An 86-year-old male patient presented to the emergency department with acute abdominal pain and distension, associated with vomiting and decreased bowel movements. Previous history was significant for intra-abdominal foreign body compatible with a gossypiboma in follow-up CTs after left hemicolectomy for adenocarcinoma in 2007.

Differential Diagnosis List
Log in to take the quiz and to see the final diagnosis
Small bowel occlusion caused by fistulization of gossypiboma.
Imaging Findings

The exploratory laparotomy showed marked gastric and jejunal distension until 100 cm after angle of Treitz, where a surgical sponge was retained (Video 1). Proximally to the obstruction, a small bowel loop was found perforated in communication into a sinus (Figure 4). Postoperative recovery was uneventful.

The term “gossypiboma” refers to the retention of a surgical sponge after surgery [1]. Its incidence is estimated in 1:100-5000 considering all surgical interventions [2,3]. Although they may occur in many locations, gossypibomas are most frequently found in the abdominal cavity [1].

Migration of the gauze through a fistulous tract may occur externally (to the skin) or internally into the intestinal lumen, vagina or bladder [3]. The risk of fistulization increases over time [1]. In the presented case, the surgical sponge induced a granuloma formation, that was adhered to a small bowel loop, remaining asymptomatic for several years. Finally, a fistulization process occurred, enabling the migration of the gauze through the intestinal lumen, causing occlusion.

Gossypibomas may mimic a number of conditions and imaging is often the key for diagnosis. Plain radiographs are the most common method of detection, as the radiopaque marker usually shows a characteristic whorl-like pattern, although one should consider that it may get distorted by folding or even disintegrate with time [1,2,4]. On ultrasound, abdominal gossypiboma presents as a well-defined mass, containing a wavy internal echo, surrounded by a hypoechoic ring and posterior acoustic shadowing [1]. CT is the modality of choice to detect gossypibomas and their possible complications. It presents as a low-density heterogeneous but well-circumscribed mass, with a densely enhancing wall. Although the mass may be difficult to distinguish from a hematoma or an abscess, the presence of radio-opaque marker, seen as a thin metallic density, provides the final diagnose. Another classical finding is a spongiform pattern containing gas bubbles [1,2,4,5].

In conclusion, gossypibomas should always be considered as a differential diagnosis of indeterminate abdominal pain, infection or mass in postoperative patients. Amongst imaging exams, CT is the mainstay of preoperative diagnosis of gossypiboma and associated complications, allowing the adequate surgical approach. 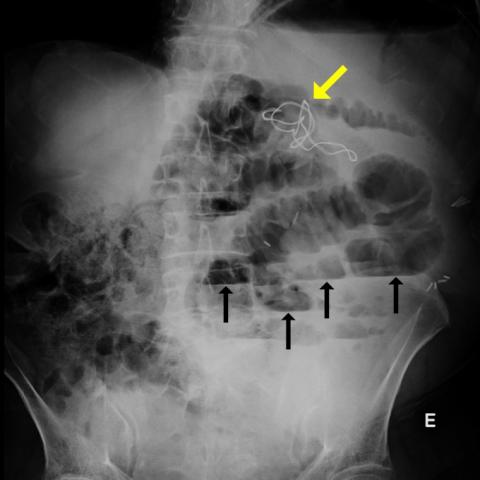 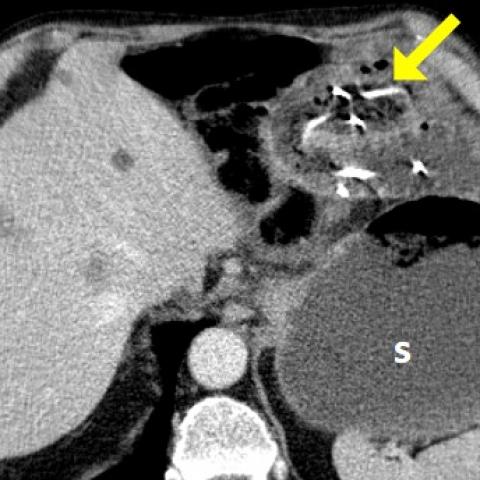 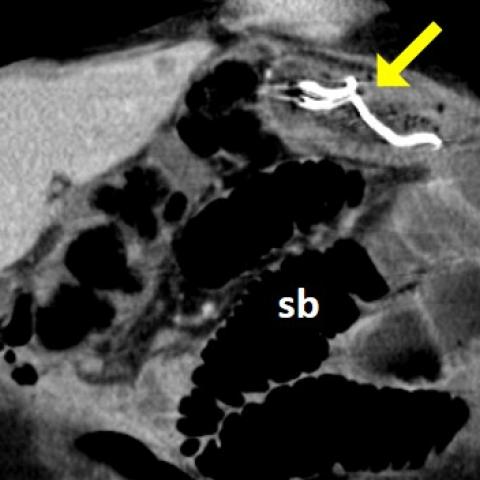 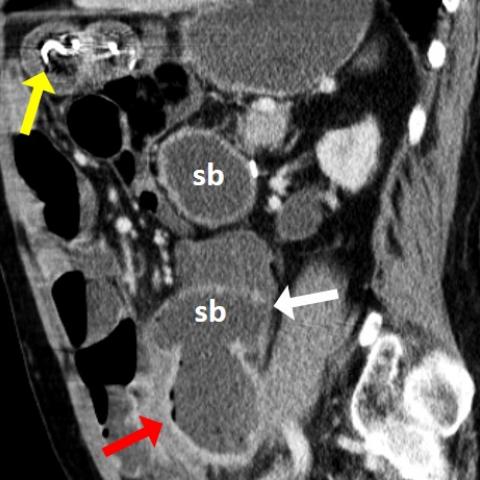 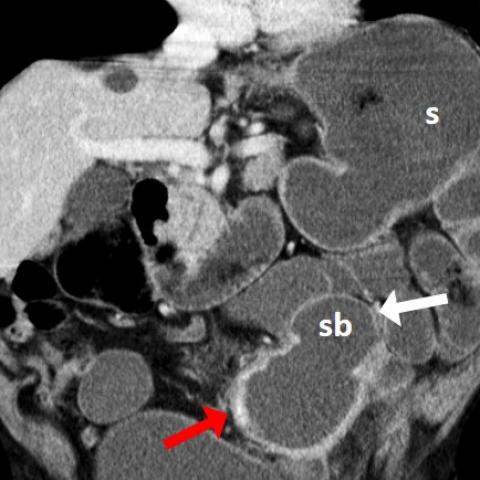 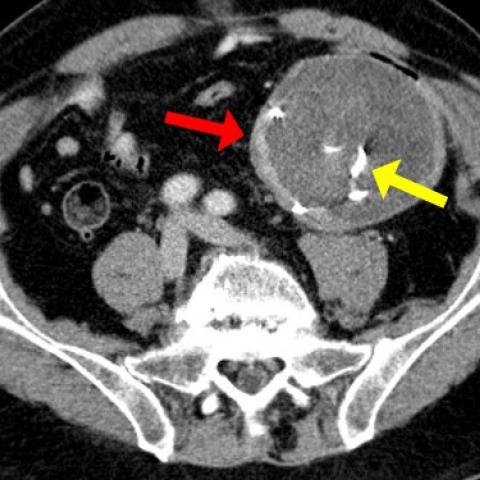 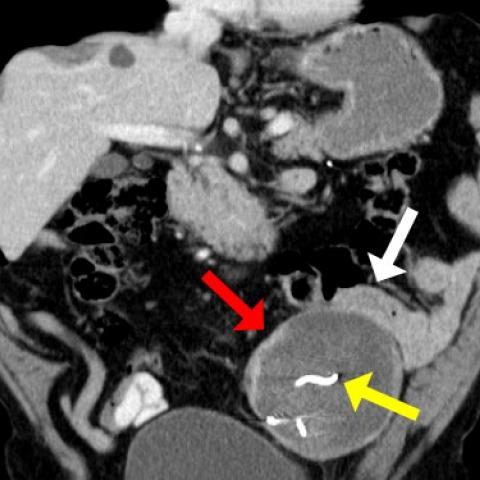 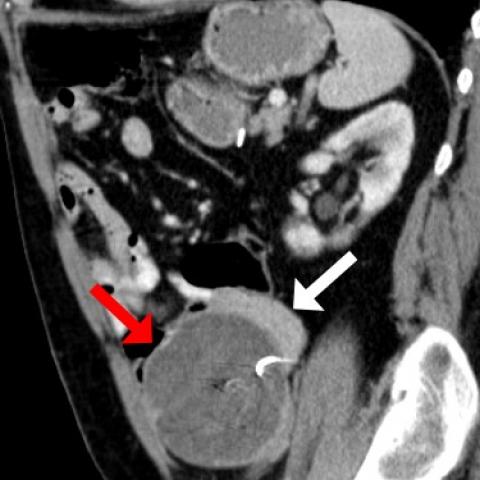 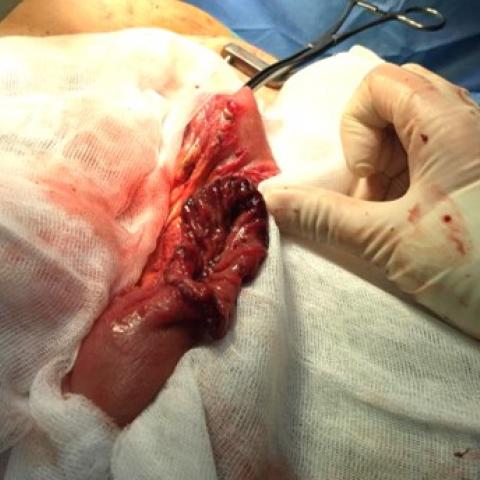 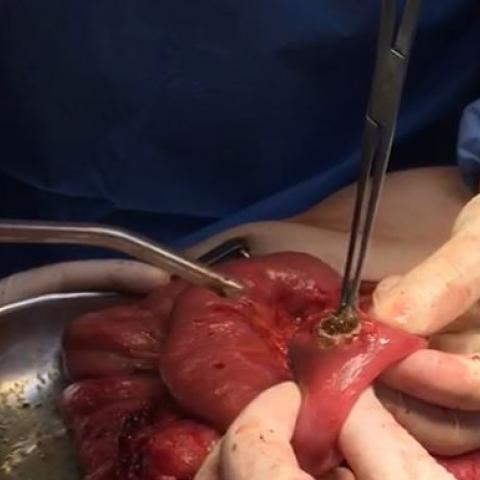 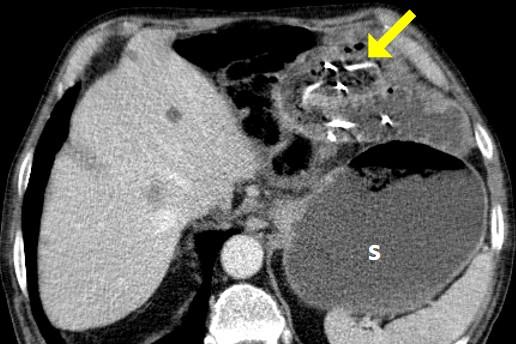 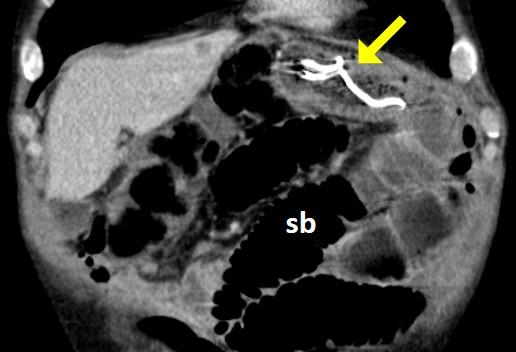 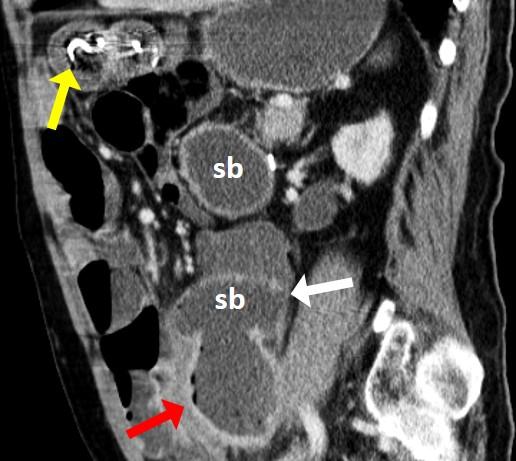 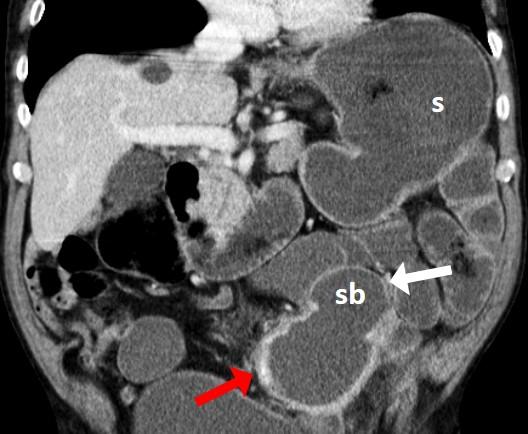 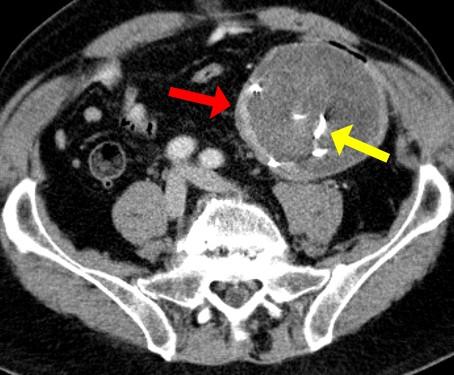 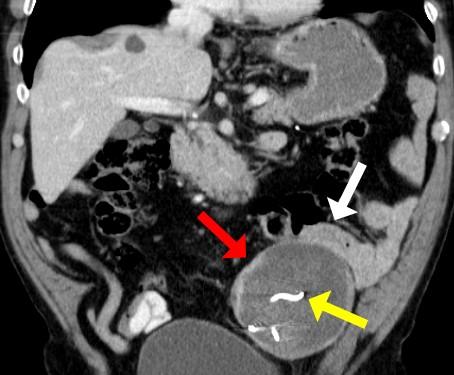 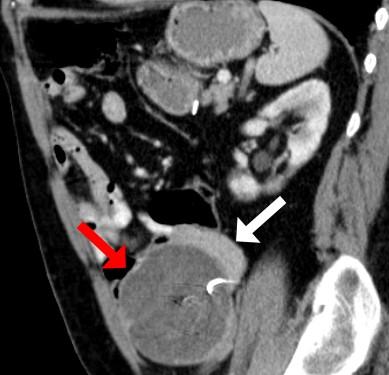 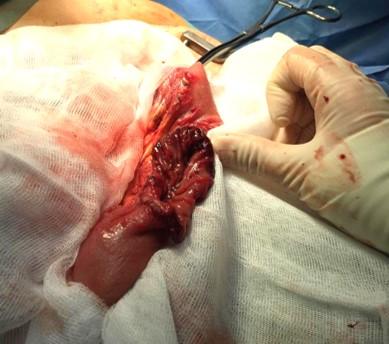