Magnetic resonance imaging showed a punctate area of bright signal on diffusion-weighted imaging  (DWI) with corresponding hypointensity on apparent diffusion coefficient map (Figure 1) and hyperintense signal change on FLAIR (Figure 2)  representing acute infarction in the dorsal aspect of Pons on the left side at the floor of the fourth ventricle at the level of ipsilateral facial colliculus.

No signal alteration was seen on T1 and T2  weighted images.

No perilesional oedema or mass effect was seen. Rest of the cerebral parenchyma was unremarkable.

MR angiography of Extracranial and intracranial segments of ICA and vertebrobasilar system were normal (Figure 3).

In this case, the clinical presentations were all the three components - consists of lower motor neuron facial nerve palsy, diplopia and horizontal conjugate gaze palsy. But not all symptoms are invariably present in every patient. The symptoms depend on what component of facial colliculus is involved [3].

MRI findings in this young patient revealed a punctate area of diffusion restriction on DWI without perilesional oedema/ mass effect involving the left facial colliculus representing acute infarction. The lesion was conspicuous on DWI and is the most valuable sequence to predict the diagnosis. 3D high-resolution FLAIR sequences with short FOV at the level of pons demonstrated this subtle lesion in this study. The imaging pattern, paucity of oedema and mass effect precluded the diagnosis of neoplasm and demyelination in this case.

Punctate area of diffusion restriction corresponding to the pontine perforator territory and acute onset clinical presentation together helps in the diagnosis of an acute ischemic event in the left facial colliculus.

LMN type facial nerve palsy, lateral rectus palsy, and conjugate gaze palsy should raise the possibility of facial colliculus syndrome. Although the clinical picture is characteristic, localizing the organic lesion is challenging. In clinical practice, such syndromes are rarely seen in their pure form, MRI with DWI and 3D High-resolution FLAIR sequences are the best techniques to focus on the brainstem to localise and characterize a subtle lesion. 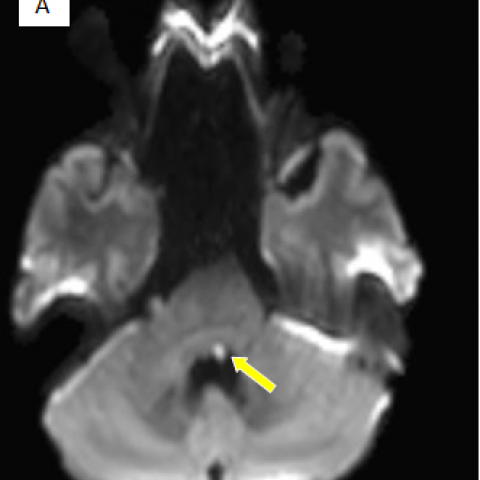 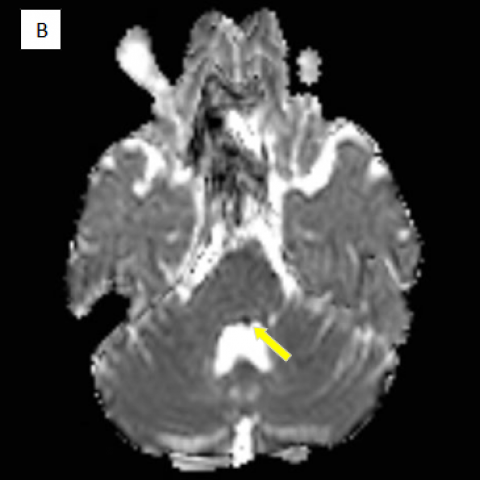 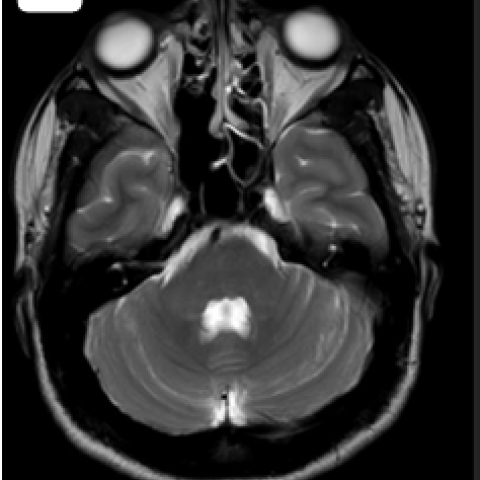 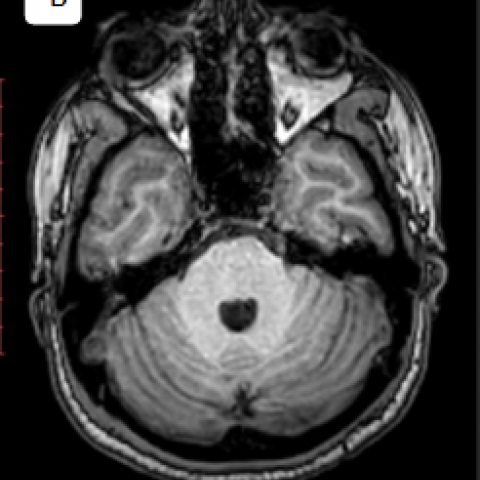 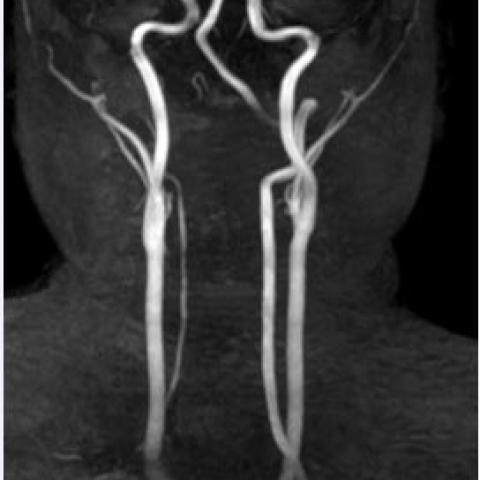 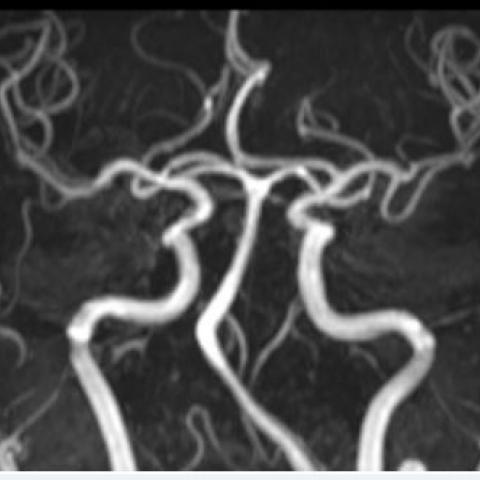 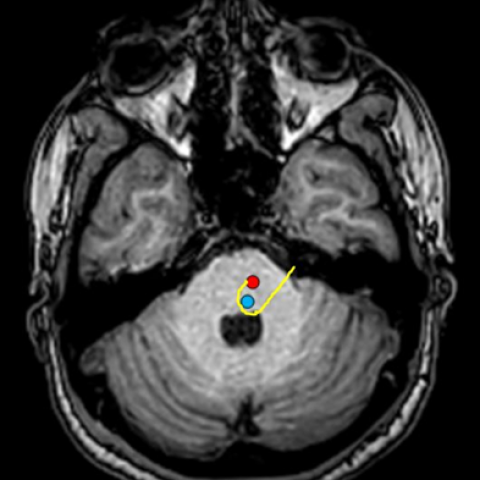 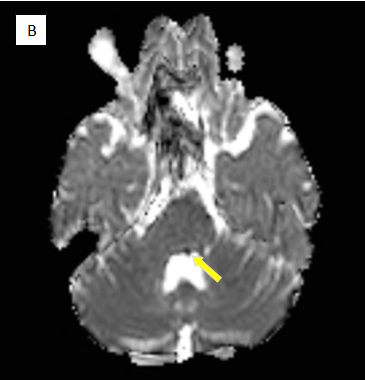 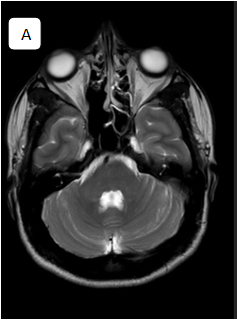 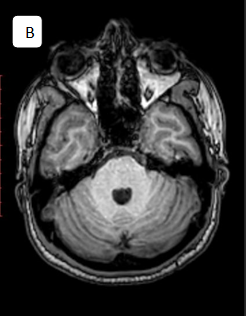 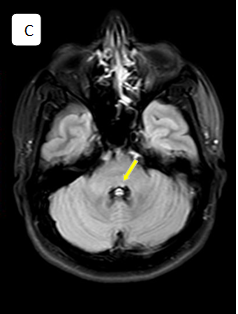 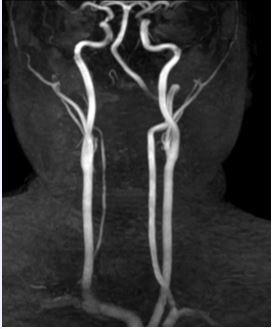 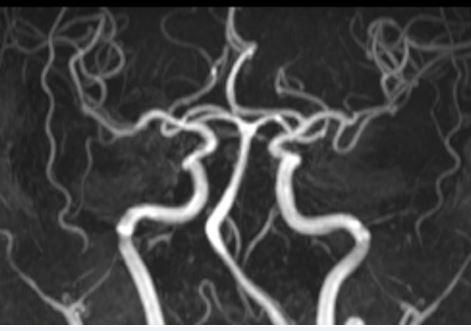 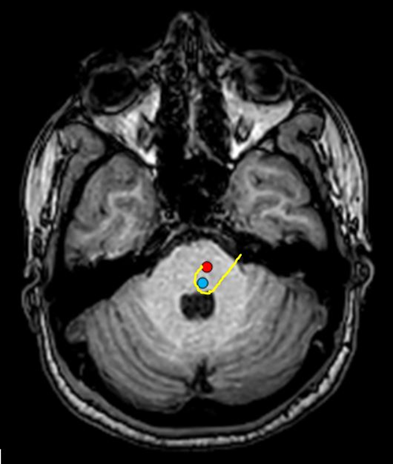