An 8-year-old patient presented in the emergency room with a 3-month clinical picture of intermittent generalized abdominal pain exacerbated in the last hours by vomiting, bloody stools and fever. Physical examination reveals a painful mass in the left hypochondrium. A year earlier, he had consulted with the same symptoms and a diagnosis of intussusception was made, which resolved spontaneously.

X-ray of the abdomen (Figure 1): Decreased intestinal gas pattern with dilation of loops of the colon, predominantly towards the splenic angle with a maximum diameter of 3.3 cm and air-fluid levels. Presence of distal gas.

Ultrasound: Longitudinal pseudo-kidney image (Figure 2A) and axial "target" (Figure 2B), located in the left hypochondrium, with colour Doppler flow.

Simple abdomen tomography (CT): Large pseudo-kidney image compatible with ileojejunal intussusception (Figure 3 A) and bullseye sign (Figure 3 B). Adjacent two hypodense rounded images are observed with calcification in their periphery that does not rule out the presence of polyps (Figure 4).

Surgery and histopathology confirm the CT findings compatible with hamartomatous polyps (Figures 5 and 6).

Intussusception is a frequent complication in patients with hamartomatous polyposis intestinalis, generally occurs in the small intestine [1,2]. Intussusception occurs when a segment of the intestine with its mesentery (intussusceptum) invaginates into the lumen of an adjacent intestinal segment (intussuscepiens). Its classic presentation triad is that of abdominal pain, bloody stools and a palpable abdominal mass [3].

The key imaging findings of intussusception are:

1. Ultrasound: ‘doughnut sign’ (doughnut) in the images of the short axis of the compromised segment or image of pseudo-kidney in the longitudinal axis [4].

3. Resonance (MRI): It allows a better characterization of extra enteric abnormalities with high contrast in soft tissues and does not use ionizing radiation, which allows it to be used as a tool as many times as necessary for the diagnosis and monitoring of these patients without accumulating doses. radiation. For this reason, the most recent studies recommend the evaluation of small bowel pathologies with MRI as the first line, as it becomes available and the patient is in the clinical conditions to obtain it [6,7].

Polyps histology shows a central region of smooth muscle originating from the muscularis mucosae and branching out from the polyp that is covered by a hyperplastic epithelial layer [8] (Figures 5 and 6).

The diagnosis of polyposis intussusception as a structural aetiology is confirmed intraoperatively with the subsequent histopathological study.

Expectant management is indicated in most patients with intussusception secondary to polyps since they tend to reduce invagination spontaneously. However, in cases of recurrence, surgical management with resection of the polyps can be chosen to avoid recurrences and in association with other complications such as obstruction, bleeding and malignancy. Likewise, the follow-up of these patients and their screening are indicated given the association described with Peutz Jeghers syndrome [9].

The patient, who did not have other clinical manifestations (for example, cutaneous) or had other relatives with the described clinic, was referred to the genetic consultation where it was confirmed that he was not hereditarily linked, therefore it was concluded that it was isolated polyposis.

Therefore, the role of the radiologist in agreement with the clinician is essential to make a timely diagnosis, especially in the pediatric population to increase survival and decrease morbidity and mortality in these patients, through the correct identification and association of the imaging findings described above.

The key points in the identification of this entity are clinical correlation for abdominal pain, bloody stools, palpable mass and image: the sign of the pseudo-kidney and doughnut.

Informed written consent was obtained from the patient for publication. 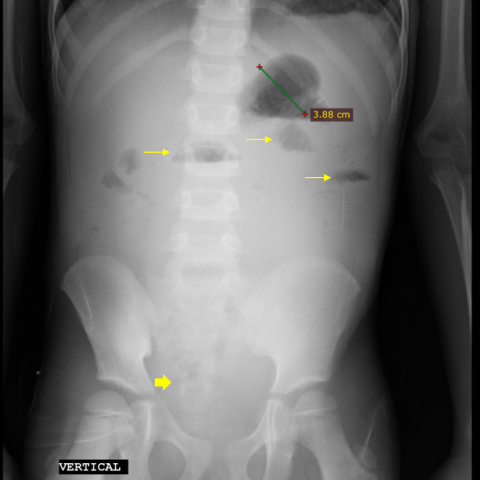 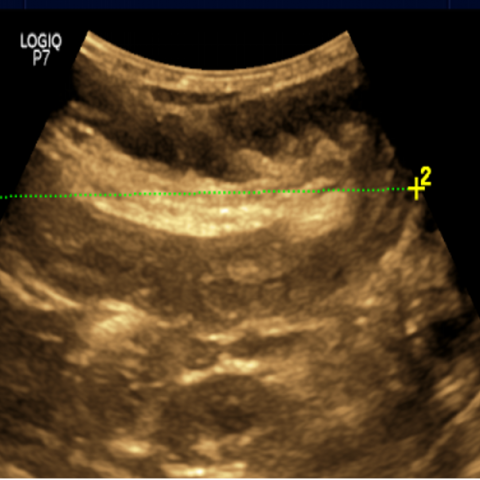 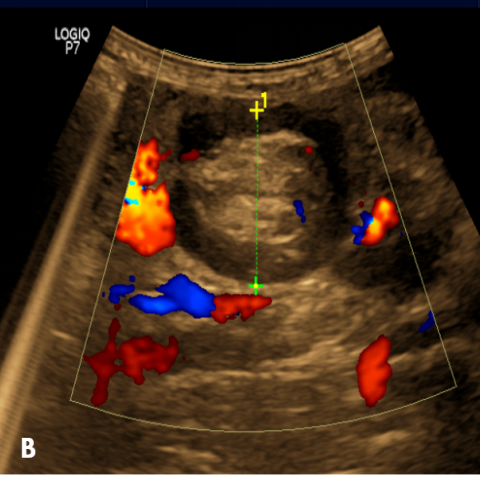 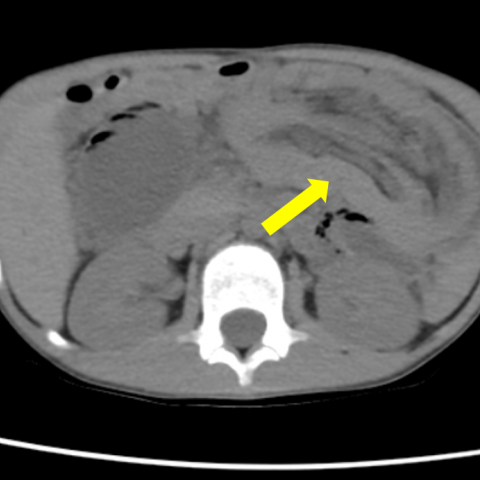 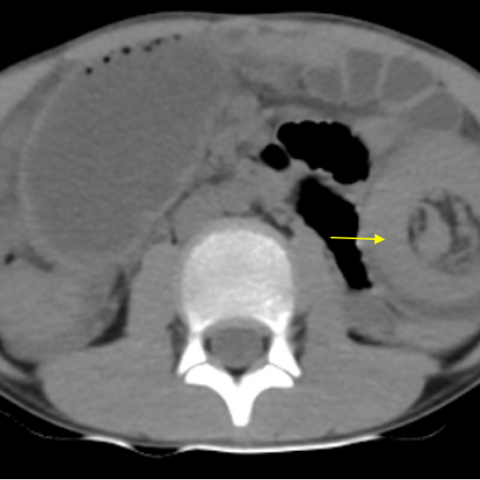 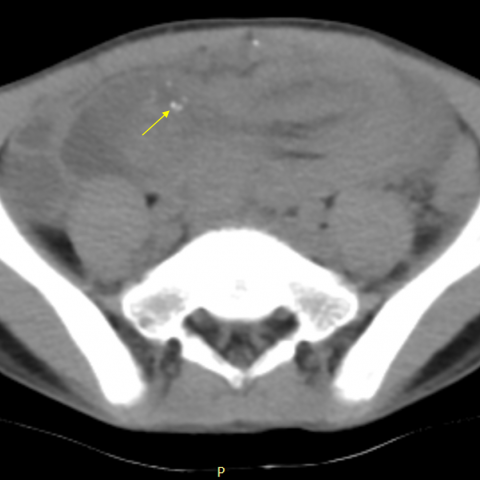 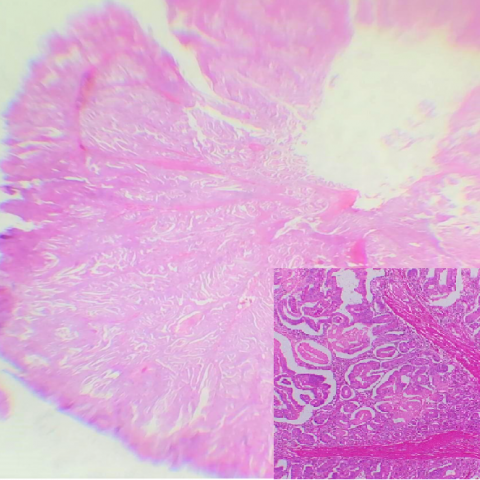 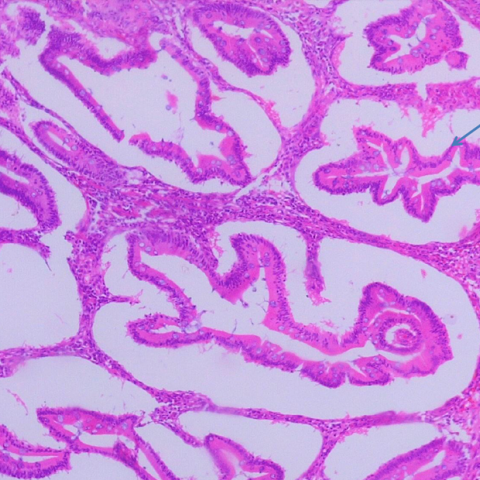 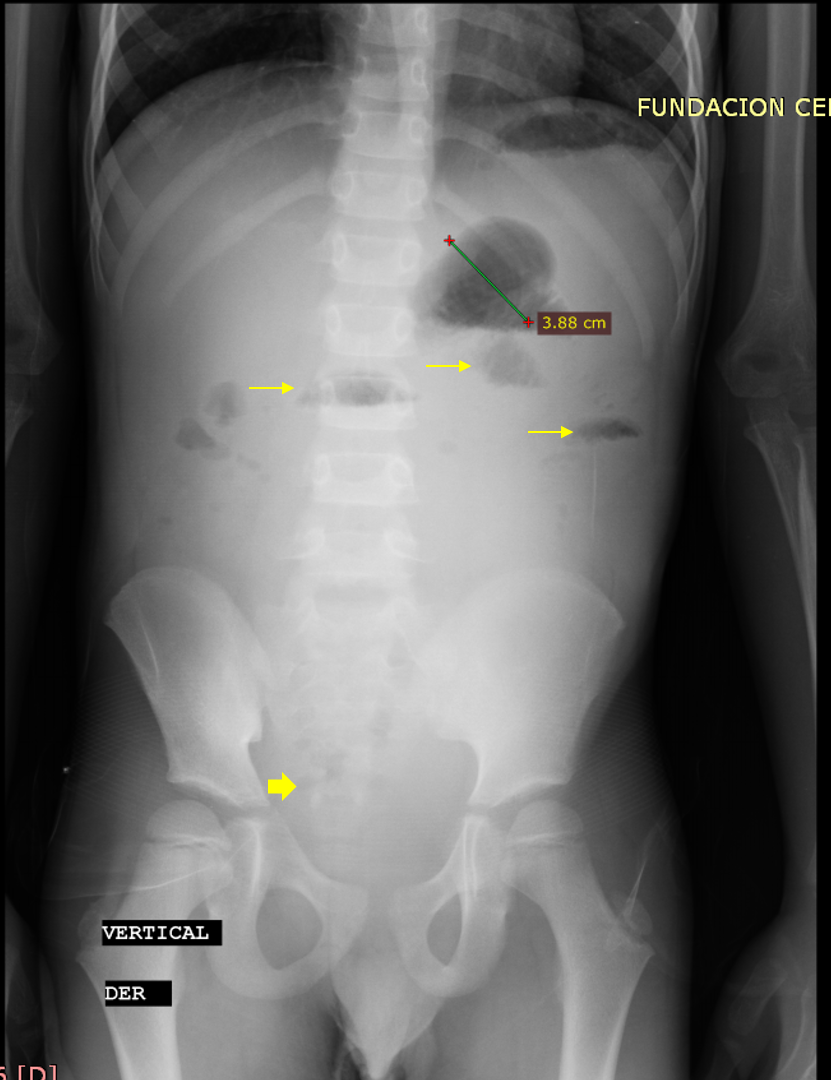 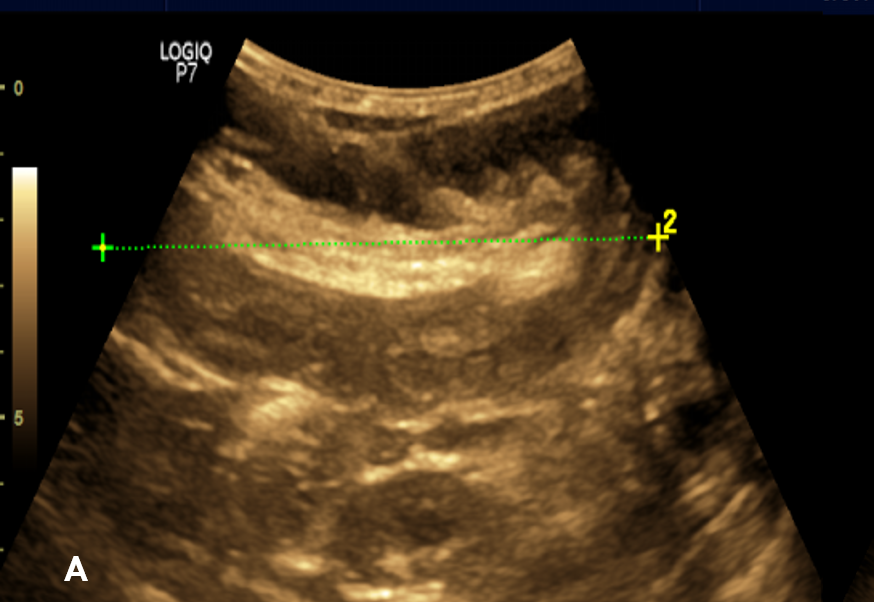 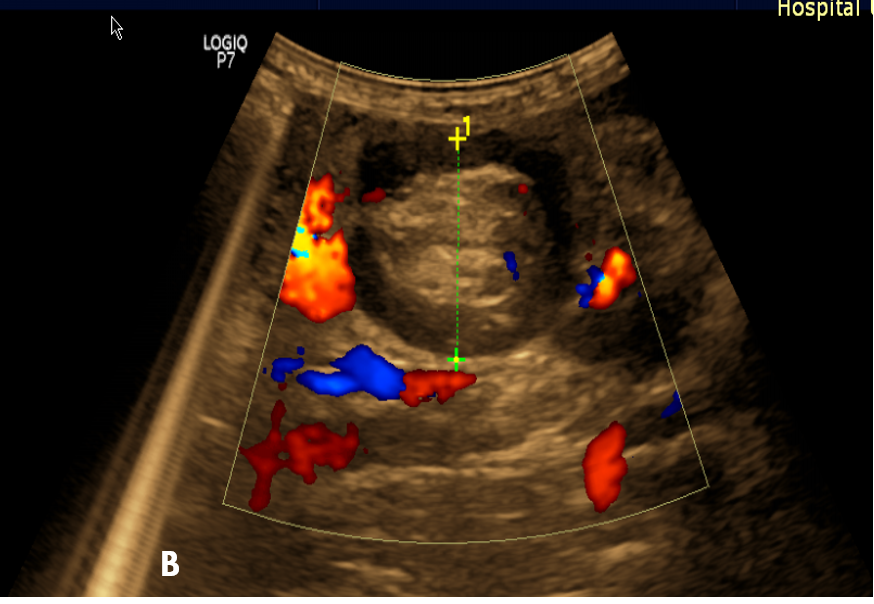 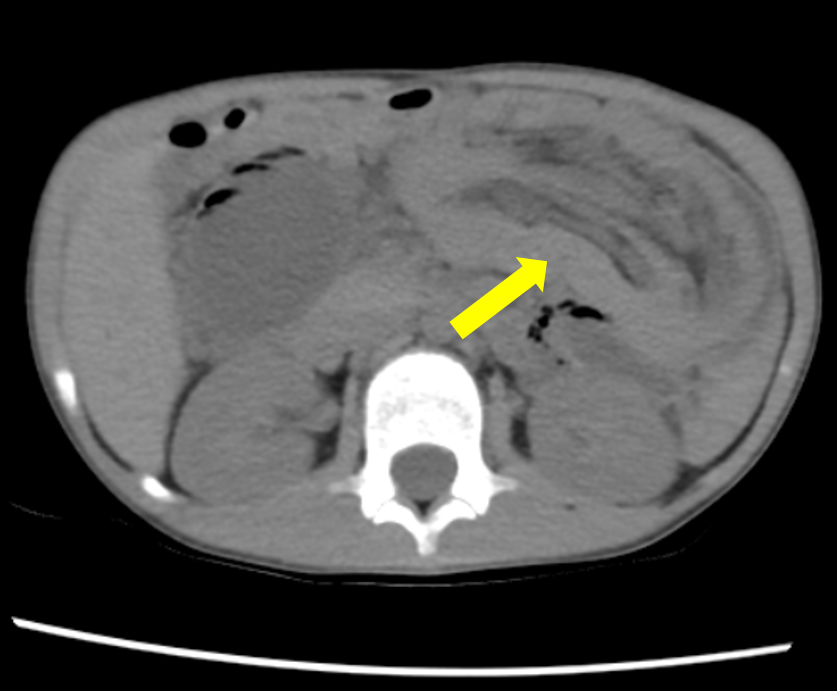 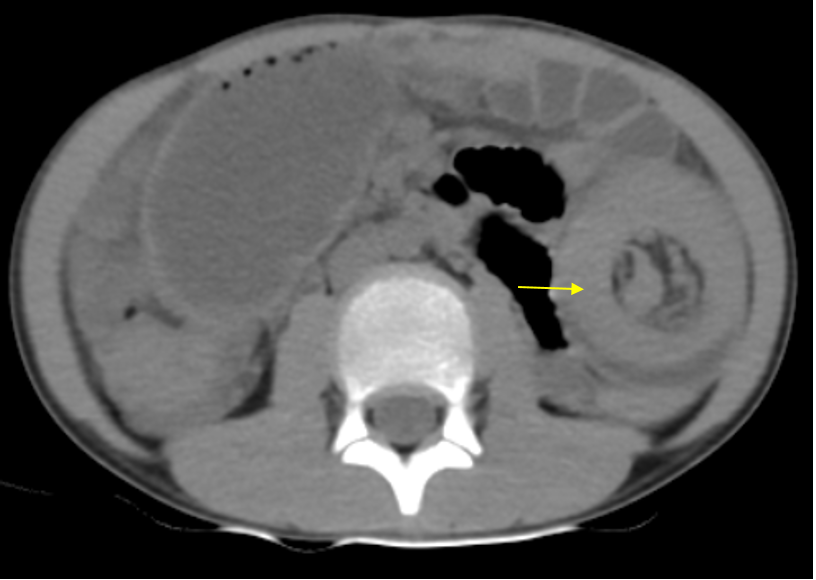 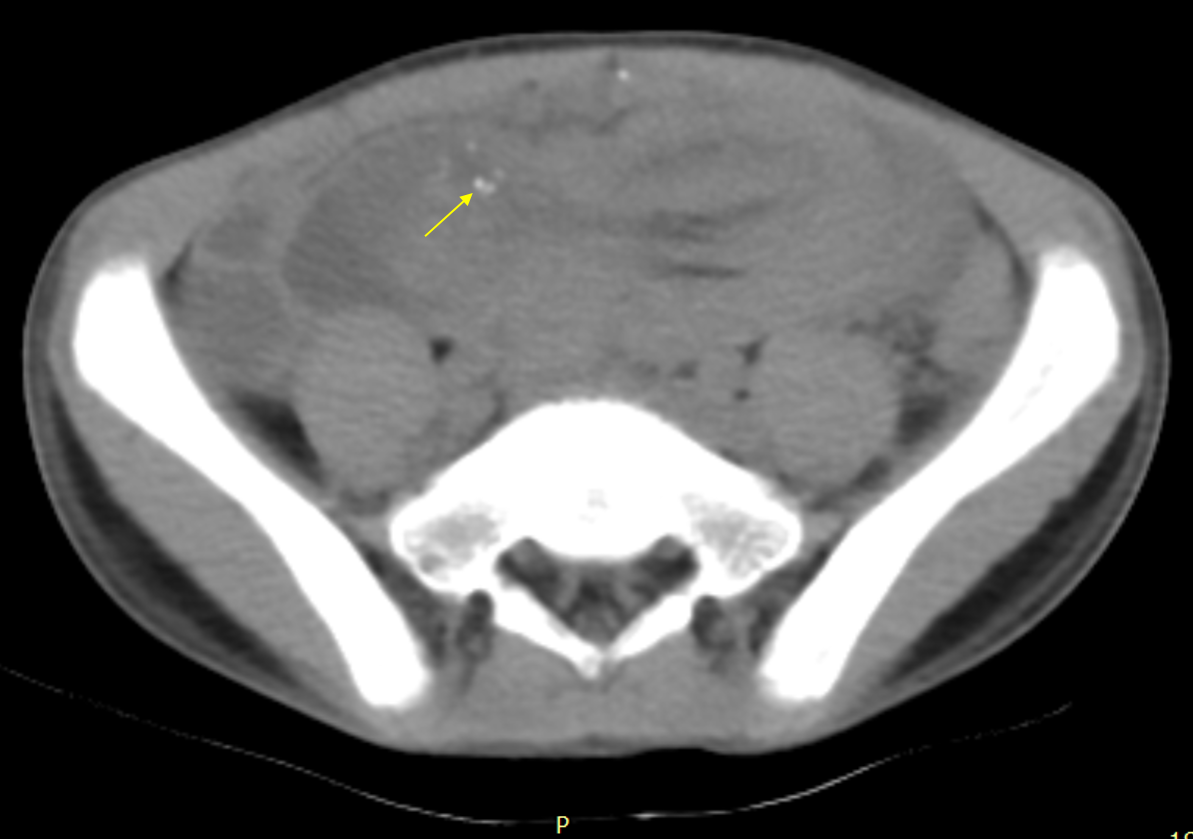 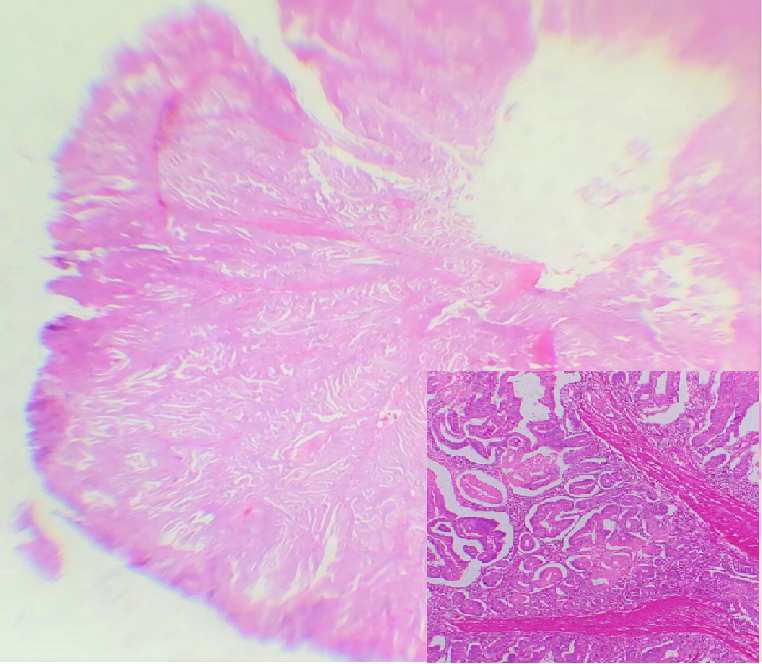 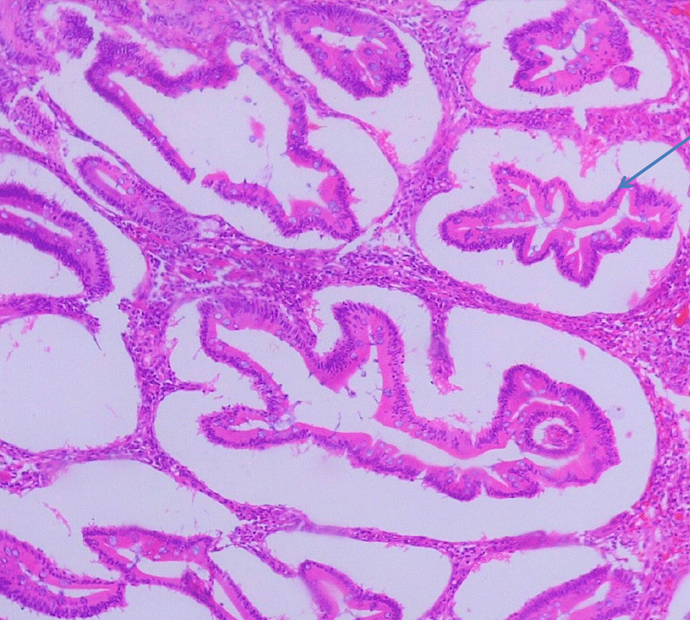