A 72-year-old male was admitted to our emergency department with intermittent haematochezia for three days, and syncope tied to an episode of abundant live blood loss per-anum. On physical examination, he was pale and prostrated, hypotensive and with signs of poor peripheral perfusion, with a haemoglobin level of 6,8g/dL.

After hemodynamic stabilization, an upper gastrointestinal endoscopy was performed, which reported no abnormalities. Subsequent colonoscopy showed abundant blood in the colon (Fig. 1), but was unable to identify the source of the bleeding or to fully evaluate the right colon.

A contrast-enhanced CT scan was performed revealing small bowel diverticulosis, with no evident complications at this time (Fig. 2). These findings raised suspicion that the source of bleeding was one of the diverticula.

Given the patient's clinical deterioration, with falling haemoglobin and hemodynamic repercussion, an angiographic CT scan was performed approximately 24 hours later, during an episode of sustained large volume haematochezia, identifying the bleeding source in one of the jejunal diverticula with obvious blushing of contrast into the bowel lumen (Fig. 3).

Small bowel bleeding accounts for about 5-10% of all gastrointestinal bleeding. For its evaluation, several diagnostic methods can be used, computed tomography (CT) the most frequent as it allows diagnosis and exclusion of a wide range of pathologies. [1,3] Two CT methodologies can be used to assess gastrointestinal bleeding: CT angiography, which is the most viable option in emergencies, and CT enterography when in an outpatient setting or in hemodynamically stable patients who can tolerate oral preparation. [1,3]

Small bowel diverticulosis is uncommon, and its diagnosis can be difficult because there are no specific clinical symptoms. [4,5] Diverticula of the small bowel, unlike Meckel's diverticulum, contain only mucosa and submucosa, so they are classified as pseudo-diverticula. Jejunoileal diverticula usually arise at the mesenteric border, at the weak muscle layer. Given their location, they can often be interposed between mesenteric leaflets, making identification difficult on imaging. [5]

When complicated by bleeding, contrast-enhanced CT reveals contrast agent within the diverticulum in the arterial phase followed by dispersion on the venous phase. [6] Although there are no set guidelines for treating complicated small bowel diverticulosis, surgical resection remains the treatment of choice for most complications. In bleeding, angiography with ultra-selective embolization, argon plasma coagulation and endoclip placement via deep enteroscopy have also been described. [4,5,7] Our patient underwent successful segmental enterectomy. 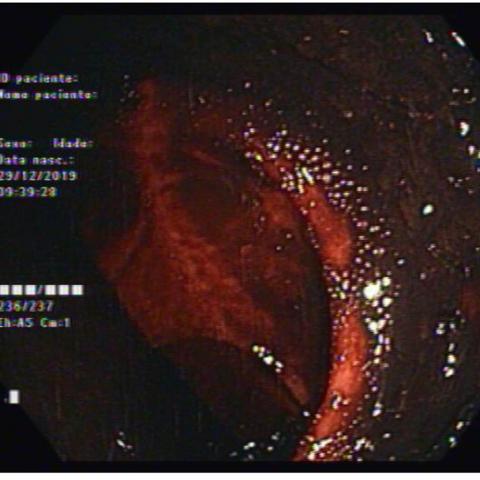 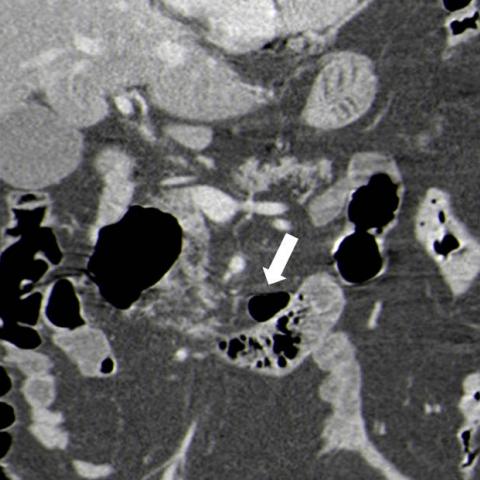 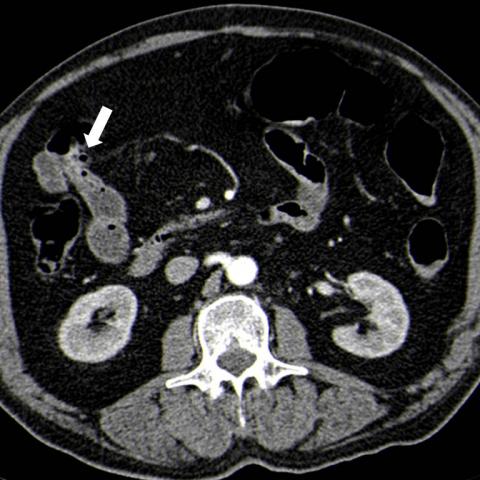 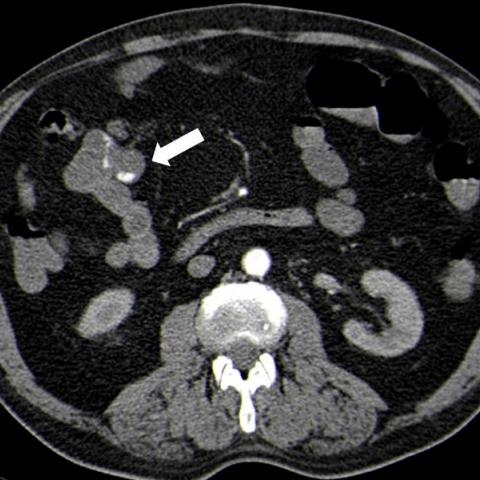 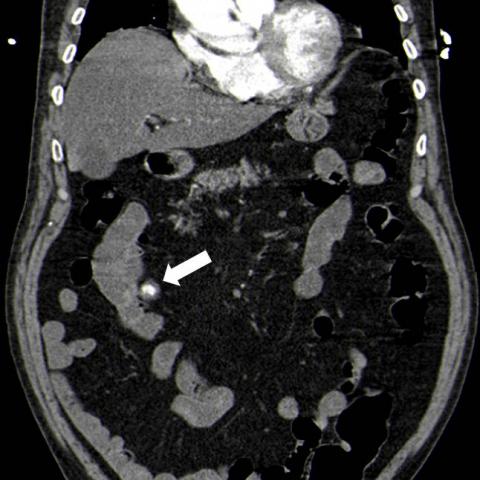 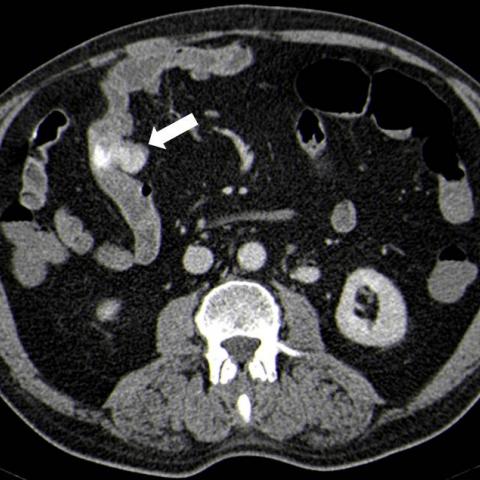 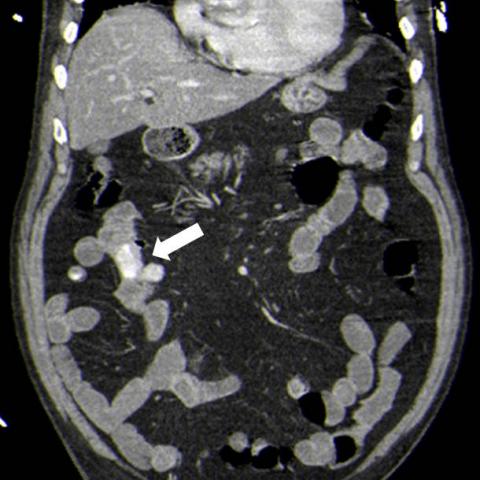 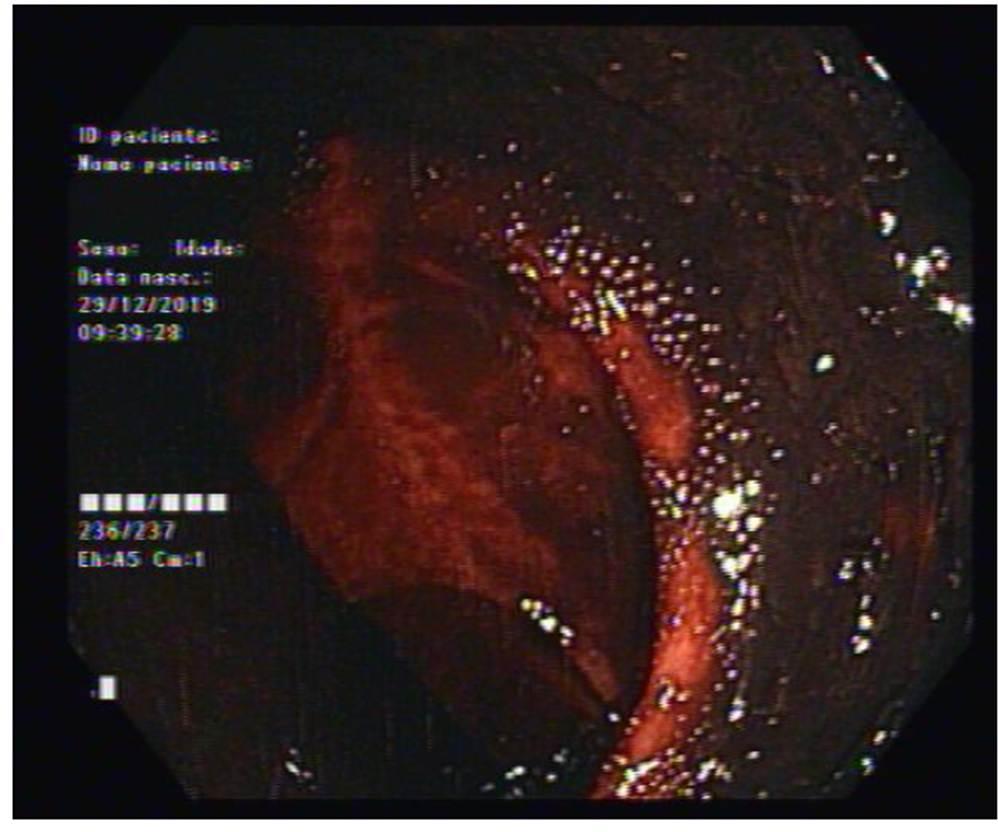 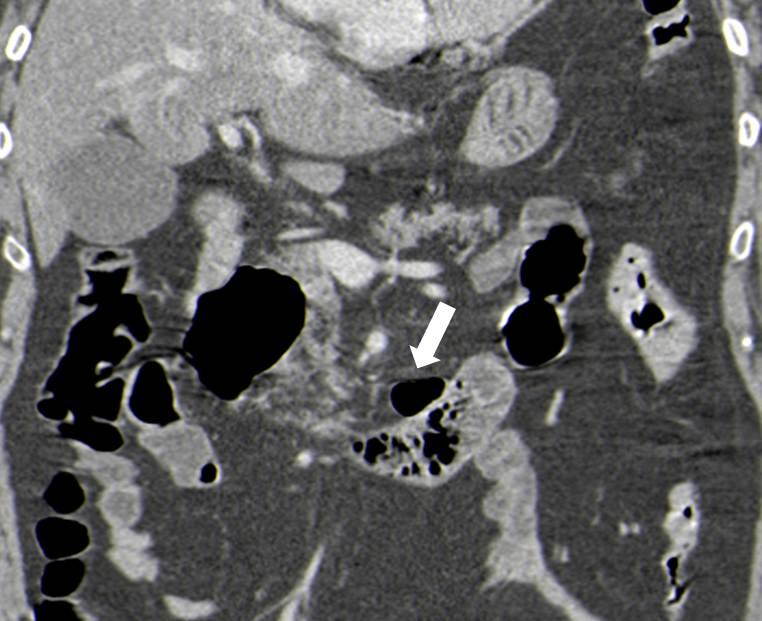 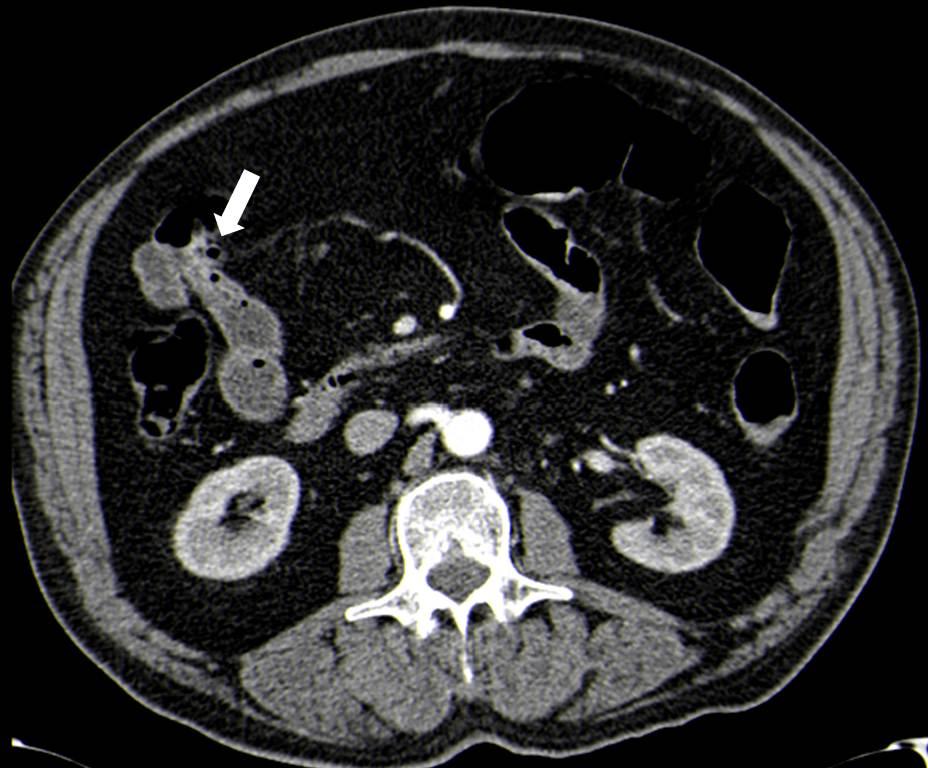 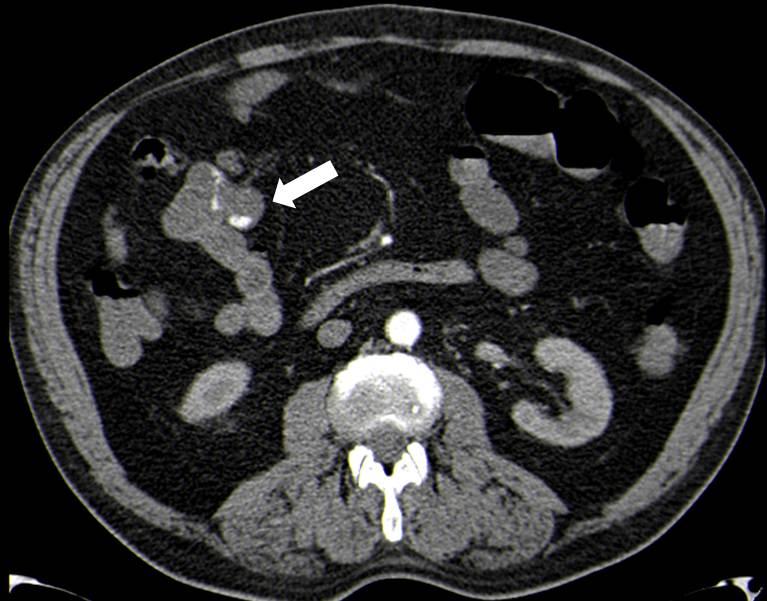 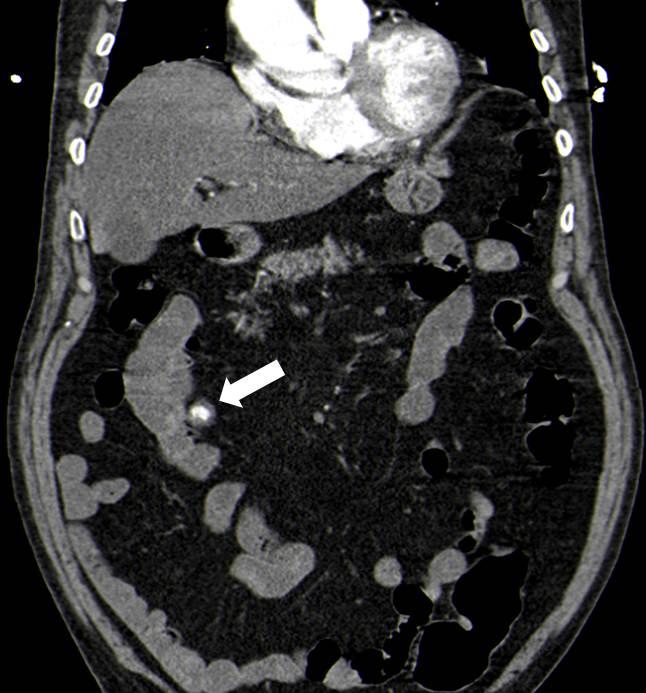 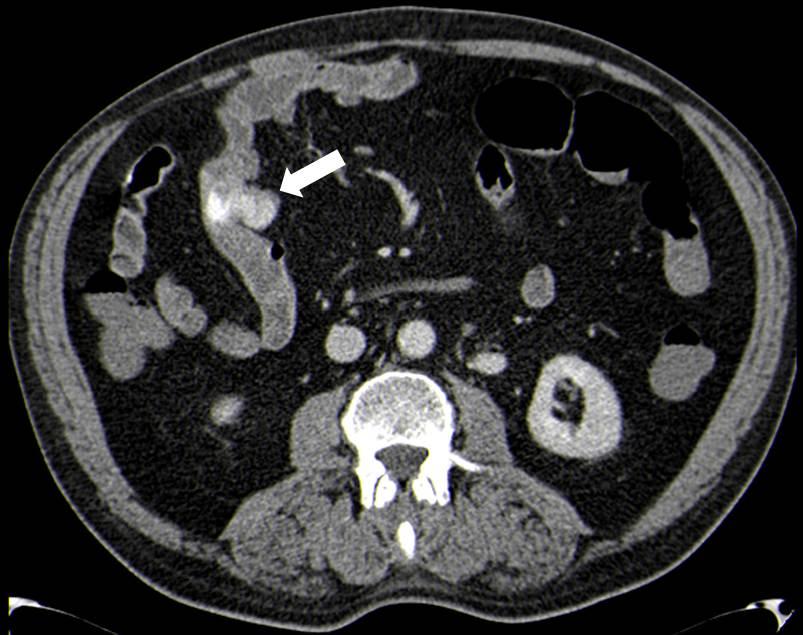 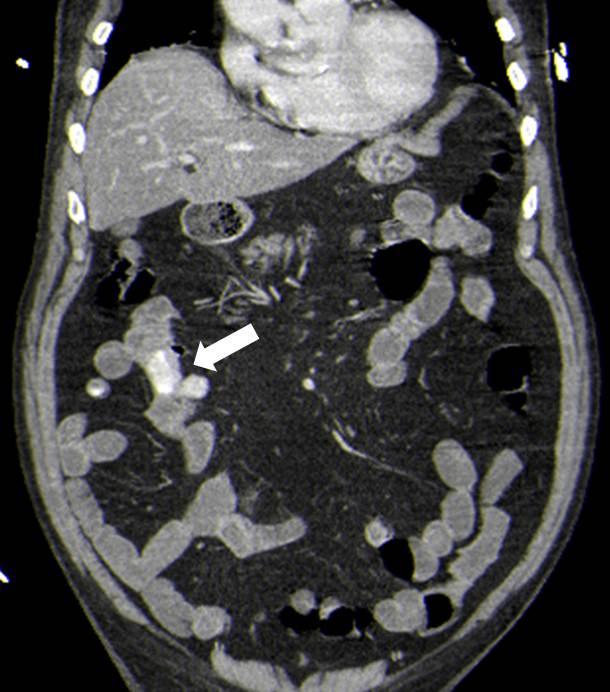