Cerebellar haemangioblastomas usually present in the third decade with ataxia and discoordination, or with symptoms of increased intracranial pressure due to associated hydrocephalus. The average age of presentation in adulthood is 33 and there is a male preponderance. In childhood cerebellar haemangioblastomas are usually seen in association with von Hippel-Lindau disease and there is a female preponderance. Erythrocythemia occurs in 20% of cases.

CT may be used in the investigation of cerebellar haemangioblastoma, but MRI is the preferred imaging study. Typical findings on imaging are: a cystic mass (two-thirds of cases) or solid tumour (one-third of cases); homogenous enhancement of the mural nodule (50% of cases); and occasional enhancement of the cystic wall. The lesion almost never calcifies. Angiograghy shows dense staining of the cystic wall and nidus. Differential diagnosis includes: astrocytoma (>5cm, calcifications, no angiographic contrast blush of mural nodule, no erythrocythemia) and metastasis.

Haemangioblastoma, although can cause mass effect with obstructive hydrocehpalusand intracranial hypertension, is a treatable and curable disease. The standard treatment is surgical resection and this should be offered to the patient unless the risk of the operation outweighs its potential benefits. Other therapeutic modalities include endovascular embolisation of the solid component of the tumour, which may decrease the vascularity of the tumour and lower blood loss during its resection, and stereotactic radiosurgery of the tumour using either a linear accelerator or a gamma knife. Post-resection long-term recurrence rates seem to depend on the presence of VHL disease and multicentric lesions 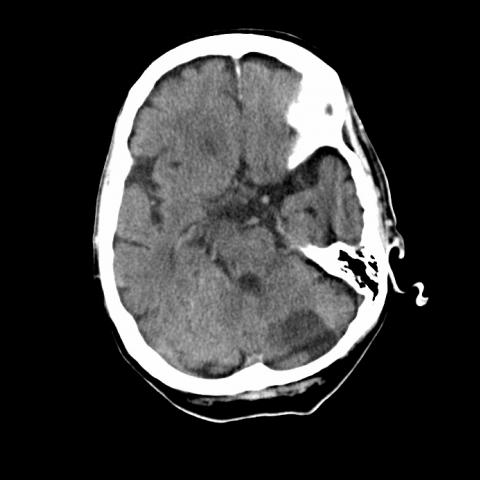 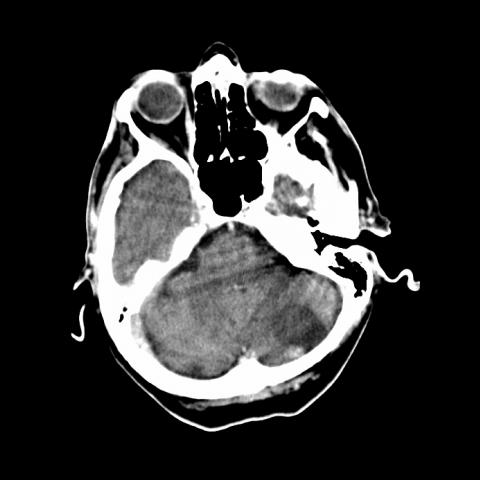 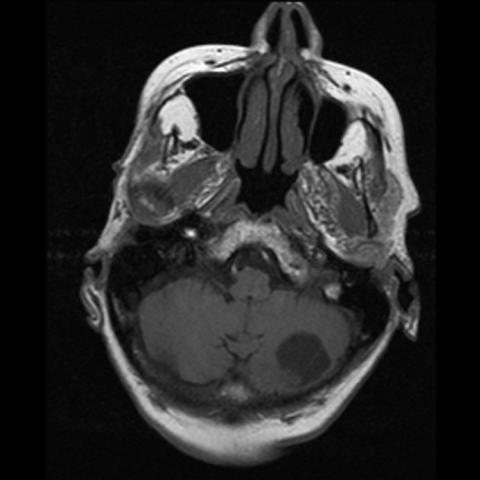 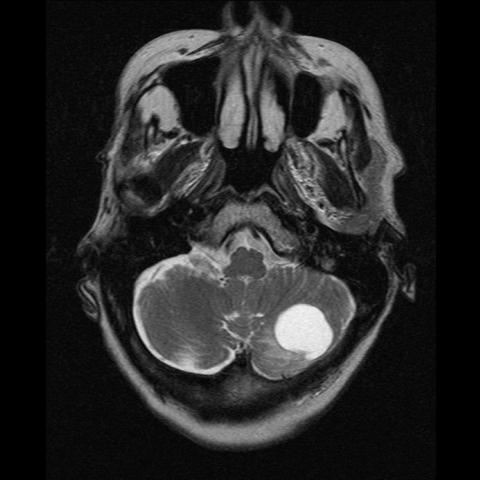 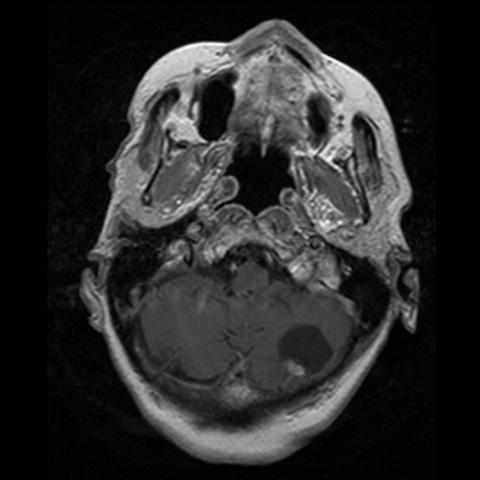 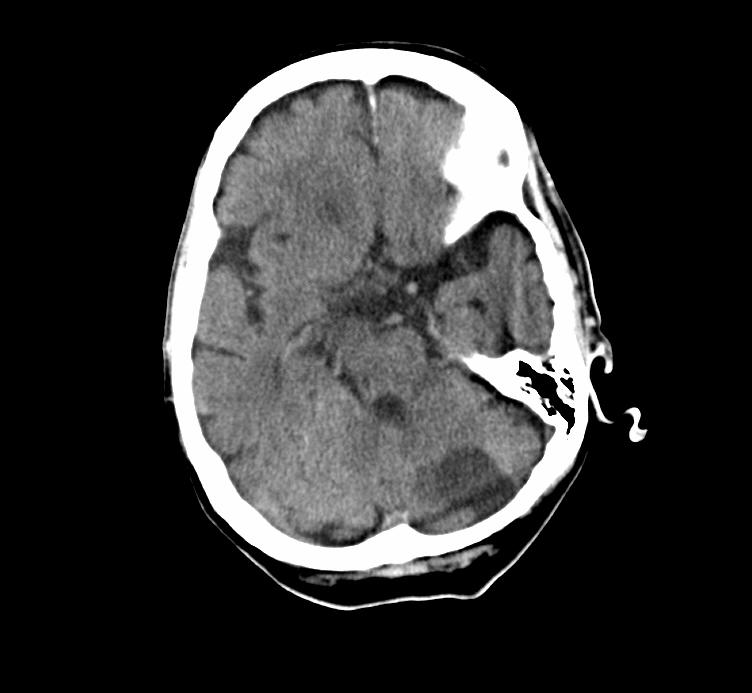 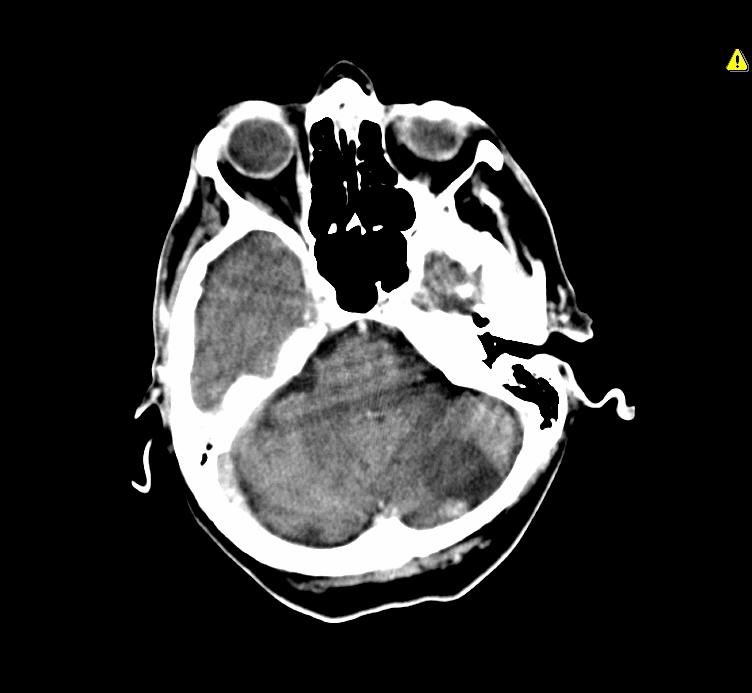 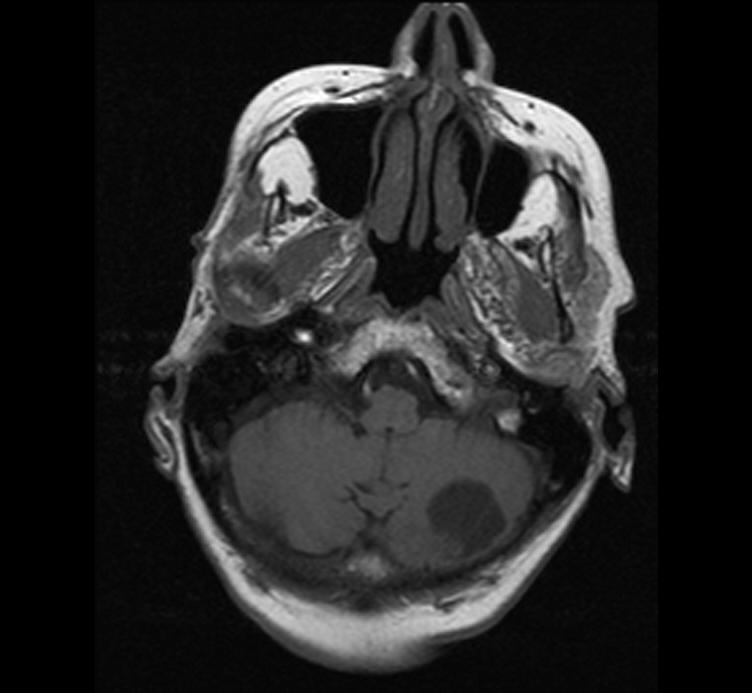 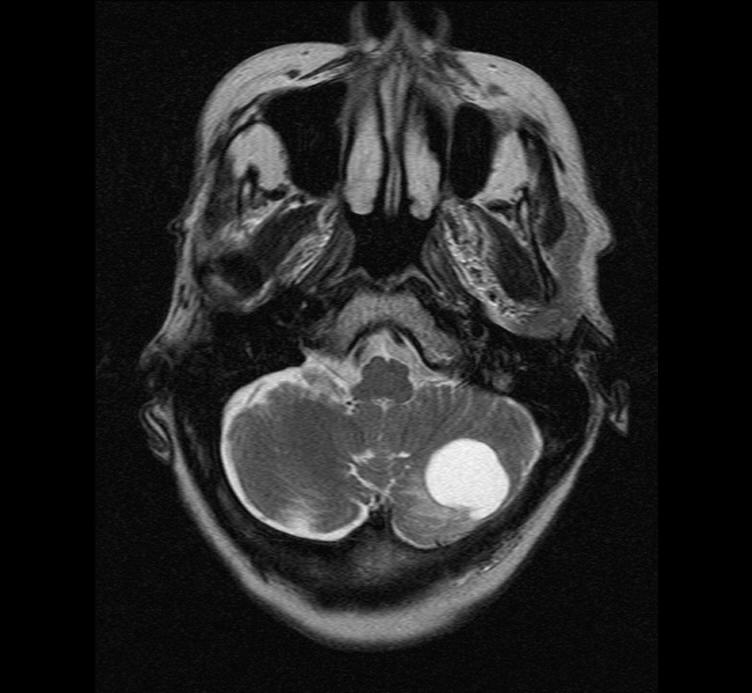 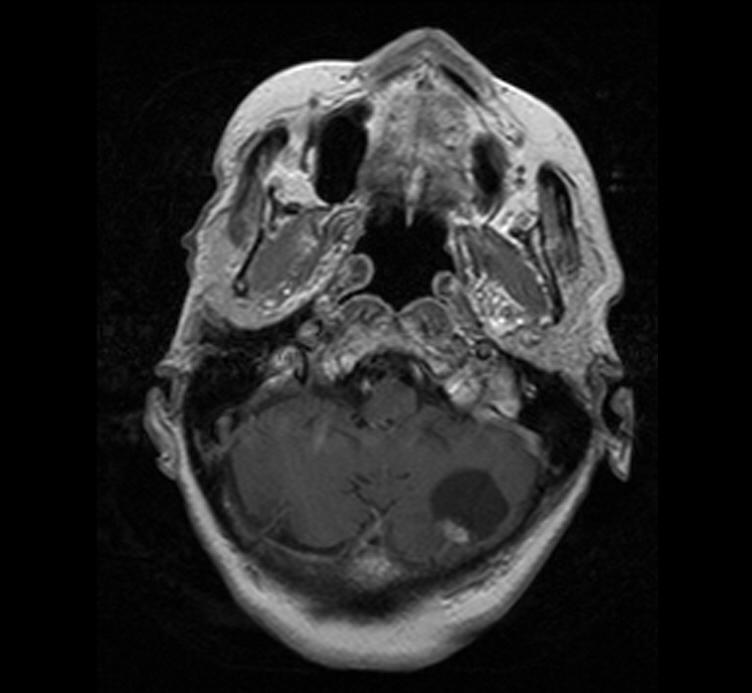 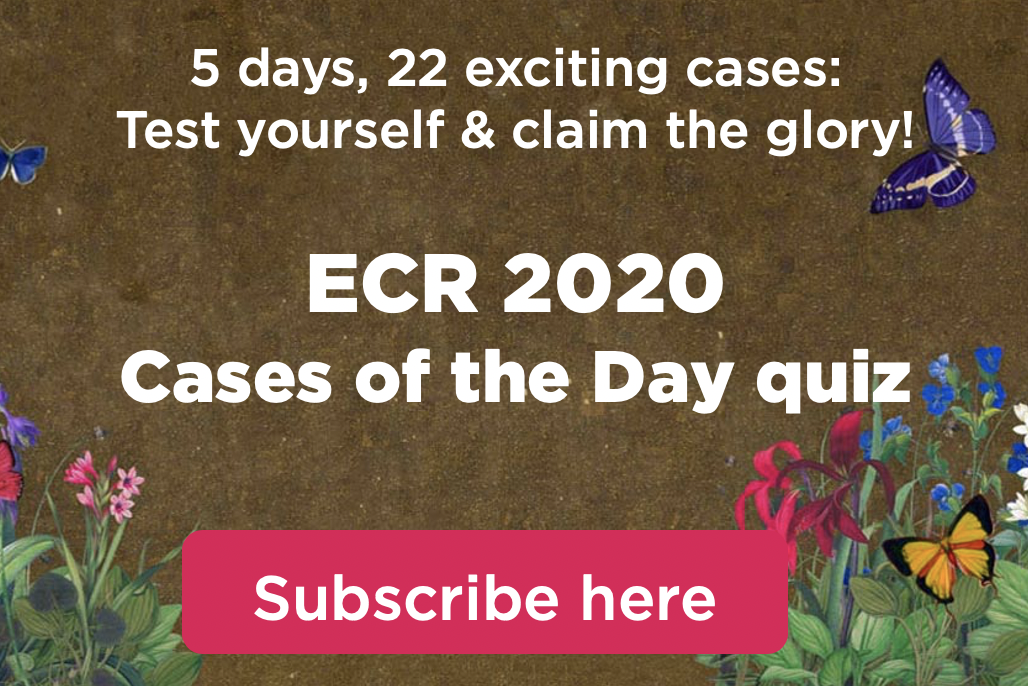