1Department of General and Emergency Radiology, “A. Cardarelli” Hospital, Naples/ IT

A 56-year-old female patient complaints of abdominal pain progressively worsening and constipation. She had previous surgery for appendectomy and right ovariectomy, followed by chemotherapy.

Ultrasound shows the presence of particulate abdominal fluid, so the patient underwent enhanced-CT.

Contrast-enhanced computed tomography (CT) was performed to characterise the US findings and to clarify the aetiology of the abdominal pain. It revealed low attenuation, loculated fluid in the peritoneal cavity with invasion of the greater omentum and peritoneal thickening, enveloping of the bowel loops with obstruction, and mass effect with scalloping the liver and spleen surfaces (Figure 1,2,3).

Pseudomyxoma peritonei  (PMP) refers to the intraperitoneal accumulation of a gelatinous ascites secondary to rupture of a mucinous tumour located at the appendix [1]. Occasionally, mucinous neoplasms from other organs, including ovary, colon, urachus, and pancreas, may present with the clinical appearances of classical PMP [3,4]. It leads to bulky mucinous deposits in the abdominal cavity, causing an increase in intraabdominal pressure and risk of bowel obstruction. Treatment consist of cytoreductive surgery and intraperitoneal chemotherapy.

CT and MR typically show the presence of low attenuation, loculated fluid in the peritoneal cavity, enveloping the bowel loops and scalloping the liver and spleen surfaces with mass effect [1,2] (Figure 1,2,3). Calcifications may be also frequently detected.

Although these features may be similar to those seen in peritoneal carcinomatosis, there are several signs that point to PMP [5]

the extent of the scalloping, which indicates extrinsic compression of the liver by gelatinous masses;

In the present case, the knowledge of previous surgery for appendix and ovarian tumour guided the clinical suspect. 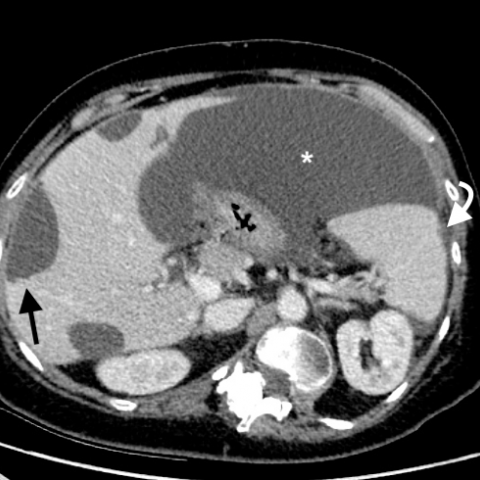 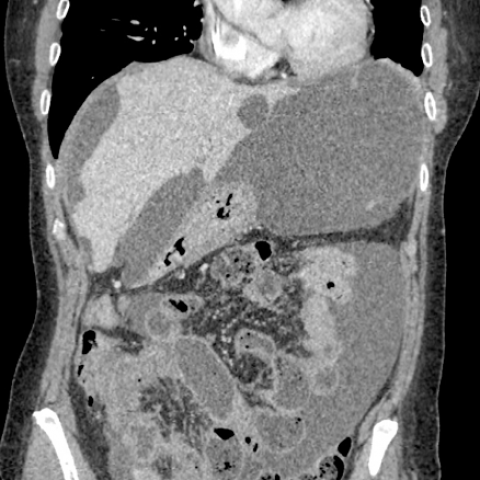 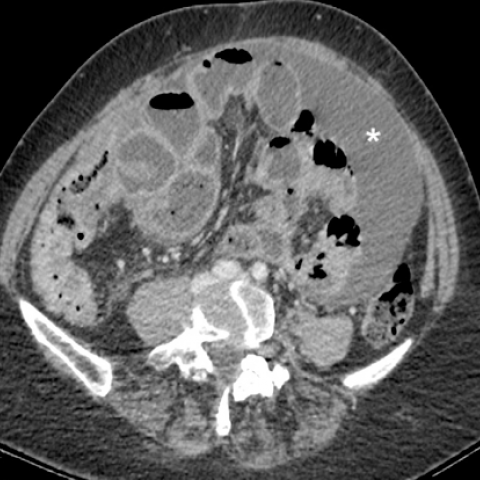 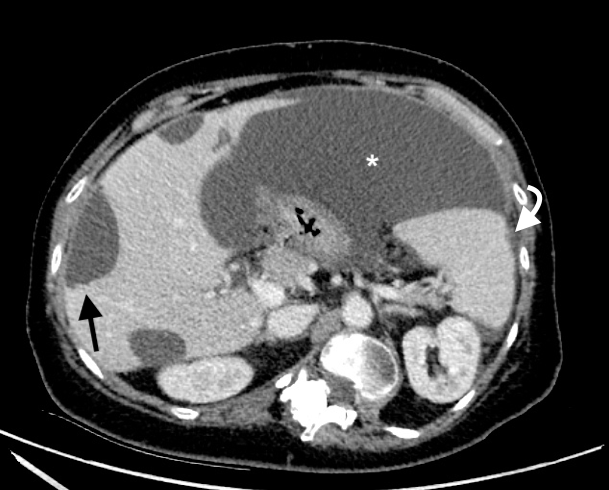 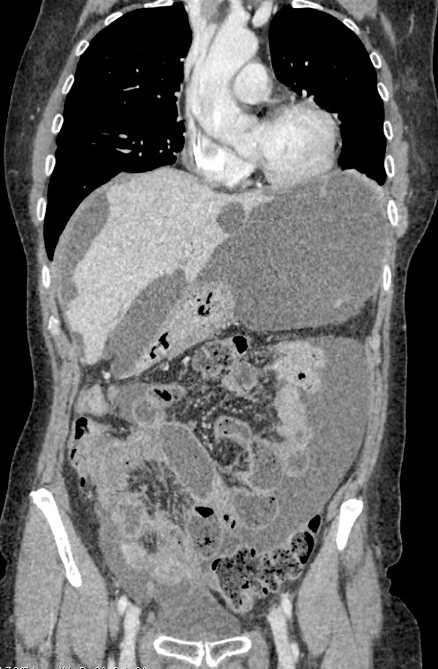 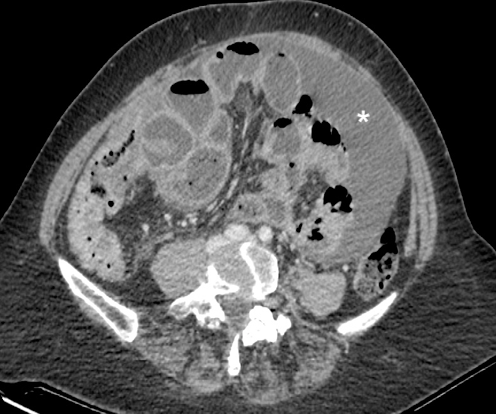