A 59-year-old woman with ulcerative colitis came to the emergency department for dyspnoea for 14 days with cough. Laboratory findings: increased inflammatory markers.

During the last year the symptoms of inflammatory bowel disease worsened with diarrhoea 8 times per day with blood.

Differential Diagnosis List
Log in to take the quiz and to see the final diagnosis
Thickening of the wall of the right main bronchus as manifestation of ulcerative colitis.
Tumor mass in the right pulmonary hilum
Infection – pulmonary, bronchial
Metastasis
Imaging Findings

There are now CT signs of pulmonary embolism.

Enlargement of the right main bronchus with lymphadenopathy in the right hilum is very suspected for tumour. Even if the patient is a non-smoker.

Please follow this structure for the discussion and select only the items that are relevant for the case:

Background: Thoracic manifestation of inflammatory bowel disease is rare of underdiagnosed (1), though airways manifestation is the most common (2). The pathophysiology of airways involvement is thought to be according to embryonic origin of the intestinal and respiratory system (2).

Clinical Perspective Nearly half of the patient with inflammatory bowel disease have respiratory symptoms like cough, dyspnea, wheezing (3). According to dyspnoea CT images are sometimes indicated to exclude pulmonary embolism

Outcome In the case of the thickening of the bronchial wall and hilum mass, tumour must be excluded. Of there are no malignant cells in bronchoalveolar lavage and transbronchial biopsy and the patient has clinical signs of active IBD, therapy of the IBD is indicated. After the therapy in remission of IBD the lung involvement is mostly resolved (3).

Take-Home Message / Teaching Points If the patient has IDB always think about the possibility of thoracic involvement of IBD. 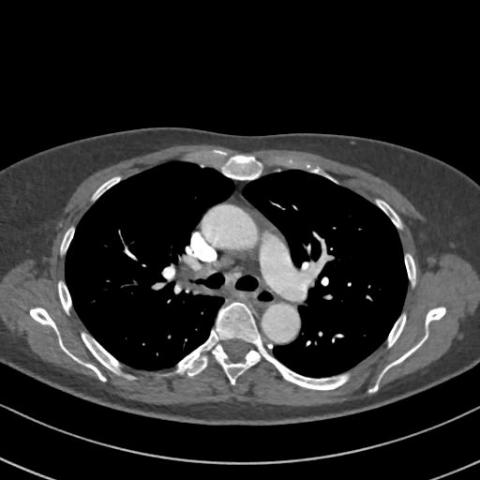 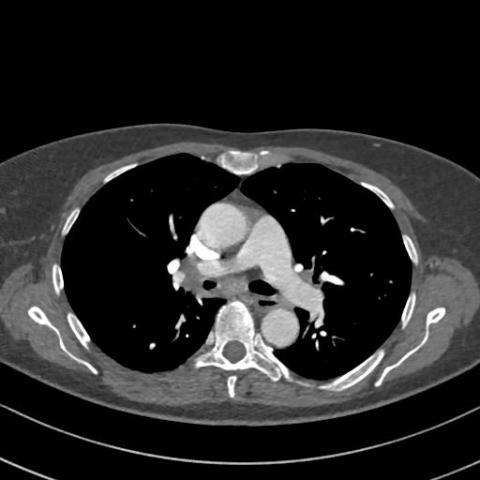 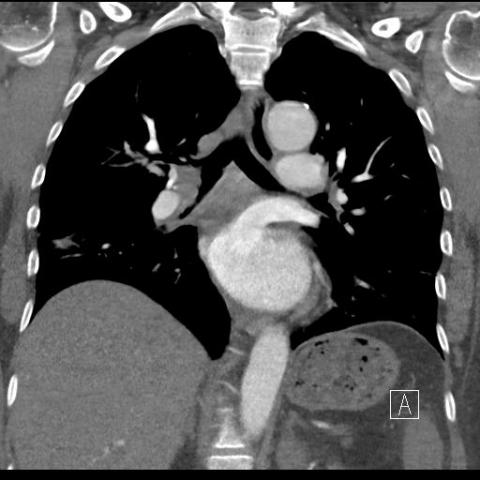 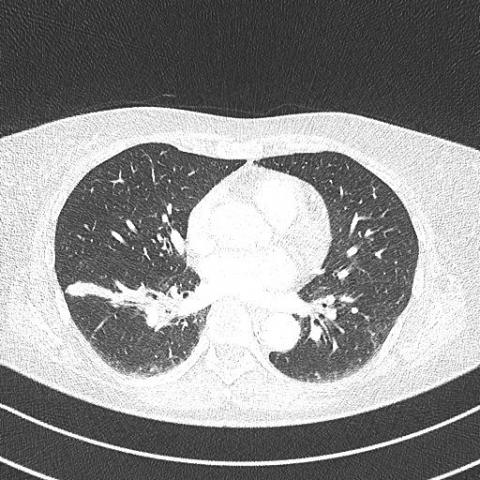 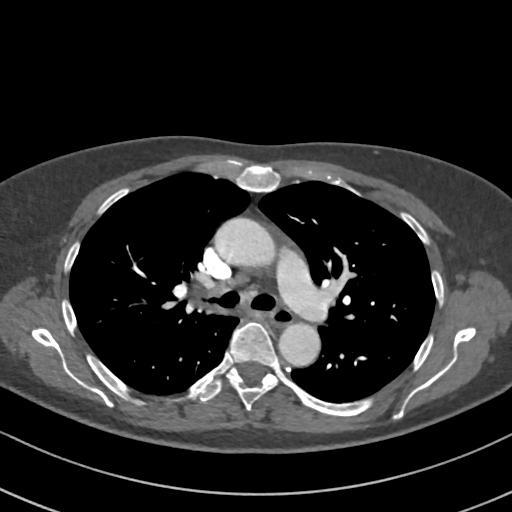 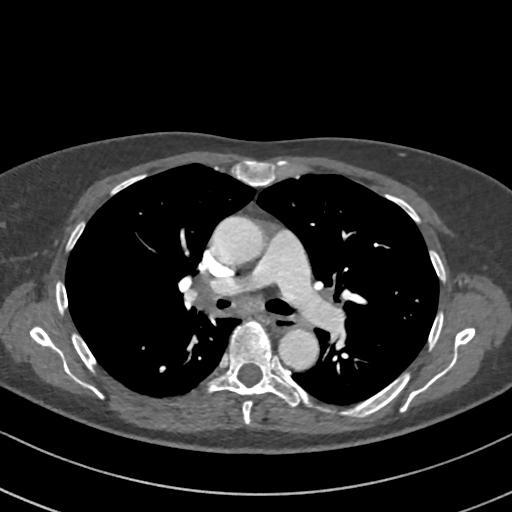 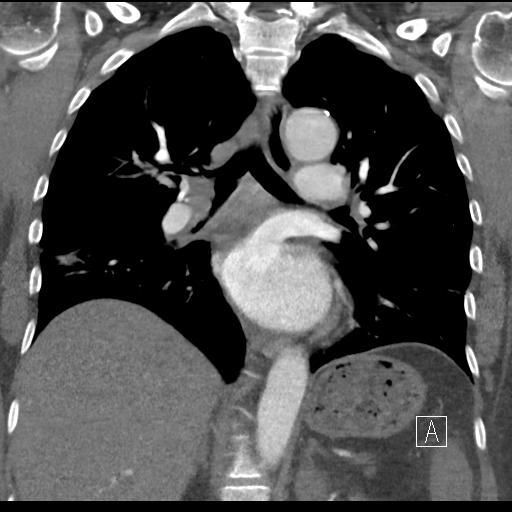 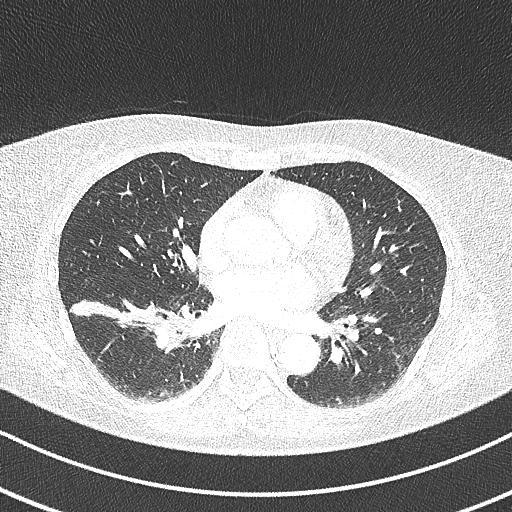