Ureto-Arterial Fistula - A rare cause of urinary tract bleeding.

A 71-year-old female admitted with acute kidney injury. Past medical history of cervical cancer, hysterectomy and pelvic radiotherapy. The patient had profound, intermittent haematuria (requiring 20 units of blood over 2 months) from the left renal tract (confirmed on cystoscopy) following a left-sided nephrostomy and stent insertion for hydronephrosis.

Figure 1. Computed tomography angiogram (CTA) of the abdomen and pelvis. A very small amount of contrast is visible around the left ureteric stent as is crosses the left external iliac artery indicating active bleeding into the ureter from a ureto-arterial fistula.

Figure 2. Digital subtraction angiography of the left kidney does not show any site of active bleeding.

Figure 3. Digital subtraction angiography of the left iliac arteries demonstrates a pseudoaneurysm arising from the external iliac artery (EIA) adjacent to the ureter, indicating ureto-arterial fistulation (UAF) as a cause of the haematuria.

UAF is an abnormal communication between the distal ureter and an adjacent artery (usually the iliac). This is a very rare cause of frank haematuria [1][2]. It is a life-threatening condition with an associated mortality of 13% [van]. Common risk factors associated with UAF are ureteric or vascular stenting, urinary deviation surgery,  history of abdominopelvic cancer (most frequently cervical), vascular surgery and radiotherapy [3] [4].

The typical clinical presentation is with frank haematuria, which may be intermittent. Associated pain and urinary tract infection are also reported but much less common [1][3]. Given that the presenting complaints are non-specific, the key to diagnosis is clinical suspicion and recognition of risk factors.

Management of UAF should involve a multidisciplinary approach between urologists, vascular surgeons and interventional radiologists. Endovascular management with a covered iliac stent is the least invasive and preferred intervention [1]. Long term antibiotic use should also be considered to reduce the chance of stent-graft infection [5].

In cases where endovascular repair is not an option, open surgery should be considered. Repair of the ureter can be performed with ureteric stenting, nephrostomy insertion, nephrectomy, ureteral resection with primary anastomosis or ileal ureteric reconstruction [turo].

The vascular pathology can be managed with open surgical repair, vessel ligation, bypass, arterial embolization and repair of artery with graft material [2][6].

This was a typical presentation of a rare condition. With hindsight, many clinical features pointed towards UAF, for example, brisk bleeding noted from the left ureter during stent exchange, history of cancer, radiotherapy, and indwelling ureteric stent. There was however a delay in diagnosis due to its rarity, and the absence of active bleeding being identified on 3 separate CTAs (although an “eagle-eyed” radiologist may note a tiny blush of contrast within the left ureter as it crosses in front of the external iliac artery on the CTA (Fig. 1)).

The diagnosis of UAF therefore heavily relies on clinical suspicion, particularly when patients have risk factors and a bleeding source in the kidneys or bladder has not been identified. 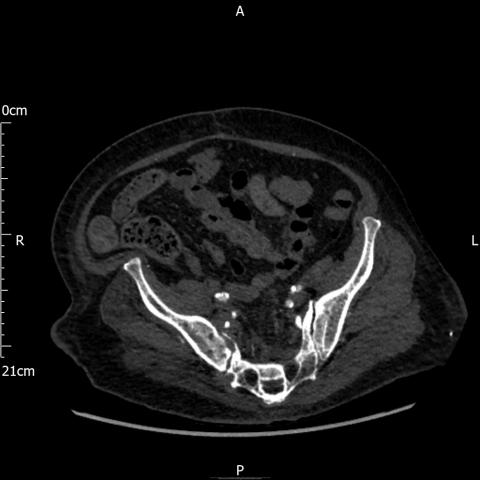 Computed tomography angiogram (CTA) of the abdomen and pelvis.
Figure 2 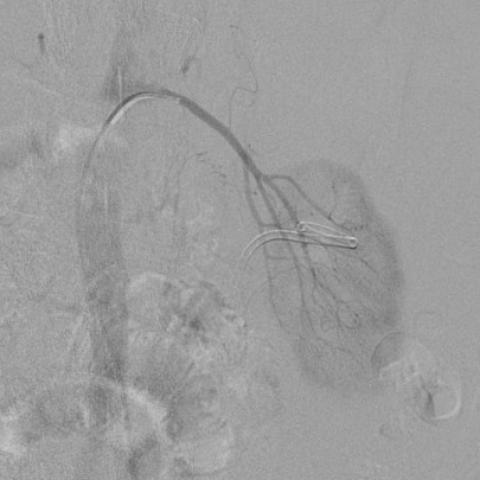 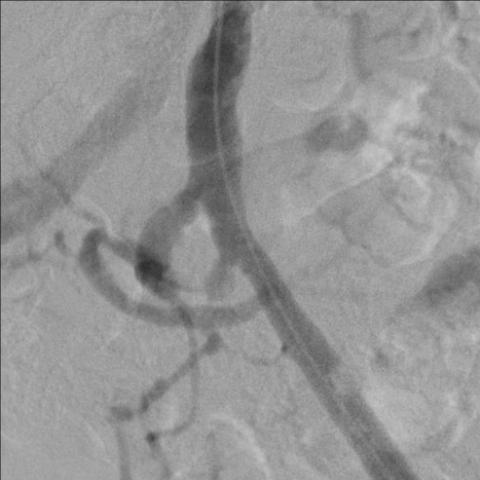 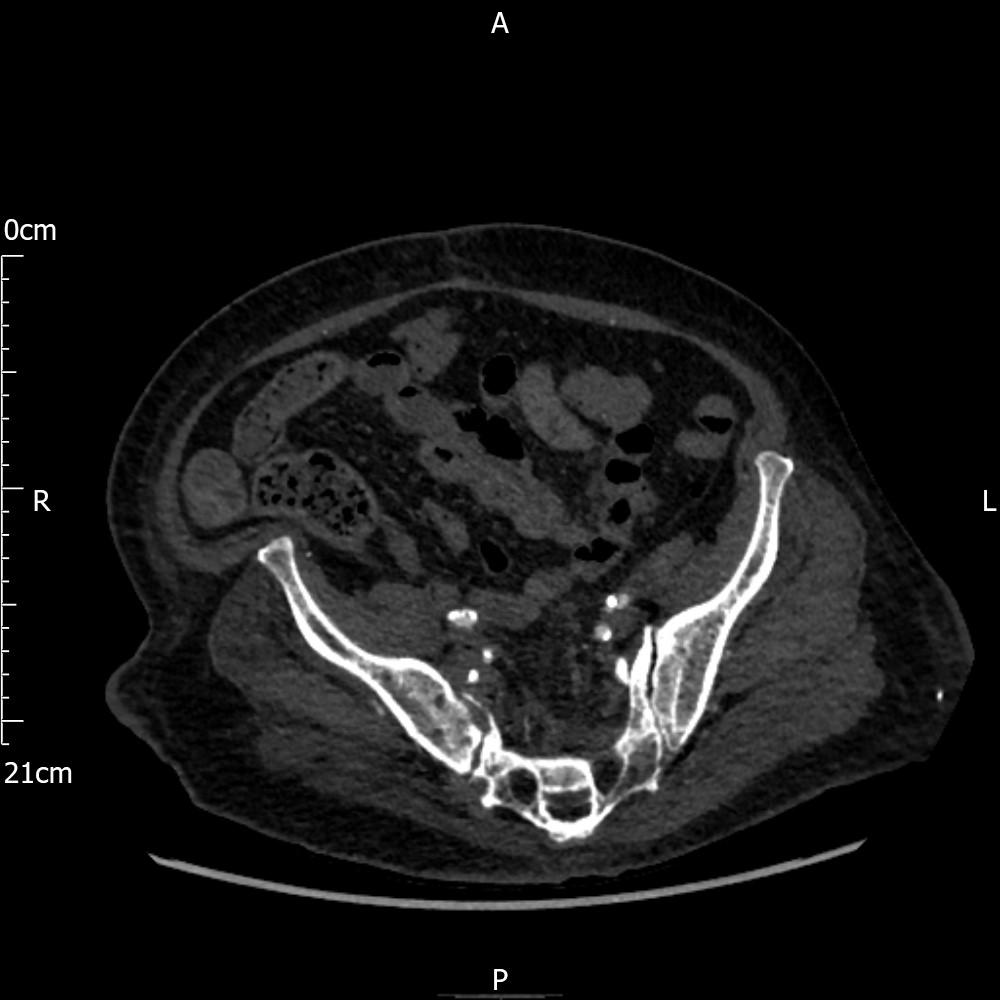 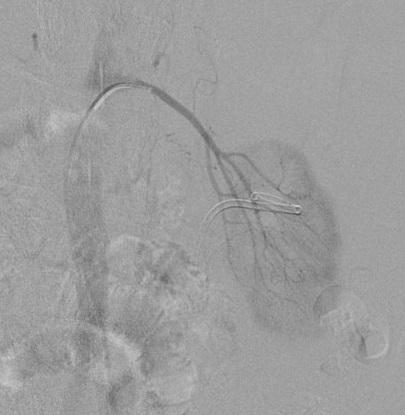 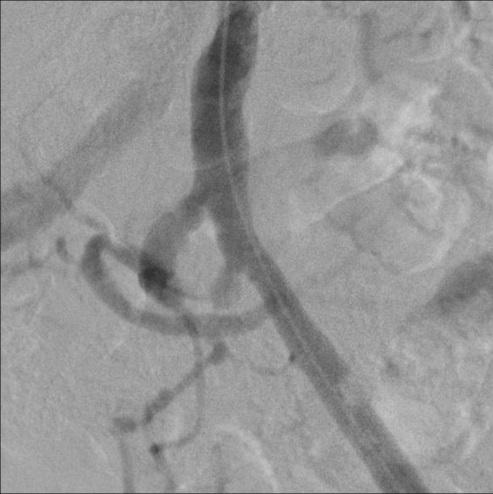