A 48-year-old man was admitted with the complaints of pullingpain in the left hypochondrium over the past 3 months. At the physical examination of the abdomen no abnormality was found. Abdominal ultrasound examination revealed a splenic neoplasm.

Abdominal MDCT with administration of iodinated contrast medium were obtained. MDCT revealed a 10 cm hypovascular heterogeneous lesion with infiltrative growth in the pancreatic tail (fig. 1) and severe lymphadenopathy (fig.2). Infiltrative changes extended to splenic vessels and spleen parenchyma. MRI revealed a hypovascular heterogeneous lesion with infiltrative growth and severe lymphadenopathy. The solid tumor in splenic hilum and lesion in the right half of Th12 vertebral body and pedicle restrict diffusion according to DWI, ADC is very low (fig.3). No liver metastasis were detected.

In accordance with CT and MRI findings (the presence of huge hypovascular heterogeneous lesion in the pancreatic tail with infiltrative growth, low ADC values, severe lymphadenopathy, the lesion in the right pedicle of Th12 and absence of liver metastasis), pancreatic lymphoma was suspected.

To establish the diagnosis percutaneous core biopsy should be performed [4]. Pancreatic lymphoma carries a more favorable prognosis than adenocarcinoma, because first-line chemotherapy treatment is generally effective for producing long-term disease regression or remission. In most of the cases surgery is not required [1].  Using complex treatment approaches, cure rates of up to 30% are reported for patients with primary pancreatic lymphoma. 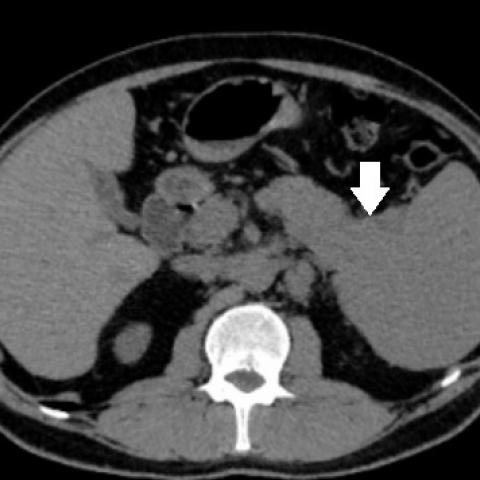 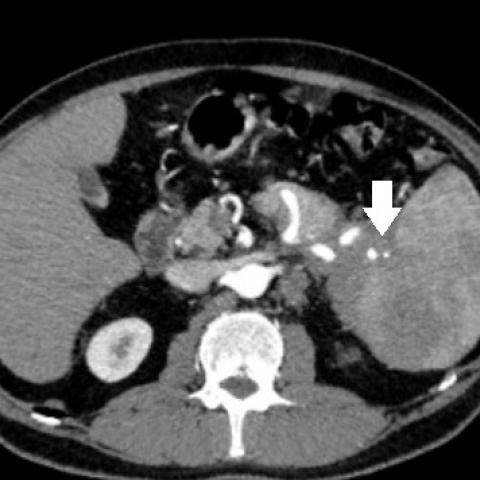 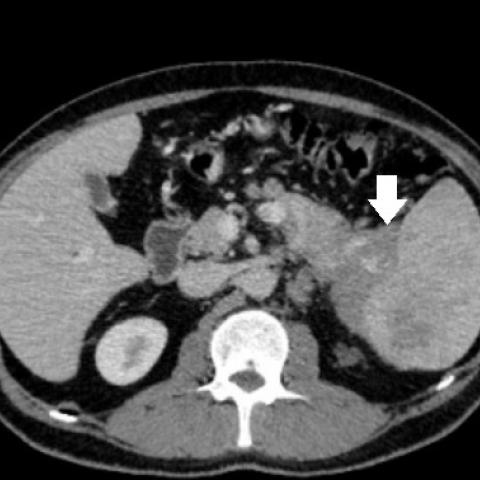 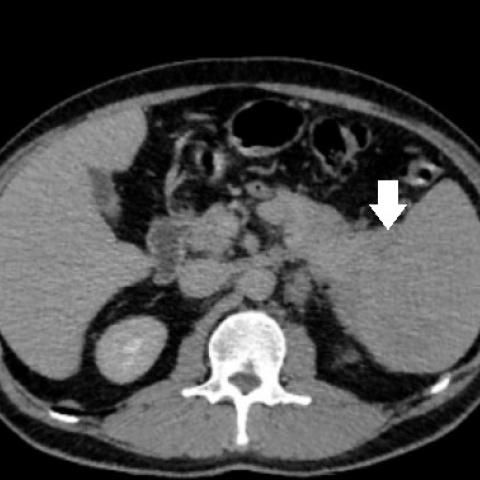 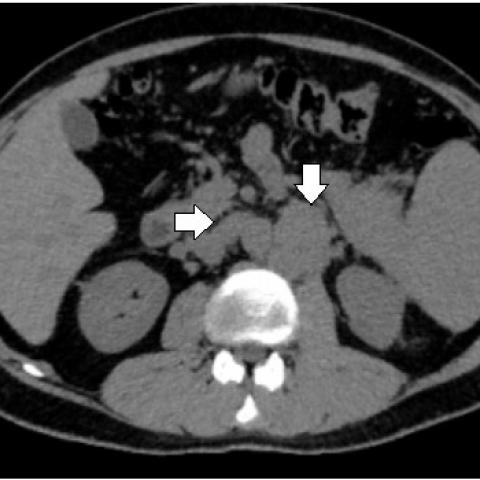 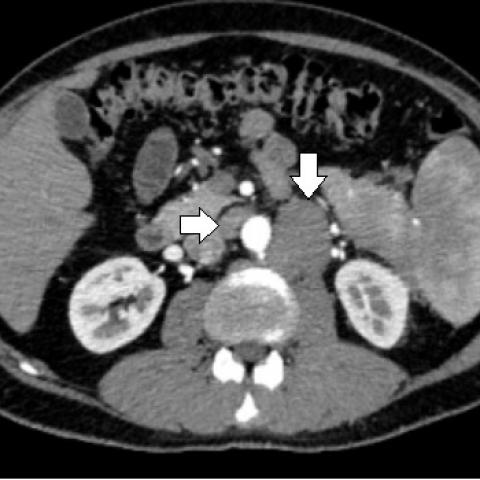 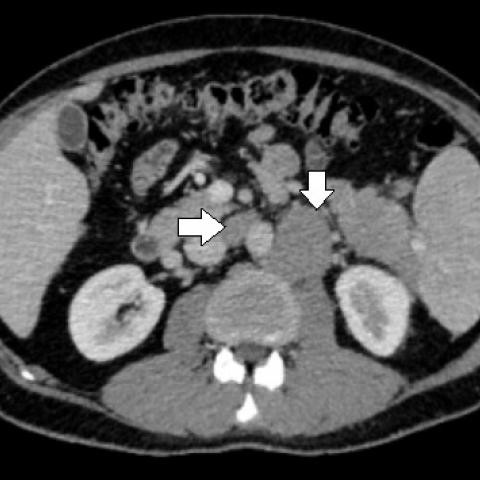 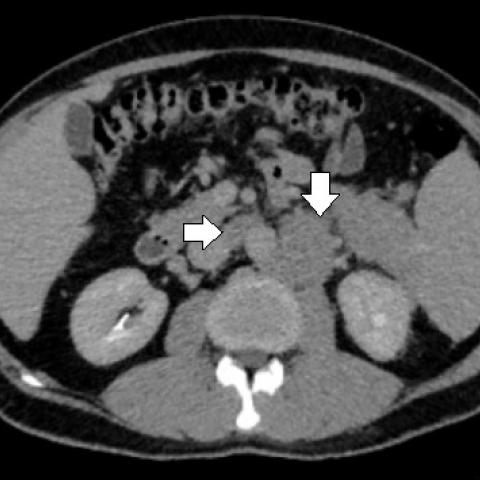 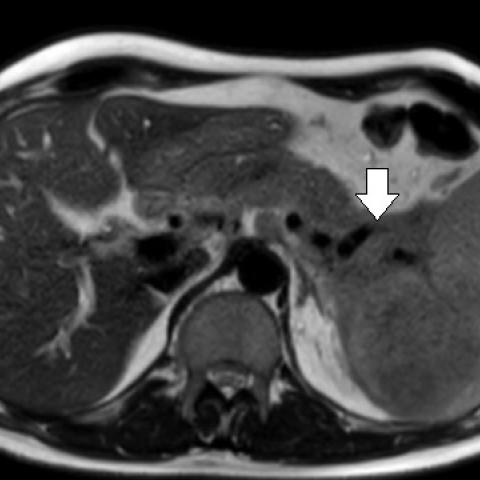 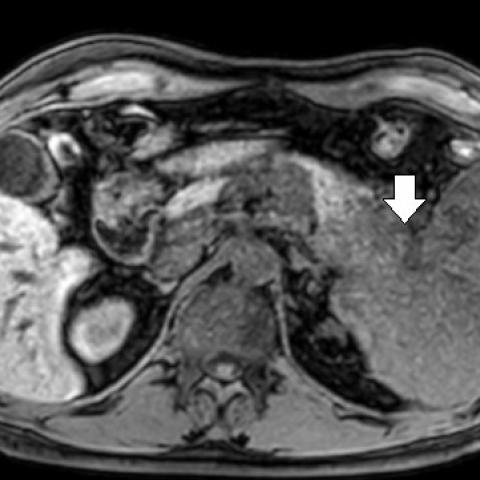 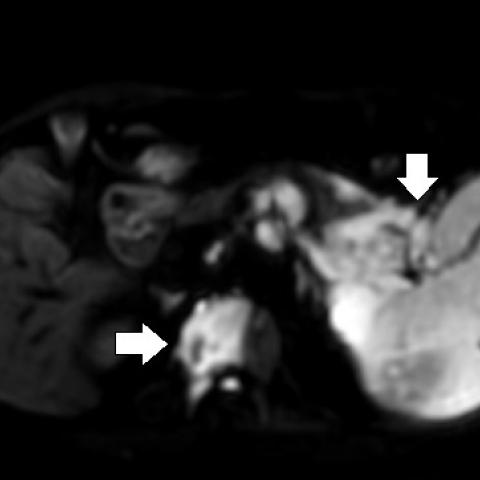 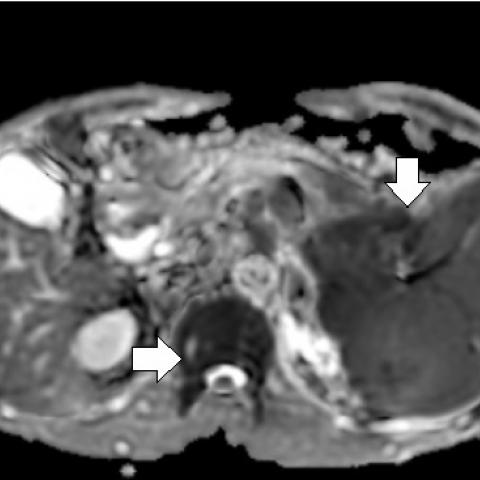 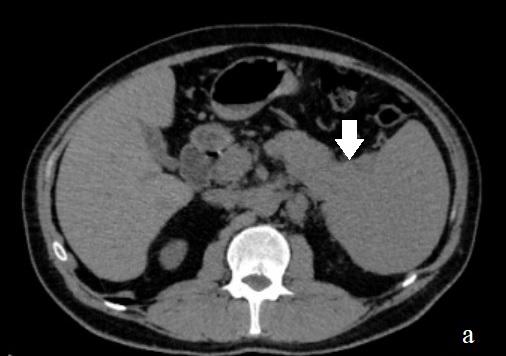 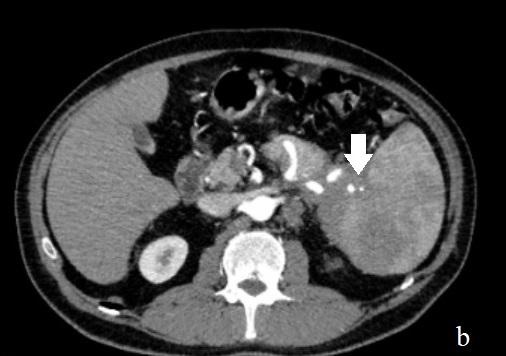 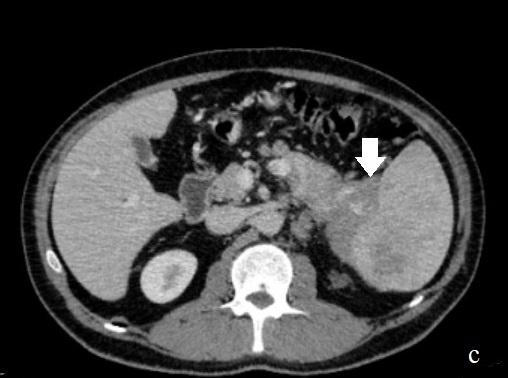 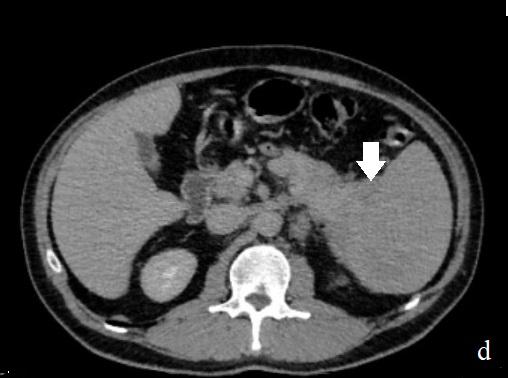 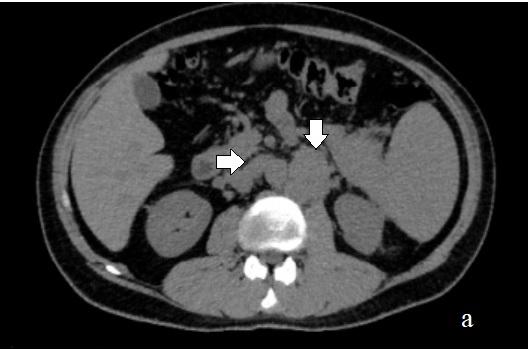 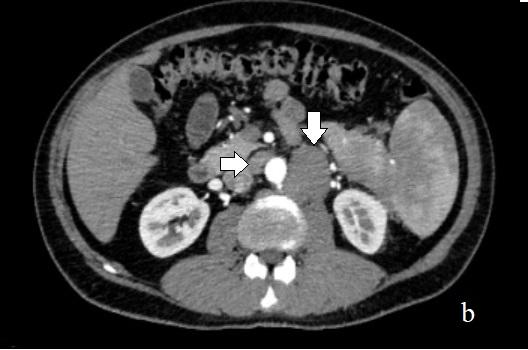 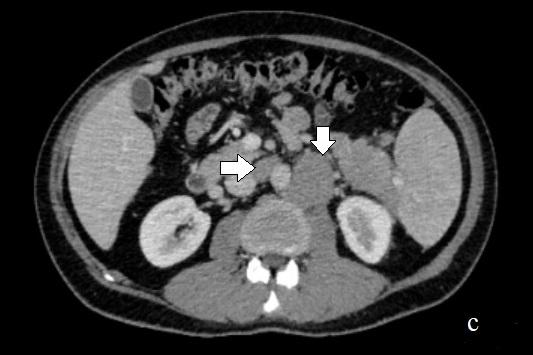 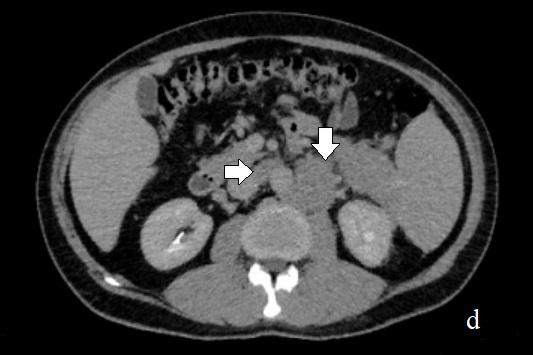 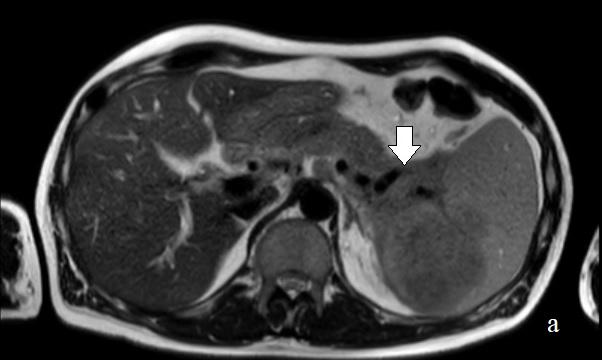 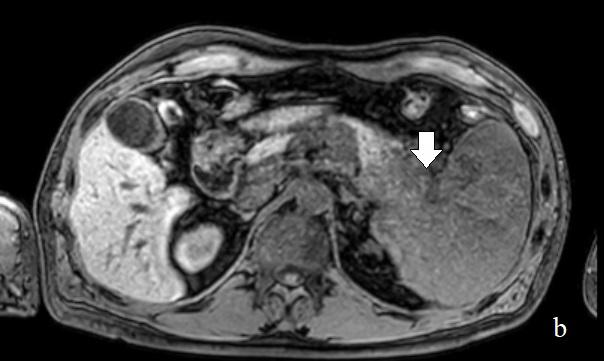 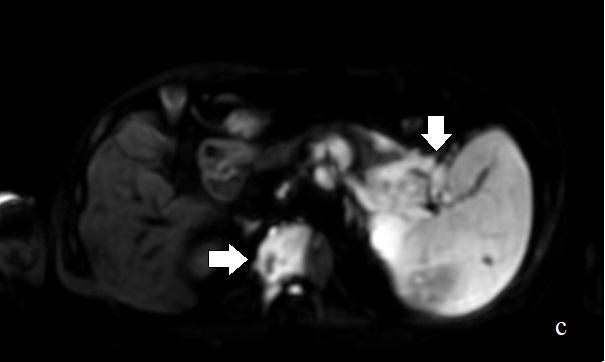 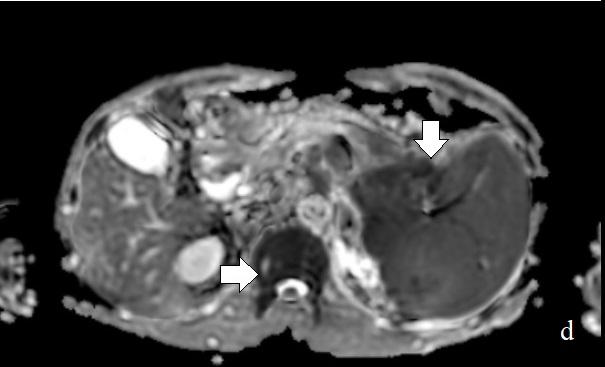