A 75-year-old female with a previous history of bilateral wide local excision and adjuvant radiotherapy for a right breast invasive ductal carcinoma and left breast ductal carcinoma in situ (DCIS) presented with a rapidly growing new lump in the right breast 11 years after her original surgery and treatment.

Mammogram revealed an oval 3cm well-circumscribed mass in the lower inner quadrant of the right breast with post treatment changes noted bilaterally. Focused ultrasound demonstrated a mixed echogenicity mass at 4 o’clock with a solid hyperechoic component and central cystic foci. There was no posterior acoustic shadowing. The axilla was negative for lymphadenopathy. CTTAP revealed a 3 cm centrally necrotic mass, which was new when compared to a CTTAP nine months previously. No evidence of distant metastatic disease.

Core biopsy of the breast mass was performed revealing a high-grade malignancy positive for vascular markers including CD31, CD34 and Factor VIII consistent with angiosarcoma. The patient underwent a right mastectomy. Final histology revealed a high-grade angiosarcoma extending over at least 7cm, beyond the grossly visible mass. The patient had an uncomplicated postoperative course and following discussion at the sarcoma multidisciplinary team meeting is not due to undergo any adjuvant treatment.

Angiosarcomas account for 1% of all soft tissue sarcomas. Of these, 8% arise in the breast and may arise denovo or secondary to breast radiotherapy [1,2]. Median interval from radiotherapy to development of angiosarcoma is 7 years [3].  The presentation of radiation-induced angiosarcoma is varied, frequently presenting as a rash or bruise. Any late change in the post-radiotherapy breast should, therefore, be thoroughly investigated. A mass, if present, tends to be rapidly growing.  The mammographic and ultrasound appearances of angiosarcoma are not pathognomonic, unlike for adenocarcinoma, as demonstrated in our case.  MRI has been found to be of benefit with angiosarcoma typically demonstrating T2 hyperintensity and rapid intense enhancement followed by washout [4].

Diagnosis is ultimately histological following a skin punch for cutaneous lesions or fine needle aspirate/core biopsy of a mass. Immunohistochemistry is positive for vascular markers such as CD31 and CD34 and negative for typical breast carcinoma markers; Oestrogen Receptor, Progesterone Receptor and HER2. Metastatic spread is typically haematogenous with lung being the most common site [5].

Due to its rare incidence, there is no standardised treatment. Total mastectomy is the preferred management [6]. The benefit of axillary clearance is unclear as lymphatic spread is not common. Adjuvant chemotherapy is thought to improve both disease-free and overall survival and radiotherapy may play a role in locoregional control [7]. As with other soft tissue sarcomas, tumour size, grade, and margin status have prognostic ramifications with higher rates of local recurrence associated with positive margins and higher grade [6]. Longterm prognosis is poor with high rates of recurrence (approximately 70%) and poor median overall survival, ranging from 1.5–3 years with 15% overall survival at 5 years [3]. 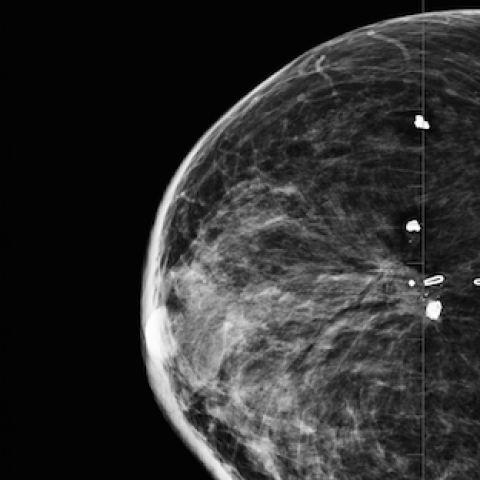 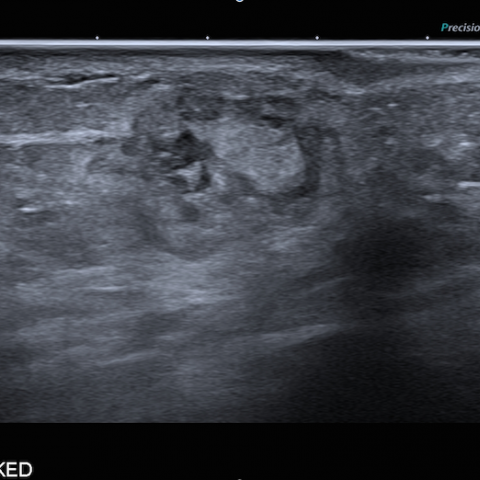 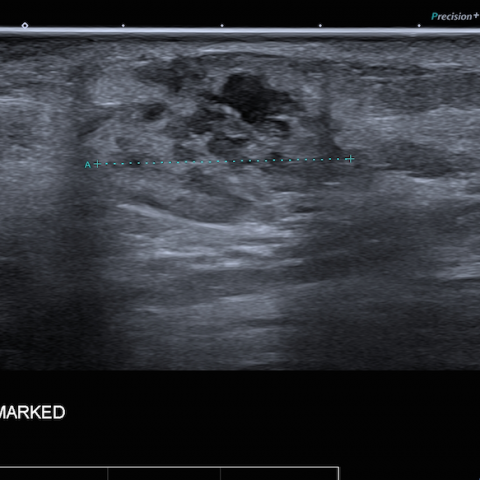 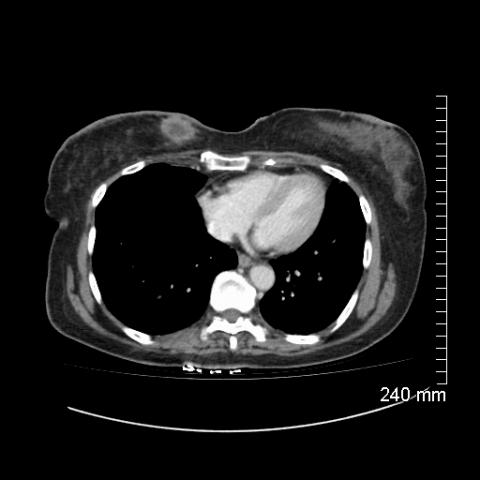 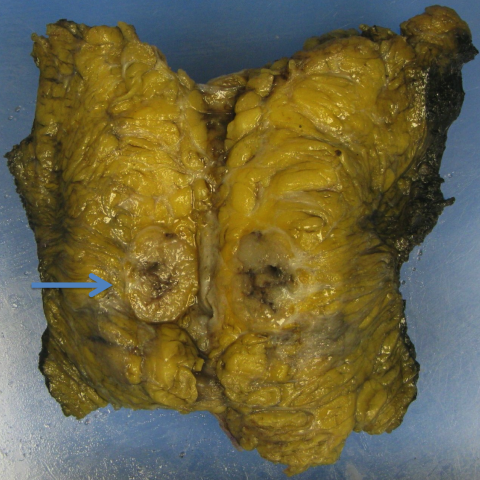 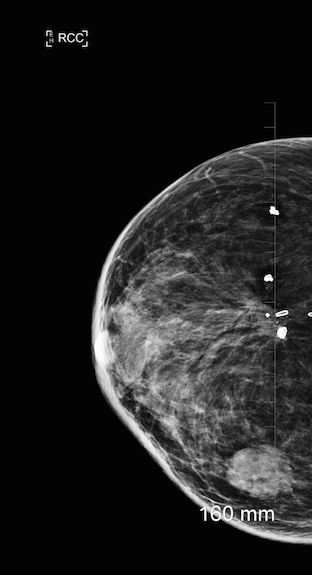 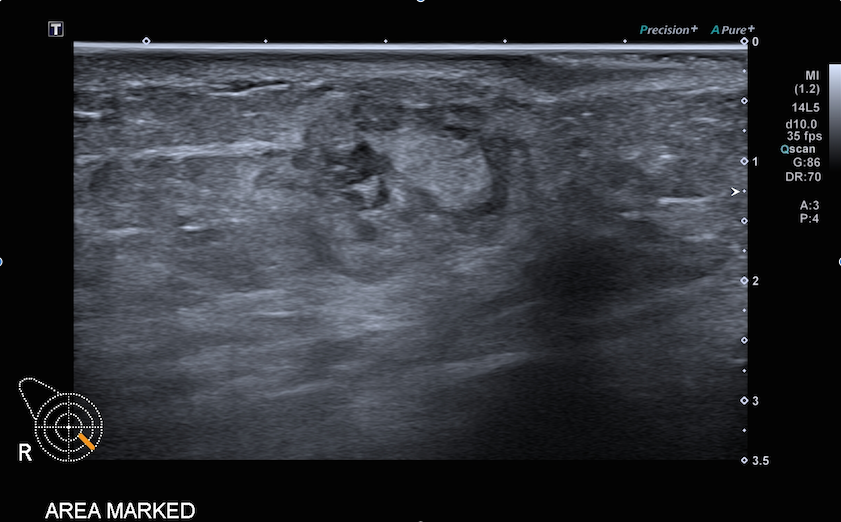 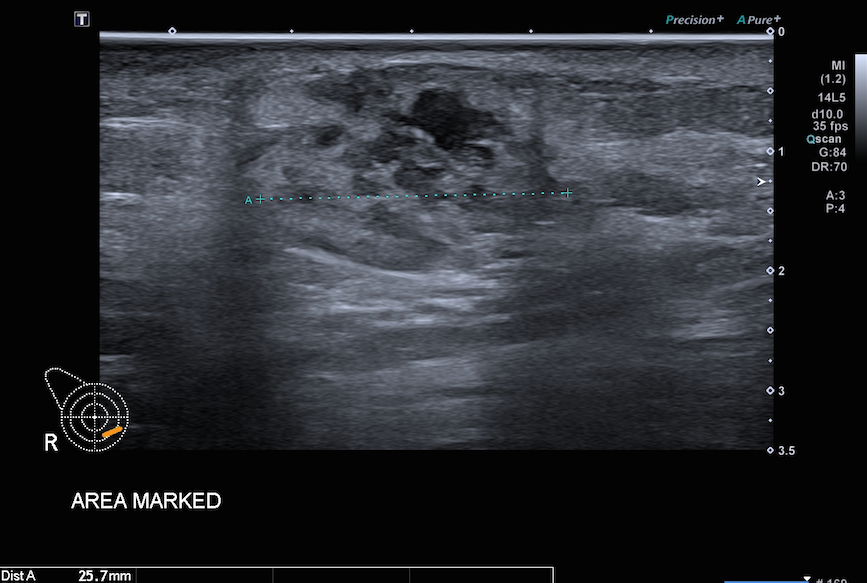 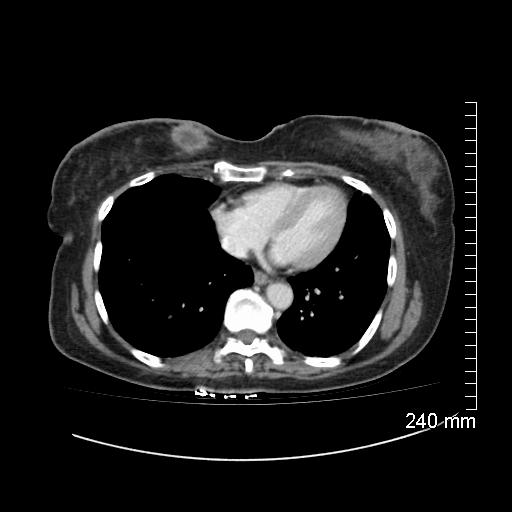 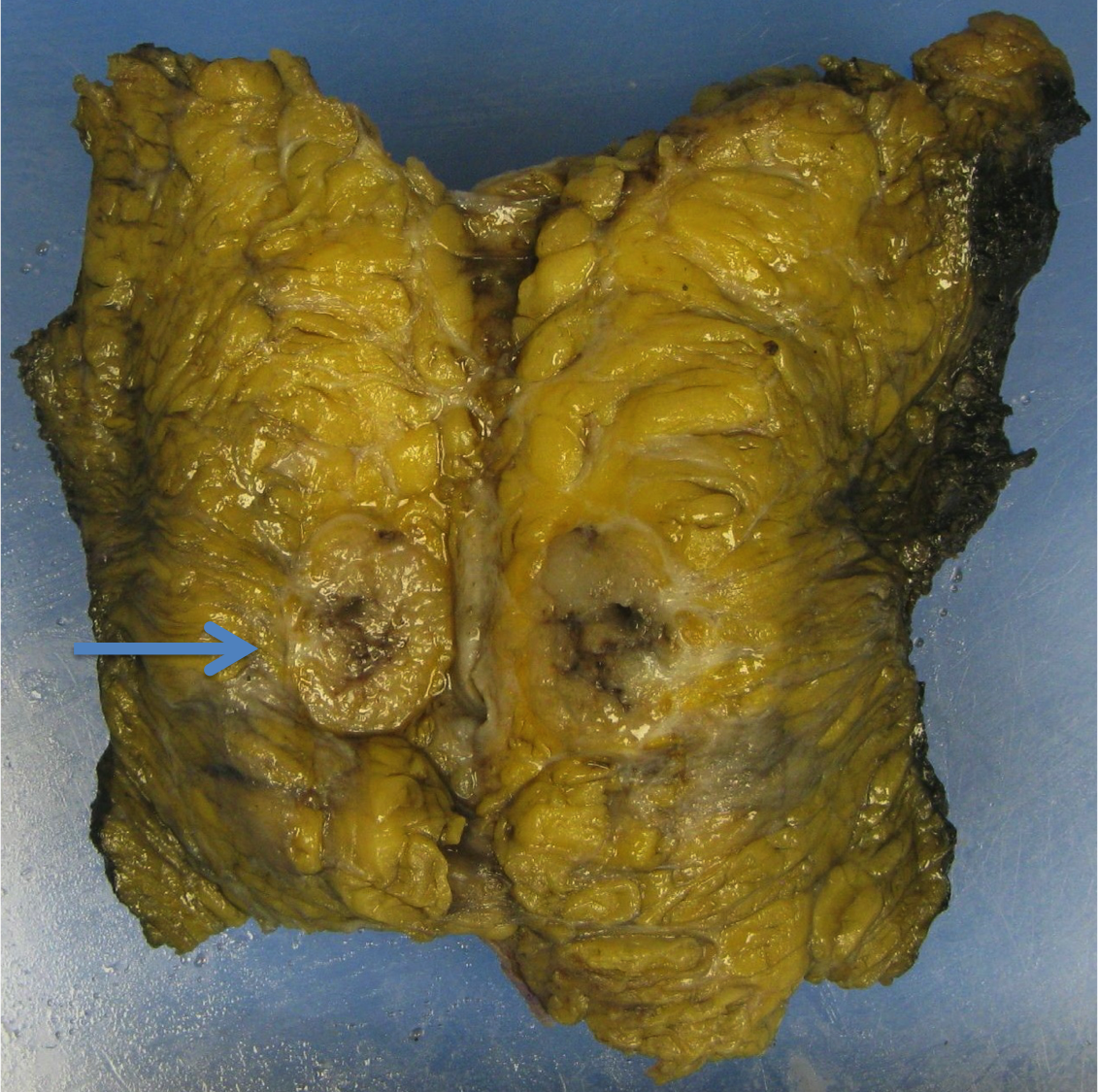