Male, 82-year-old; clinical history of lung cancer [T1N0]; weight loss of 4 Kg; at abdominal ultrasound, evidence of a lesion near the main biliary confluence with no clear bile duct dilatation; no jaundice; no cholestasis; Ca 19.9: 49.0 U/ml [<34.0 U/ml]; CEA and AFP: no altered values.

Our case presents with a cystic lesion, corresponding to a disproportionally enlarged left main bile duct, with a heterogeneous filling defect that shows restriction to diffusion and early contrast enhancement. There is only a slight bile duct dilatation upstream.

Background: Intraductal papillary neoplasm of the bile duct (IPNB) is a papillary or villous neoplasm of the bile ducts [1, 2, 3]. Most common locations are the intrahepatic ducts and hepatic hilum [2]. Incidence is higher in the far east and risk factors include chronic segmental cholangitis, clonorchiasis, primary sclerosing cholangitis, Caroli disease and Gardner syndrome [3]. Median age at presentation is 60–66 years with a male predominance. IPNB is a premalignant disease [3]. The rare infiltrating IPNB behaves similarly to periductal infiltrating cholangiocarcinoma but has a better prognosis after wide resection [3]. IPNB can be categorised into IPNB with mucin secretion (IPMN-B) and IPNB without mucin secretion [IPNB-NM] [3]. IPMN-B has a better prognosis and is considered the biliary counterpart of intraductal papillary mucinous neoplasms of the pancreas (IPMN-P) [3].

Clinical Perspective: While some cases may be asymptomatic, typical symptoms are caused by intermittent biliary obstruction due to excessive viscous mucin secretion and detached tumour tissue. They include abdominal pain, obstructive jaundice and fever [3].

Imaging perspective: Imaging features vary according to the presence and location of the intraductal lesion[s] and the degree of mucin production [1]. MRCP has the highest sensitivity - IPNB-NM usually shows only proportional upstream dilation because there is no production of mucin. T2-weighted MRI is excellent to depict the papillary pattern of the tumour owing to the high contrast between the bile/mucin and the lesion [2]. Lesions may be hyperintense on high b-value DWI, with low ADC. IPMNs-B usually show enhancement equivalent to that of the hepatic parenchyma in the arterial phase [1]. ERCP depicts mucin as a cup-shaped defect in a bile duct filled with contrast and the same pattern may be observed with Gd-EOB-DTPA in the hepatobiliary phase. Sometimes no mass is detectable on imaging.

Outcome: The treatment of choice is wide resection with negative margin after an accurate multimodality preoperative planning to reduce the postoperative recurrence. 5-year survival is 81% in Asia, but recurrence rate is high (29.3%). In both IPMN-B and IPNB-NM, the infiltrative type has the worst prognosis [3].

Take-home messages, teaching points: Think about IPNB in a patient with intermittent abdominal pain, jaundice and fever associated with dilated biliary tree in the presence or absence of clearly defined mass. 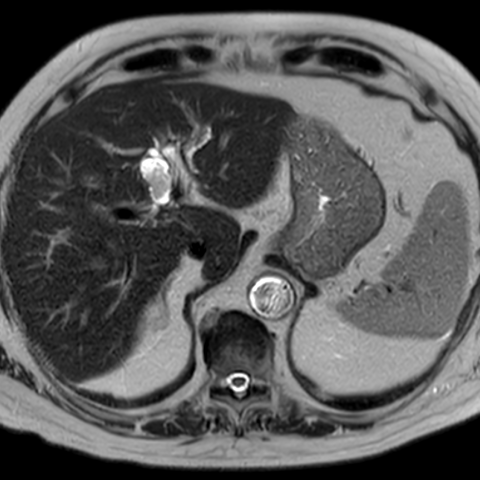 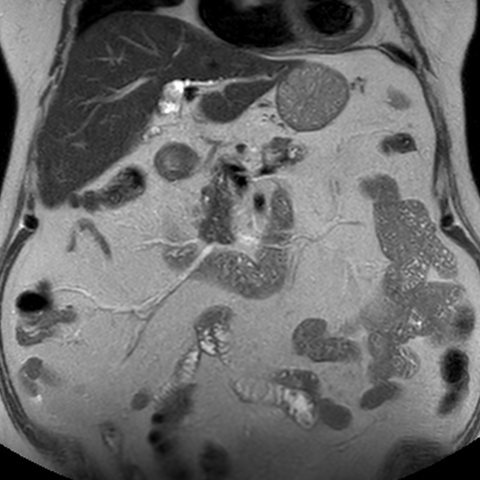 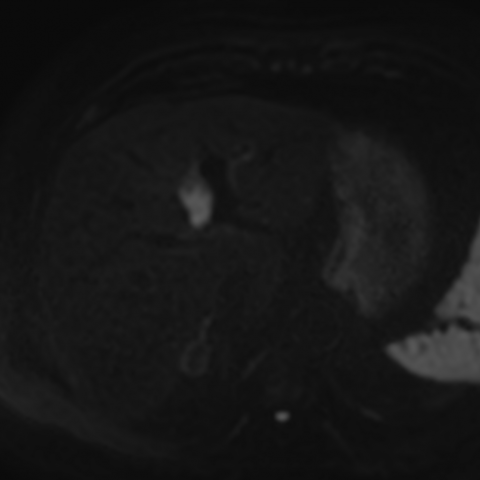 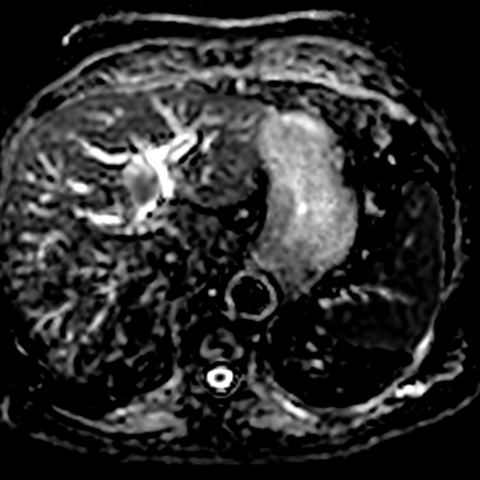 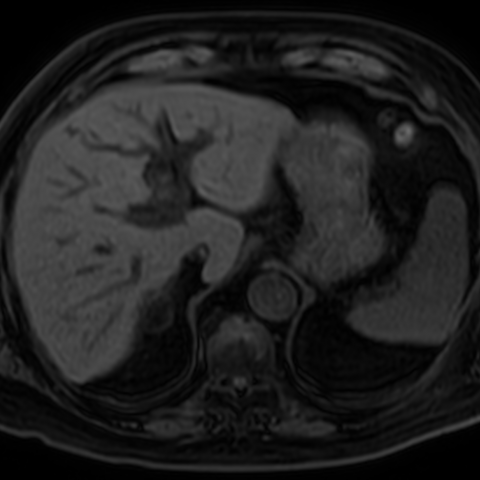 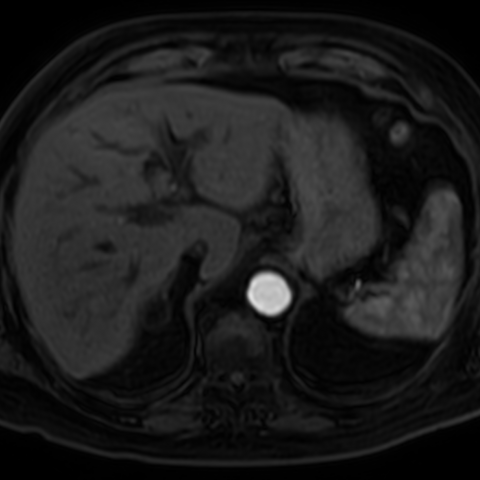 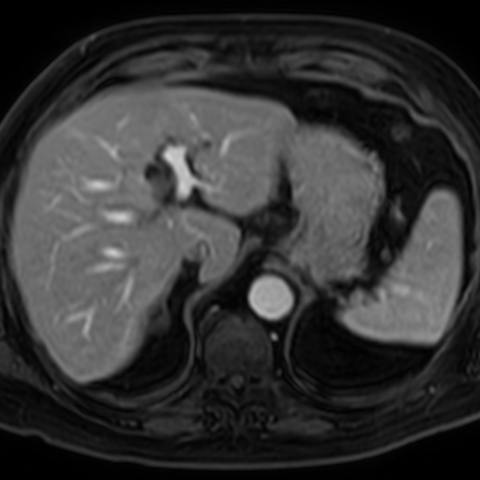 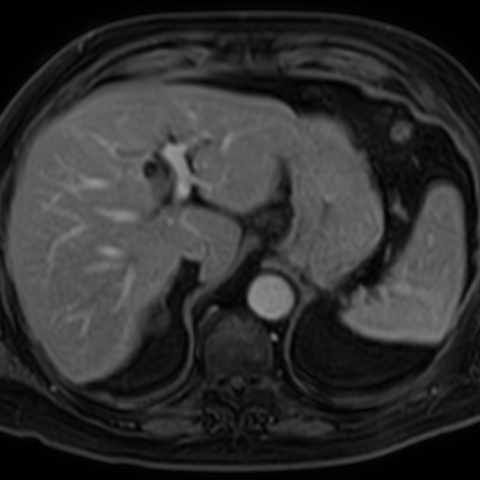 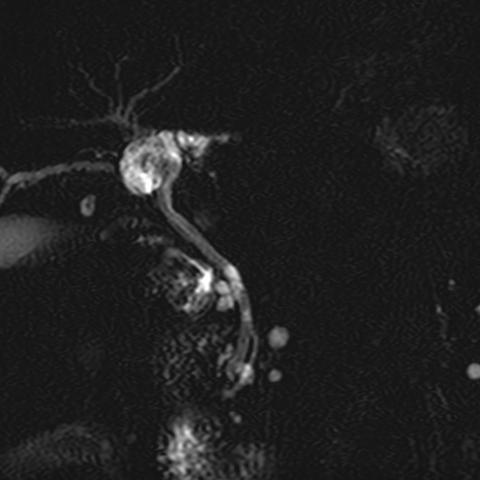 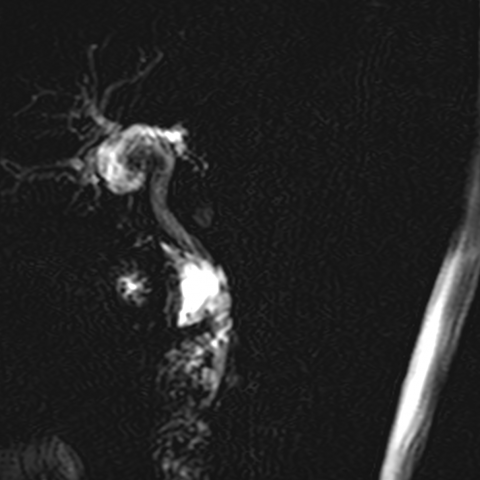 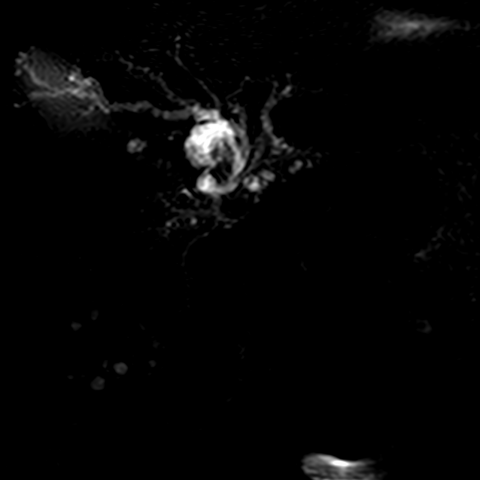 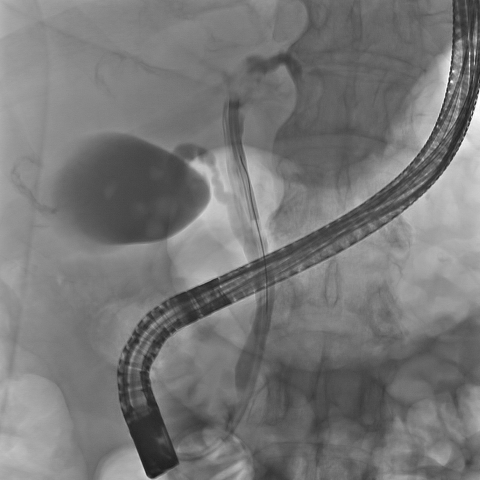 Mucin and the vegetating solid lesion within the left main bile duct are depicted as a cup-shaped defect on ERCP. 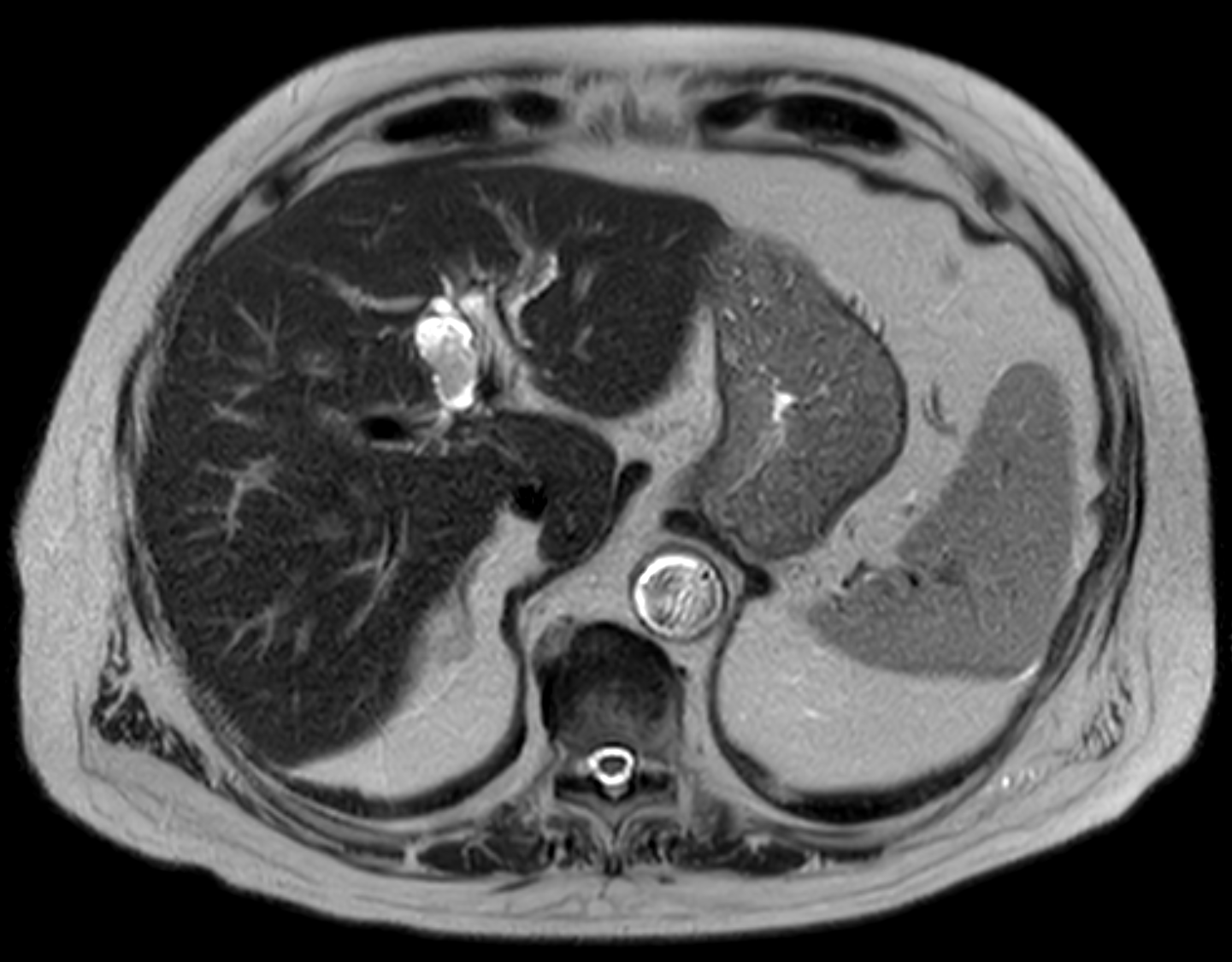 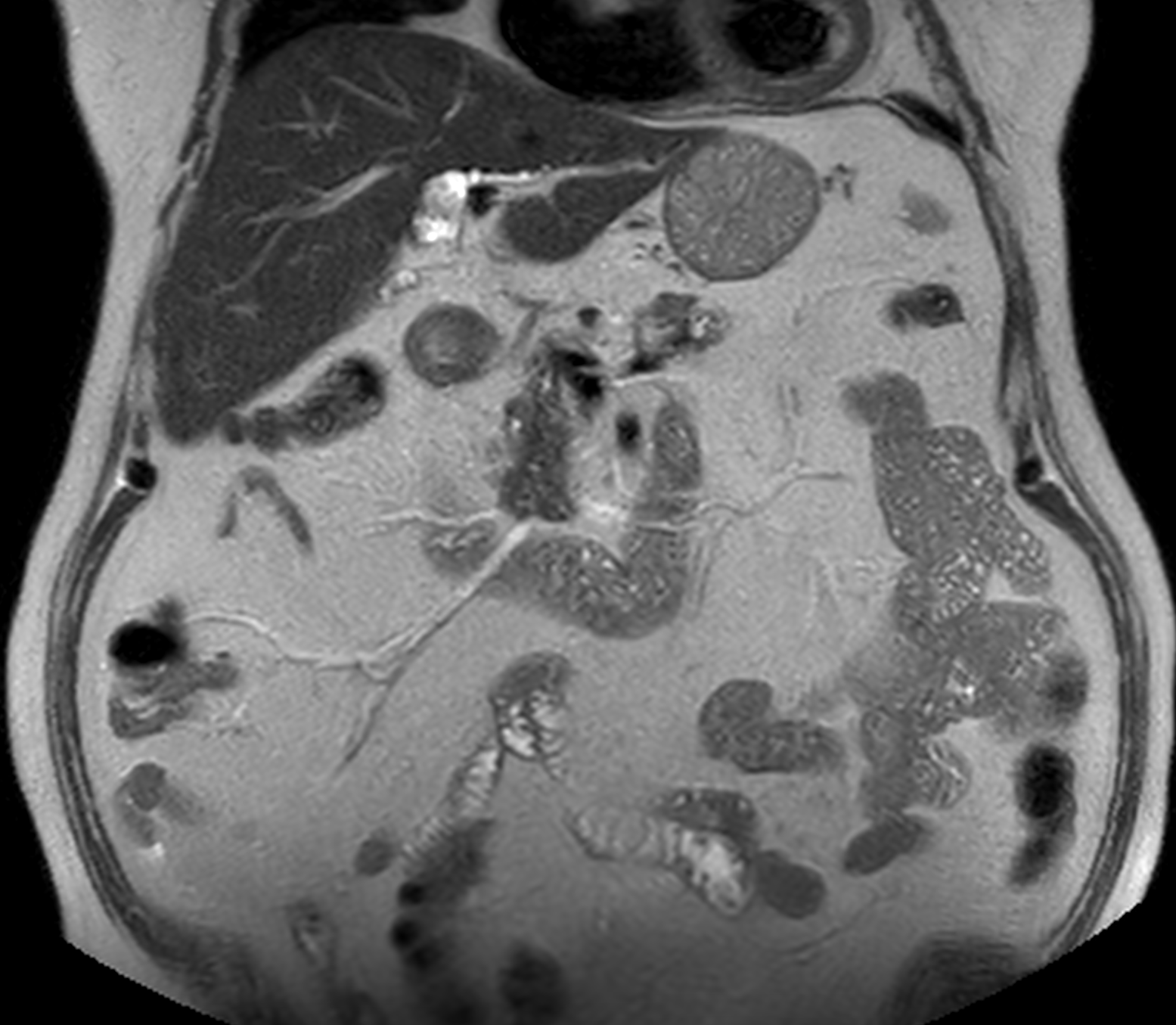 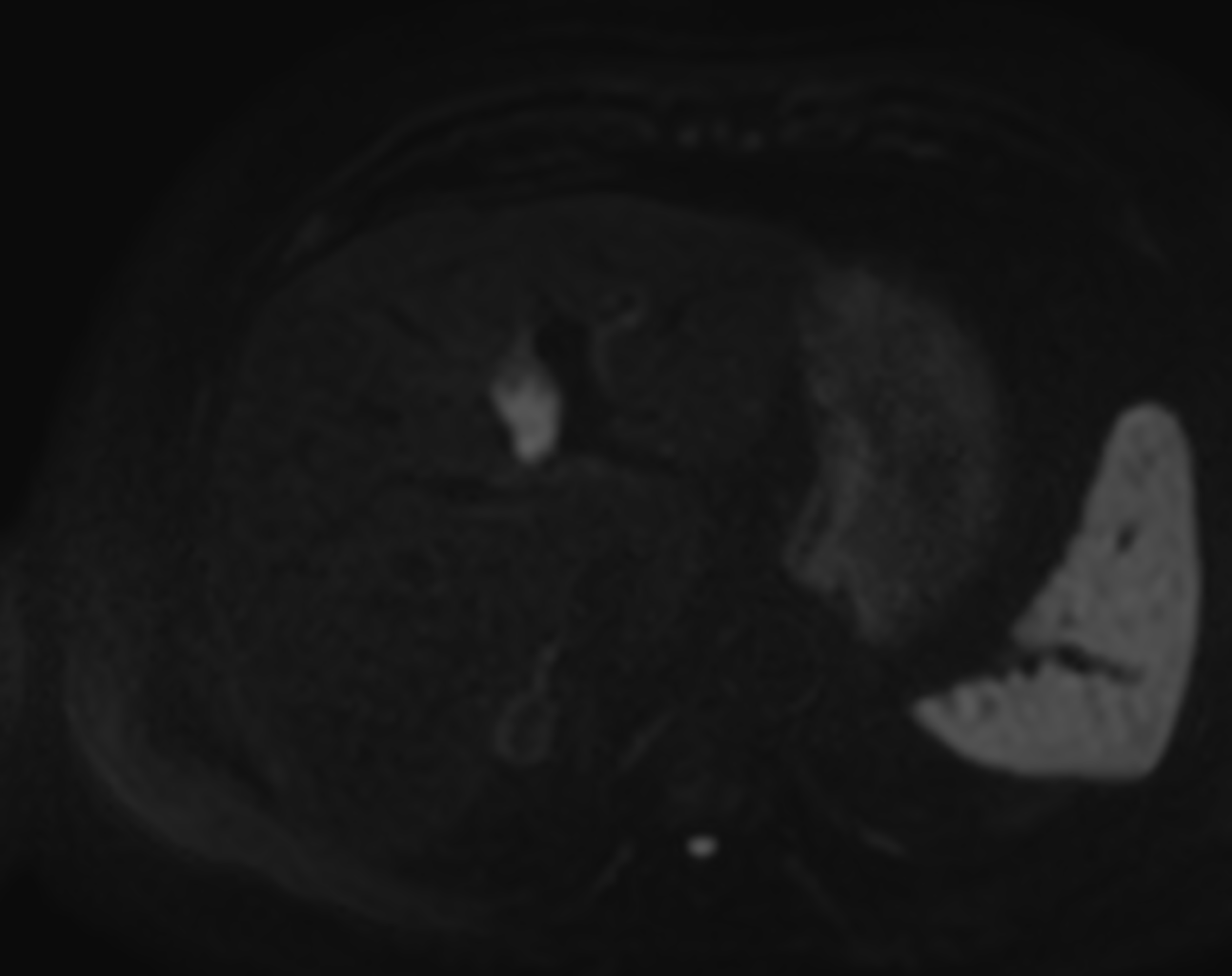 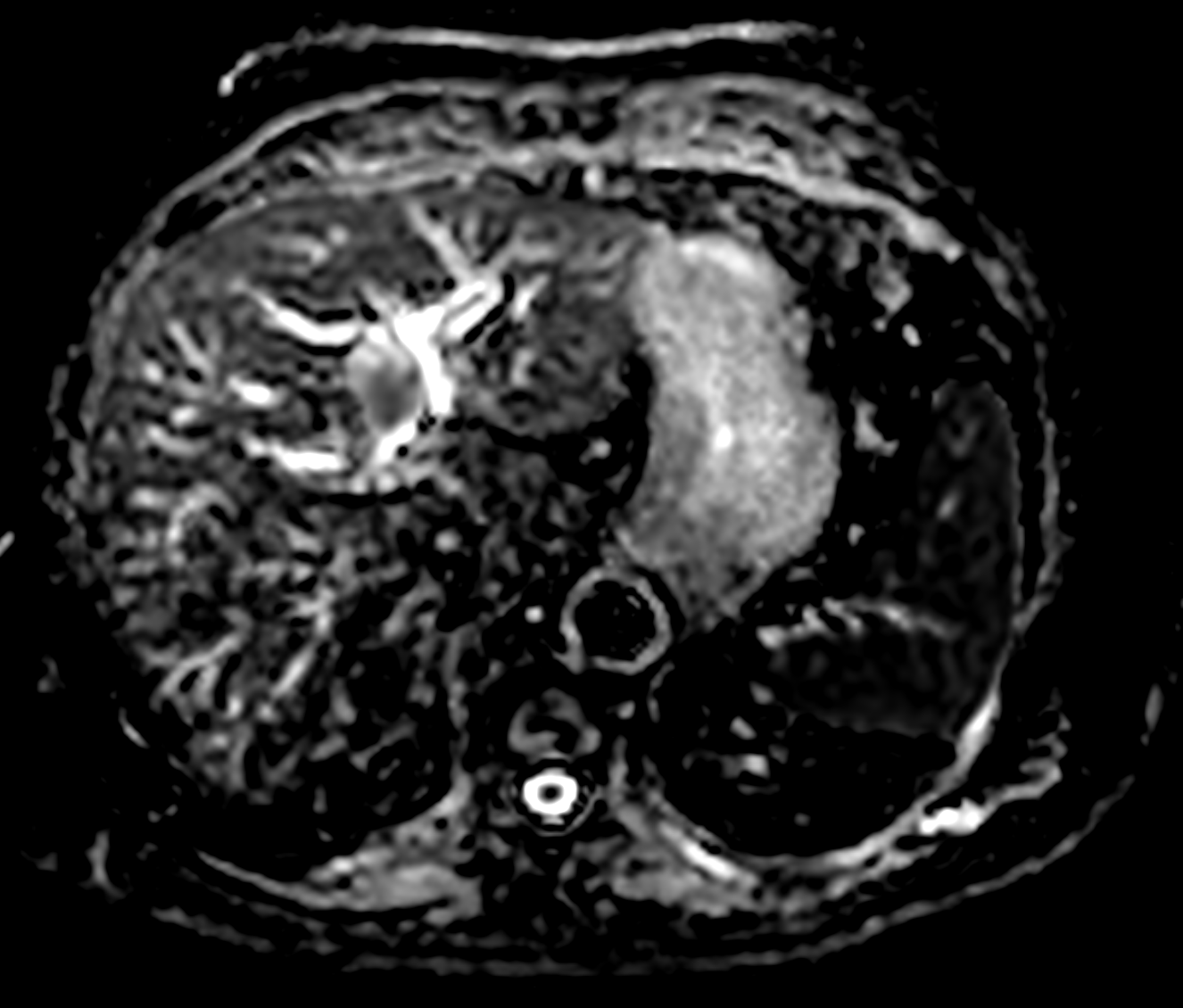 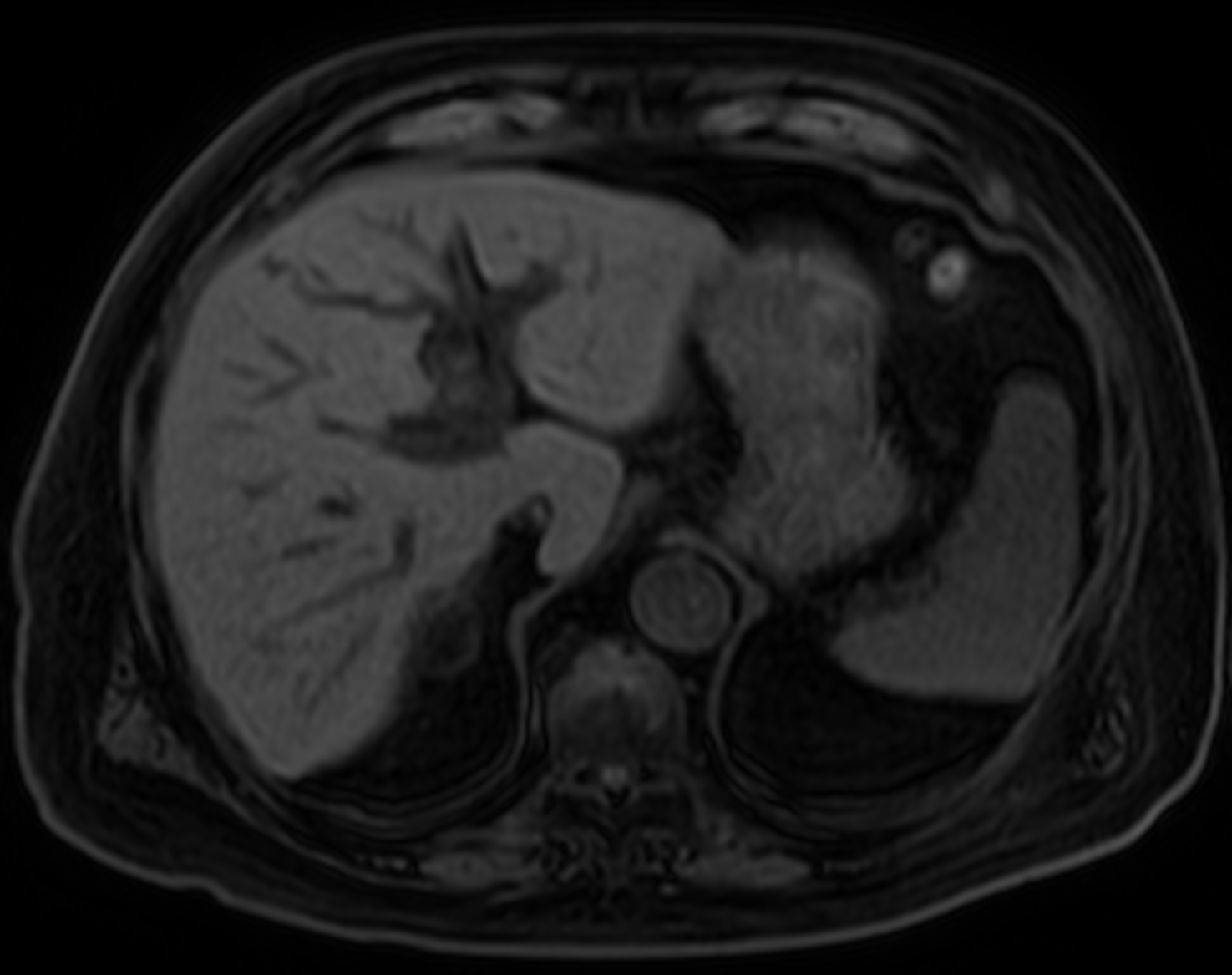 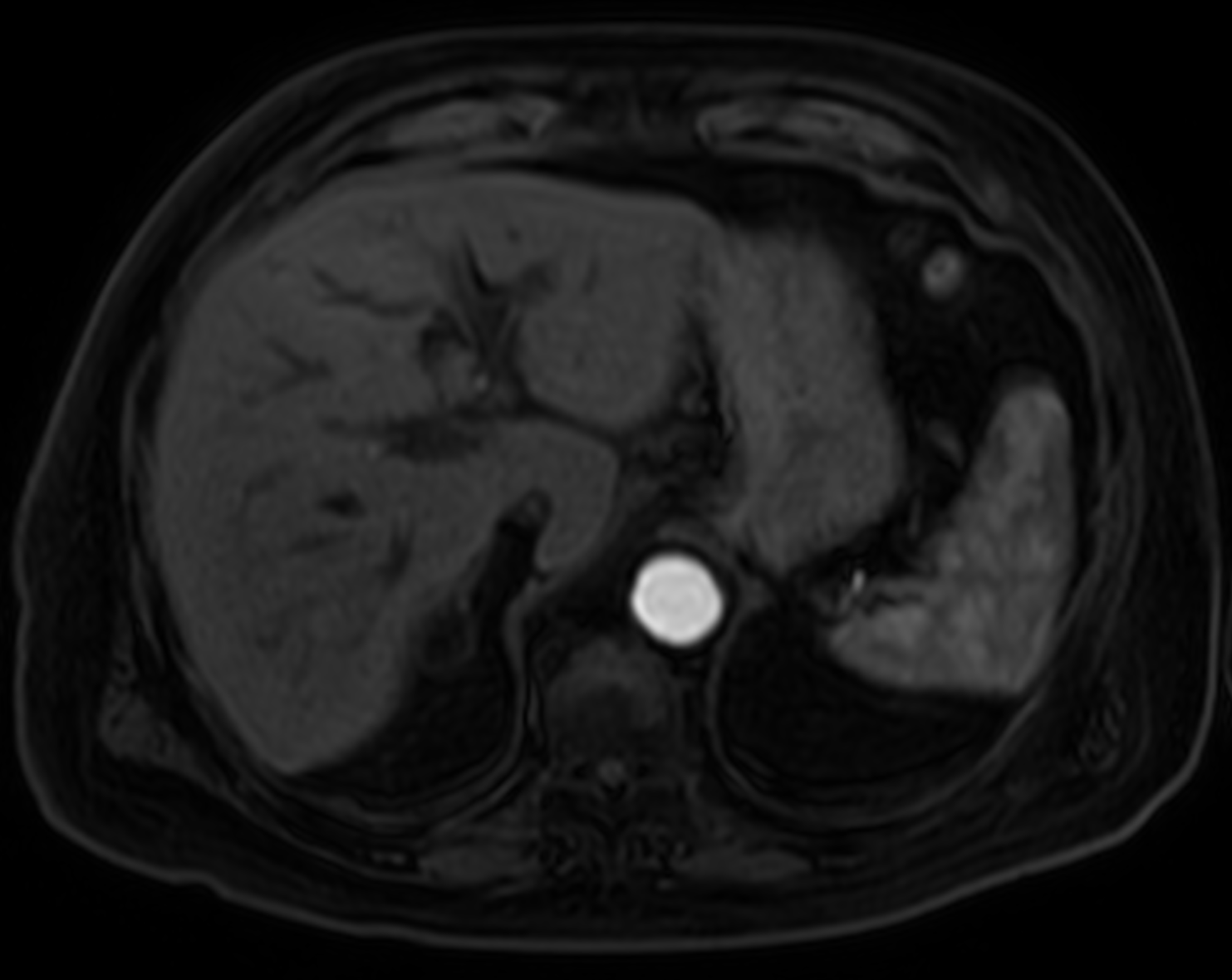 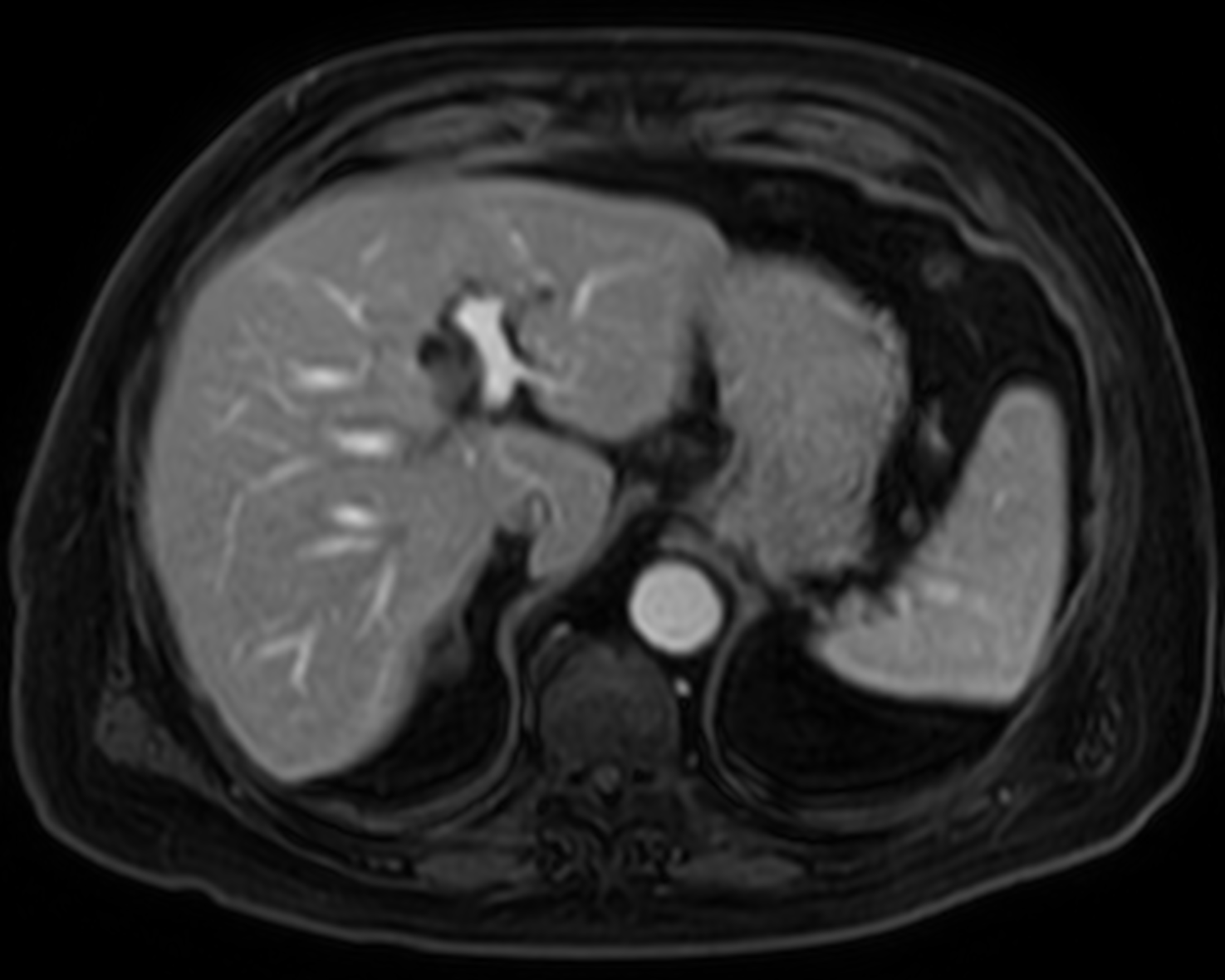 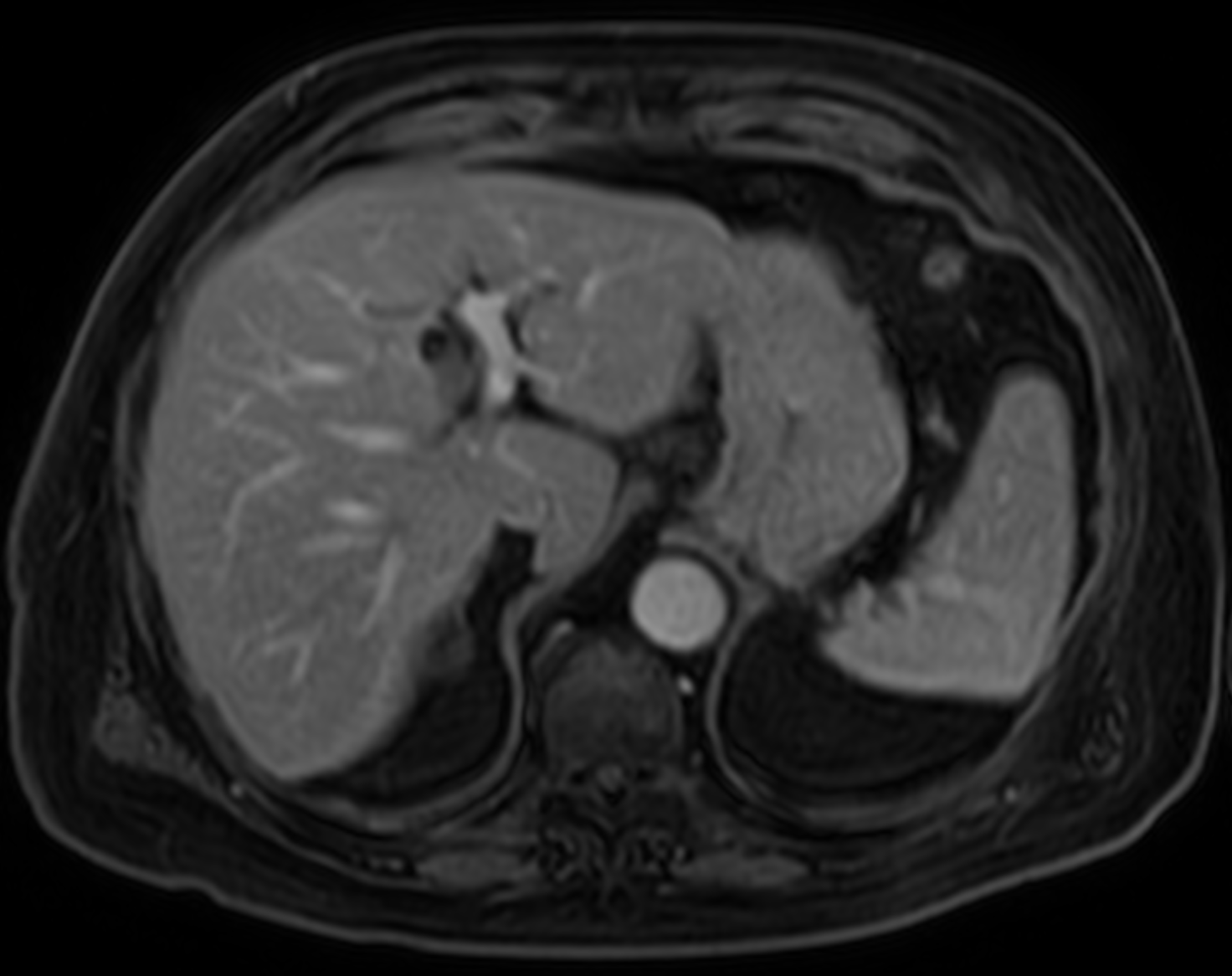 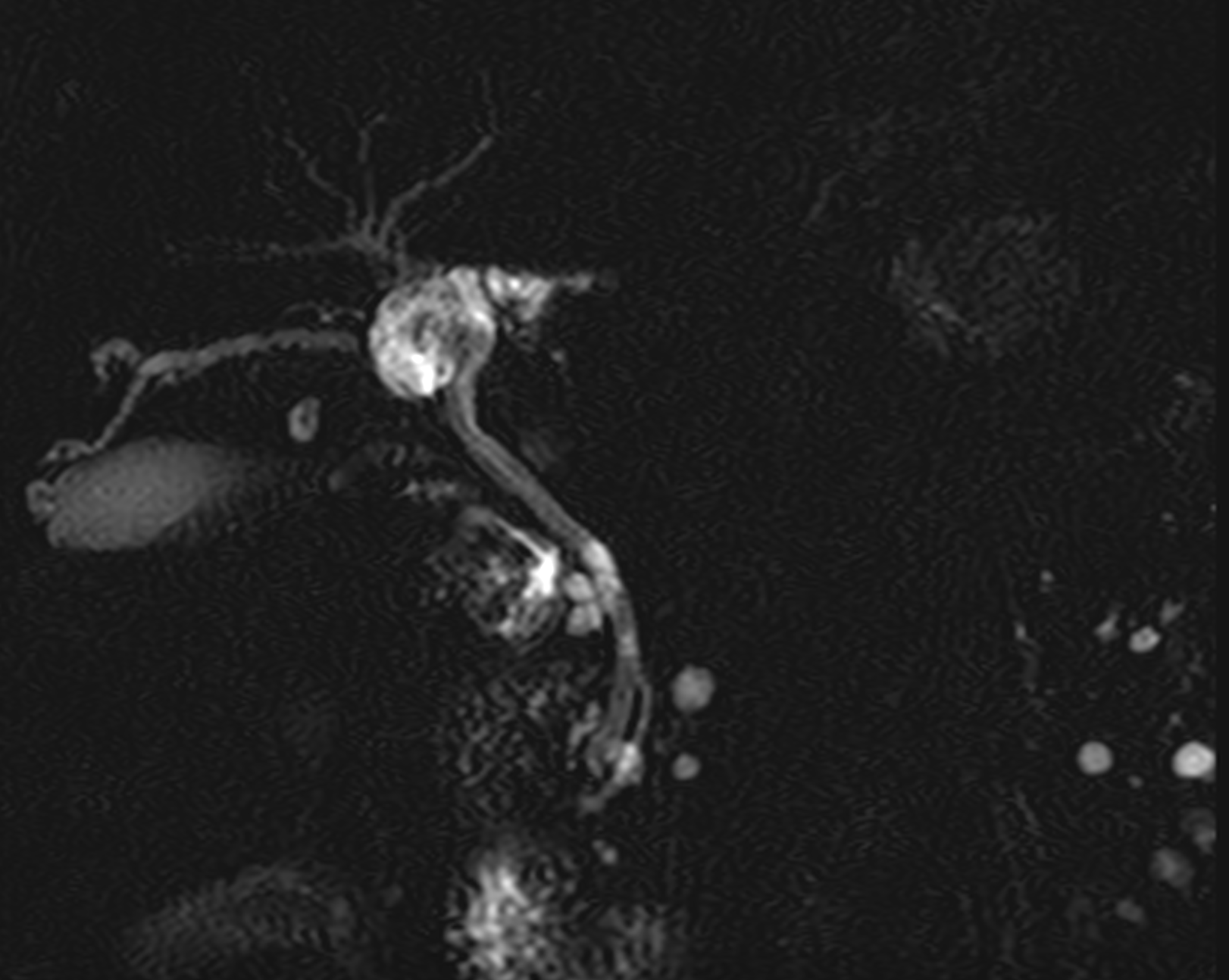 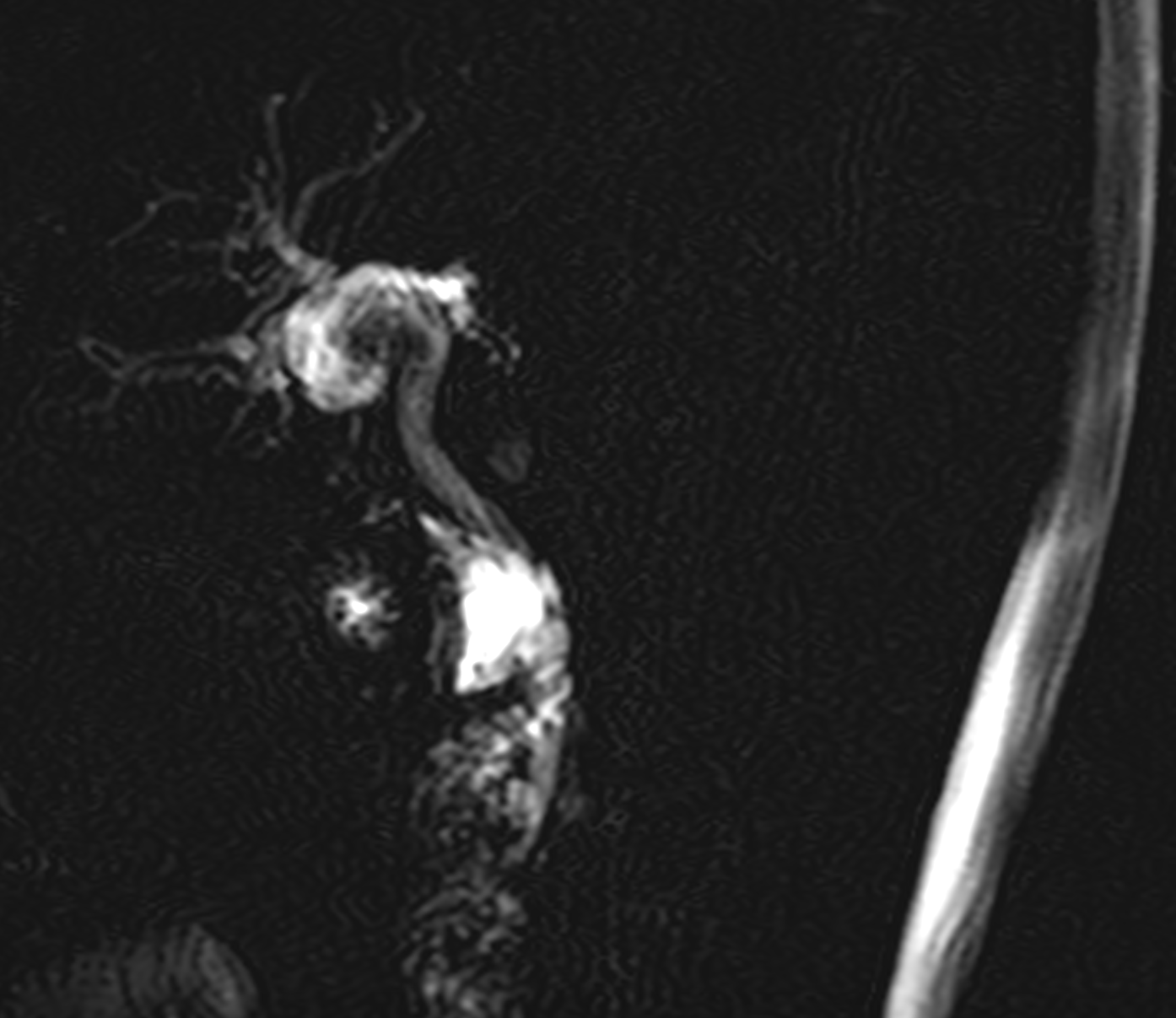 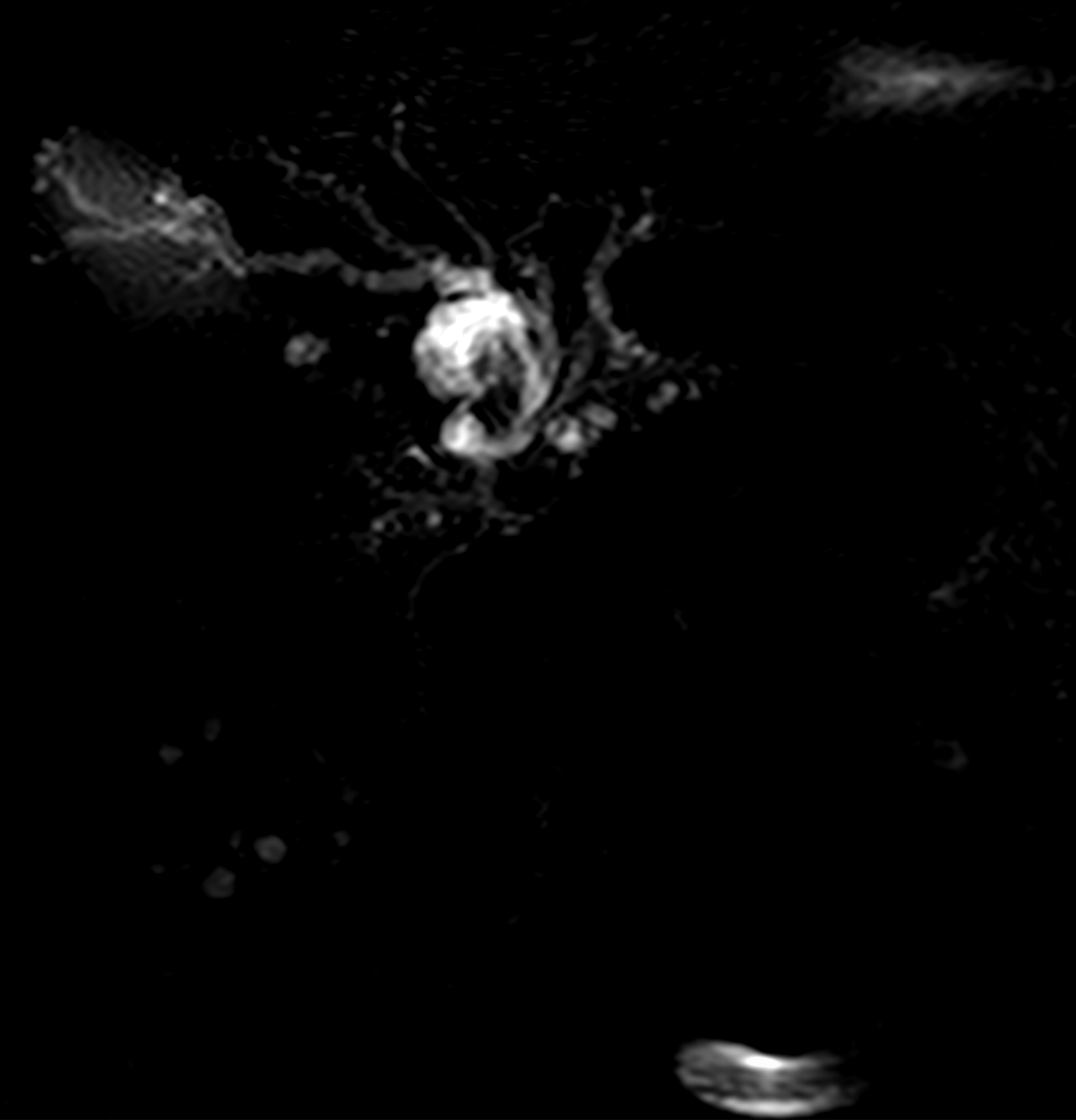 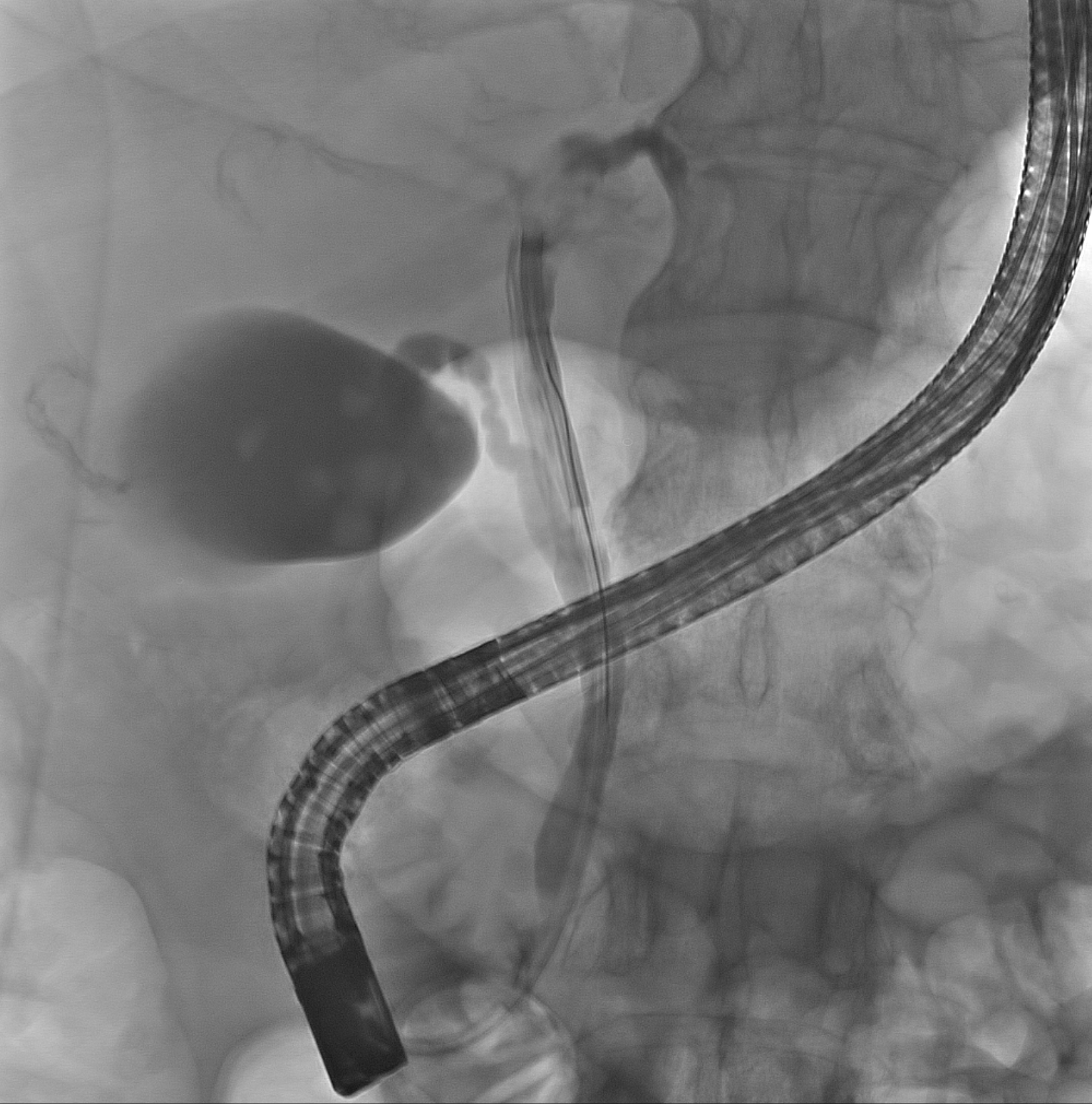 Mucin and the vegetating solid lesion within the left main bile duct are depicted as a cup-shaped defect on ERCP.
© Department of Radiology, Champalimaud Foundation, Lisbon, Portugal, 2019