A healthy 18-year-old girl showed sudden psychiatric symptoms (altered mental status), that didn’t change after pharmacotherapy. After one week, for incoming hyperpyrexia and seizures, she underwent lumbar puncture and serum exams which both showed an elevated title of anti-N-methyl-D-aspartate receptor (NMDAR) antibodies.

The brain Magnetic Resonance Imaging (MRI) showed a mild to moderate swelling of the right frontotemporal cortex (consistent with encephalitis but nonspecific), without any other alterations in signal or morphology (Fig. 1a, b).

The whole body Computed Tomography (CT) showed a cystic mass in the pelvic space, not separable from the right ovary. The aforementioned lesion had a density between 10 and 20 HU, ovoid shape, regular borders, and some tooth-like calcifications in its lateral wall (Fig. 2a, b). According to the imaging and laboratory findings, a paraneoplastic limbic encephalitis was hypothesised; a right laparoscopic oophorectomy was performed with removal of a 9 cm, predominantly cystic, ovarian mass that contained hair and a tooth bud, which macroscopically was compatible with a dermoid cyst. After surgery, the patient showed a rapid and significant improvement of her clinical condition, with progressive recovery of consciousness, motor functions and speech.

Limbic encephalitis (LE) is a rare, non-metastatic and often misdiagnosed pathology. It presents with sudden psychiatric symptoms, altered conscience status and sometimes epilepsy. It is often a manifestation of paraneoplastic syndromes (and it is sometimes associated with small-cell lung cancer, testicular germ-cell tumour or breast tumour). In these cases, there is often the detection of antibodies directed against unknown antigens, that are predominantly expressed in neurons’ membranes in the hippocampus. [3, 4] There is also a severe, potentially fatal, association between LE and ovarian teratoma, which expresses NMDAR subunits that react with the patient’s antibodies and mainly involve  the hippocampi and forebrain regions, triggering a cascade of neurological and psychiatric symptoms. [5] Early diagnosis is essential, because in the majority of these cases, if correctly diagnosed and rapidly treated, LE could have a good clinical outcome [1], avoiding dangerous consequences.

Usually, patients who develop this condition are young women who suddenly show acute psychiatric symptoms, followed by seizures, memory deficits and a decreased level of consciousness or hypersomnia and central hypoventilation, that often requires ventilatory support. [2] About 70% of patients have prodromal symptoms, such as headache, fever, nausea, vomiting, diarrhoea. Within a few days, patients develop psychiatric symptoms (i.e. anxiety, insomnia, fear, mania and paranoia). Social withdrawal and stereotypical behaviour are sometimes seen. Language impairment (from echolalia to frank mutism) is frequent, as well as short-term memory loss, which is underestimated because psychiatric symptoms and speech problems often interfere with the assessment of memory.

The diagnosis of this pathological entity is based on the combination of clinical findings, CSF and serum autoantibodies and imaging findings. Brain MRI may help in detecting signal abnormalities (especially in Flair and T2-weighted images), which can be located in different parts of cerebral parenchyma (basal ganglia, cerebral and cerebellar cortex, brainstem), but are most often visible in the mesial parts of temporal lobes and hippocampi. These findings are usually transient. There is sometimes a mild contrast-enhancement in the affected areas or in the meninges. Nevertheless, these MR findings are nonspecific and need to be supported by other elements. [6] A contrast-enhanced whole body computed tomography is necessary for the search of tumours in other parts of the body. 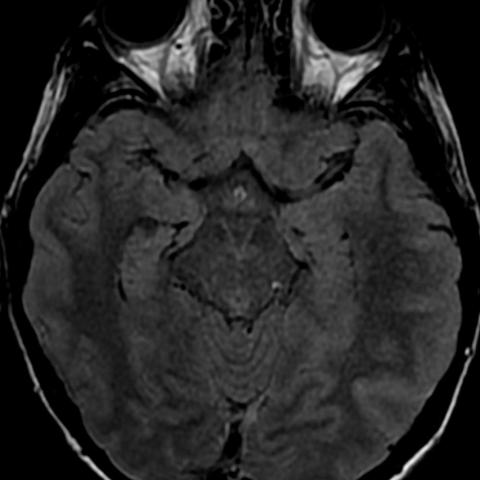 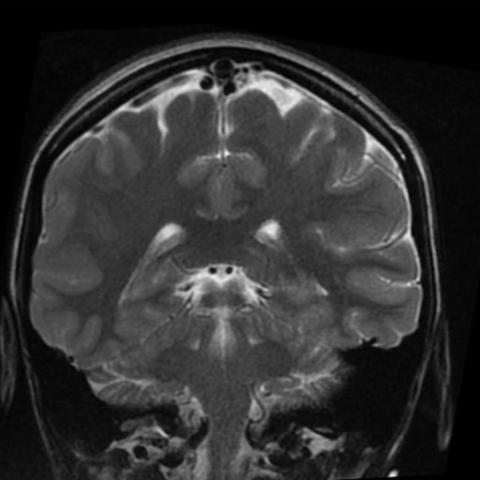 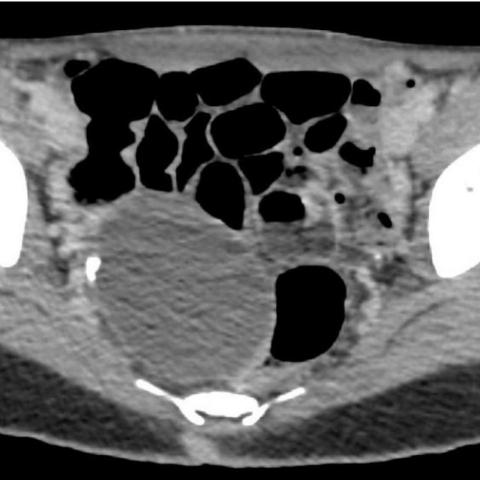 CE-CT: Axial plane showing a predominantly cystic lesion in the right pelvis containing a tooth-like calcification in its lateral wall. 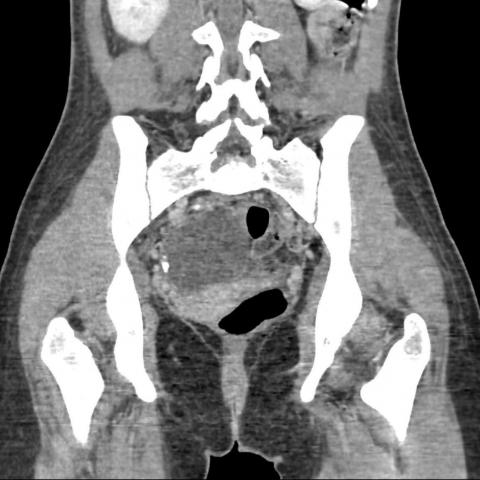 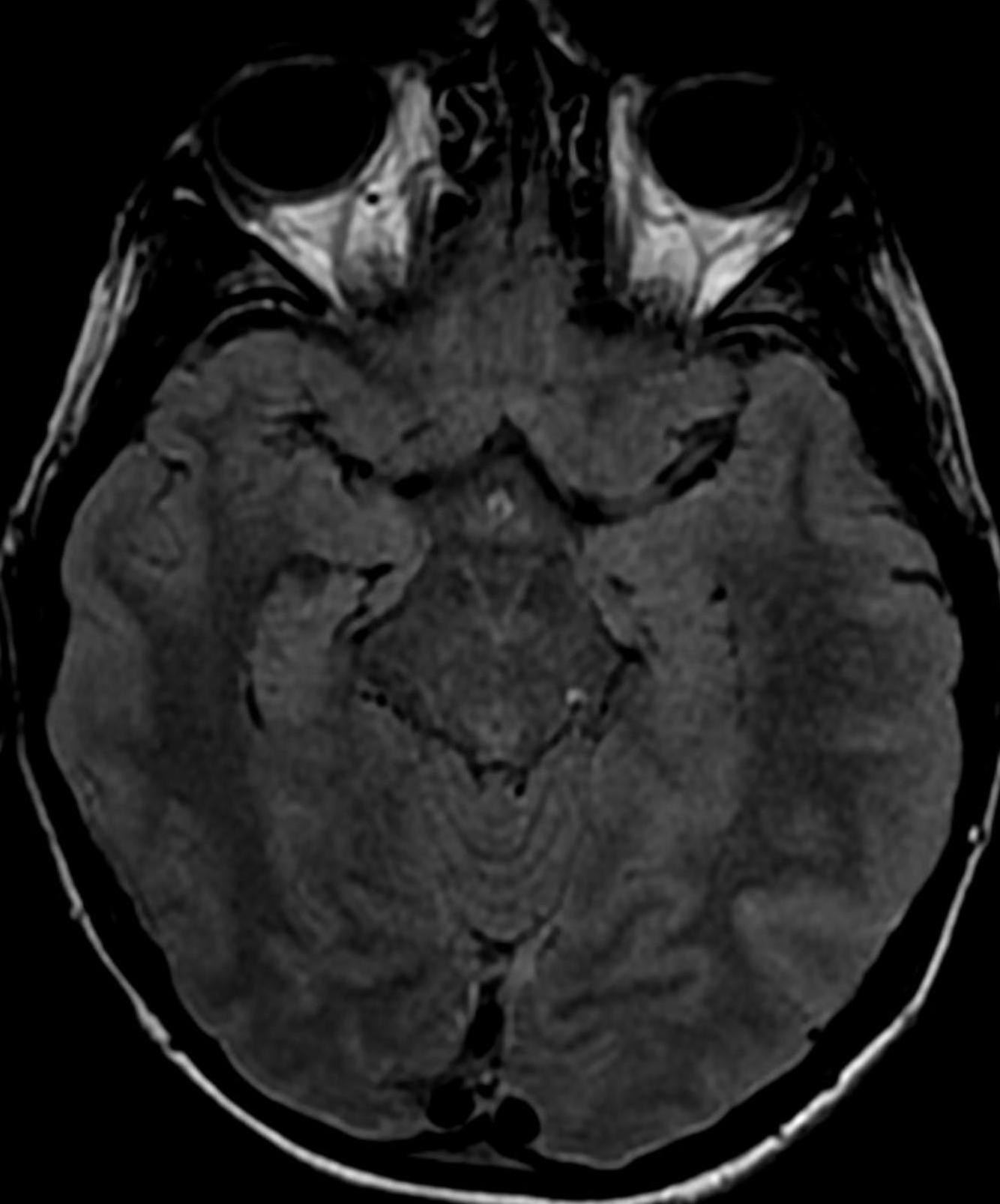 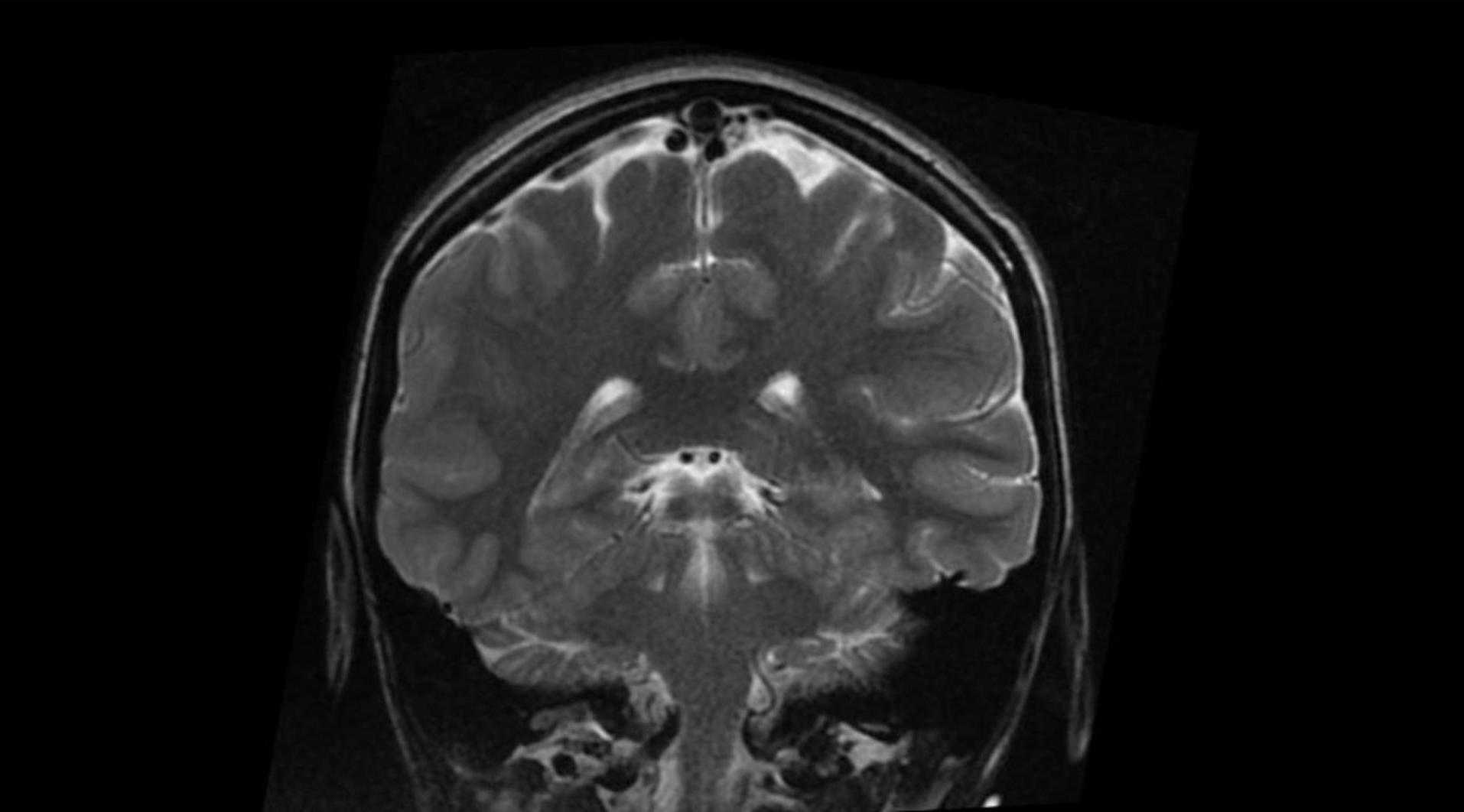 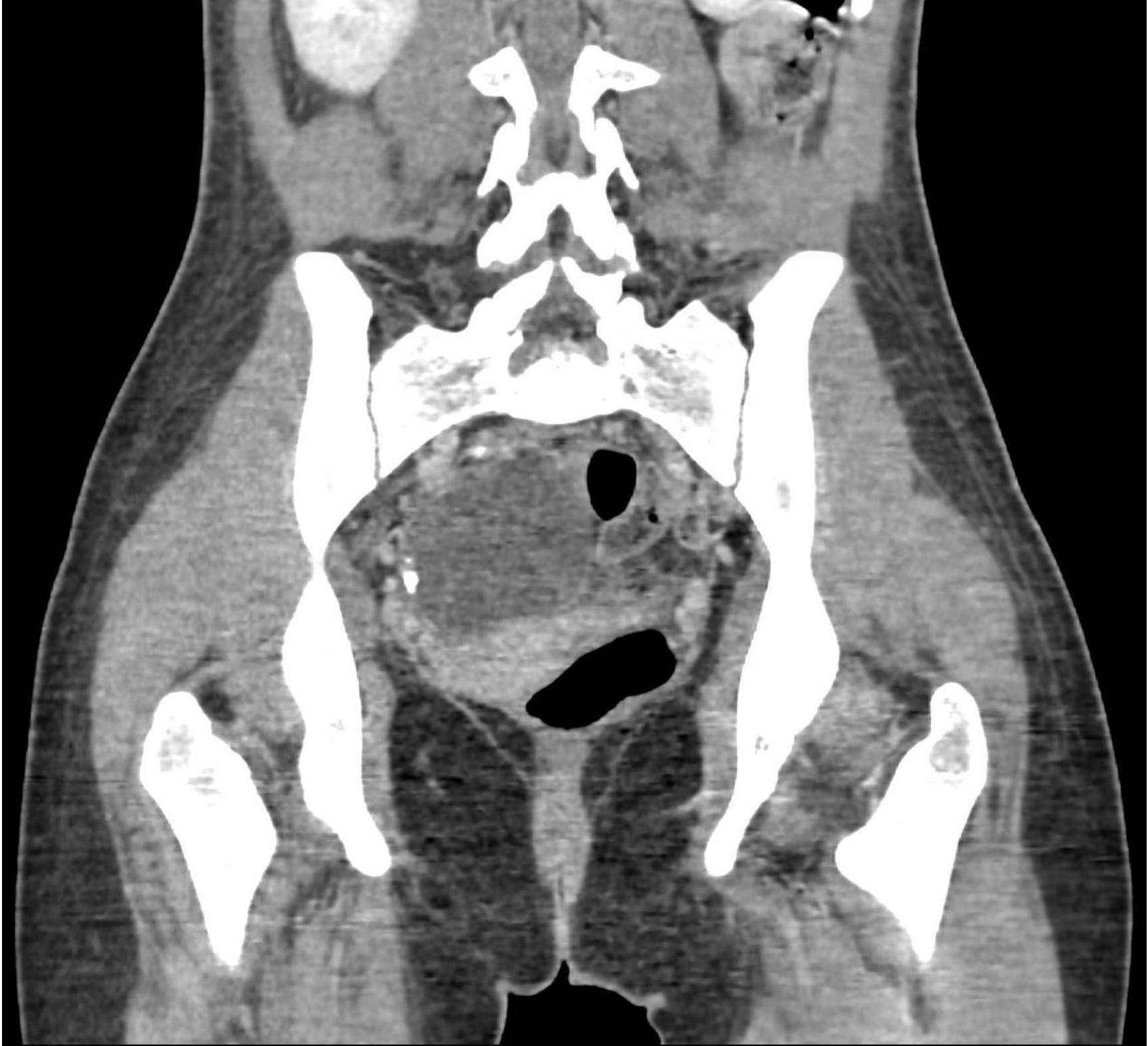