56-year-old patient came with symptoms of worsening cough and progressive shortness of breath over the past four months. He has a history of working in a stone quarry for more than 15 years. He reports long-standing history of dry cough for which he was previously diagnosed as positive for tuberculosis and was treated with antitubercular drugs. There was no history of fever, haemoptysis, chest pain, joint pain, skin rash or wheeze.

Confluent fibrosis and scarring are noted in both lungs with traction bronchiectasis and reduced right lung parenchymal volume. Multiple enlarged lymph nodes with calcifications are noted in pretracheal, paratracheal, precarinal, subcarinal, prevascular, aortopulmonary window, para-cardiac and both hilar regions, the largest measuring about 37 x 20 mm in the right paratracheal and pretracheal regions. There was no evidence of pleural effusion/pericardial effusion. Pulmonary arteries, pulmonary veins and superior vena cava appeared normal. The chest wall including the ribs and soft tissue were normal.

Progressive massive fibrosis (PMF), also known as conglomerate masses, is the radiographic feature significantly associated with respiratory deficits. In PMF, small nodular areas of fibrosis associated progressively coalesce into larger (>3 cm) fibrotic masses. These masses are typically noted in the upper lungs and result in fibrotic distortion of the surrounding lung parenchyma. Progressive massive fibrosis in silicosis demonstrates fibrotic masses predominantly involving upper lobes causing upper displacement of the mediastinum. These masses have irregular margins with their lateral interfaces often parallel to the lateral chest wall. Almost all nodular pneumoconioses can cause PMF, but it is most strongly associated with silicosis. Many patients with simple silicosis (interstitial disease without PMF) are clinically asymptomatic. Nearly all patients with complicated silicosis have associated dyspnoea [1]

Silicosis is a fatal occupational disease caused by inhalation of crystalline silica which presents with fibrosis [2, 3] .It occurs due to deposition of tiny particles of silica with diameter of 0.5 to 5 microns, in distal airways. This condition can be an occupational hazard among those employed in sand stone industry, sand blasting who have a high risk of silica exposure [3]. Factors that determine the development of disease include time of exposure, concentration of respirable dust in the atmosphere and amount of free silica in the dust. Higher biological activity of freshly crushed silica causes accelerated progression of silicosis in these workers due to greater cytotoxic effects on alveolar cell membranes [4]

Silicosis is often confused with post primary tuberculosis due to radiological resemblance, and it is common to develop tuberculosis in silicotic patients. The differentiating features are (a) in silicosis, primarily, there is increase of bronchovascular markings followed by rounded opacities, whereas in tuberculosis rounded opacities appear earlier followed by linear opacities and (b) tubercular nodules usually occur in upper lungs, whereas silicotic nodules are localized in upper and midzone with no connection with hilum. [4] The radiological signs suggesting tuberculosis in the background of silicosis are new onset parenchymal shadows, cavitation, asymmetric opacities in upper zone that are increasing, irregular cavitation, pleural and pericardial effusion [5]. CT findings in silicosis multiple small nodules that are upper and mid lobe predominant and accompanied by calcifications, hilar and mediastinal lymphadenopathy which may precede the appearance of parenchymal nodular lesions and calcification of lymph nodes, commonly at the periphery of the node.

Pulmonary tuberculosis is reported to be higher in patients with silicosis. The imaging appearances of the lungs, with architectural distortion and fibrosis, make it difficult to assess for tuberculosis, hence clinical picture is essential to raise suspicion for the associated infection.

The factors to differentiate post primary tuberculosis and progressive massive fibrosis are that the latter rarely causes cavitation, associated pleural effusion and distortion of intrathoracic structures [6]

Since changes of early silicosis, as revealed by chest radiographs, are not characteristic of that disease alone, an occupational history is emphasized by radiologists as an essential tool for diagnosis. An adequate occupational history shows that the dust exposure has been similar in detail to exposures previously found to be hazardous. Difficulties arise when the exposure has been to unknown dust / occupation [7]. This is essential for us in our country where occupational hazard is a well-recognized entity. So far, no specific treatment for silicosis has been found. Preventing further exposure and symptomatic management are the only current options.  Since silicosis is completely preventable, factors such as educating workers, use of personal protective equipment and periodic screening should be will help. Strict legislations should be in place to protect employees and to check compliance [8]. 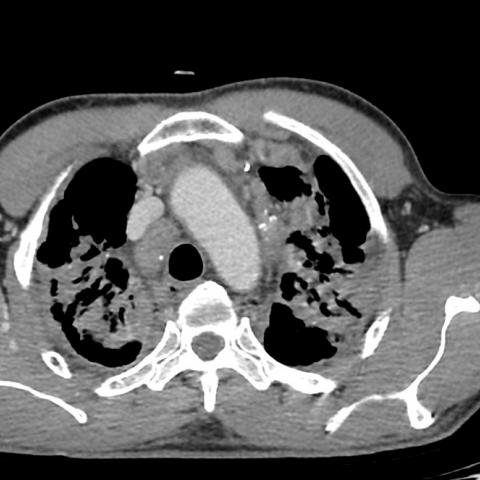 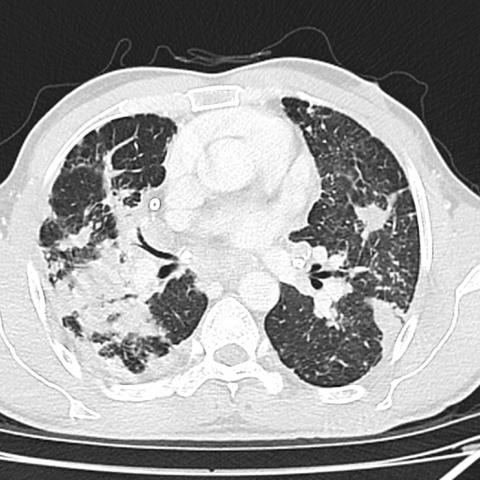 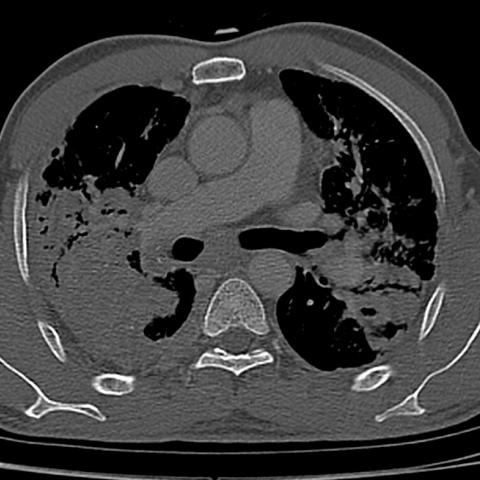 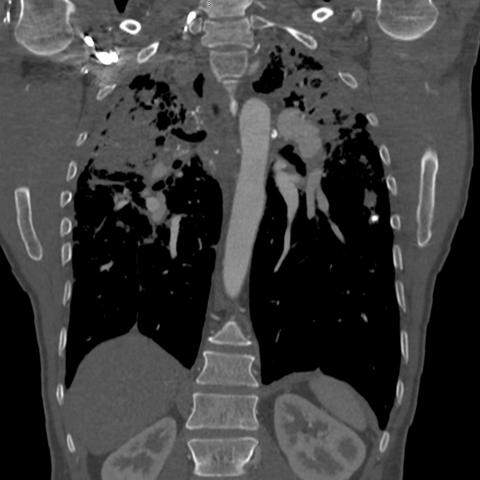 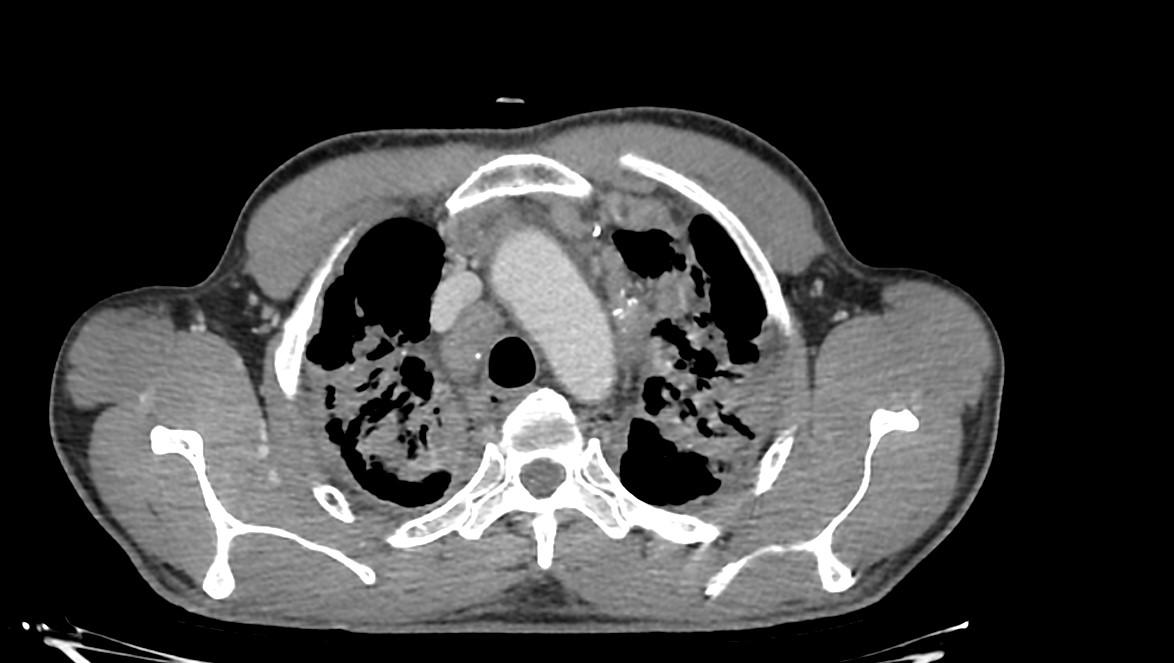 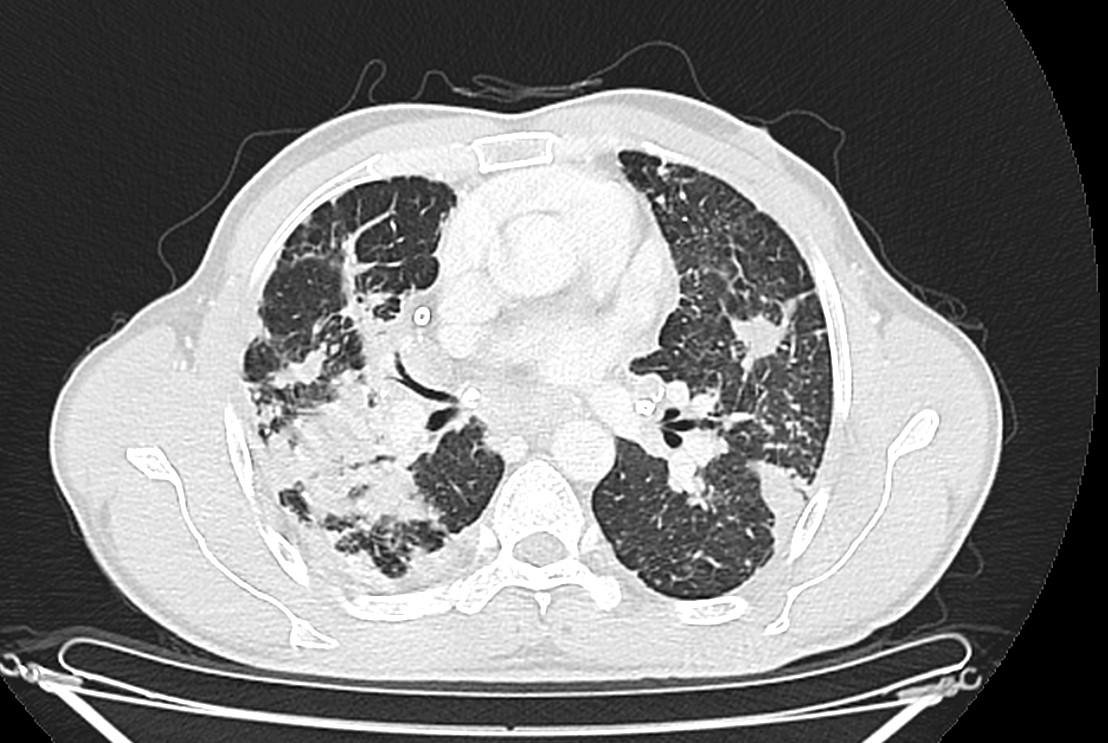 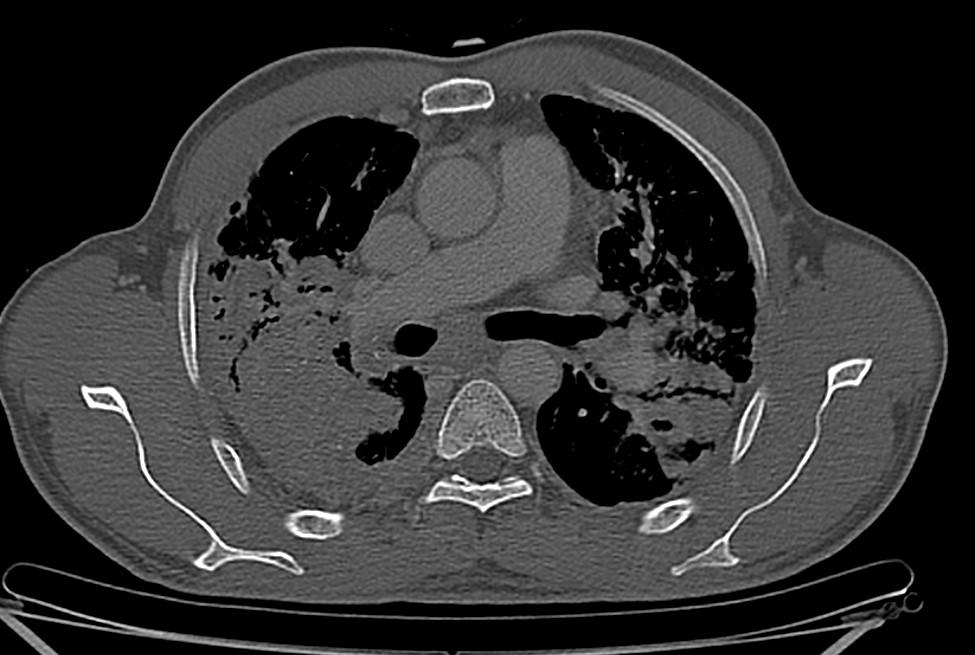 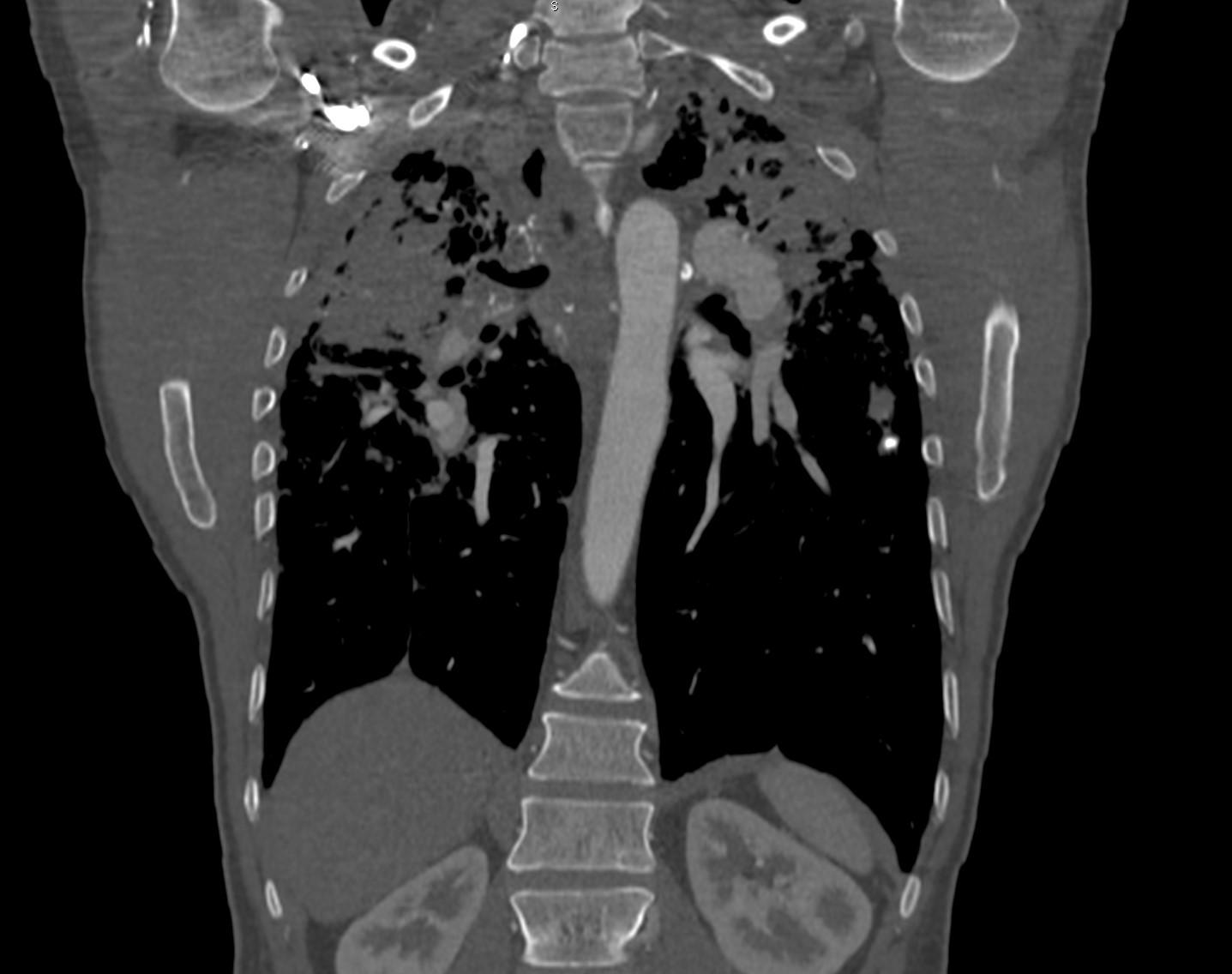