A 39-year-old male patient who presented with abdominal pain and had a past history of pancreatitis for a duration of 3 weeks. The patient was first evaluated with gastroscopy, which revealed external compression on fundus –suggestive of spontaneous pseudocyst or gastric fistula. He was then sent for CECT.

On CECT abdomen, the body and tail of the pancreas appeared bulky with peripancreatic fluid – suggestive of pancreatitis. There was presence of multiple pseudocysts, a pseudocyst measuring 52x47 mm noted in the intramural location with thickened walls. Another large pseudocyst was noted in the tail of the pancreas extending upwards into the lesser sac through oesophagal hiatus and into the lower mediastinum. Pseudocysts were also noted located along the inferior surface of the left hemi diaphragm. Ultrasound was also done as part of completion and there was evidence of splenic varices, moderate ascites and left pleural effusion in addition to pseudocysts

Aspiration of fluid high in amylase and lipase content is also a reliable modality for confirming the diagnosis of intramural pseudocyst as was done in one of our cases [4]. Due to their rarity, there is no consensus on the best approach for their management. A majority of published cases have either been diagnosed at laparotomy or treated by surgical decompression [4]. However, as the intramural pseudocysts are immediately adjacent to the GIT lumen, they can effectively be treated by endoscopic aspiration/drainage, as was done in the majority of cases.

Intramural pseudocysts of the upper GIT are very rare and CECT is a useful investigational modality for diagnosing and characterising them. Gastric intramural pseudocysts frequently present with abdominal pain and symptoms of gastric outlet obstruction, but they can also present as an atypical location in cases of pancreatitis. 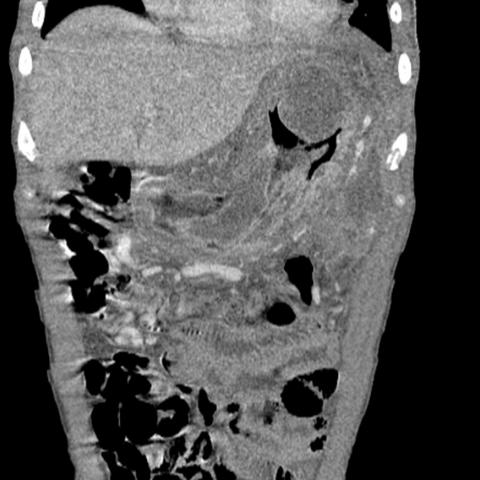 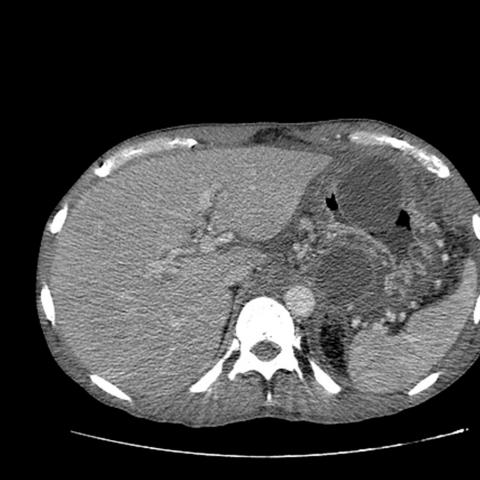 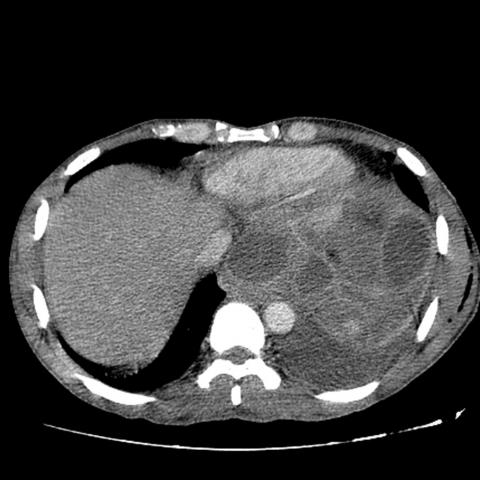 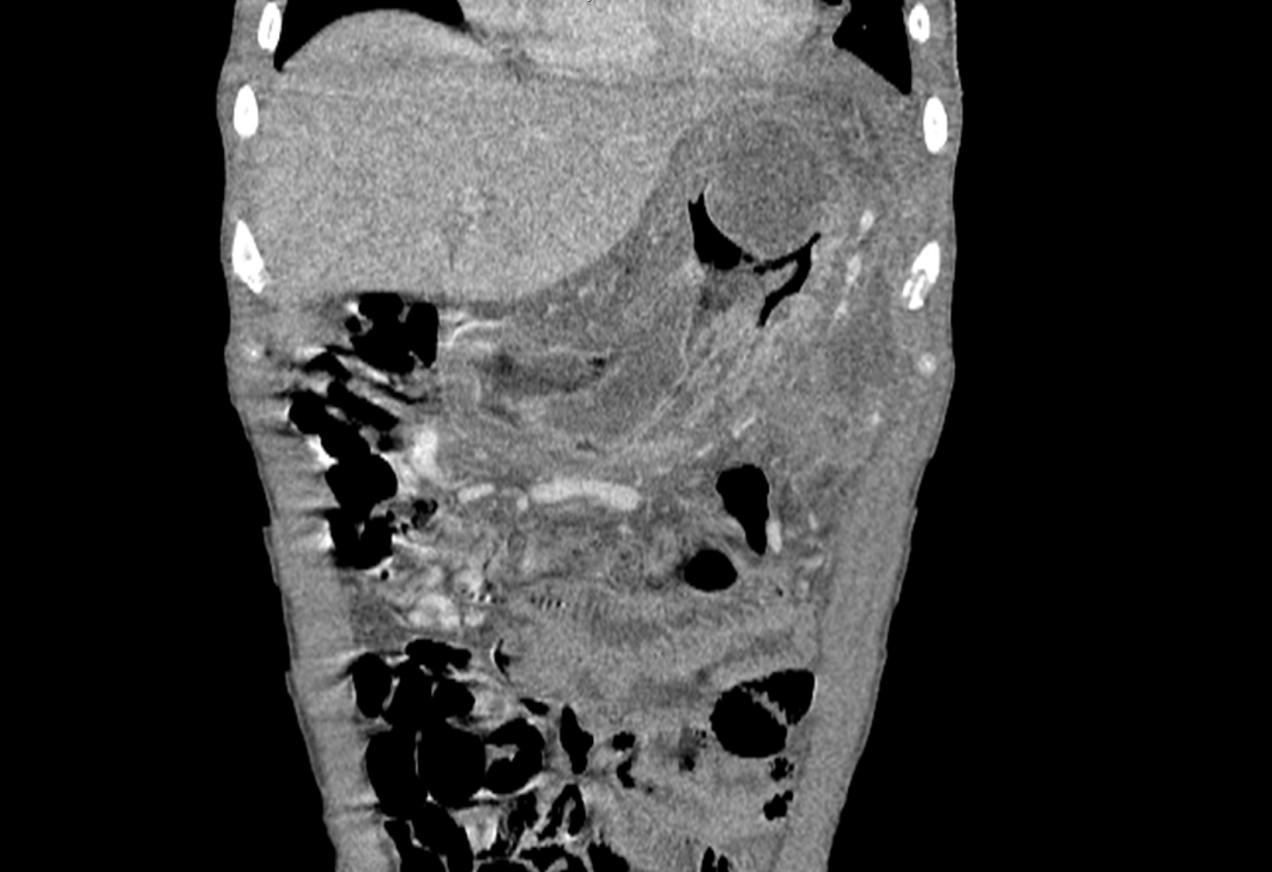 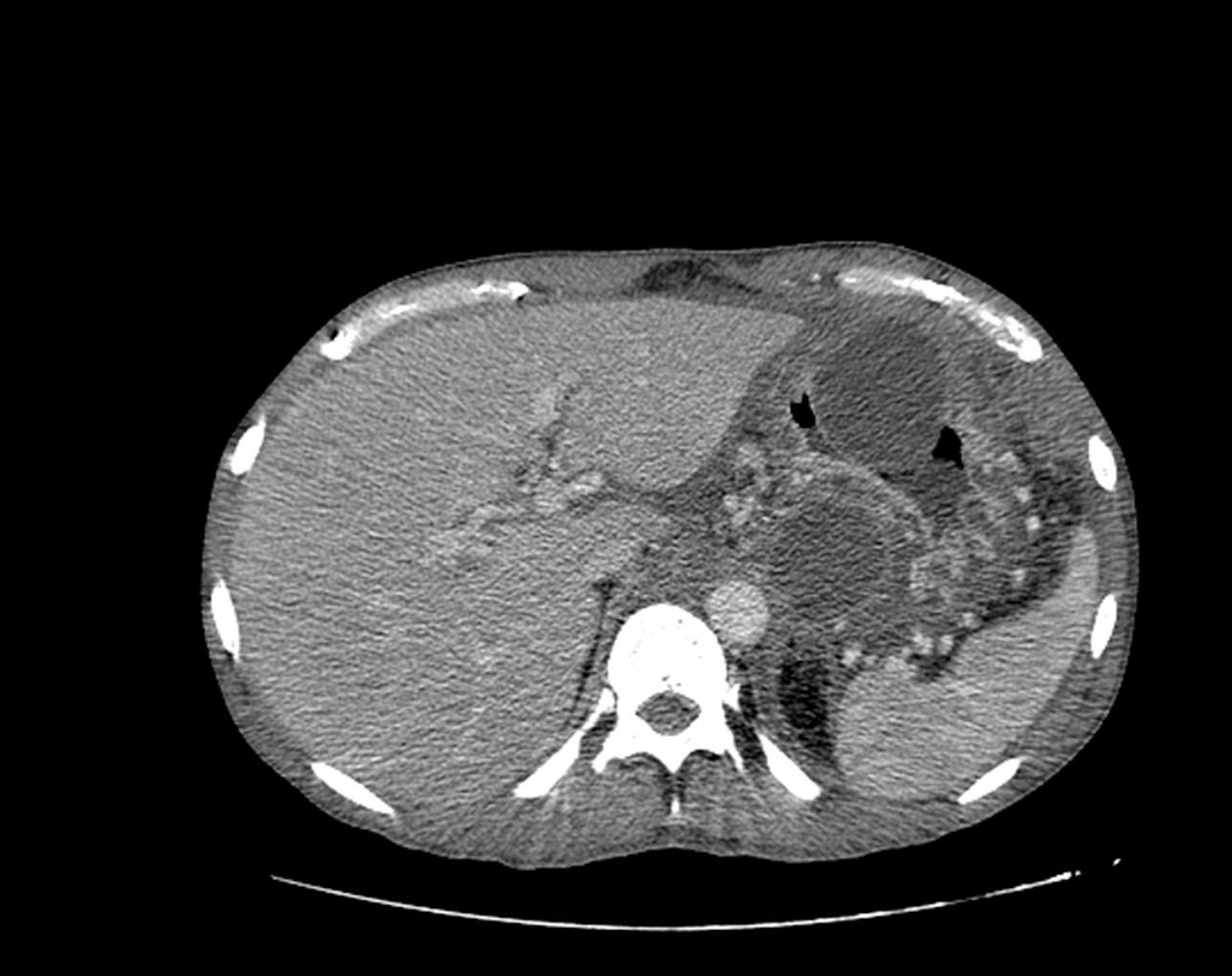 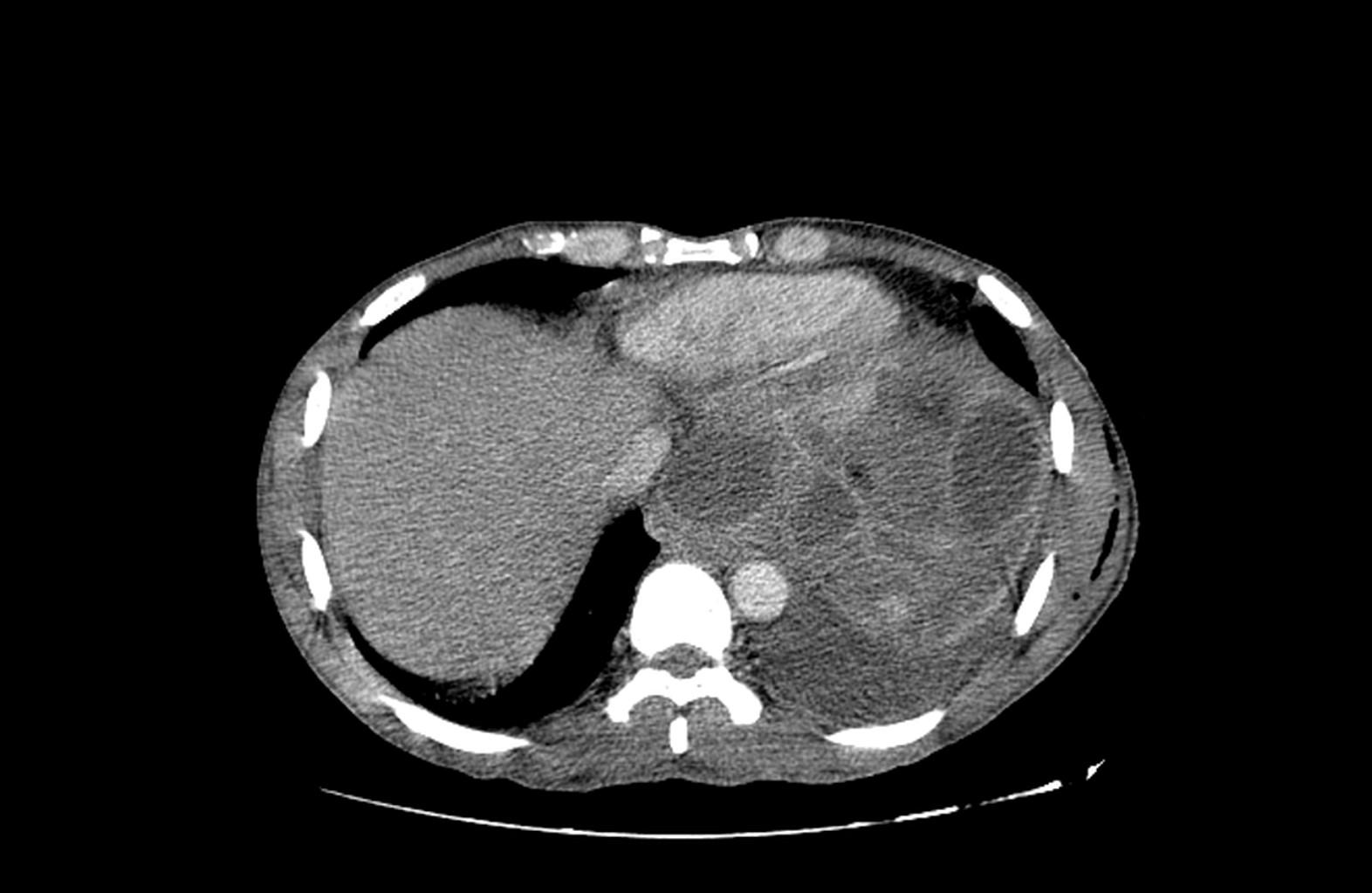