A 22-year-old female patient presented with pain and swelling in the left iliac bone with associated difficulty in walking for the past 6 months. No history of trauma. No complaints of fever.

Radiograph of the pelvis shows an expansile lytic lesion with few bony septations and cortical disruption in the left iliac bone. There is no evidence of periosteal reaction and marginal sclerosis. (Fig. 1)

Computed tomography of the pelvis shows a large homogeneous soft tissue density (35-40HU) lesion with destruction of the left iliac bone. It also displaces the adjacent muscles. There is no evidence of calcification and haemorrhage. (Fig. 2)

MRI pelvis in all three sections demonstrates a well-defined T1 and T2 hypointense lesion in the left iliac bone with no diffusion restriction and blooming. Post-contrast images show peripheral enhancement of the lesion with a central non-enhancing area. There is no surrounding bony or muscle oedema. (Fig. 3).

Based on these findings, the diagnosis of fibrous tumour of the bone was made. The patient underwent left hemipelvectomy and biopsy revealed benign fibrous histiocytoma of the iliac bone.

Benign fibrous histiocytoma (BFH) is a tumour with fibroblastic and histiocytic components accounting for less than 1% of all benign bone tumours [1]. This tumour is also known as fibroxanthoma or xanthogranuloma of the bone. Histologically it is composed of spindle-shaped fibroblasts, arranged in a storiform pattern, with a variable admixture of small, multinucleated osteoclast-like giant cells. Hence it is indistinguishable from non-ossifying fibroma. [2].

BFH occurs most commonly in young adults with female predominance. Most often it is asymptomatic, few individuals may present with pain. The most common locations include: The spine and the long bones, especially femur and tibia, preferably in a non-metaphyseal location. It is rarely identified in ribs, facial bones and pelvis [3].

On imaging, it displays cortical expansion with bony septations or ridges giving it a typical “soap bubble” appearance in radiographs. It is not associated with periosteal reaction or matrix calcification. Two third of cases show sclerotic margins. CT demonstrates its expansile nature, cortical disruption and associated soft tissue component. On MRI the lesion is hypointense on T2W images because of its fibrous nature. The closest differentials of BFH are non-ossifying fibroma and giant cell tumours (GCT), radiologically as well as histologically. However, we can differentiate them based on the following characteristics:

Other differentials on conventional radiographs are chondromyxoid fibroma (CMF) and aneurysmal bone cyst (ABC). T2W images differentiate CMF from BFH by showing high signal intensity in CMF due to its chondroid matrix. Aneurysmal bone cyst demonstrates typical multiloculated appearance and fluid- fluid levels on CT and MRI, which are absent in BFH [4, 5].

Complete surgical resection with curettage is the treatment of choice for BFH. Few cases might have an aggressive nature and show recurrence. It is of utmost importance to differentiate NOF from BFH as it requires no treatment. 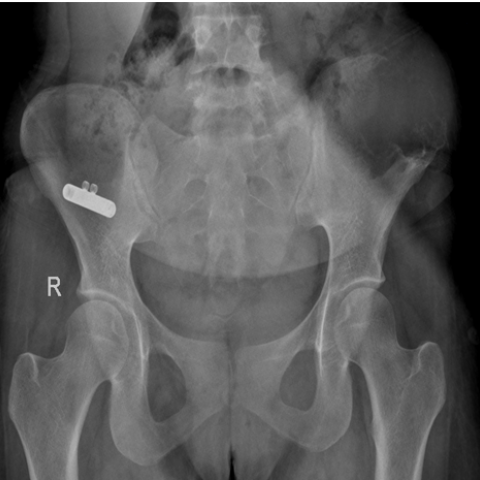 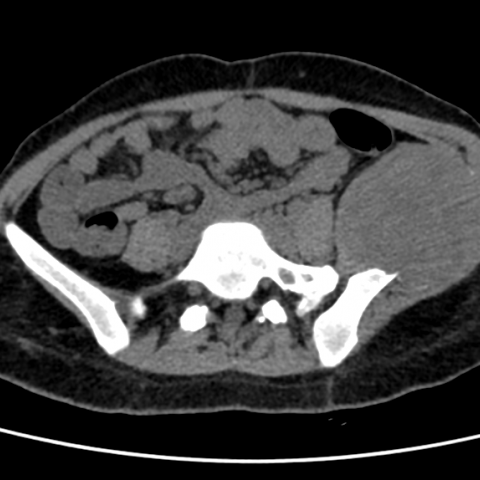 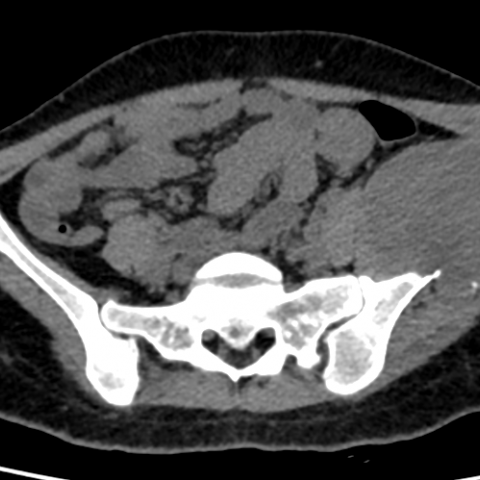 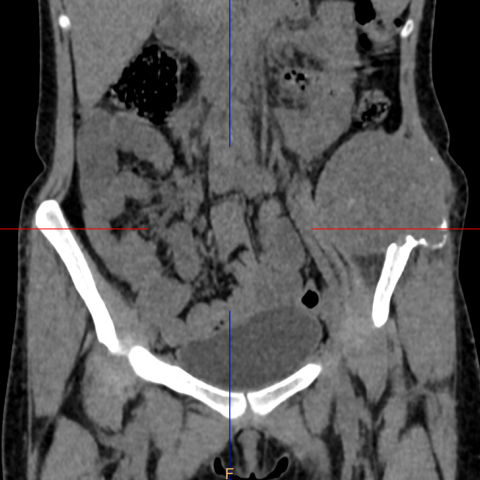 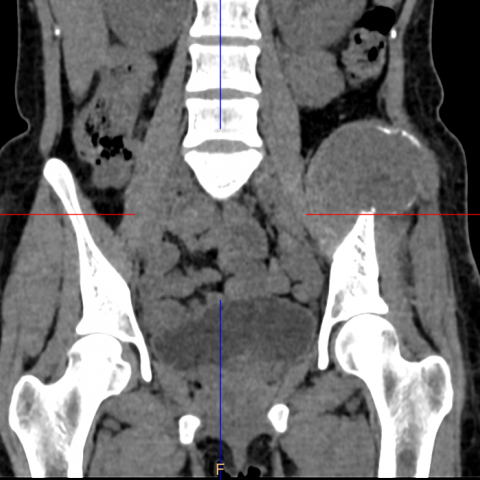 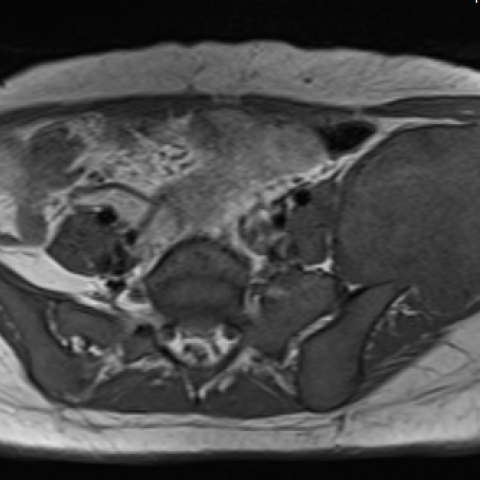 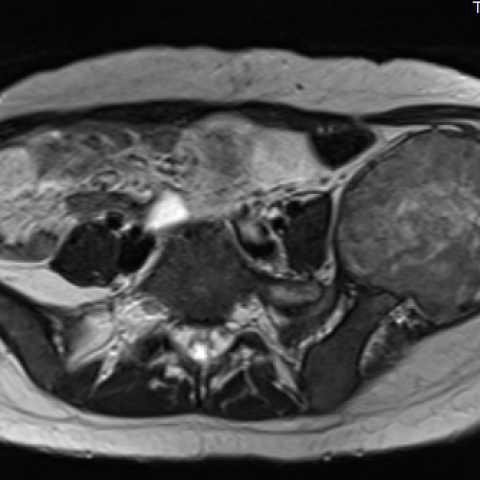 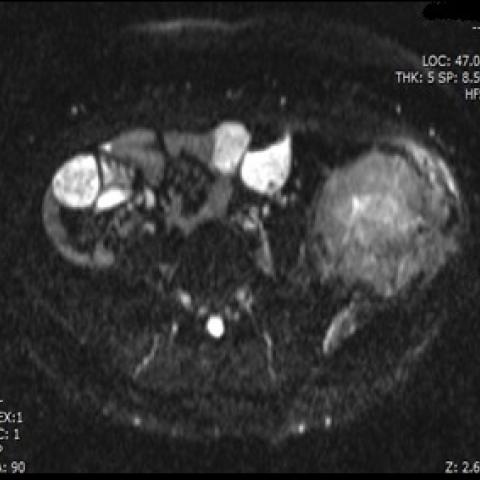 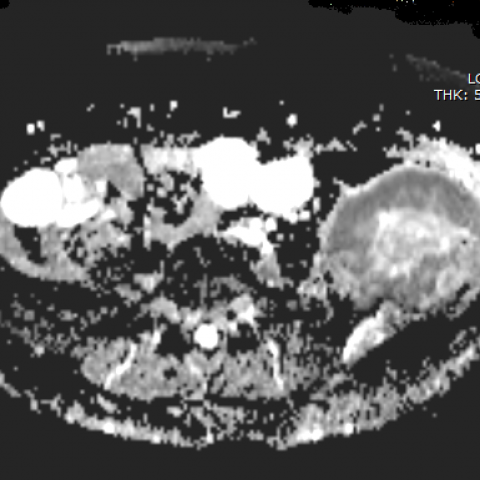 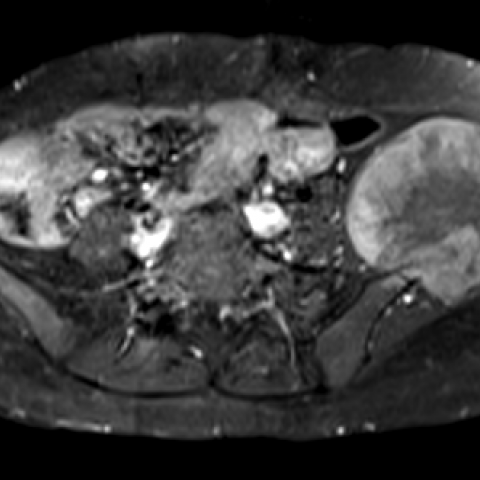 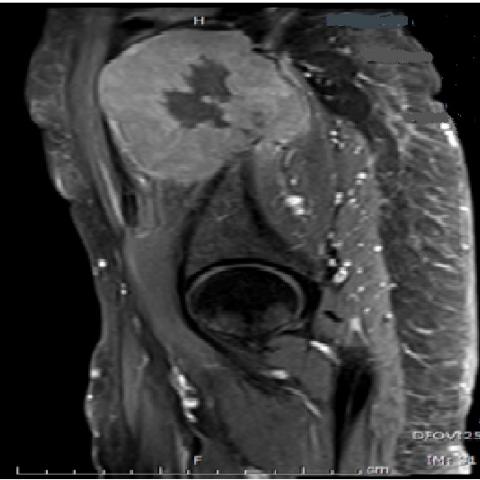 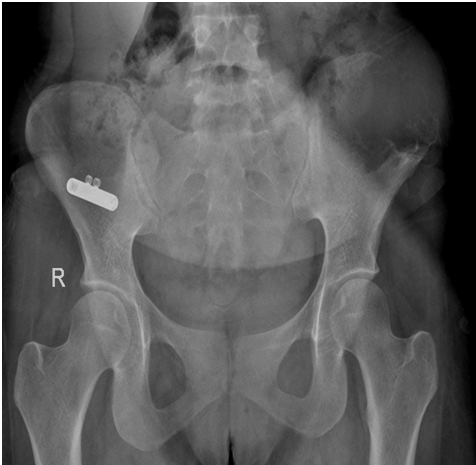 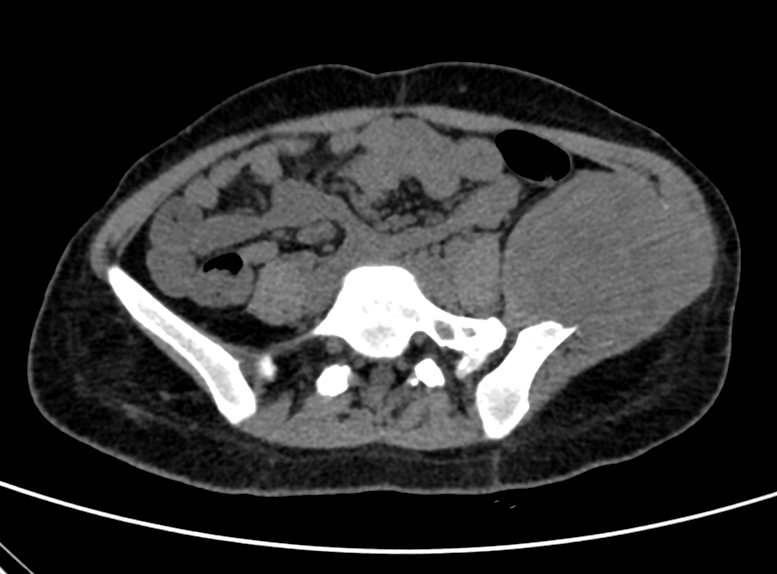 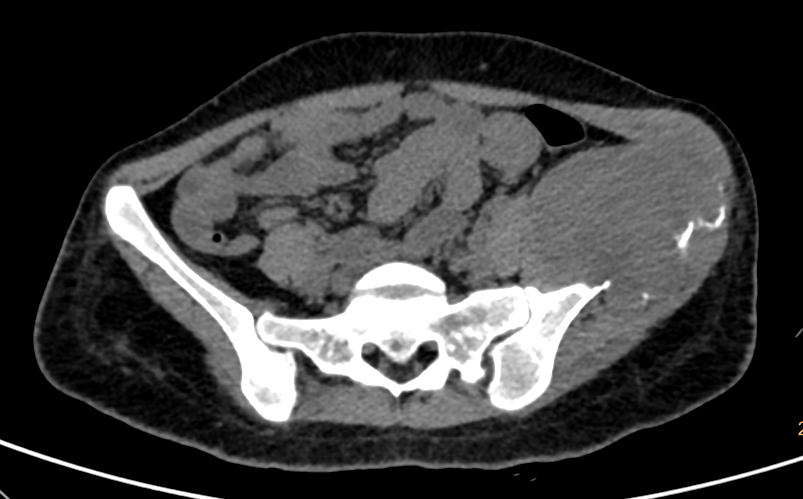 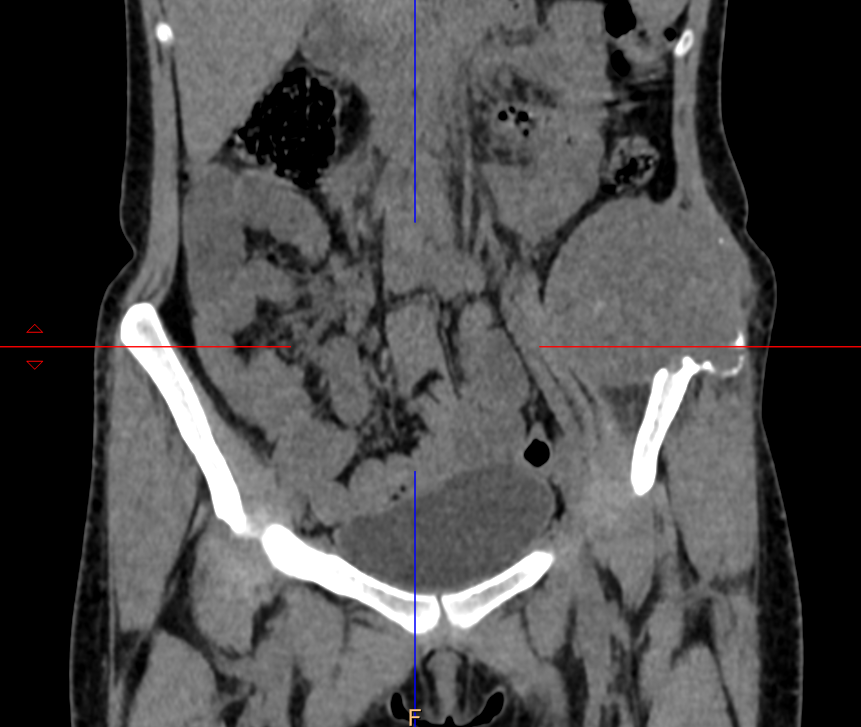 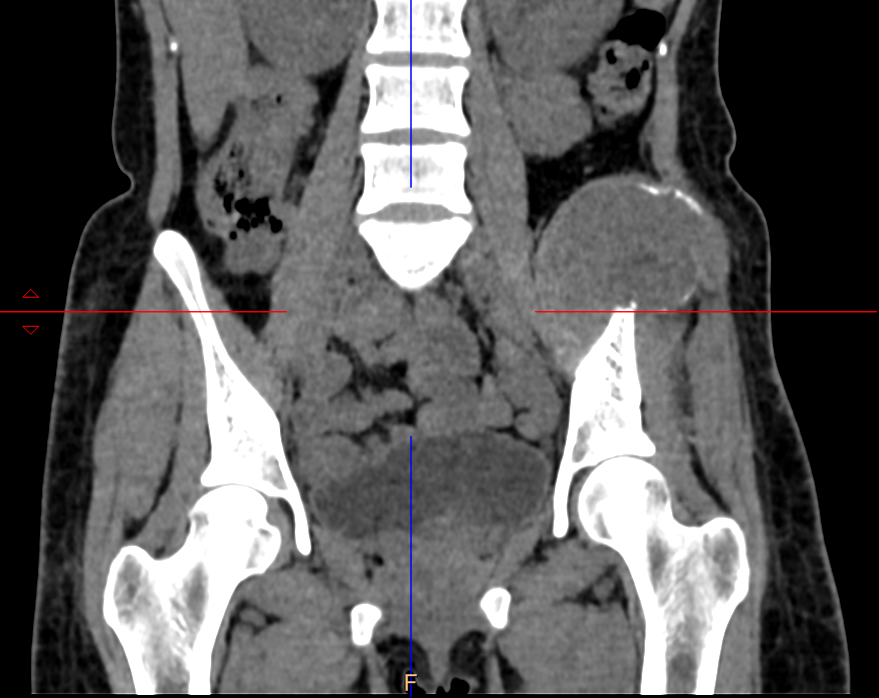 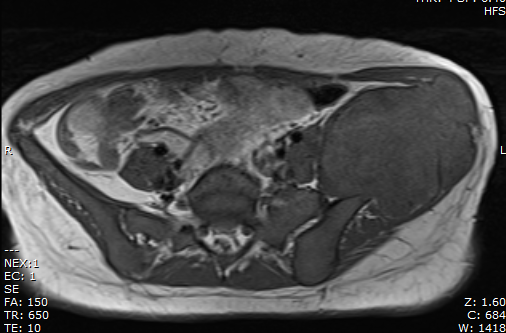 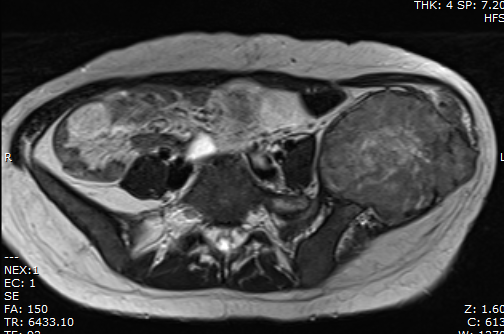 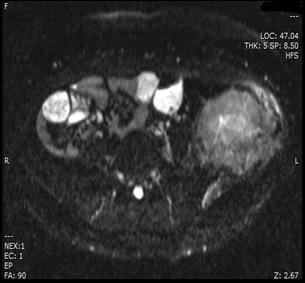 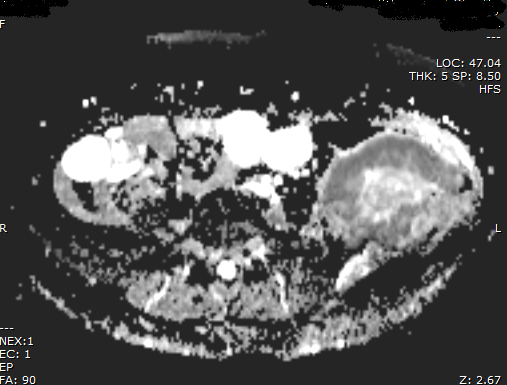 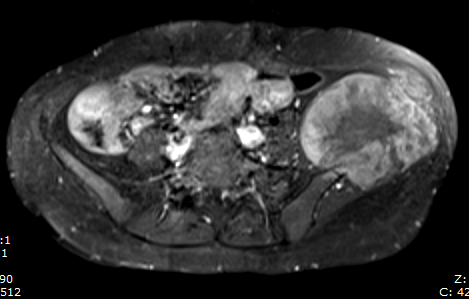 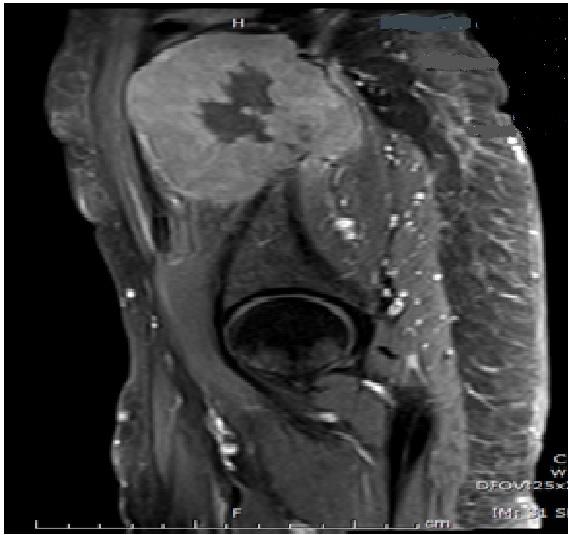