Transcatheter embolisation for the management of Wunderlich syndrome

We report a case of a 53-year-old female patient who presented to the emergency department with sudden onset of left-flank pain. She denied recent traumatic event or recent other illnesses. During the examination, she presented rapid drop of haemoglobin and haemodynamic instability.

We performed an urgent transarterial angiography of left-renal artery by right femoral approach. The angiogram showed a hypovascular tumour in upper-pole of left kidney with peripheral abnormal blood vessels and active arterial bleeding (Fig. 3). Superselective catheterisation and embolisation of the abnormal and bleeding vessels with particles (500-700 microns) and fibered microcoils was performed. The microcoils were released after achieve stagnation of flow obtained with the particles embolisation. Finally, the control angiogram confirmed complete tumour devascularisation with occlusion of the embolised arteries (Fig. 4). After embolisation, the haemodynamic status of the patient improved.

The risk of rupture of angiomyolipoma is usually determined by tumour size, several studies show that lesions > 4 cm cause symptoms, and there is an increased risk of bleeding and surgical or endovascular approach is recommended.

Our patient presented to the ER with left-flank pain and haemodynamic instability caused by spontaneous nontraumatic bleeding of a large angiomyolipoma that histopathologically is constituted by adipose, vascular and smooth muscle tissue in different proportions (Fig. 1,2).

The therapeutic approach was performed by renal angiography with superselective embolisation of the abnormal and bleeding vessels with fibered microcoils and 500-700 microns calibrated microspheres which stopped the bleeding avoiding the surgical repair (Fig. 3,4). We decided to embolise with non-absorbable particles in order to achieve a more “definitive” occlusion of the embolised vessels.

The image technique that best establishes the diagnosis of this syndrome is the abdominal CT. In our case, it was possible to detect retroperitoneal bleeding, being able to diagnose its cause and planify the endovascular treatment [3].

Wunderlich syndrome could be a life-threatening condition which demands prompt intervention. There are different types of treatments, such as conservative management, endovascular treatment and partial or radical nephrectomy. The choice of the proper treatment depends on the clinical status of the patient, laboratory tests results, and degree of rupture and bleeding of the kidney.

The endovascular management is a safe and very effective option with a high success rate and few complications, eliminating the need of surgical intervention [3]. 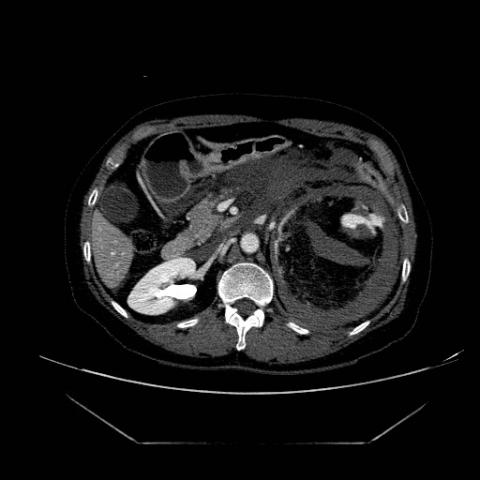 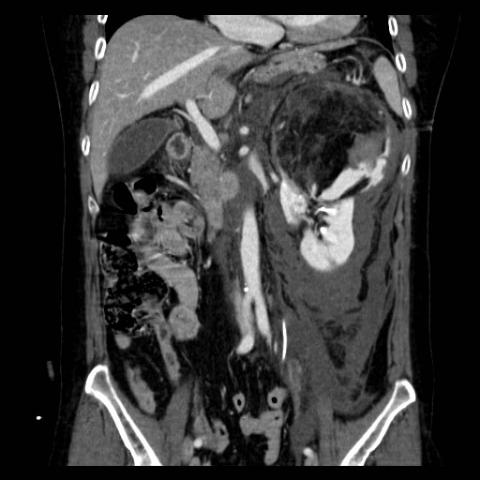 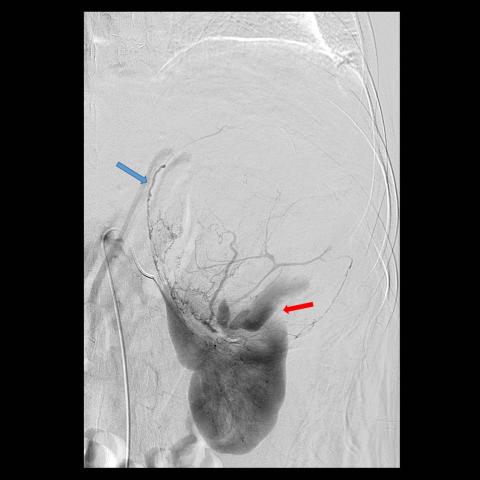 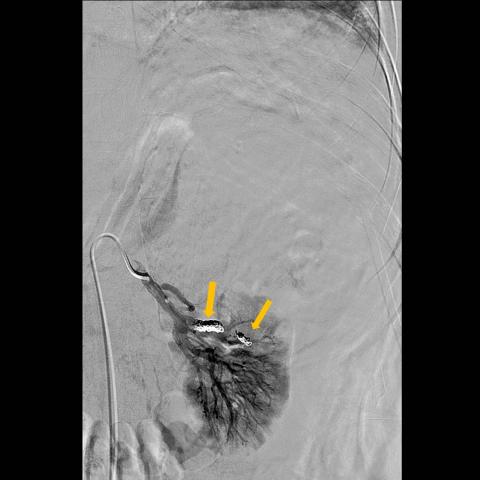 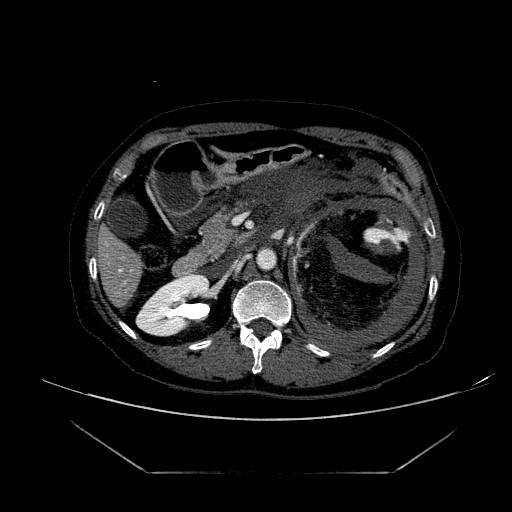 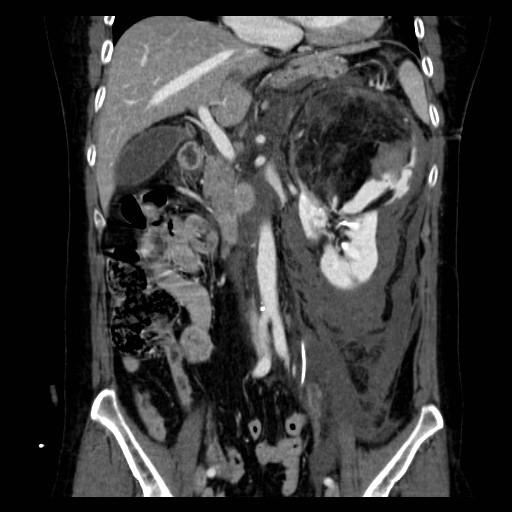 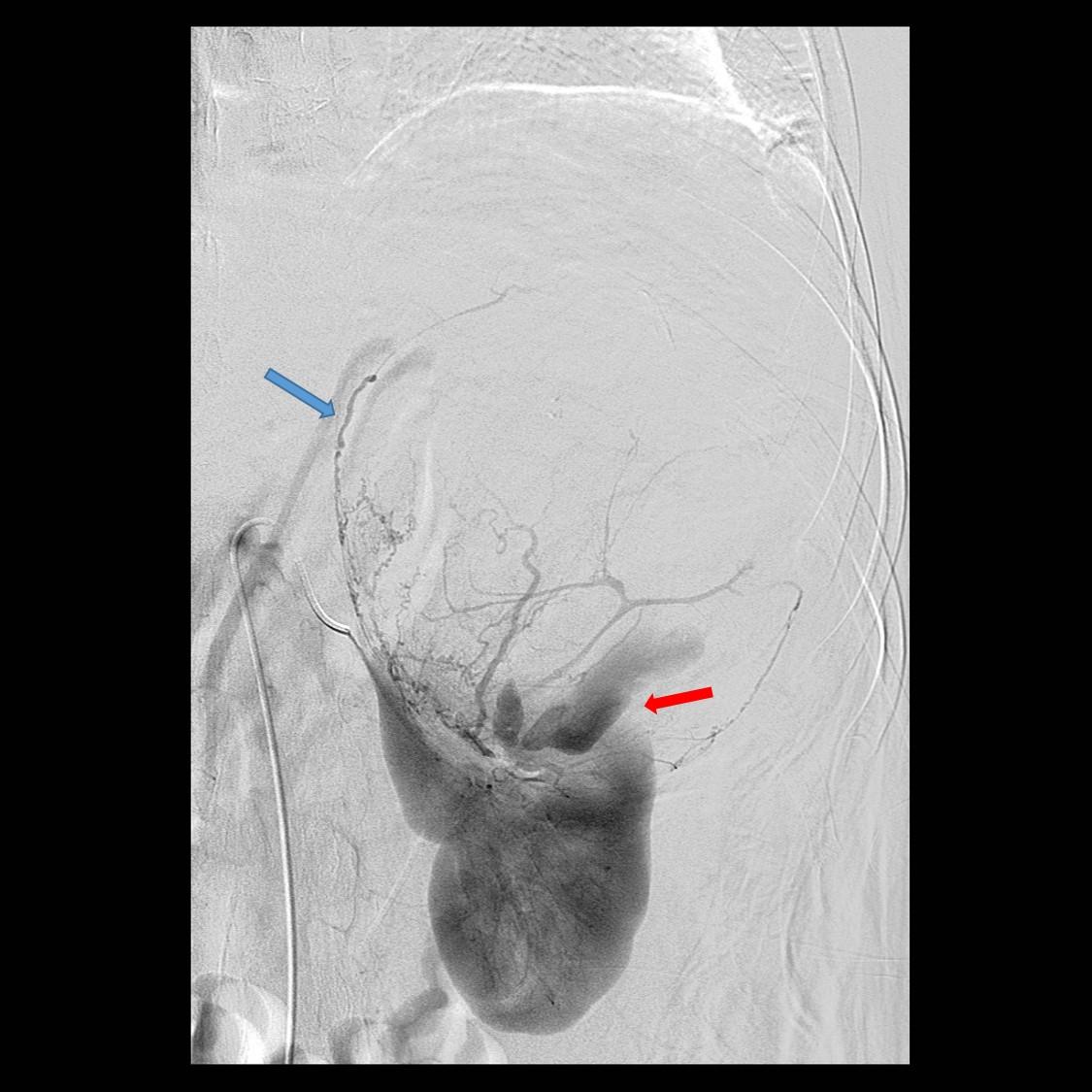 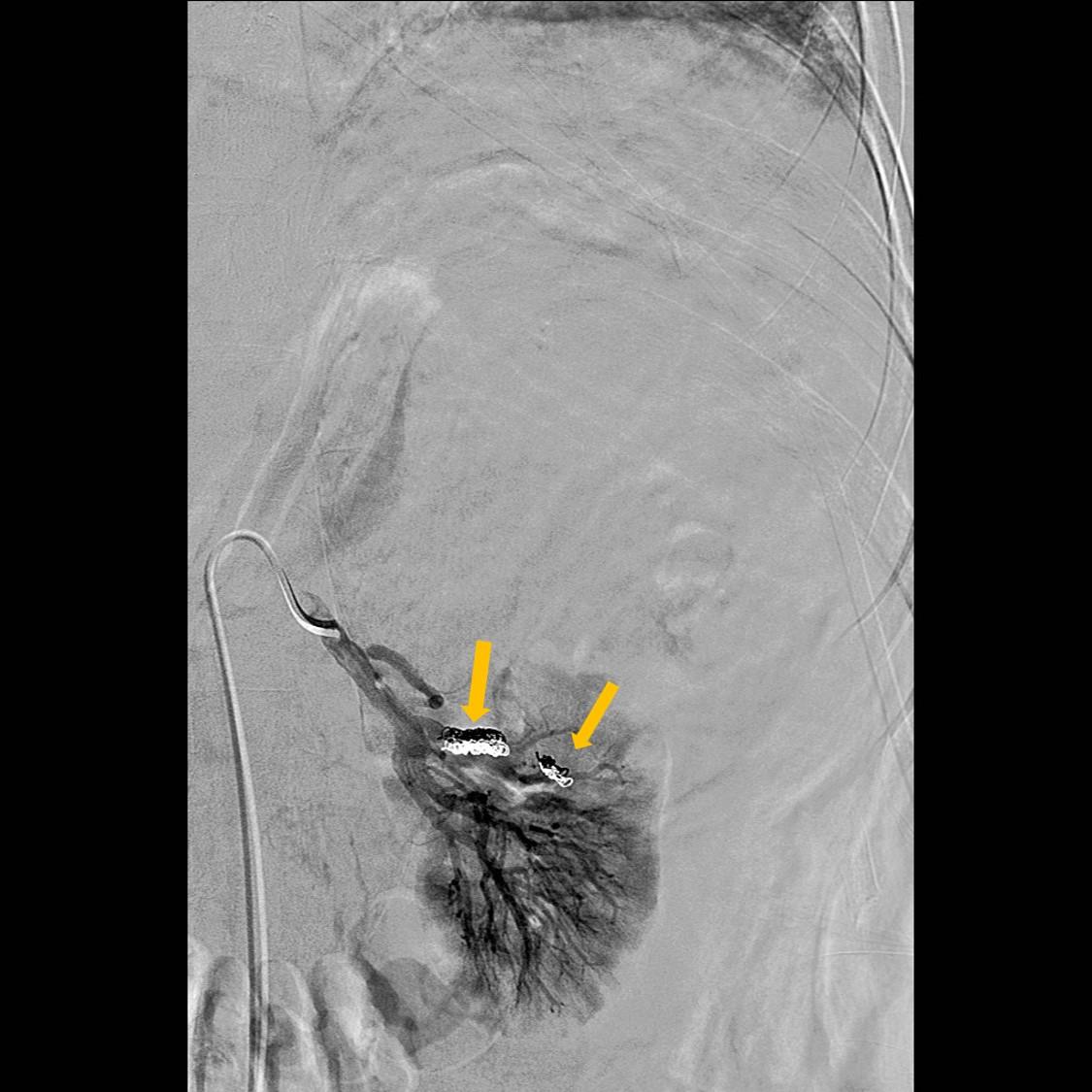