This case highlights an important teaching point for radiologists and trainees and that is to independently review images initially based on basic knowledge even when it is out of context with the clinical setting. While the clinical context is vital in image interpretation, plausible imaging diagnoses should not be disregarded simply due to being out of clinical context.

Once the nature of a pathology is suspected on imaging, the next step is to embark on a meaningful differential diagnosis often guided by location where in this case the primary target was a lesion of pancreatic, biliary duct, duodenal or necrotic nodal origin. It was the initial CT findings what prompted ongoing follow-up, PET-CT imaging and finally directed the clinician towards an ultrasound guided FNA.

Pancreatic adenocarcinoma in general has a lack of early symptoms and a tendency to invade adjacent structures and metastasise at an early stage [1]. While presentation with associated acute pancreatitis has been rarely reported [3,4], presentation with acute “biliary colic-like symptoms” is extremely rare.

As with our case, CT is often a primary imaging modality, and once the diagnosis is known or strongly suspected is often used in conjunction with PET/CT [1,2]. Lack or gallstones on dual imaging modalities (CT and ultrasound), lack of ill-defined surrounding inflammatory changes as well as extensive distinct mass-like nature of the pathology on CT made a purely inflammatory aetiology very unlikely despite an acute clinical presentation and a previously well clinical state.

Pancreatic malignancy if originating away from the main pancreatic duct or biliary ducts could well develop into large tumours prior or causing symptoms.

A possible explanation for sudden onset pain in our patient may have been part due to the tumour margin passing beyond a threshold and causing pain in terms of pressure effects towards the right upper quadrant. The basis of the high white cell count and fever is uncertain and with a plausible explanation being a superimposed inflammatory response associated with the tumour [5-6]. 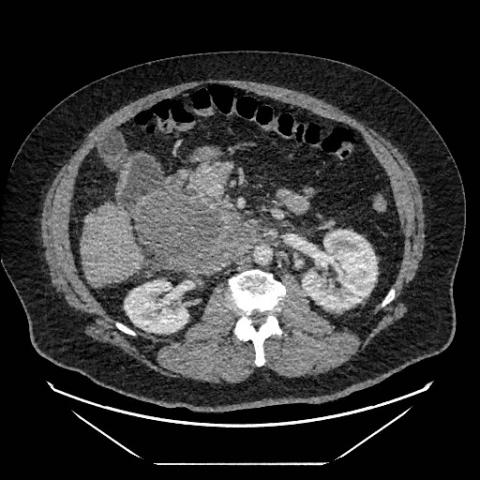 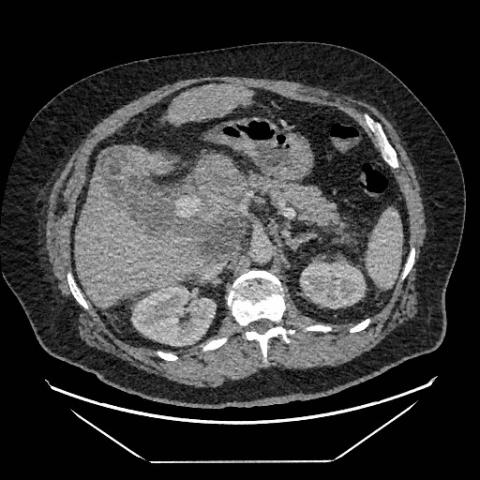 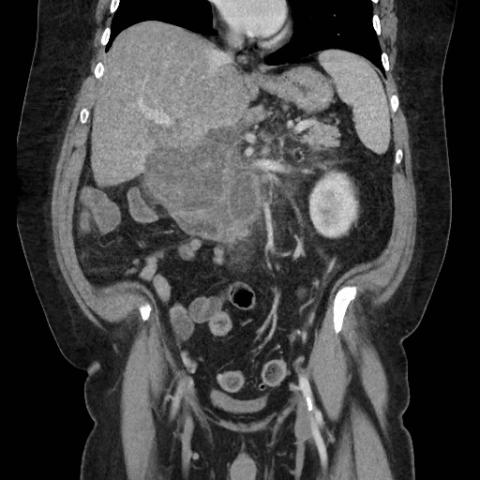 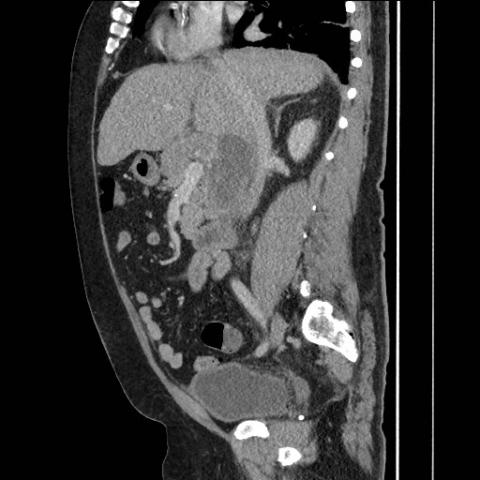 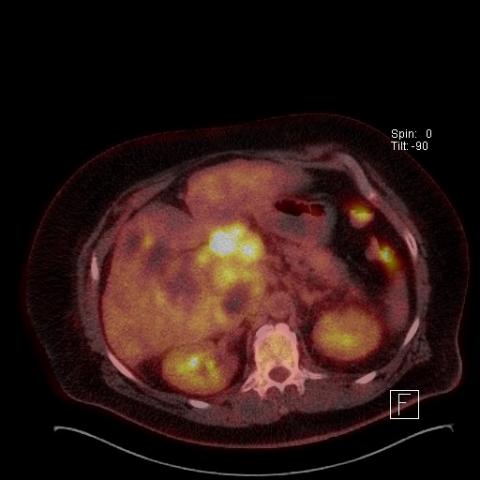 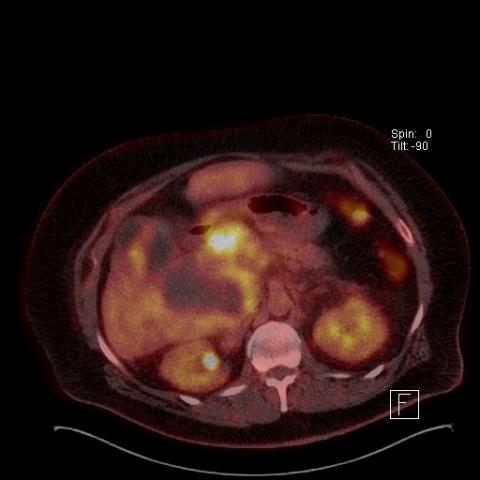 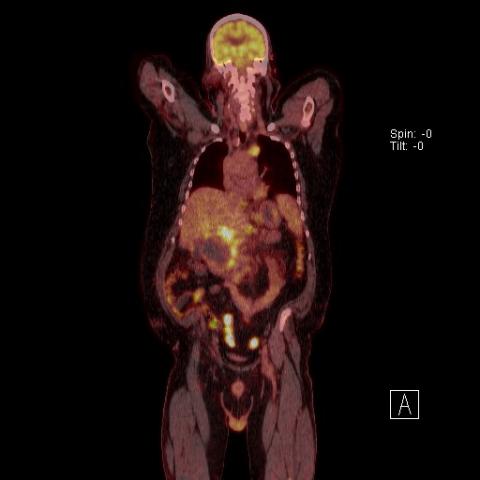 Axial FDG PET-CT showing mass like high uptake in the anteriorly displaced pancreatic head which is in continuity with high uptake lymph nodes. 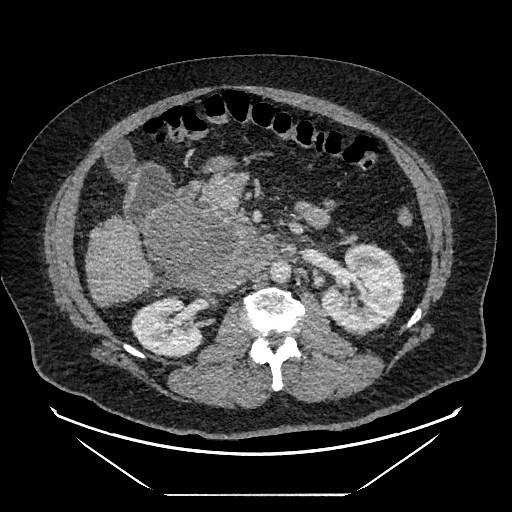 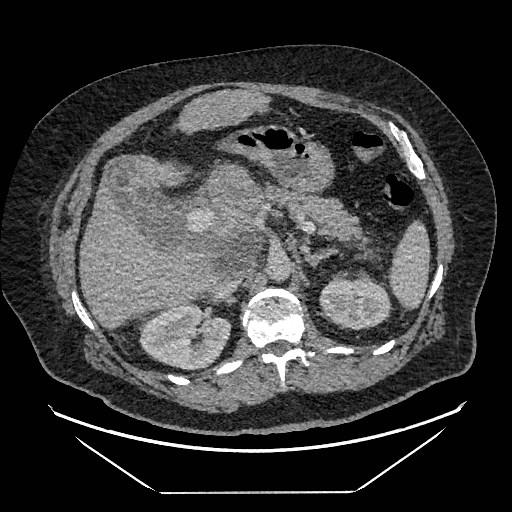 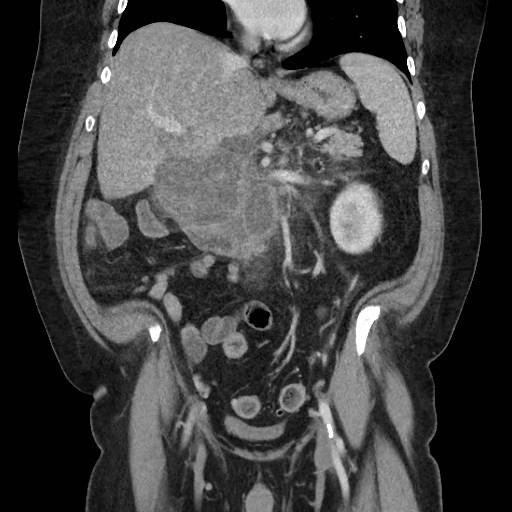 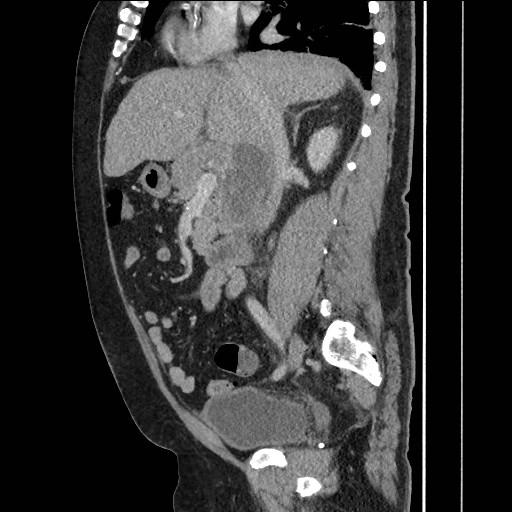 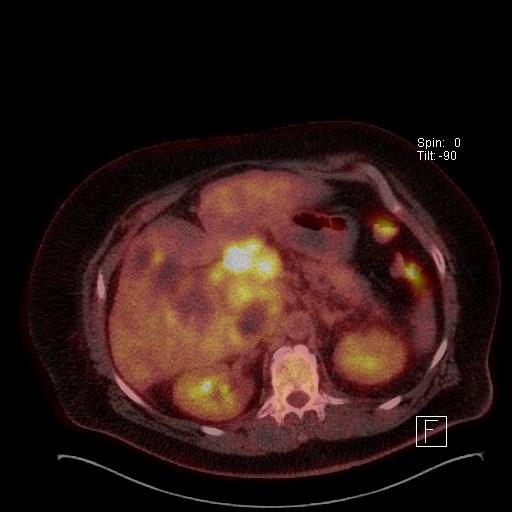 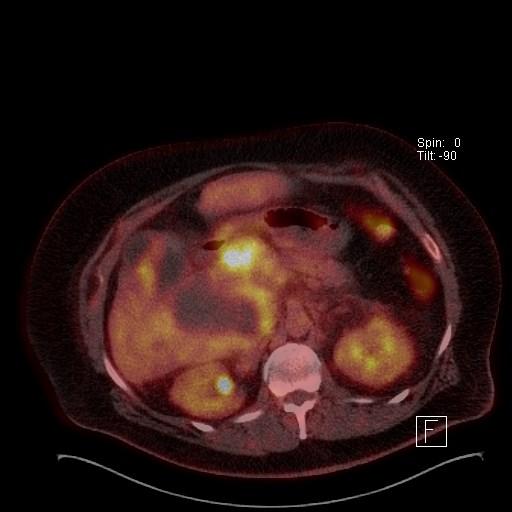 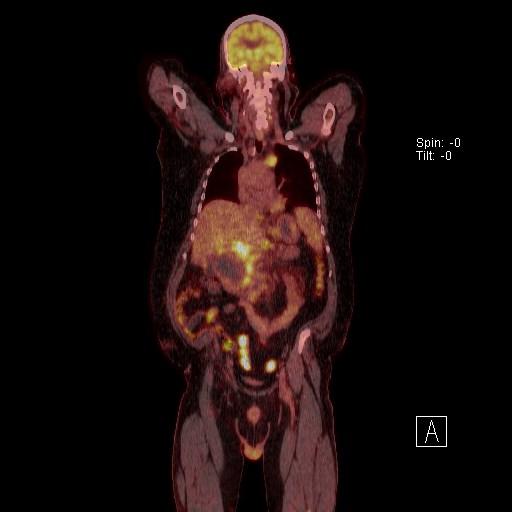