A 56-year-old man was admitted to our emergency department because of a few days of of asthaenia. He reported aspirin (500 mg daily) intake for a mouth. His past medical history included well-controlled hypertension and splenectomy for trauma. Laboratory tests showed haemoglobin of 9.1 g/dL and digital rectal examination revealed melaena.

The patient underwent emergency oesophagogastroduodenoscopy. It showed, in proximal gastric body, an adherent clot with narrow point of attachment and an active arterial spurting streaming from two close minute mucosal defects respectively, surrounded by normal mucosa. These lesions were first injected with 20 mL of epinephrine (1:200000), followed by successful placement of five haemostatic clips (Fig. 1) and no evidence of further bleeding. The patient remained stable for five hours but a following laboratory test revealed haemoglobin of 7.7 g/dL. He was referred to our department to perform angiography. However, no active sources of gastrointestinal (GI) bleeding were found. After coeliac trunk catheterisation using a 5-French catheter, images showed distal left gastric artery (lg) branches maintaining constant arterial calibre and tortuous appearance (Fig. 2), finding suspicious of Dieulafoy’s lesion. To minimise the risk of premature rebleeding, embolisation with gelfoam and one 5 mm coil was performed demonstrating reduced flow towards the proximal stomach (Fig. 3).

Although often misdiagnosed, Dieulafoy’s lesion represents an important aetiology of acute, life-threatening and recurrent GI bleeding. It is defined as dilated, aberrant, submucosal arteries that erode overlying GI mucosa in the absence of ulcer, aneurysm or intrinsic mural abnormality. The most common location is the proximal stomach, within 6-10 cm from the gastroesophageal junction and along the lesser gastric curve [1, 3]. Other GI locations are possible but rare. It is unknown if this lesion is congenital, acquired or both, as it seems to be in our case. Indeed, splenectomy and splenic artery ligation causing hypertension in the remaining coeliac trunk branches might explain the dilatated and tortuous gastric artery branches appearance and suggest an acquired defect. Conversely, the common location in the proximal stomach might reflect a congenital defect. Moreover, the exact mechanism that triggers the bleeding is not fully understood. In our patient, the long use of aspirin might have promoted bleeding.

Patients are typically asymptomatic before presenting with sudden painless, massive and intermittent haematemesis, at times associated with melena, haematochezia and symptoms due to severe anaemia and hypotension. Oesophagogastroduodenoscopy is the first diagnostic test performed for acute upper GI bleeding and it is diagnostic in about 70% of cases, whereas it is needed to repeat endoscopic evaluation in about 30% of cases. Also, endoscopy is the primary treatment modality in this setting and dual endoscopic therapy (combined mechanical haemostasis and injection therapy) are highly effective and shows lower rate of recurrent bleeding compared to single-modality endoscopic therapy (mechanical, injection or ablation alone) [1,3]. Angiography may help when endoscopic diagnosis and therapy are unsuccessful. There are no specific diagnostic patterns for identifying Dieulafoy’s lesion, but the diagnosis is suggested on visualisation of a tortuous and caliber-persisting artery at the bleeding site, especially on the upper body of the stomach, with or without active extravasation of contrast [2-3]. While the demonstration of an early filling vein, which is inconsistent with Dieulafoy’s lesion, might suggest angiodysplasia [3]. Haemostasis with angiographic embolisation has been reported in sporadic case reports. To minimize the risk of bowel infarction, applying the super-selective catheterisation technique and a temporary agent such as gelfoam slurry are mandatory [4]. In our patient, despite no active bleeding being seen, we have also decided to release a single coil. After early angiographic check, lg was still partially patent as showed in Fig. 3b, but patient didn’t have bleeding recurrence demonstrating artery occlusion. Surgery is the last option for uncontrolled patients [1,3]. 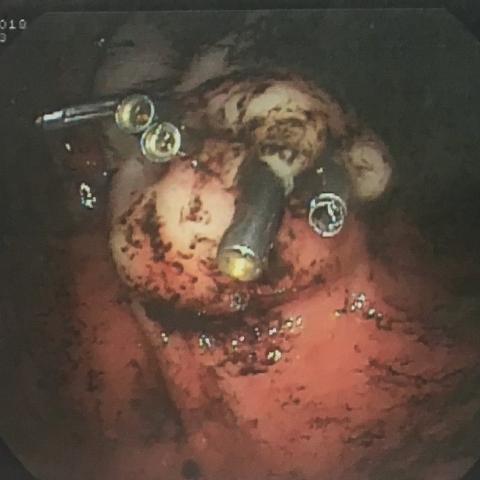 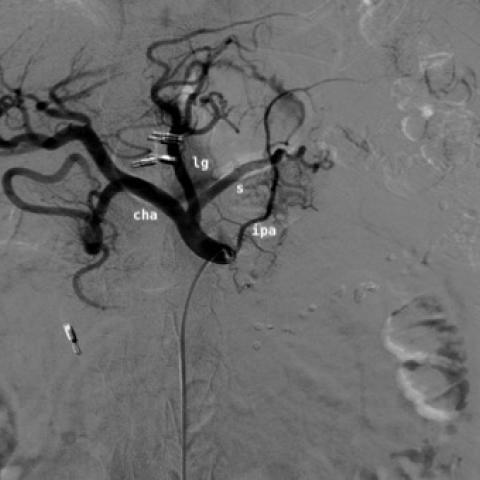 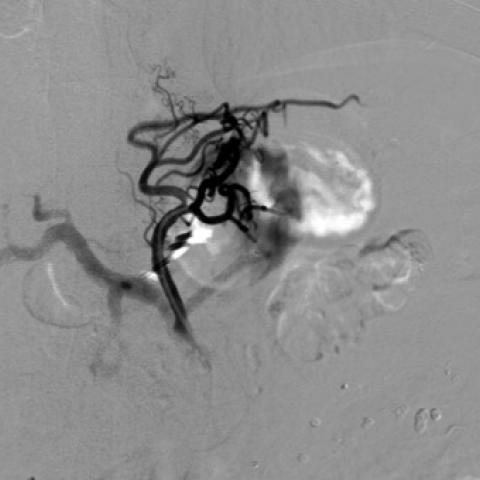 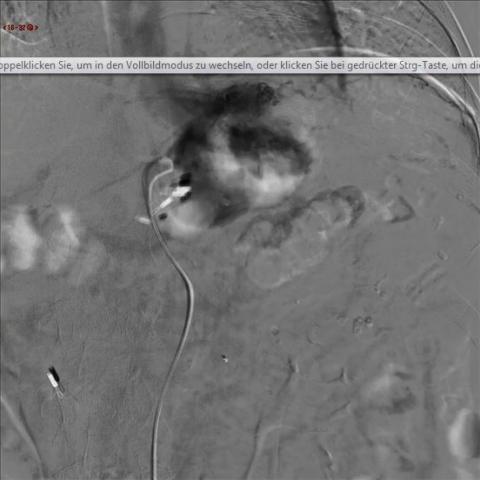 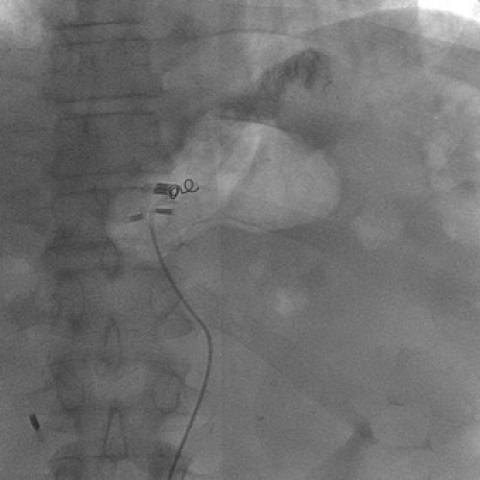 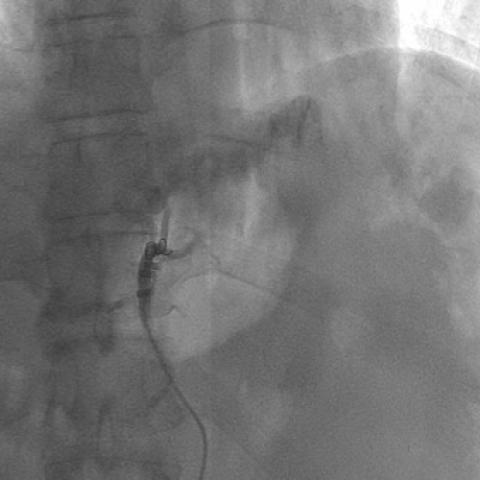 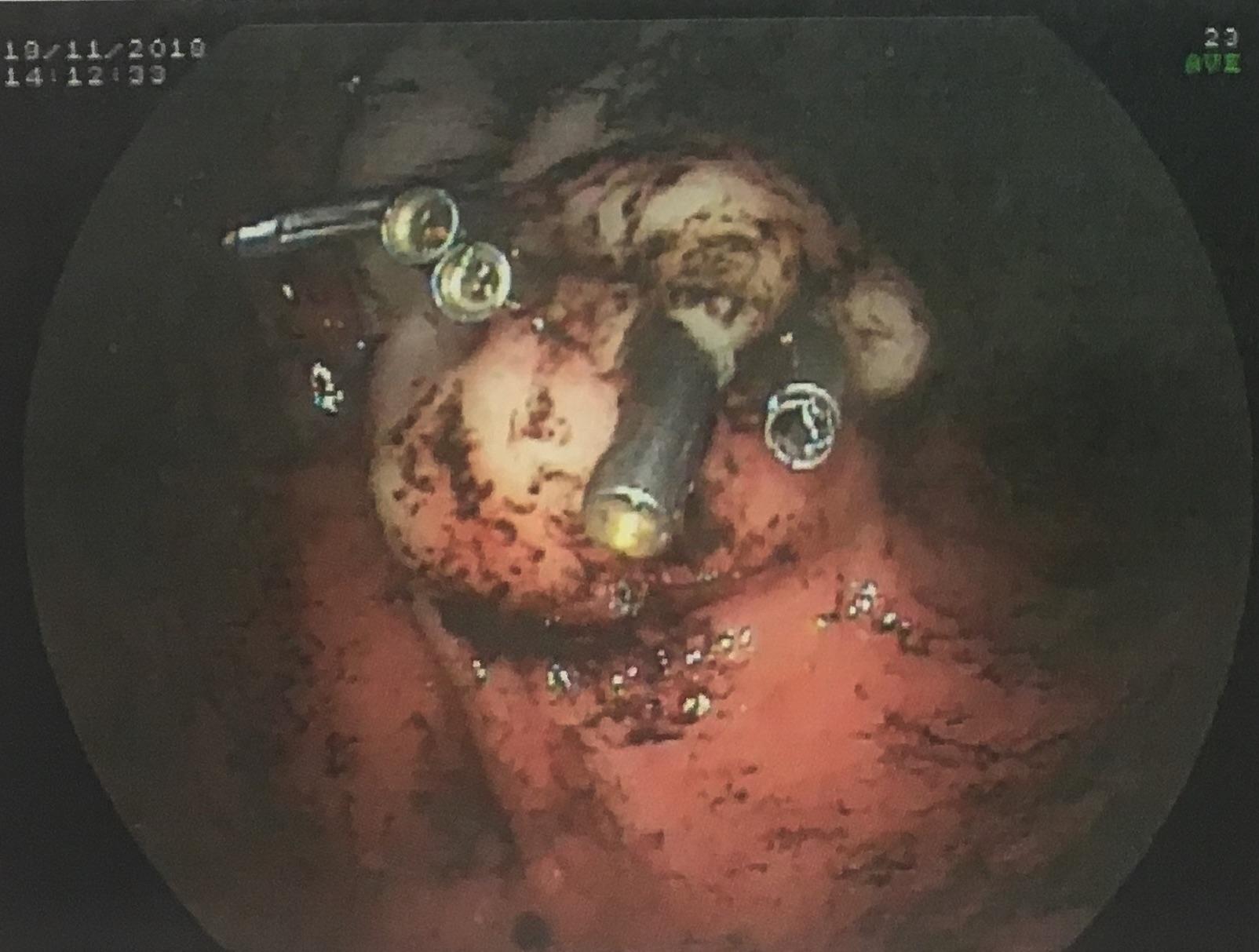 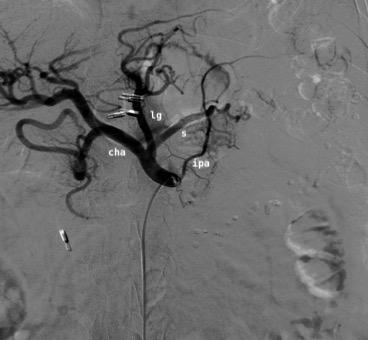 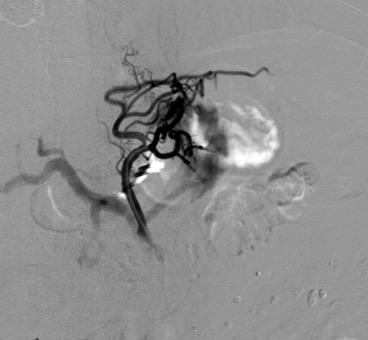 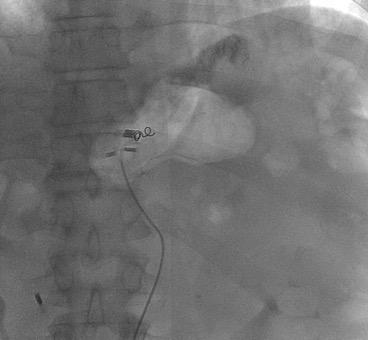 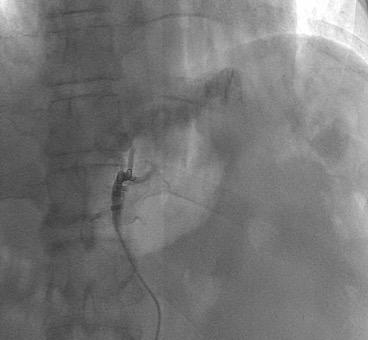