A six-year-old boy presented with headache of two months’ duration and two episodes of vomiting. On examination the child was afebrile and routine laboratory investigations were within normal limits.

Plain magnetic resonance imaging (MRI) showed an ill-defined T2 hyperintense and T1 isointense lesion measuring ~ 1.6x1.9x2 cm with perilesional oedema involving the pineal gland, extending into the tectal plate, the posterior aspect of midbrain, pons, medulla, right superior and middle cerebellar peduncles. There was no diffusion restriction. Few foci of blooming on gradient images were seen, which represented calcifications. The lesion was seen to cause significant mass effect on aqueduct of Sylvius resulting in gross dilatation of both lateral and third ventricles (Evans index: 0.53). There was no midline shift.

Post-contrast T1 MRI images show avid enhancement of the lesion. There was no abnormal leptomeningeal enhancement in the brain. The possibility of CSF seeding necessitates imaging evaluation of the entire neuroaxis.

Pineal lesions account for 1% of intracranial tumours in adults and 3–8 % in children. [1] The normal pineal gland is commonly located along the midline above the superior colliculi and inferior to the splenium of the corpus callosum. It is located at the superior aspect of the posterior border of the third ventricle. Signs and symptoms related to pineal lesions are usually due to mass effect on adjacent structures. Compression of the tectal plate can result in obstruction of the Sylvian aqueduct and obstructive hydrocephalus as in this case. Infiltrative lesions of the pineal gland may interfere with its function and lead to precocious puberty, less commonly hypogonadism and diabetes insipidus. Non-specific symptom like seizures, headaches, nausea and vomiting can occur secondary to increased intracranial pressure. [1] Haemorrhage into a pineal tumor or cyst is referred to as pineal apoplexy; the most common presenting symptom is a sudden decrease in con¬sciousness associated with headache. [2] The lesions involving the pineal gland can be divided into benign and malignant.

Pineocytomas are well demarcated, small lesions which may shows cystic changes within them. Pineal parenchymal tumours expand the gland, “exploding” the normal pineal calcification toward the periphery. On post¬-contrast images, they typically demonstrate avid, homogeneous enhancement. [2] Pineoblastomas are malignant, heterogeneous lesions on imaging and usually cause obstructive hydrocephalus. CSF dissemination is a common finding and ne¬cessitates imaging of the entire craniospinal axis. [2]

In case of germinomas, plain CT usually demonstrates a sharply circumscribed, hyperattenuating mass that “en¬gulfs” the pineal calcifications. The increased attenuation is attributed to the highly cel¬lular lymphocyte component within the tumour. [2] Avid homogeneous post-contrast enhancement is a typical finding. Our case shows hydrocephalus, which may be an imaging feature. However, there was no diffusion restriction, which is an atypical feature since germinomas are usually highly cellular. Studies have shown that germinomas have higher ADC values than pineal cell tumours with a lower patient age. [3]

Germinomas are highly sensitive to radiation therapy, and long survival rates have been reported. Whole ventricular radiation therapy with addition of chemotherapy can reduce radiation dose in paediatric patients. [4]

Our case showed features of a pineal germinoma on histopathology, with medium-sized, round, uniform, poorly cohesive tumour cells amongst a fibrotic stroma with infiltrating lymphocytes. Cerebrospinal fluid (CSF) analysis showed no evidence of malignancy, with negative CSF and serum tumour markers (AFP and HCG). 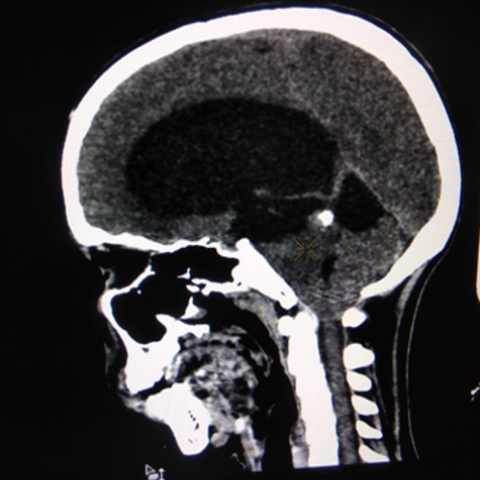 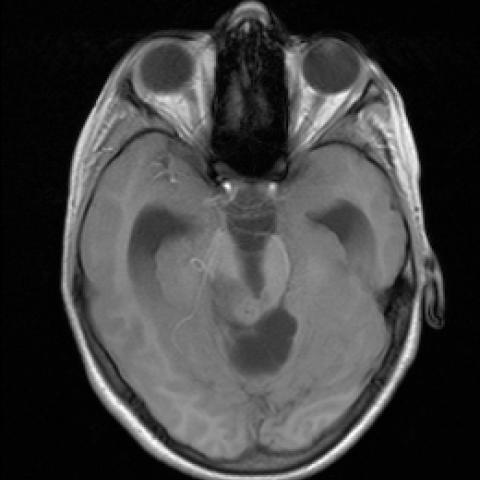 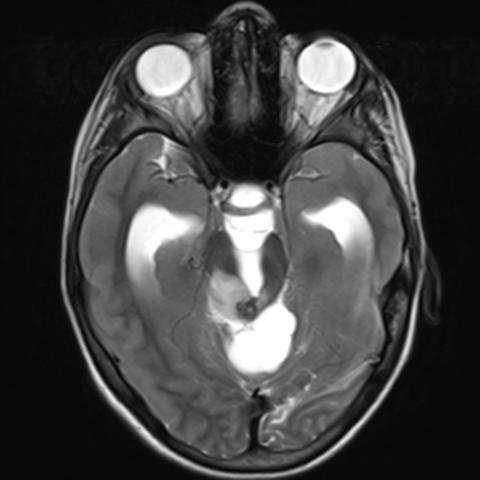 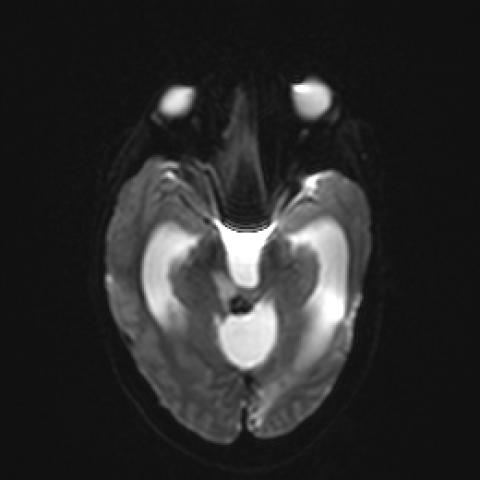 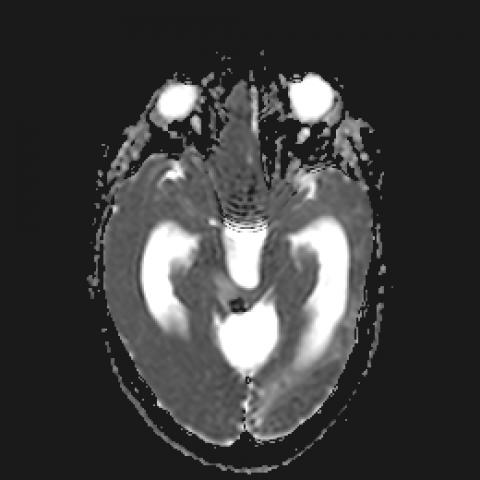 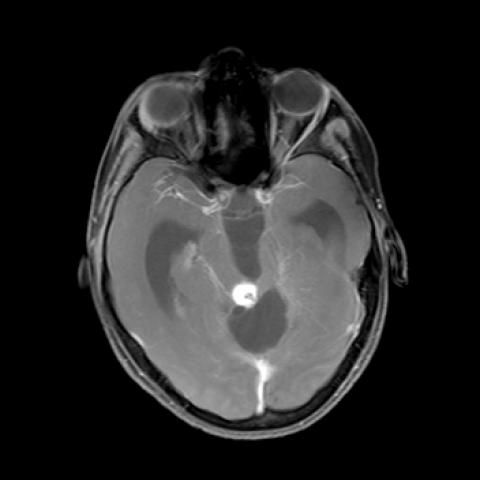 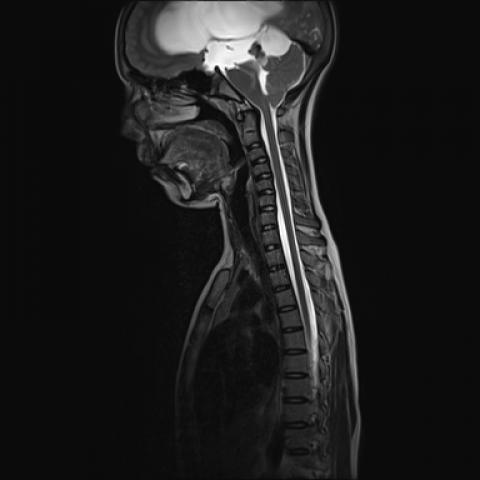 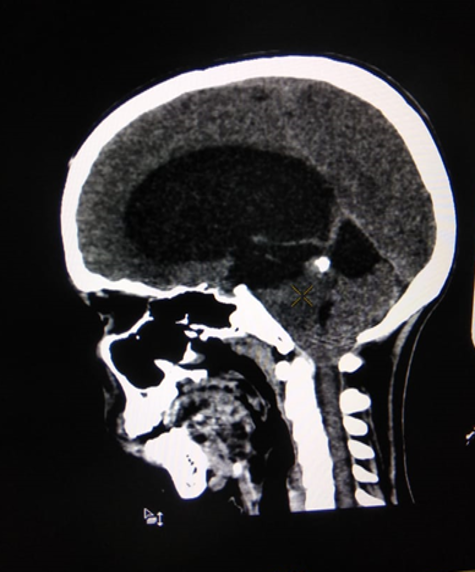 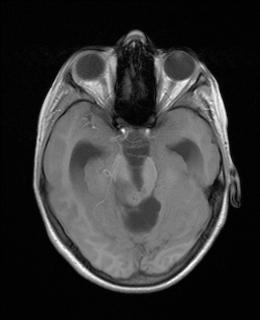 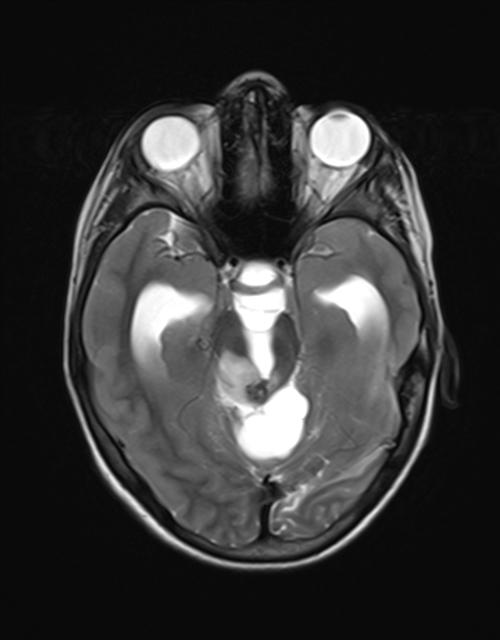 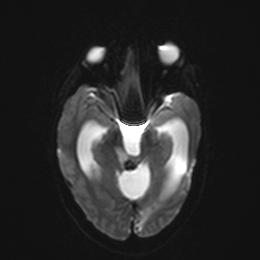 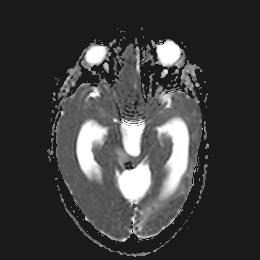 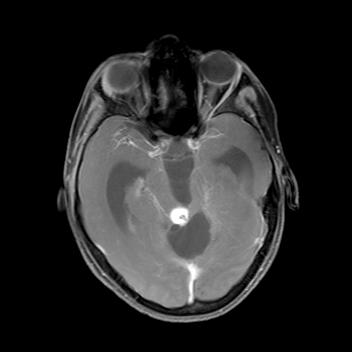 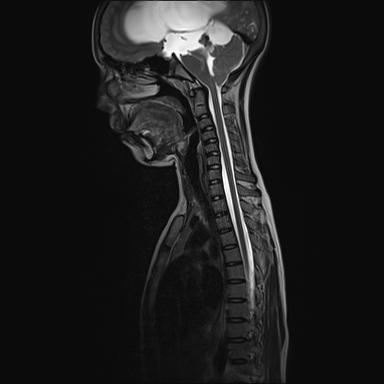