A 64-year-old man incidentally developed right abdominal pain 2 months previously. He had suffered from oesophageal cancer two years ago and had a radical resection of the carcinoma of the oesophagus. No obvious abnormal changes were detected in the tests of full blood count, renal and liver functions, but the serum squamous cell carcinoma antigens were abnormal.

Unenhanced CT showed a hypoattenuating infiltrating retroperitoneal mass involving the right kidney (Fig. 1). On contrast-enhanced CT, the mass was poorly enhancing and heterogeneous in the arterial phase (Fig. 2). The patency of the inferior vena cava and right renal vein was questionable (Fig. 3). PET/CT image showed intense abnormal FDG uptake in the right kidney and in the adjacent structures of the retroperitoneum. There was a right retrocrural lymphadenopathy on the PET/CT images (Fig. 4). Ultrasound-guided percutaneous biopsy of the right kidney was performed to obtain a histological diagnosis. The result indicated an undifferentiated squamous cell carcinoma with pleomorphic nuclei and markedly keratinising cytoplasm, identical to that of the previous oesophageal cancer (Fig. 5).

In the present case, an extensive infiltrating tumour involving the right kidney and the retroperitoneum raised the diagnosis of a primary undifferentiated urothelial cancer, lymphoma or metastatic disease. The patient was known with a history of oesophageal cancer, and although rare, the renal metastasis was considered in the differential diagnosis.

Solitary metastasis to the kidney from oesophageal cancer is extremely rare. So far, the present and the previously reported 17 cases are summarised in table 1 (Fig. 6) [1-4]. However, according to autopsy reports it is not uncommon to detect renal metastases from oesophageal cancer. Indeed, the proportion of renal metastases from oesophageal cancer is nearly 13% [5]. An explanation for the low number of clinical reports is that the majority of patients remain free of symptoms, few patients only have manifestations of haematuria and proteinuria. All cases of metastatic renal tumour are male patients and the vast majority of the cases are from Asia, especially China, Japan, and South Korea.

Immunohistochemical markers contribute to the differentiation of primary urothelial cancer from the metastatic squamous cell carcinoma. Also, the markers of CK7/CK20/uroplakin III-negative are likely supporting the diagnosis of the metastatic squamous cell carcinoma [1]. Therefore, the possibilities of renal metastasis should be considered for newly developed solid renal mass lesions in patients with oesophageal cancer. 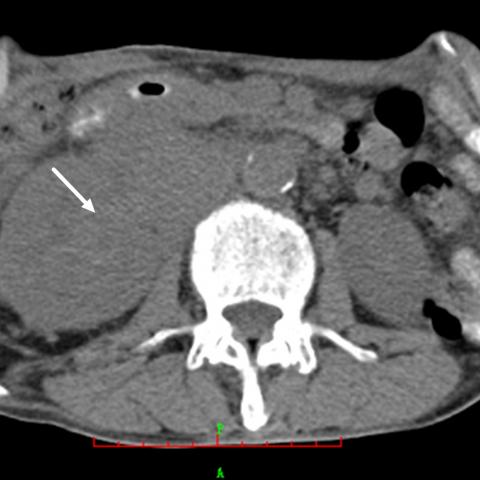 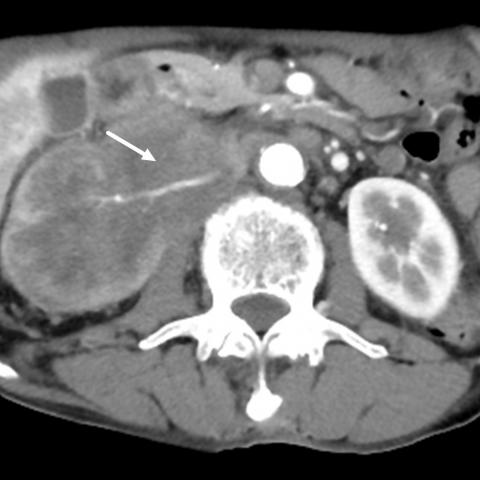 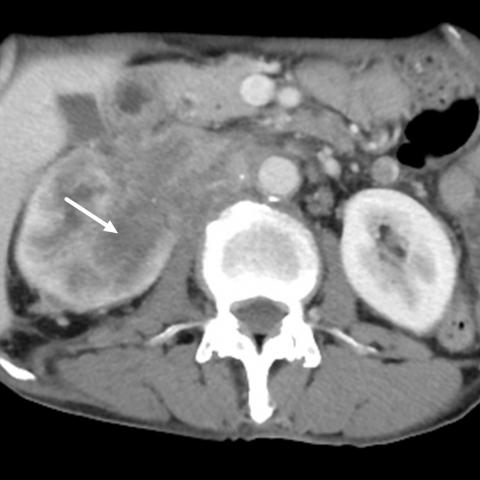 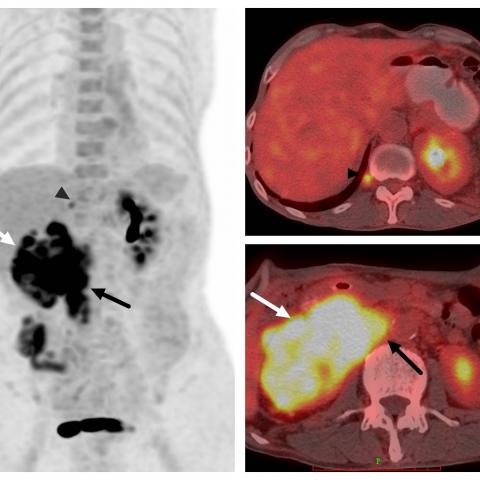 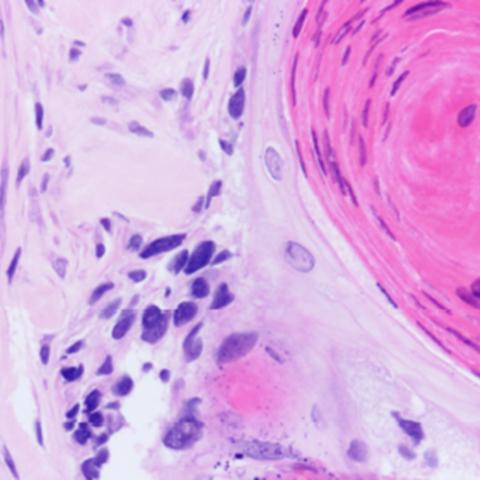 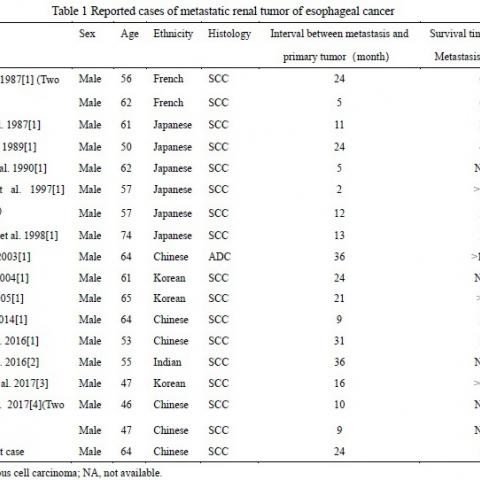 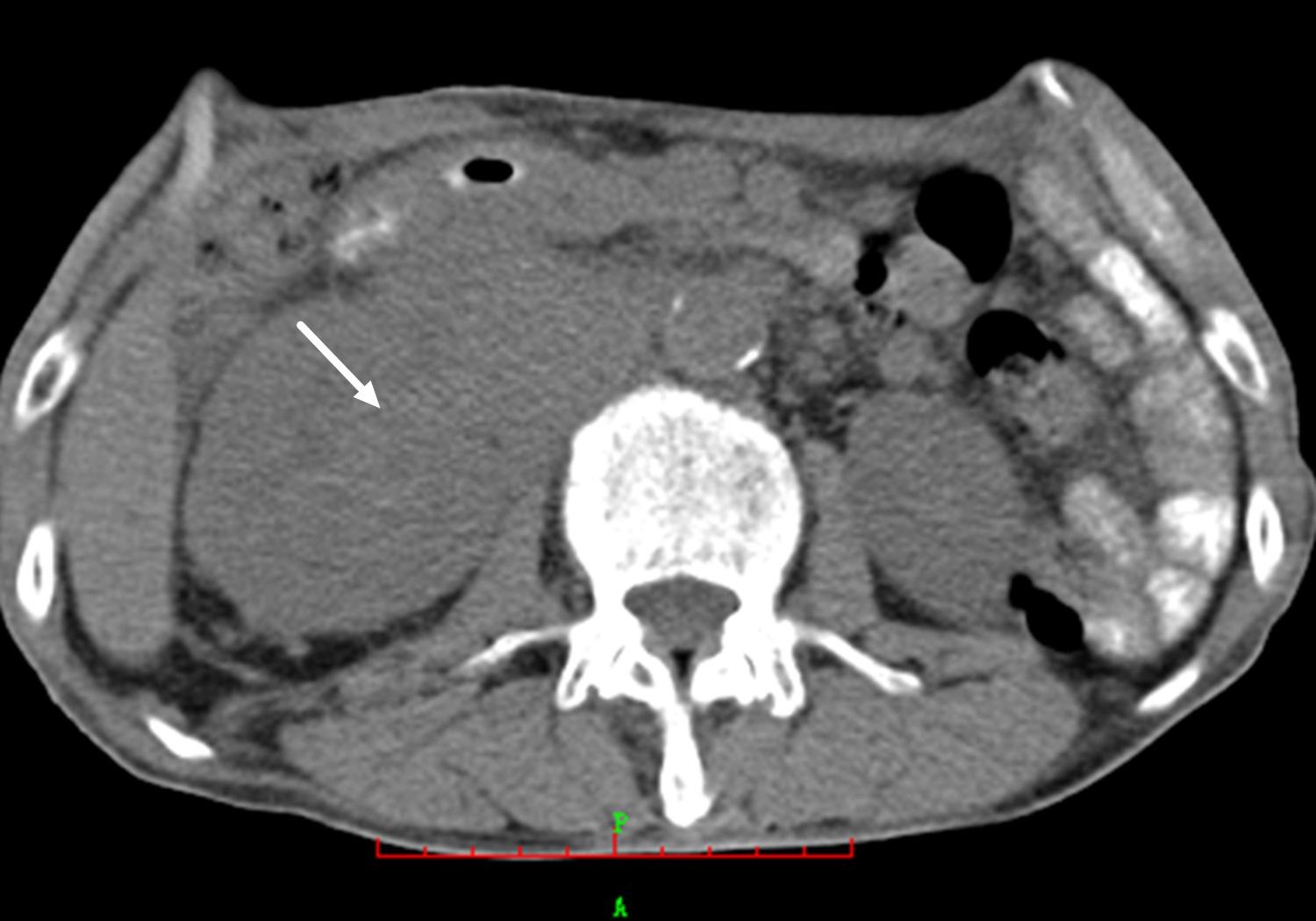 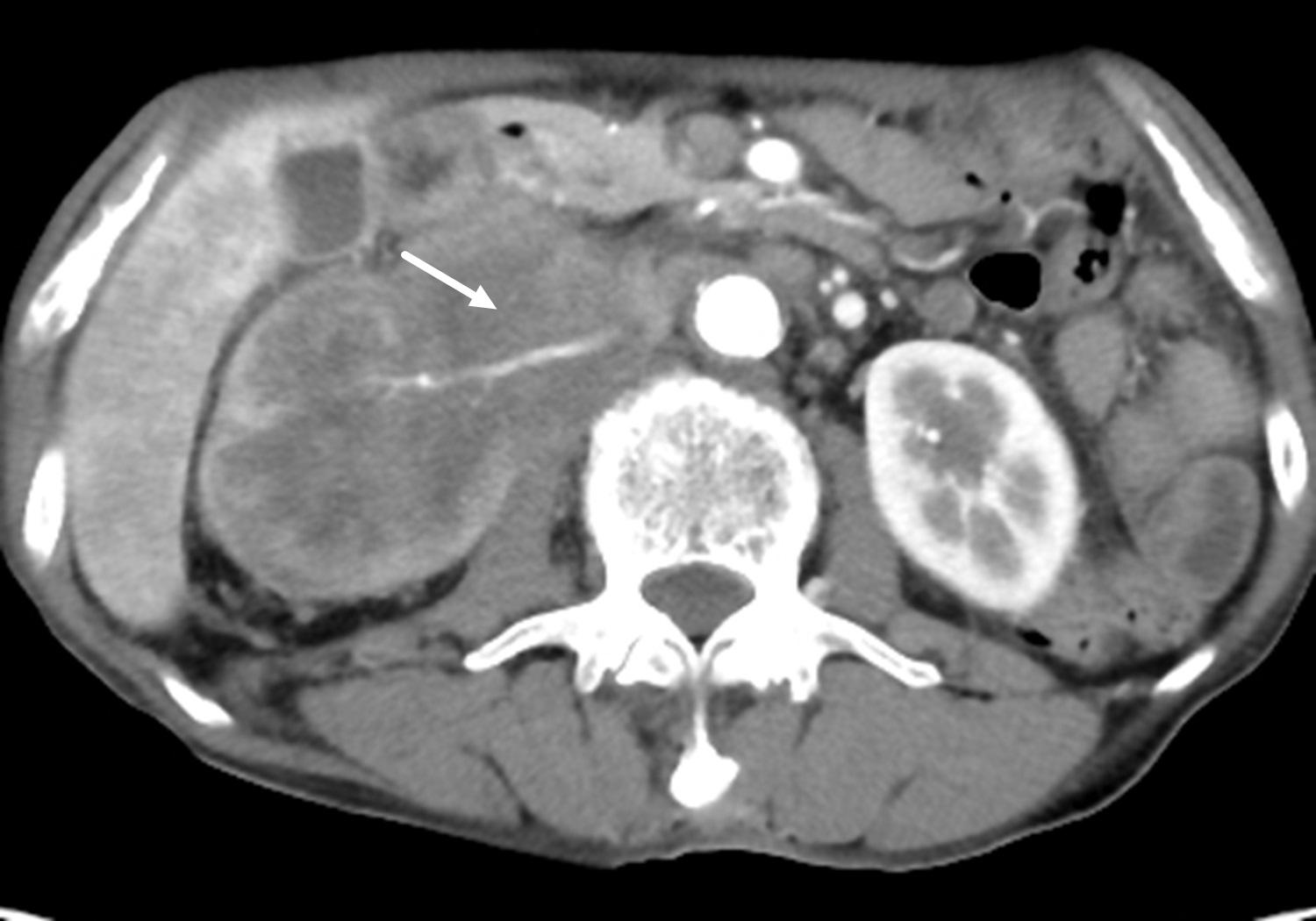 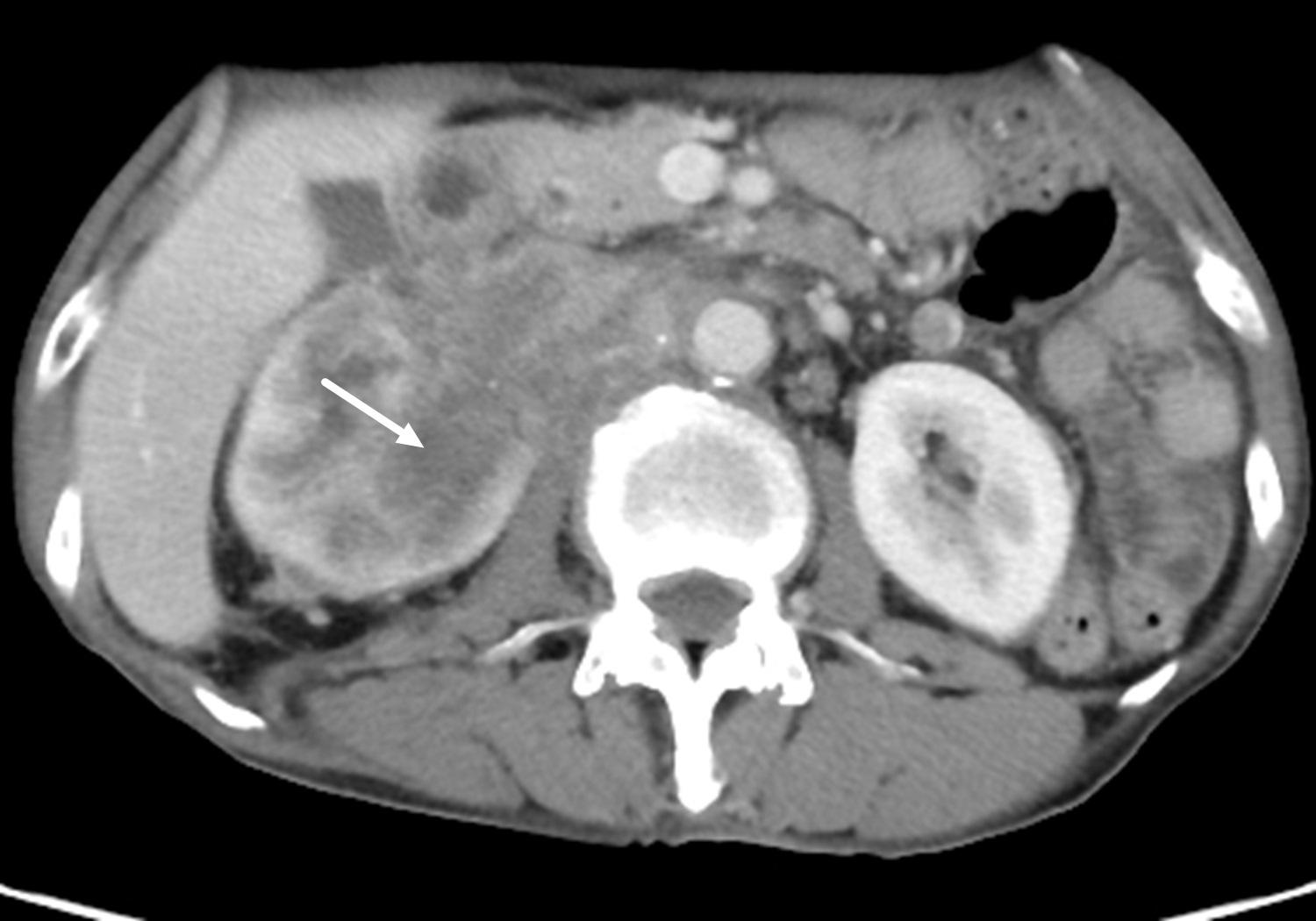 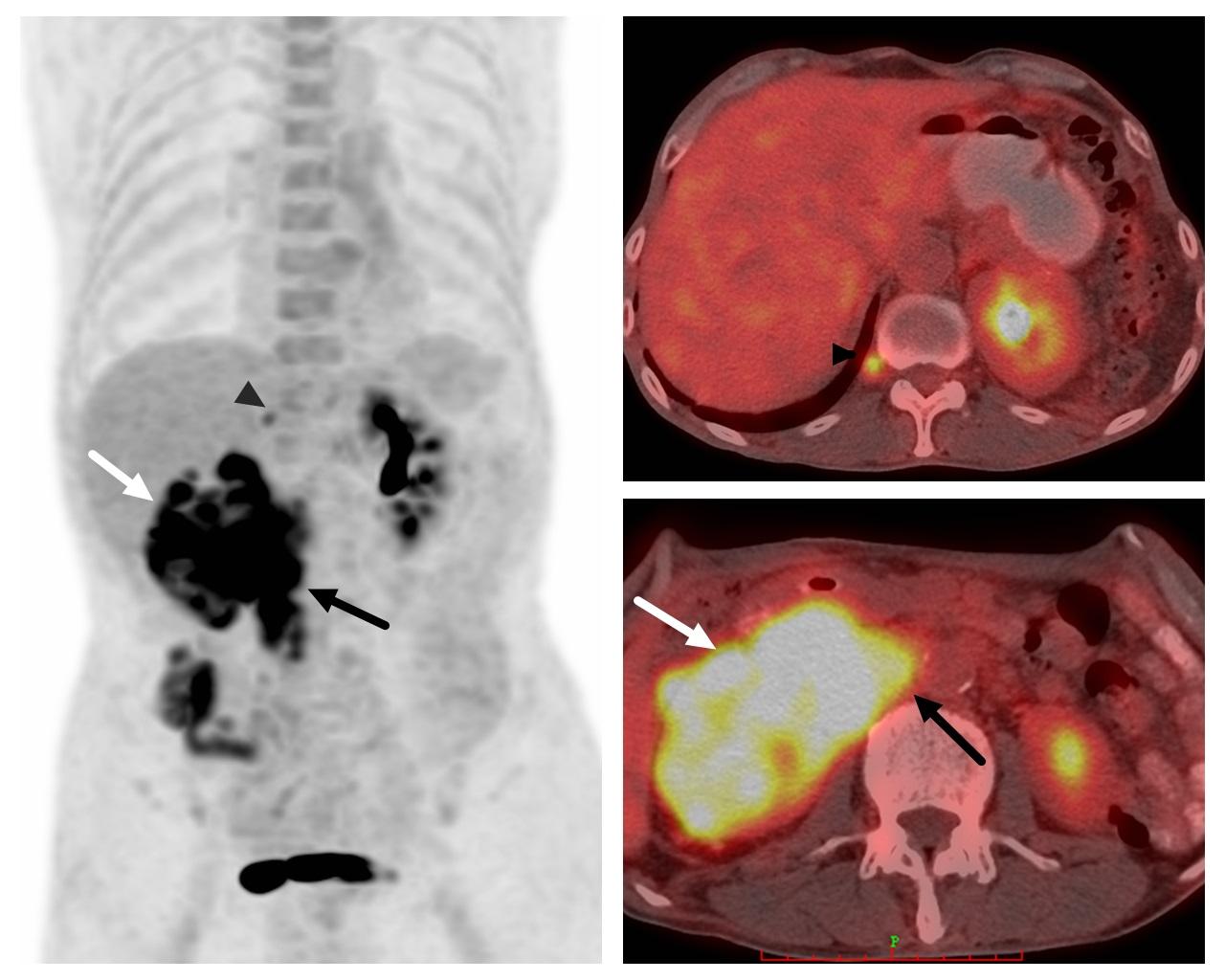 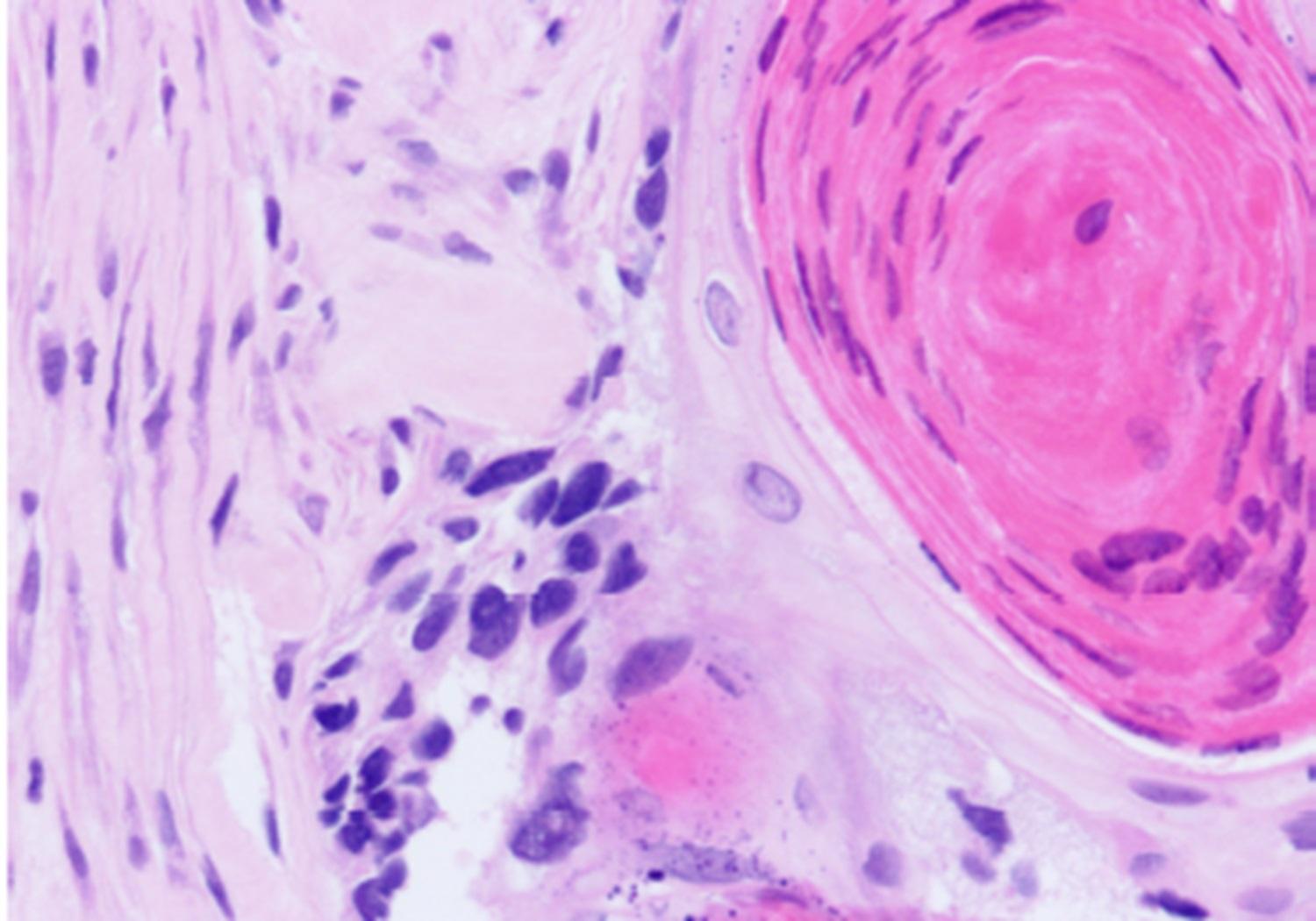 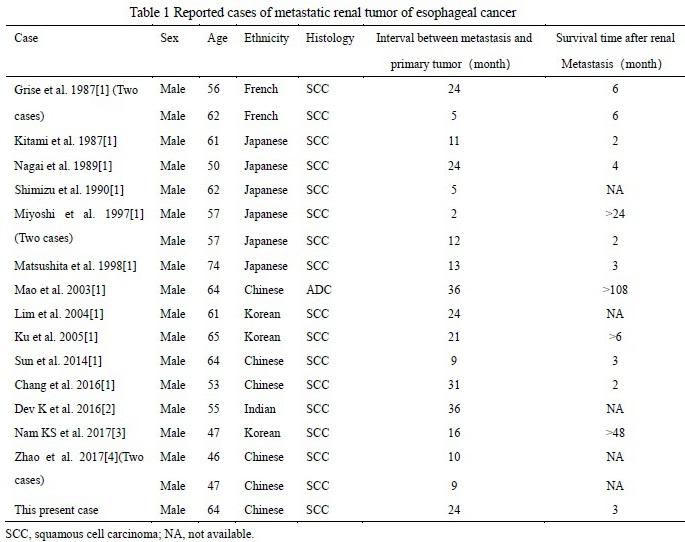