Categories
Area of Interest Genital / Reproductive system male ; Imaging Technique Ultrasound, MR
Procedure eLearning ; Special Focus Cysts ;
Show more Show less
Download as PDF Print Show related cases Notify admin
Clinical History
A 10-year-old boy with no medical history came to the Hospital referring a testicular nodule. On physical examination, he had a painless palpable mass on the right testis without erythema. B-human chorionic gonadotropin and a-fetoprotein in laboratory studies were within normal range. He underwent a testicular US.
Imaging Findings
Testicular US revealed two well delimitated solid masses within the right testis that showed concentric rings of hypoechogenicity and hyperechogenicity (“onion ring” appearance). There was no detection of vascularity within the testicular masses on Doppler US. The surrounding parenchyma, the left testis and both epididymis were normal.
He underwent an MRI that showed two isointense masses on T1-weighted images compared to normal testis with internal high signal intensity on T2-weighted images. Peripheral low signal rim was seen on both T1-weighted image and T2-weighted image. No enhancement was detected after gadolinium administration.
Discussion
Epidermoid cysts account for 1-2% of all testicular tumours being the most frequent benign intra-testicular lesions [1]. There have only been four reported cases of multiple cysts (one patient with Gardner syndrome, two with Klinefelter syndrome, and one with a focus of primary carcinoid tumor in the cyst wall), although they are occasionally found in cryptorchid testes [2].
Cysts are intraparenchymal lesions formed by concentric layers of keratine. They may be encapsulated by a fibrous wall, inner lined by squamous epithelium [1, 2].
Clinically they are seen as a painless testicular mass in young adults with normal levels of sexual hormones [3]. As clinical manifestations are indistinguishable from that of malignant germ cell tumors, imaging is needed to make the differential diagnosis between intra-testicular lesions.

Sonography is the primary imaging technique for the evaluation and typically shows a well circumscribed avascular heterogeneous solid mass with concentric rings of hypoechogenicity and hyperechogenicity (“onion ring” appearance) due to the keratine layers. It can also be seen as a hypoechoic mass with hyperechoic rim, sometimes calcified. [1, 2, 3].
Nevertheless, an epidermoid cyst may have atypical features and mimic germ cell tumors. For further study of the lesions, and as treatment differs between these two entities (enucleation for the cyst and orchiectomy for the germ cell tumor), the diagnosis may be confirmed with an MRI.
An epidermoid cyst may have an outer fibrous capsule, hypointense in T1 and T2 sequences. In T2 it can show layers of hyperintensity because of its content of lipids and water, and hypointensity due to keratin debris [1, 4]. It does not enhance with contrast. Although it may show restriction in diffusion-weighted imaging, restriction can also be detected in malignant tumors.

Nowadays enucleation is performed for testicular epidermoid cysts instead of orchiectomy [5] because it allows to conserve fertility, with no reported recurrence in patients who underwent enucleation [4].

To sum up, multiple epidermoid cysts are very rare, and usually associated with other conditions. An “onion ring” configuration in the US of a testicular mass, in a patient with a palpable nodule and negative tumor marker status, helps differentiate epidermoid cysts from other germ cell tumors. MRI can also confirm the benign nature of this lesion preoperatively. As epidermoid cysts are benign they can be treated by local excision. 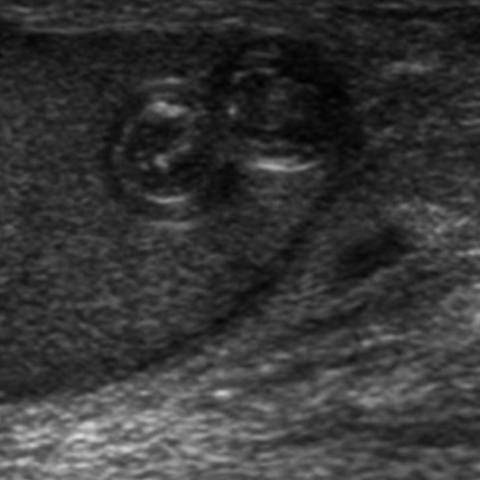 Longitudinal US images of the right testis show two well-circumscribed intra-testicular masses in the lower inferior aspect of the testis, that contain alternating rings of hyper and hypo echogenicity and a slightly echogenic center. 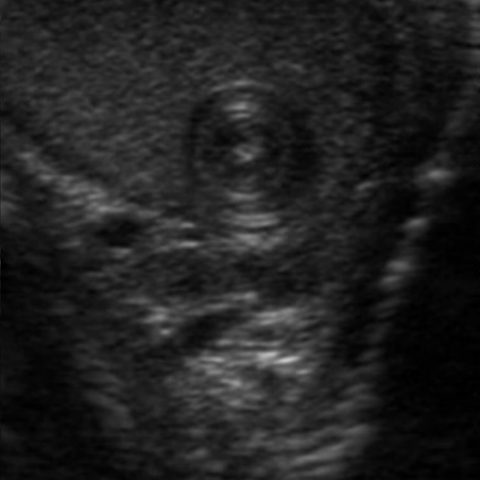 Transverse US images of the right testis show a well-circumscribed intra-testicular mass with alternating rings of hyper and hypo echogenicity and a slightly echogenic center. The surrounding testis is normal.
Figure 2 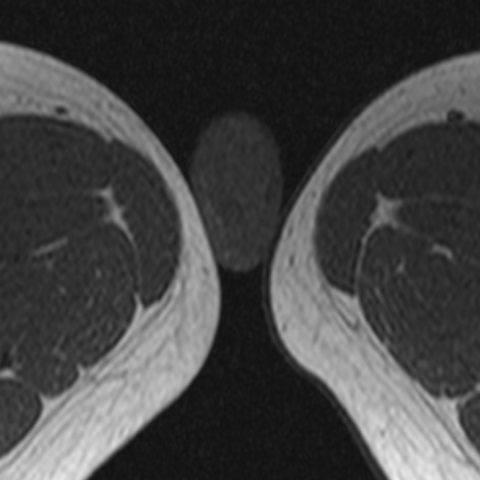 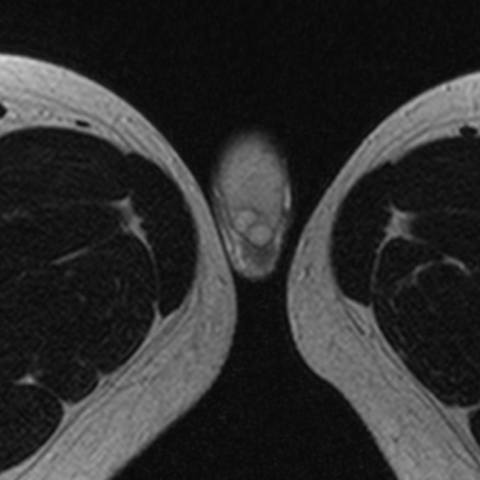 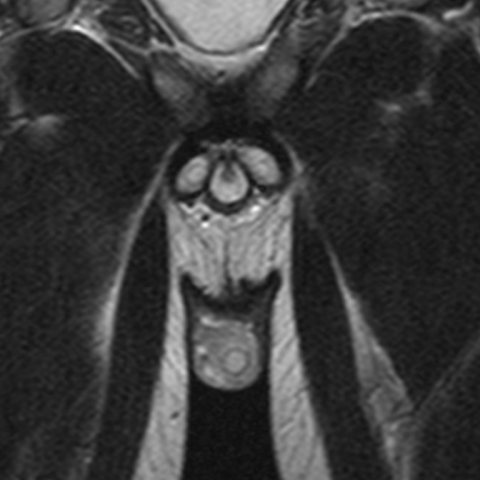 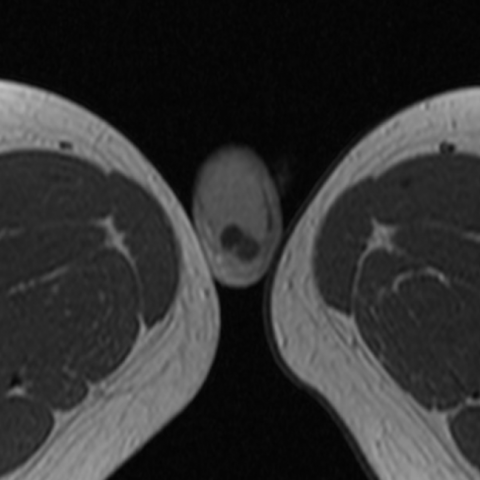 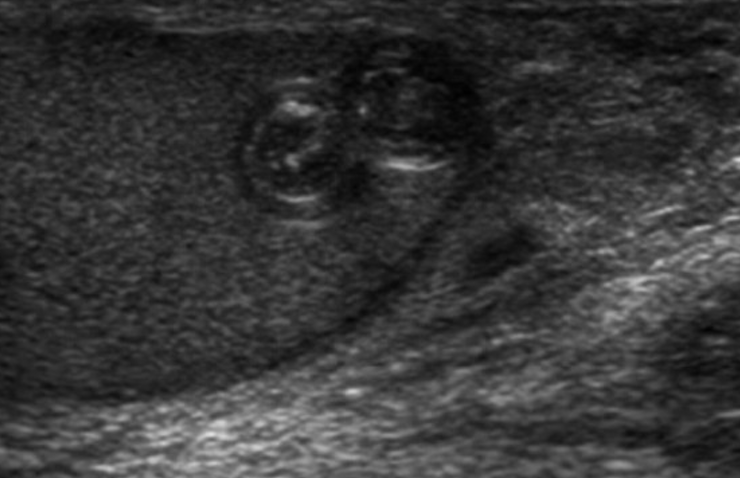 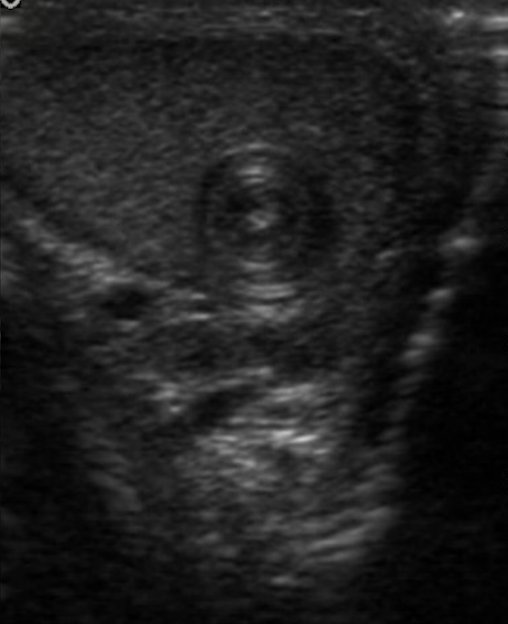 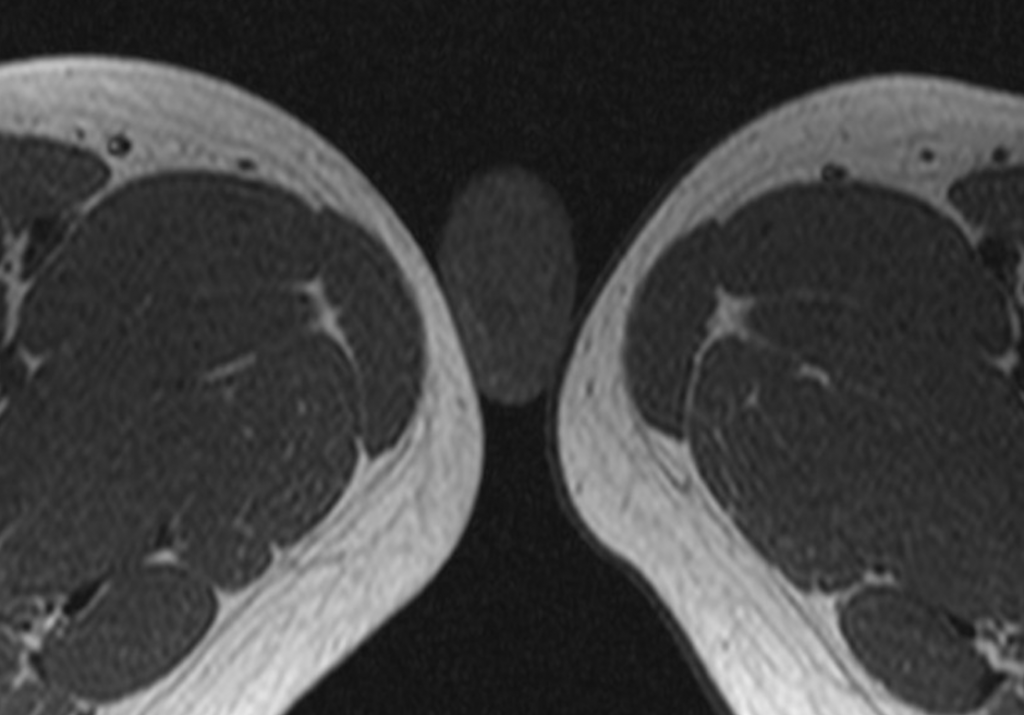 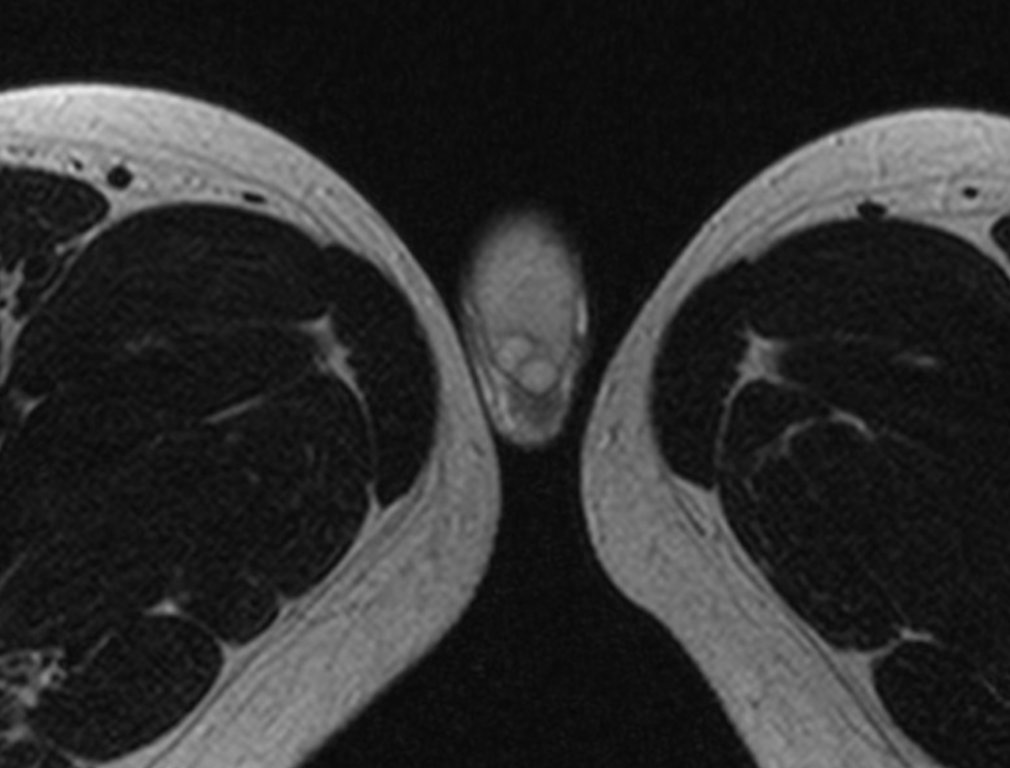 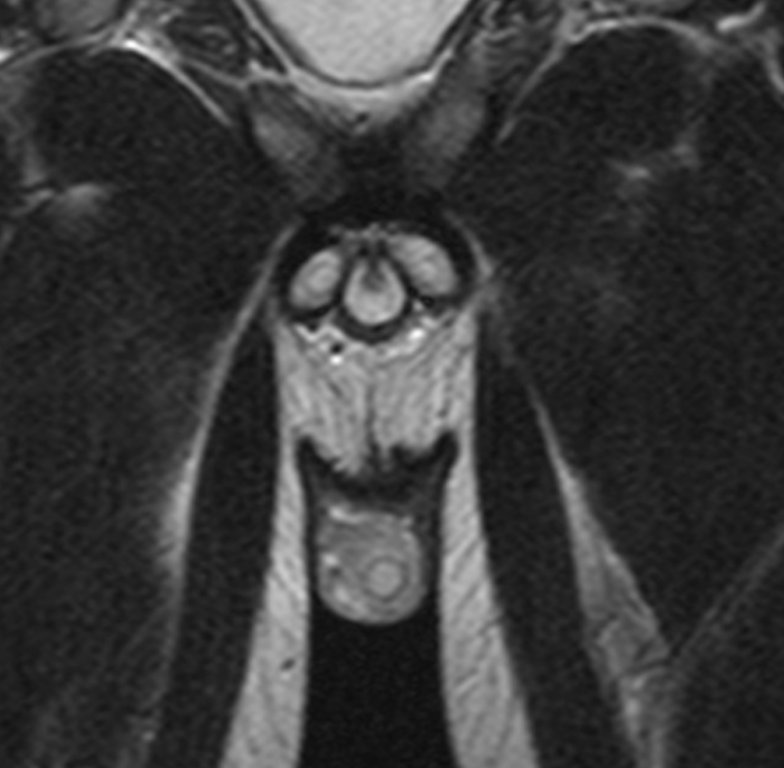 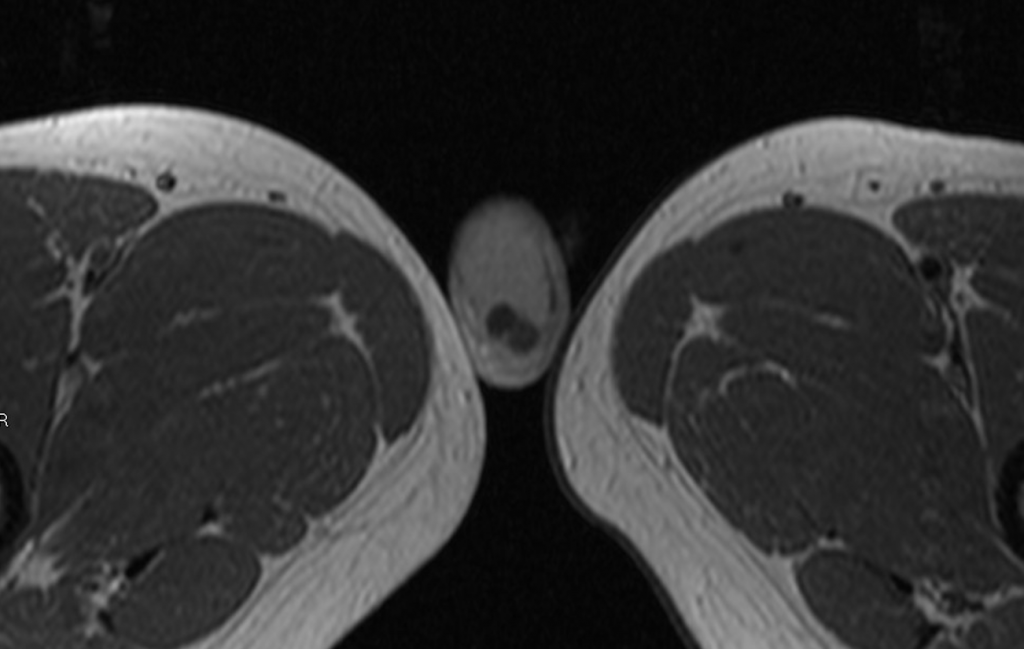