Post-traumatic osteolysis of the distal clavicle

Categories
Area of Interest Trauma, Musculoskeletal joint, Musculoskeletal system ; Imaging Technique Conventional radiography, MR
Procedure Diagnostic procedure ; Special Focus Trauma, Acute ;
Show more Show less
Download as PDF Print Show related cases Notify admin
Clinical History
A 52-year-old female patient with shoulder pain came to the emergency room after injuring her left shoulder on a bike ride. She underwent a shoulder radiograph, which was normal. Pain and limited mobility persisted after two months with conservative treatment, which led to another radiograph and MR imaging.
Imaging Findings
The first radiograph (Fig. 1) showed a normal alignment of the acromioclavicular joint and conserved intraarticular space. An opacity in the acromioclavicular space was seen, suggesting a post-traumatic haematoma. The glenohumeral joint was normal.
The second radiograph (Fig. 2) demonstrated enlargement of joint space which was not seen before and periarticular bony erosion of the distal clavicle (white arrow).
Subsequent MRI (Fig. 3) for evaluation of acromioclavicular joint confirmed periarticular erosion of the distal clavicle (orange arrow and widening of the joint capsule (Fig. 3d). An adjacent soft-tissue oedema and bone marrow oedema of the spine of scapula were also found (white arrow).
Discussion
Osteolysis of the distal clavicle is a painful abnormality which may develop after an acute traumatic injury to the shoulder or may occur due to repeated microtraumata, such as the ones caused by weightlifting. [1]

In cases of distal clavicular destruction, another differential diagnosis such as rheumatoid arthritis, hyperparathyroidism, scleroderma, lytic metastasis and haematogenously spread osteomyelitis should be considered. However in cases of traumatic antecedent, this is the most probable hypothesis.

Clinically it manifests usually as pain and weakness during abduction and flexion of the arm, and it may appears weeks or years after the traumatic event. Clinical examination frequently reveals crepitus and swelling of the overlying soft tissue.

Early imaging diagnosis is difficult. In the early disease process, radiographs may be normal or only demonstrate focal soft-tissue swelling adjacent to the acromioclavicular joint. With progression of the osteolysis there is resorption and erosion of the distal portion of the clavicle which is seen as periarticular erosion and clavicular osteopenia. On the other hand acromial articular surface maintains normal morphology. [1]
MRI is the most sensible method showing loss of the normal low-signal-intensity cortical margin of the clavicle along with bone marrow oedema. Otherwise, acromion should preserve normal bone marrow signal, which is an important distinction in the differential diagnosis from septic arthritis and degenerative change. [2]
Acromioclavicular joint synovitis is usually also seen.

The pathogenesis of this entity is still unclear, however some hypotheses suggest an alteration in the vascularisation of the bone secondary to autonomic nervous system disturbance, stress fractures and avascular necrosis of the bone.
Conservative management is usually the first choice, achieving good results. When the cause is a repetitive microtrauma, as in weightlifters, cessation of the inciting activity frequently results in relief of symptoms and partial or complete osseous recovery.

In refractory cases surgical resection is performed, which is the most effective method in these cases to relieve symptoms.
Poor results were demonstrated in this condition after local corticosteroid injections or oral intake of anti-inflammatory agents. [3]
Differential Diagnosis List
Post-traumatic osteolysis of the distal clavicle
Arthritis rheumatoid
Hyperparathyroidism
Arthritis septic
Lytic metastasis
Final Diagnosis
Post-traumatic osteolysis of the distal clavicle
References 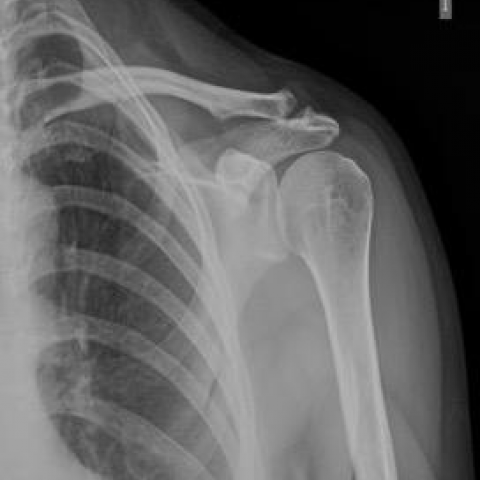 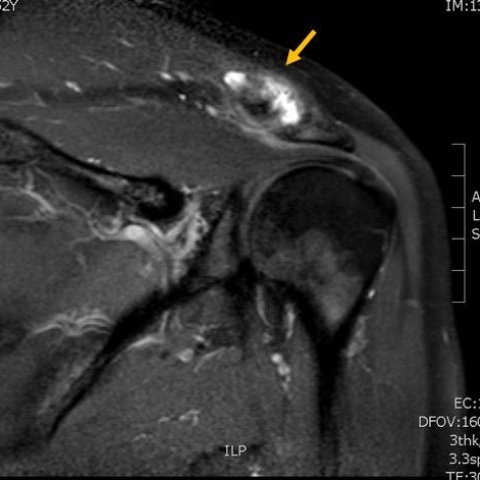 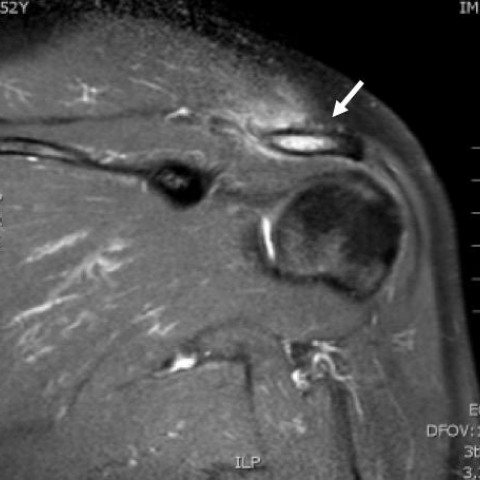 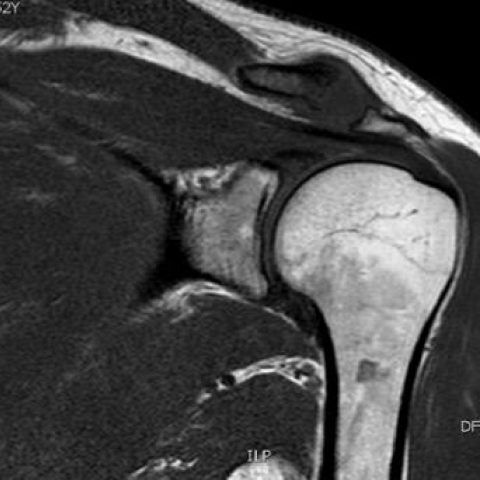 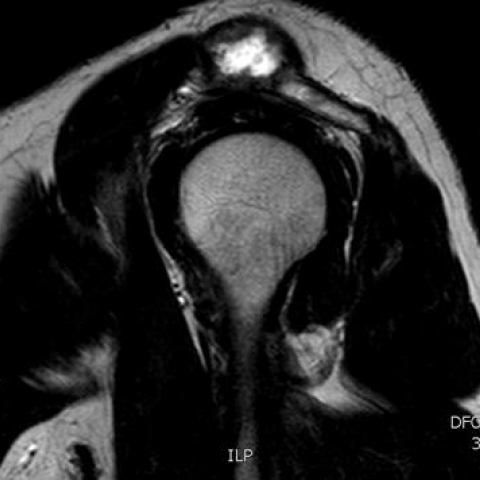 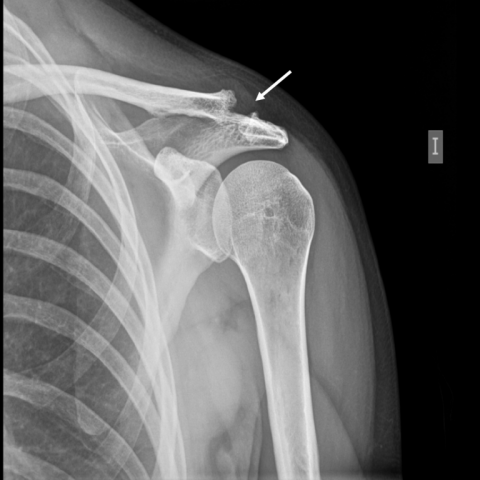 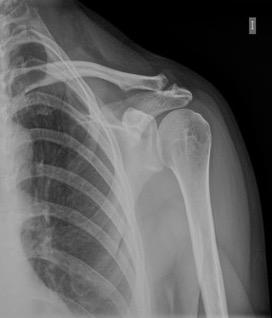 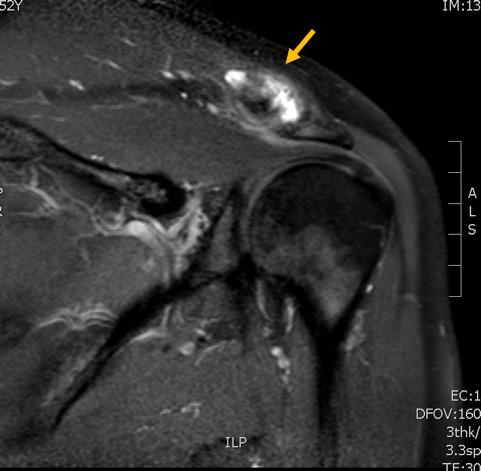 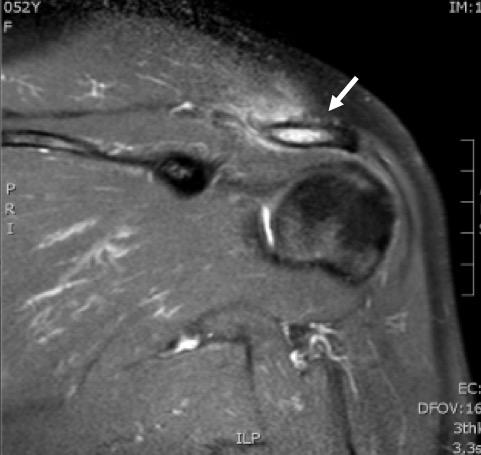 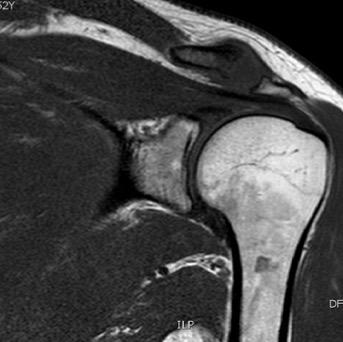 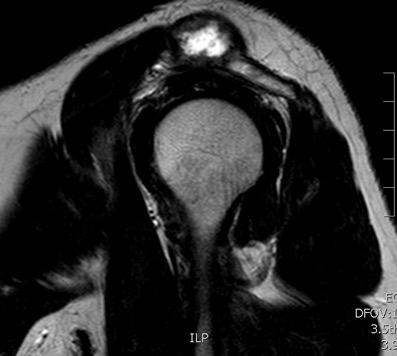 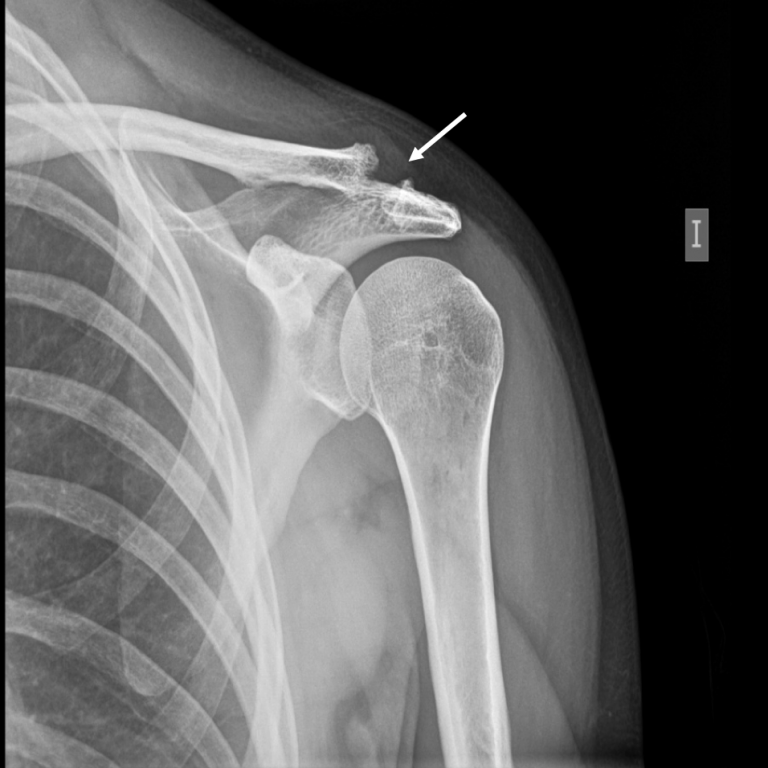