Biopsy done and sent for immunohistochemical staining for cytokeratin shows positive staining in 90% of tumour cells with strong reactivity, findings consistent with renal cell carcinoma.
Discussion
Renal cell carcinoma is common in adult and represents 2% of malignant tumours in adults [2]. RCC is extremely rare malignancy in children and is estimated as 0.1% to 0.3% of all neoplasms and 1.8% to 6.3% of all malignant renal tumours, while the incidence of Wilms' tumour is 58% to 87% [3]. Studies shows that RCC accounted for 1.4% of all renal tumours in patients younger than 4 years, 15.2% in patients aged between 5 to 9 years, and 52.6% in patients aged 10 to 15 years [4].

The most common symptoms are flank or abdominal pain, gross haematuria, and an abdominal mass. Other less frequent symptoms are anaemia, fever, nausea/vomiting, pallor, malaise and weight loss [3].

RCCs comprise a heterogeneous group of tumours. The most common are the Xp11 (TFE3) translocation-RCC (20–40% of total), followed by papillary RCC, which comprises approximately 30% of total and includes both type 1 and type 2 lesions [1]. The diagnosis of paediatric RCC is made by considering pertinent clinical features, imaging findings and the histological appearance, supplemented by immunohistochemistry.

Incidence of metastases is similar to adults with half of the patients presenting with metastatic disease at the time of diagnosis. Radical nephrectomy is the treatment of choice for any stage. Post-operatively, radiotherapy and chemotherapy have been used in patients with advanced stage. The overall prognosis in children with RCC appears to be similar to adults and the most important prognostic factor is tumour staging. Five-year survival rate for patients with stage I is 92.4%, 84.6% stage II, 72.7% stage III and only 13.9 % for patients with stage IV [2].

Although RCC is rare in children, clinical suspicion of this disease in children older than 5 years of age with renal masses is very important since the diagnostic and therapeutic approach differs from that for Wilms' tumour. In our case CT findings of tumour with positive staining in 90% of tumour cells with cytokeratin was strongly suggestive of renal cell carcinoma.
Differential Diagnosis List
Renal cell carcinoma with liver and lung metastases
Wilms' tumour
Pheochromocytoma
Final Diagnosis
Renal cell carcinoma with liver and lung metastases
References 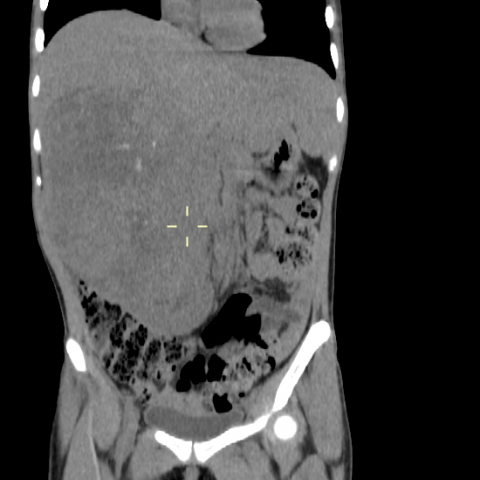 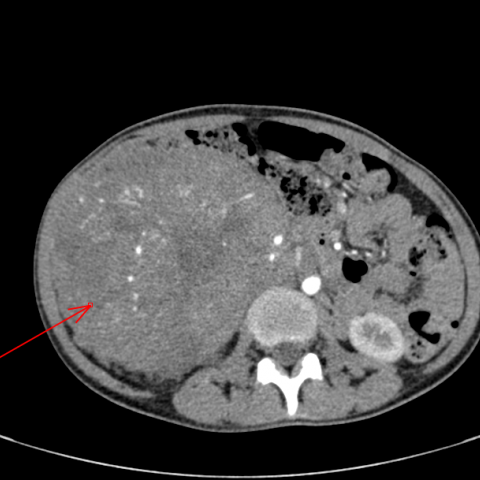 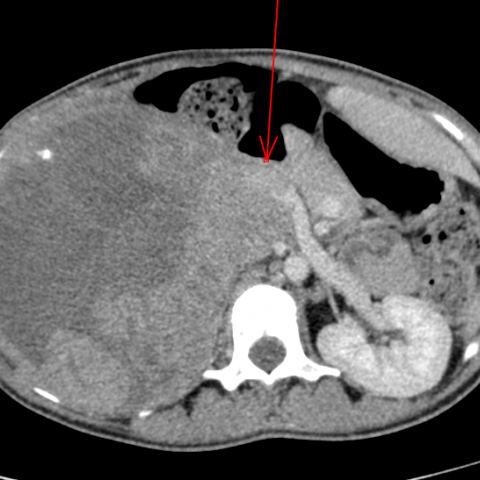 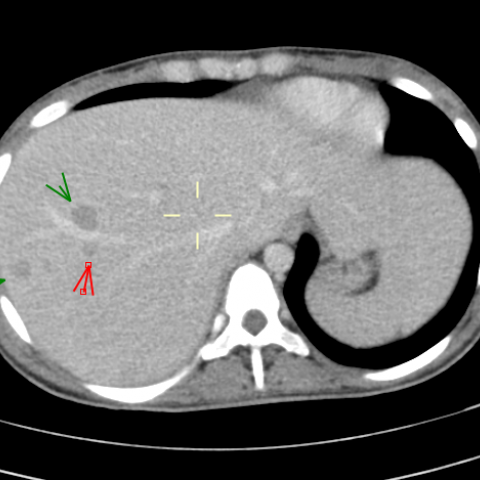 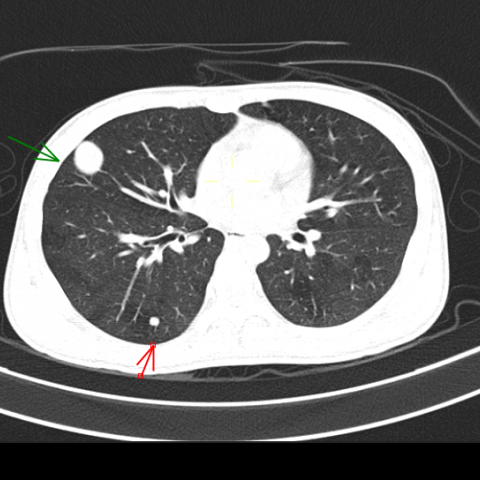 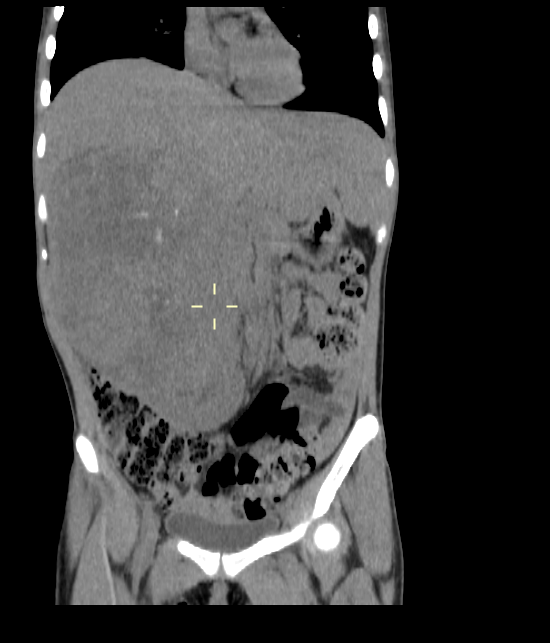 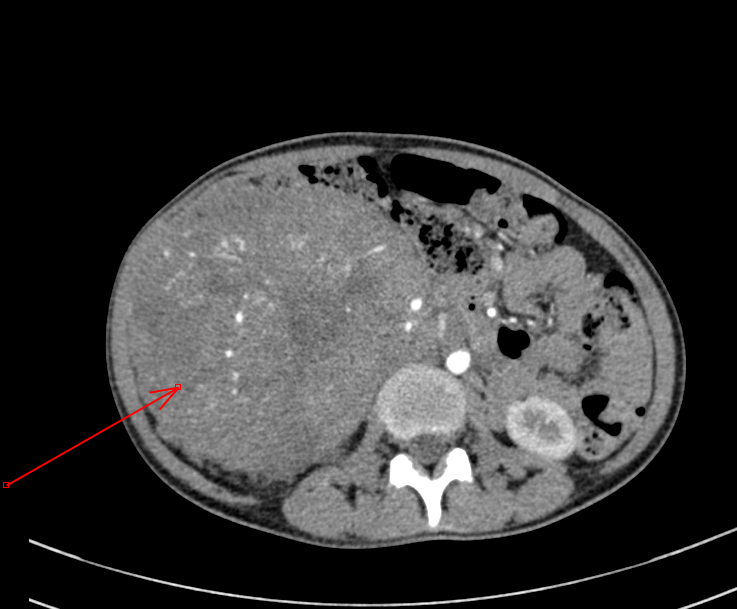 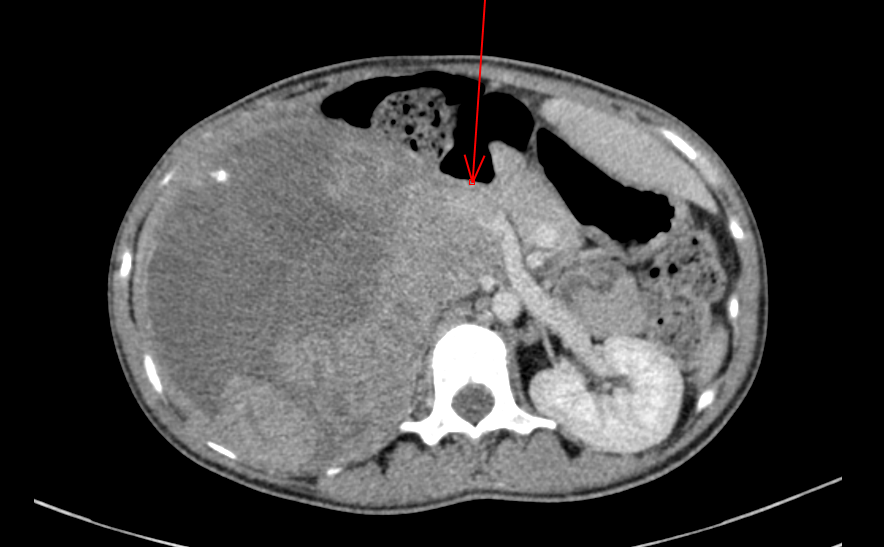 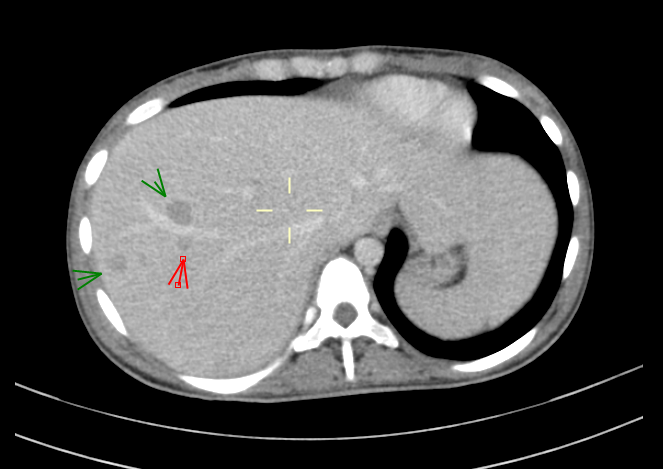 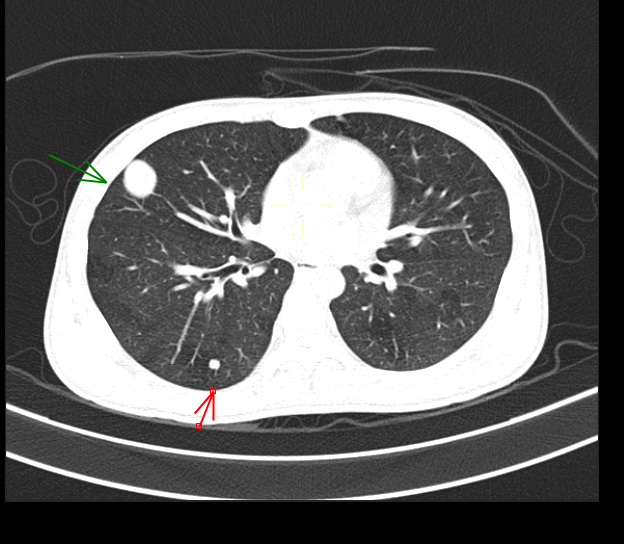