To define the extent of the osteolysis more precisely, computed tomography (CT) examination was performed. CT confirmed osteolysis of the left ilium and acetabulum, os pubis and demonstrated disruption of bone cortices. Magnetic resonance imaging (MRI) demonstrated a soft tissue process around the left hip which was iso-hypointense with muscle on T1-weighted imaging and was of high signal intensity on T2-weighted imaging (Figures 1b,1c). It showed contrast enhancement on T1-weighted sequences after intravenous administration of gadopentate dimeglumine.

Discussion
Massive osteolysis of Gorham is a combined clinical, radiographic, and histological entity characterized by non-familial histologically benign vascular proliferation originating in bone and producing complete osteolysis of all or a portion of bone. In a review of the literature Choma et al. (1) noted 98 reported cases. The disease may become evident in men and women of all ages, although most cases are discovered before the age of 40. (2)

The disease is of unknown etiology and may affect any bone, although the pelvis, shoulder, and mandible are favored sites (1,2). Progressing radiographic findings are essential. The initial changes are well circumscribed or expanding subcortical or intramedullary osteolytic areas, generally with a tendency to enlarge. As in this patient, osteolysis of involved bones is almost complete and can lead to complete resorption in severe cases. (2)

Although the disease usually stabilizes spontaneously and the angiomatous areas are replaced by fibrous tissue, the ultimate extent of the disorder cannot be predicted from the initial lesions. As in this case and as mentioned in the literature, patients do not complain of severe symptoms; most reports are loss of strength, increasing pain, and difficulties walking. A pathological fracture may reveal the disease, while skin pallor, swelling of the affected area, shortening and bowing of an extremity, and scoliosis are also reported. In cases of vertebral localization, neurological signs may be present. When the chest is affected, pleural effusion or chylothorax may occur. However, clinical signs are usually mild compared to radiological changes. (3)

Radiologically, early lesions consist of well-circumscribed intramedullary and subcortical lucencies resembling osteoporosis, generally with a tendency to enlarge. The concentric reduction of bony structure leads to an appearance that mimics a licked stick of candy, which may spontaneously arrest or continue until the bone disappears, hence the term 'vanishing bone disease'. In severe cases, there is complete resorption of the involved bones in later stages, as seen in this case. Arteriography usually does not reveal profound vascular abnormality, although a faint blush has been described. (4)

Computed tomography is useful in the delineation of soft tissue extension and allows biopsy guidance. Three-dimensional CT reconstructions can be very valuable to the orthopedic surgeon planning a reconstruction attempt. (3) Thus suspected Gorham disease is an indication for CT.

Magnetic resonance imaging, by demonstrating changes in signal intensity over time, could be useful in differentiating early, active stages from later stages where fibrous replacement has occurred. However, pathological diagnosis appears to be more specific than any signal changes.

The ultimate extent of the disease can not be predicted from the initial lesions, and complications are variable, ranging from minimal disability to death (from involvement of vital organs, which occurs in 16% of cases, or spinal or chest wall localization, which occurs in 38% of cases).

Therapeutic approaches to the disease are not well defined because of the small number of reported cases and the usual spontaneous stabilization of the disease. Medical treatment (with complex cocktails of hormones, calcium salts, and vitamins) has failed to show efficacy. Treatment has focused primarily on radiotherapy; prosthetic devices, bone grafting and surgical extirpation have also been employed. (3) 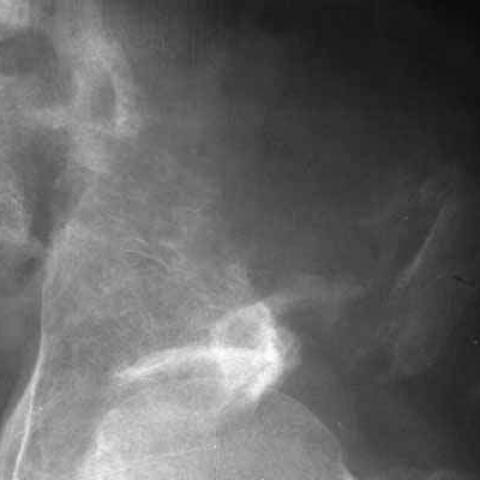 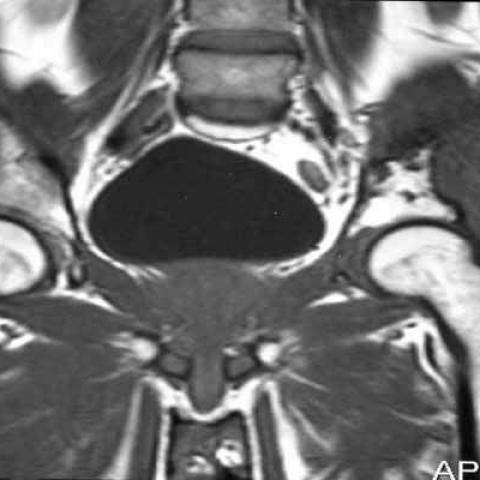 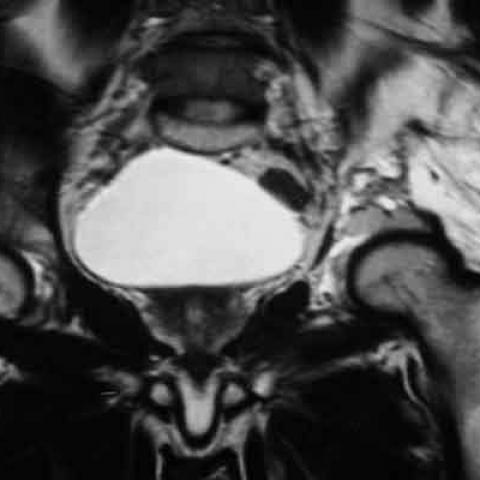 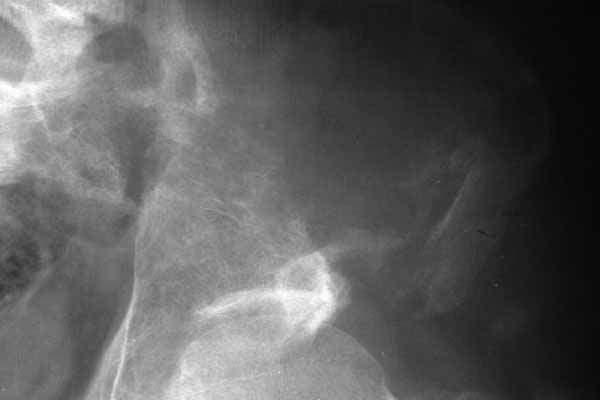 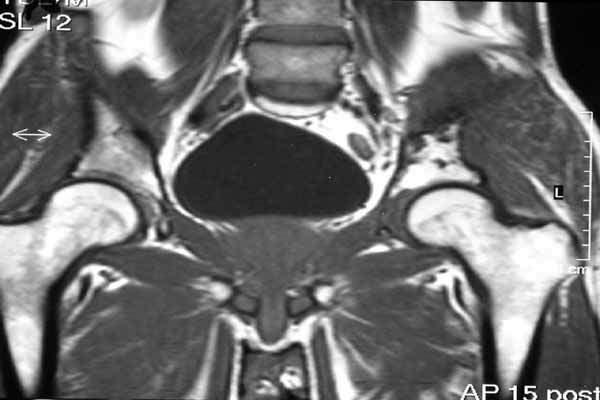 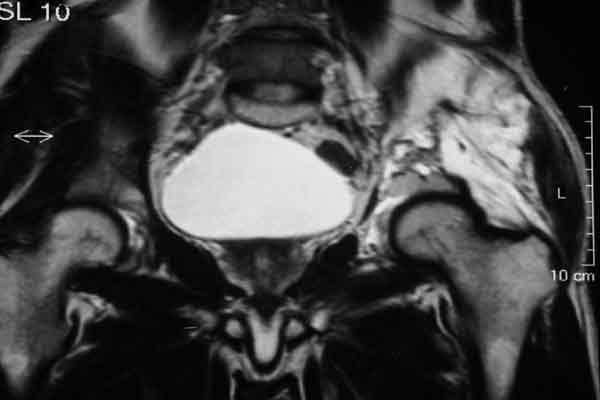