Due to the history of trauma and acutely deranged renal function, the possibility of bladder rupture was raised. A further image acquisition was considered, as this might show extravasation of the previously administered IV contrast. If nondiagnostic then retrograde CT cystogram was to be performed.

In the interim (prior to the next run) the urinary catheter was manipulated. Surprisingly, the patient’s abdominal discomfort and distension resolved following passage of large volumes of urine. The subsequent CT showed almost complete resolution of the free fluid and a small amount of contrast outwith the bladder within the peritoneal cavity (Fig 3 & 4) in keeping with intraperitoneal bladder rupture.
Discussion
Blunt abdominal trauma is the most common cause of closed injuries to the genitourinary organs [1]. Bladder injuries can be classified into four types: contusion, intraperitoneal rupture, extraperitoneal rupture and combined injury [2]. Intraperitoneal injuries are most commonly associated with trauma to a full bladder causing raised pressure and rupture of the dome whereas extraperitoneal injuries are more commonly caused by pelvic fractures [3].

Active distension of the urinary bladder with at least 300ml of contrast media via urinary catheter is recommended in the diagnosis of rupture during CT cystography [4]. Passive distension from antegrade excretion of contrast is not recommended as distinction between urine and ascites would be challenging [4]. Our case however, demonstrated that diagnosis is possible by this means.

The near complete resolution of intra-abdominal free fluid in such a short time frame (around 4 hours) was particularly unusual in this case. It was established that the fluid must have escaped the peritoneal cavity via both the bladder defect and urinary catheter. This did not happen prior to the first CT. Initial CT suggested lateral position of the catheter tip and it was postulated that the manipulation of the catheter after this scan possibly combined with the effects of gravity due to patient movement, facilitated the drainage of this fluid.

The patient subsequently underwent laparotomy which identified two pinpoint holes at the dome of the bladder which were both closed intraoperatively. Her apparent “acute kidney injury” was actually intraperitoneal urinary leakage causing an increase in the serum creatinine level as a result of reabsorption of creatinine in the urine through the peritoneal membrane. The renal function normalised quickly after the urine had drained and the bladder was repaired. 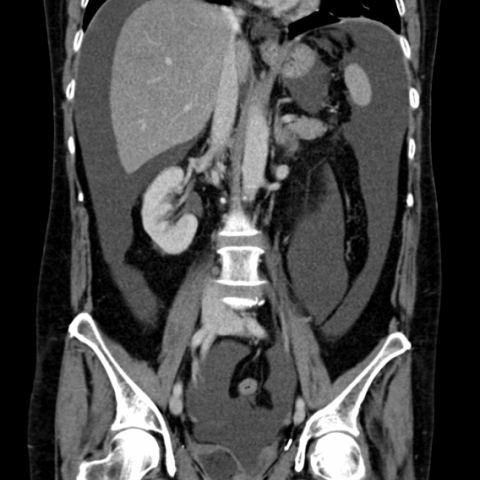 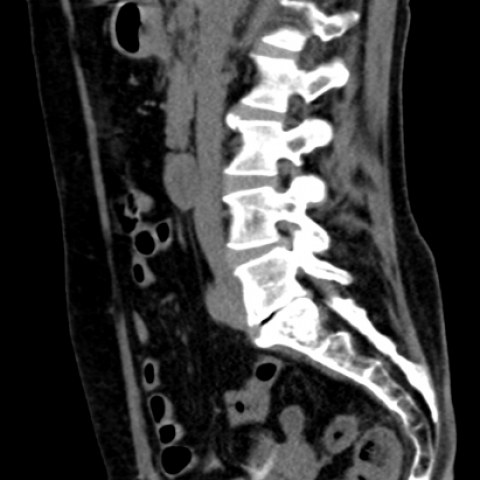 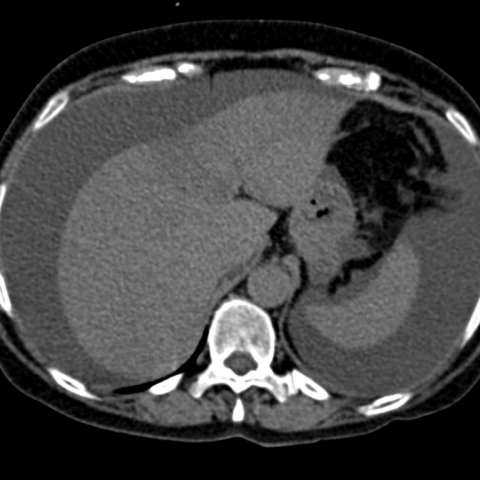 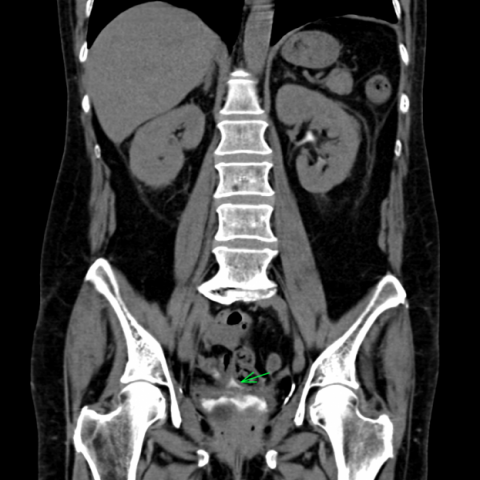 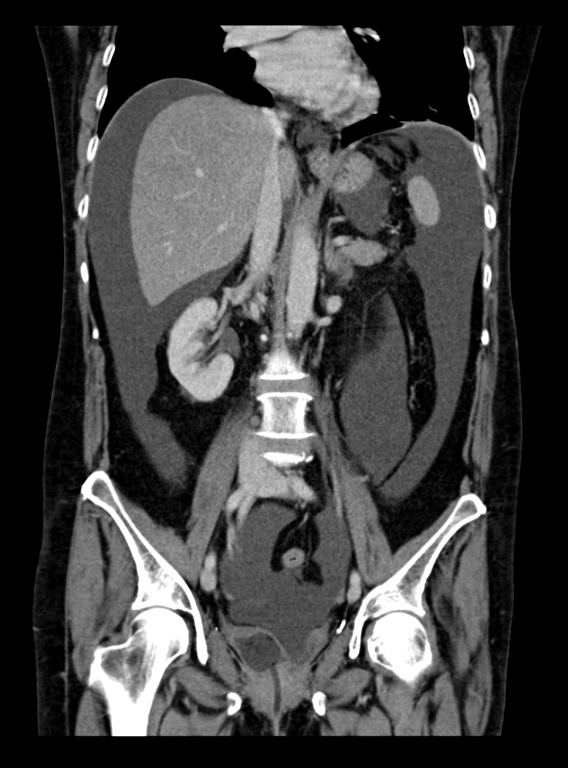 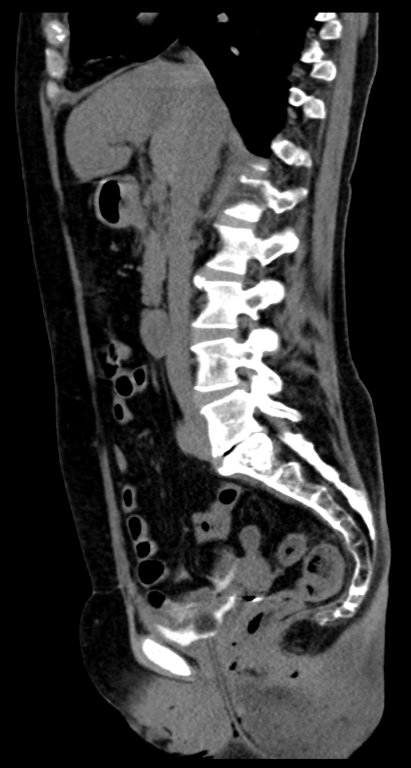 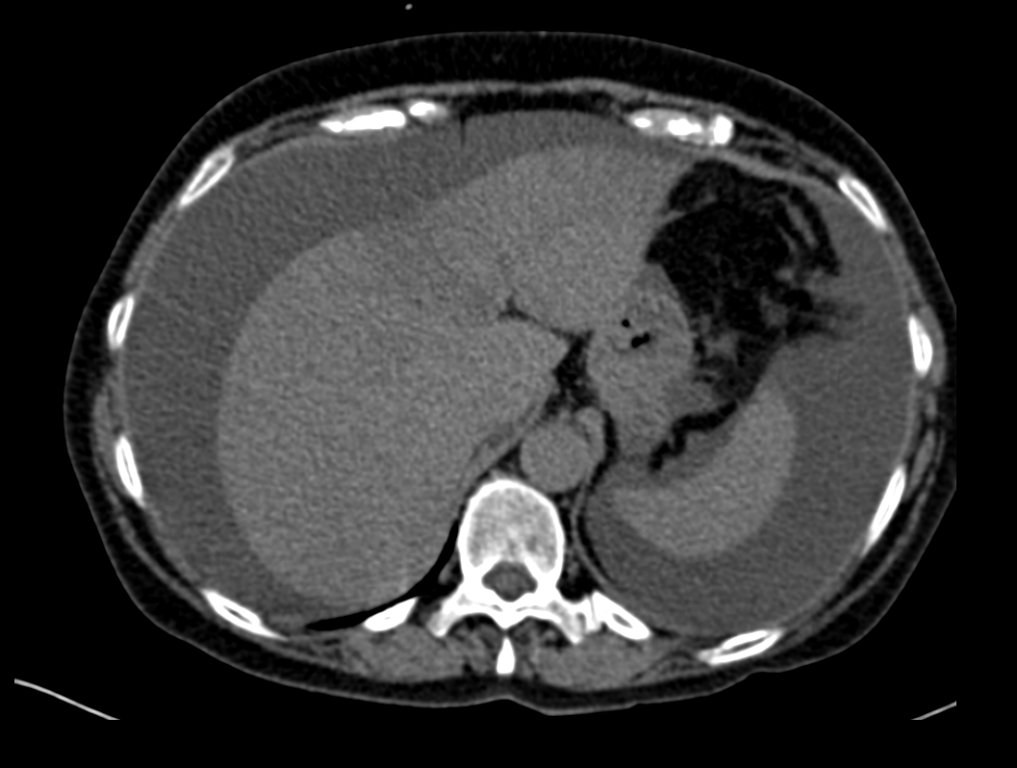 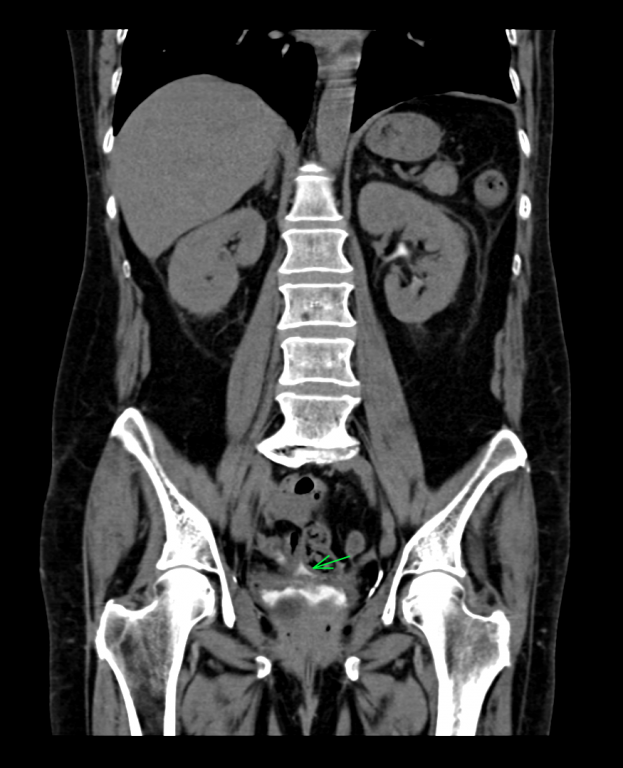