Categories
Area of Interest Lung ; Imaging Technique CT, Conventional radiography
Procedure Education ; Special Focus Tissue characterisation, Pathology ;
Show more Show less
Download as PDF Print Show related cases Notify admin
Clinical History
A 44-year-old female patient with fever and dry cough, diagnosed as bronchopneumonia by her general practitioner, which did not improve with antibiotics within a month.
Imaging Findings
The patient first underwent a frontal and lateral chest X-ray on which bilateral widespread opacities with a tendency to converge were seen (Fig. 1). As the symptoms persisted, one month later the patient underwent a chest CT, which revealed extensive bilateral sharply marginated areas of ground glass opacities associated with smooth thickening of interlobular septal lines, a pattern which is known as "crazy paving" (Fig. 2). A bronchoalveolar lavage was then performed, which proved it to be a pulmonary alveolar proteinosis.
Discussion
Pulmonary alveolar proteinosis is a rare lung disease which consists of an accumulation of surfactant-like lipoproteinaceous material. It typically affects middle-aged men and is strongly associated with tobacco. It can be idiopathic (90%), secondary to other diseases such as haematological malignancies or chemotherapy, or congenital [1].

Their symptoms are usually respiratory and not specific, and they may range from dyspnoea or chest pain to respiratory failure, although it may also be asymptomatic. On CT, the "crazy paving" pattern is typical though not pathognomonic of this entity, as it can also be seen in other alveolar diseases such as pulmonary haemorrhage, bronchioloalveolar carcinoma or pulmonary oedema, and a bronchoalveolar lavage or a lung biopsy, which reveals foamy macrophages with PAS+ proteinaceus material, is needed to confirm the diagnosis [2].

The bronchoalveolar lavage is also used as a treatment, as it improves the symptoms of this disease and usually also its radiological features, since it produces a decrease in the density of the ground glass opacities. The prognosis of this entity is usually good even though it tends to relapse and multiple bronchoalveolar lavages may be required [1].
Differential Diagnosis List
Pulmonary alveolar proteinosis
Acute respiratory distress syndrome
Cardiogenic oedema
Pulmonary infectious disease
Bronchioloalveolar carcinoma
Pulmonary haemorrhage
Sarcoidosis
Acute interstitial pneumonia
Cryptogenic organizing pneumonia
Final Diagnosis
Pulmonary alveolar proteinosis
References 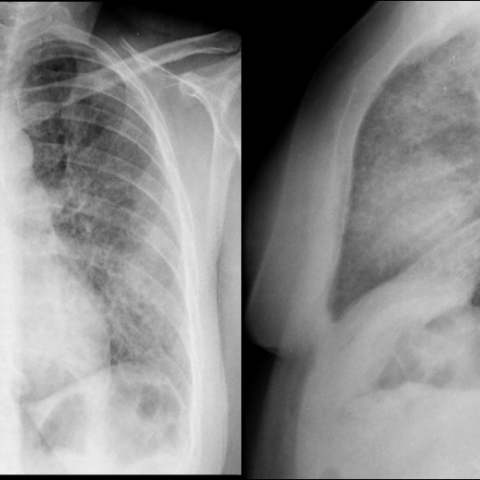 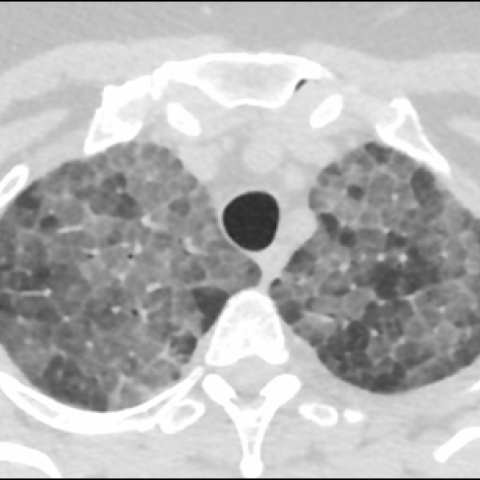 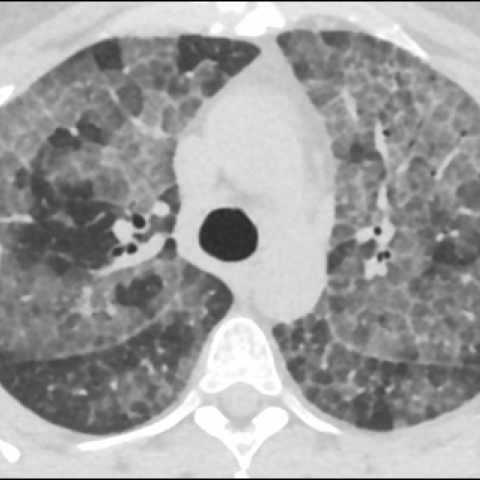 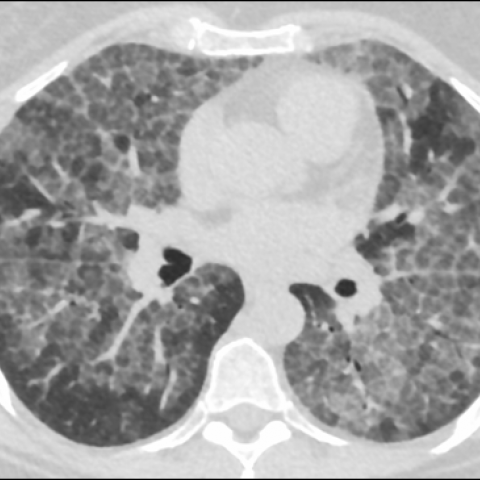 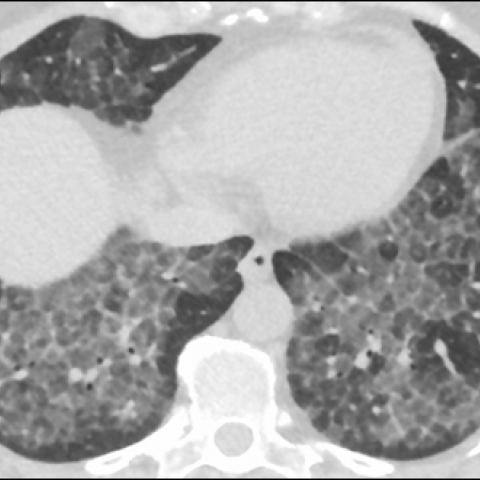 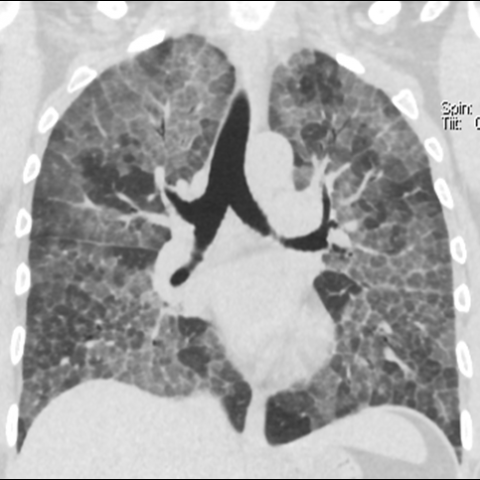 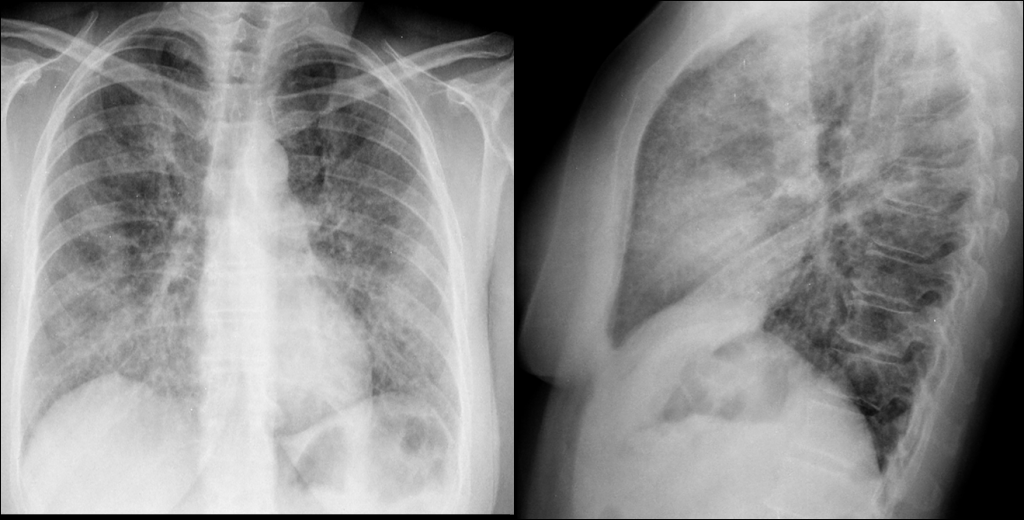 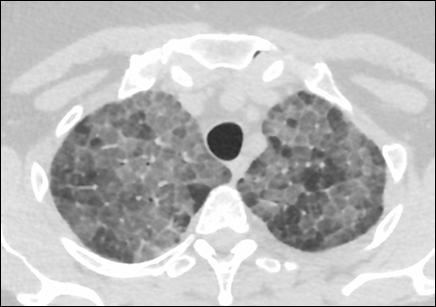 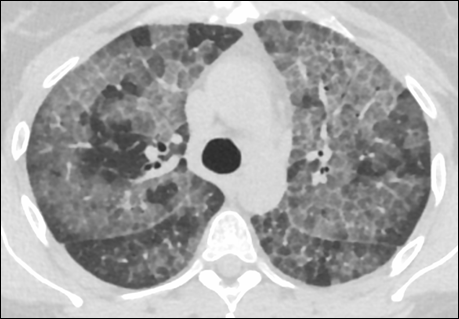 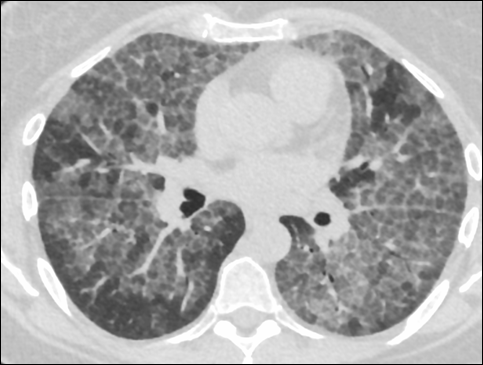 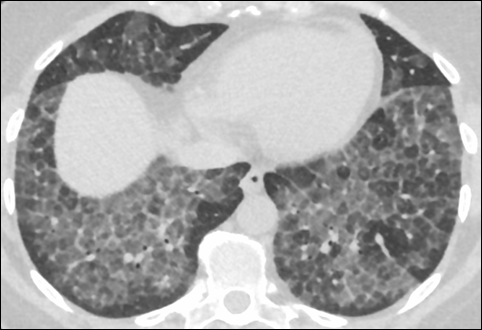 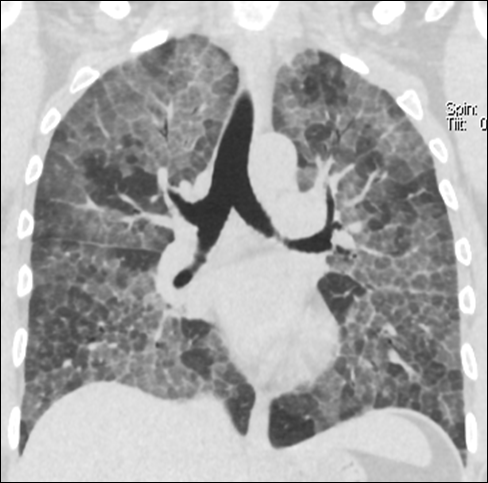