Categories
Area of Interest Head and neck ; Imaging Technique Percutaneous, MR, CT
Procedure Diagnostic procedure ; Special Focus Tissue characterisation ;
Show more Show less
Download as PDF Print Show related cases Notify admin
Clinical History
A seventeen-month-old male infant presented with a painless mass on the right side of the face. It had been first noticed four months before as a punctate swelling, and had been enlarging since then. In the beginning inflammatory signs were present, with no fever.
Imaging Findings
Computed tomography (Fig. 1) revealed a large solid expansile and well-defined mass in the right maxillary sinus, with extension and expansion of the sinus to the homolateral orbit, nasal cavity and ethmoid labyrinth. There was thinning of maxillary sinus walls, and teeth in the affected region showed displacement and smooth root resorption. The pterogopalatine fossa appeared clear.
Magnetic resonance imaging (Fig. 2) showed a well-defined lesion with homogeneous signal intensity on every pulse sequence. It was isosignal to muscle on T1-weighted images and T2 hyperintense, without restricted diffusion. Gadolinium was not administered.
Patient proceeded to facial mass biopsy, which was nondiagnostic. Surgery was then performed with surgical excision of the lesion. Histopathological examination (Fig. 3) revealed typical features of a myxoma, containing loosely arranged stellate and spindle-shaped cells within a myxoid matrix.
Discussion
Myxomas of the paranasal sinuses represent a minority of reported paranasal sinus masses [4], and because of their location and locally aggressive behaviour they constitute a diagnostic and therapeutic challenge. The peak incidence of head and neck myxomas is between the ages of 25 and 35 [2]. A search of published data (1991-2010) for cases of maxillo-facial myxoma in infants (younger than 24 months of age) revealed only a few previously reported cases [5, 6], which makes this a very rare tumour in this age group. Myxomas are benign but locally invasive. They grow slowly and may be present for several years before presentation, occasionally attaining sufficient size to produce considerable facial deformity [1, 3, 7]. Although benign, they are locally destructive and aggressive tumours, which may extend into the surrounding structures such as the nasopharynx, nose or paranasal sinuses. CT typically shows an expansile, lobulated and well-defined lesion with thinning of the cortical plates of the sinus walls. MRI usually shows a well-defined and homogeneous mass, isointense to muscle on T1-weighted imaging and hyperintense on T2-weighted imaging, with no restricted diffusion or contrast enhancement.
In our specific case, we first considered in our differential diagnosis a benign tumour such as a papilloma or neurogenic tumour, or, less likely, an inflammatory process. There were signs of expansion and displacement of maxillary sinus walls and teeth, with no infiltrative behaviour into surrounding structures or bony destruction (the thinning of the cortical plates seen on CT was a crucial finding). However, the relatively rapid growth and mass effect of the lesion were concerning. The possibility of a myxoma was not initially considered due to its rarity. We now think, however, that it should be considered in the differential diagnosis of a well-defined, but locally aggressive sinonasal mass in a child.
Definitive diagnosis requires histopathological analysis through biopsy and/or surgical excision en bloc to avoid future growth or recurrence.
Most myxomas are well-defined and not diffusely infiltrative making it easy to remove them without damage to surrounding vital structures such as the optic nerve.
Evaluation by CT and MRI is extremely useful in defining the anatomic extent and aiding surgical planning.
Differential Diagnosis List
Sinonasal myxoma
Papilloma
Reparative granuloma
Neurogenic tumour
Final Diagnosis
Sinonasal myxoma
References 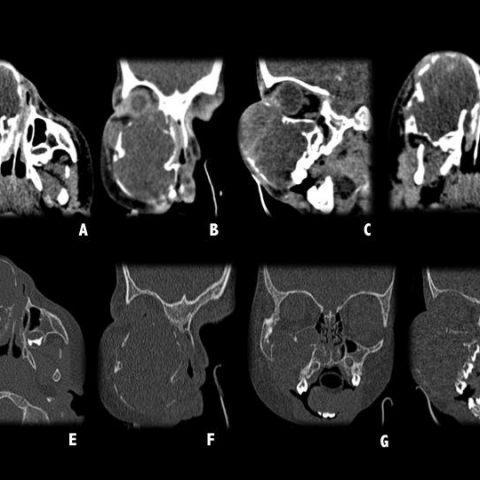 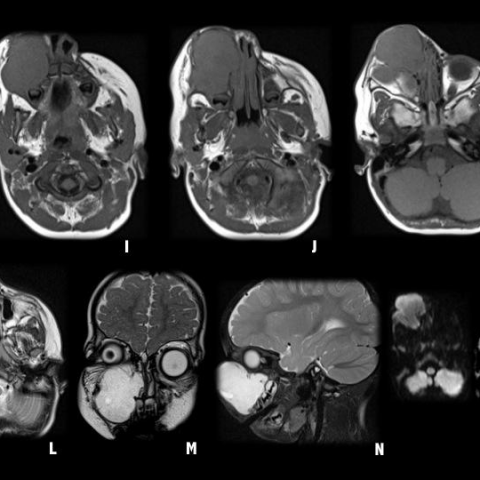 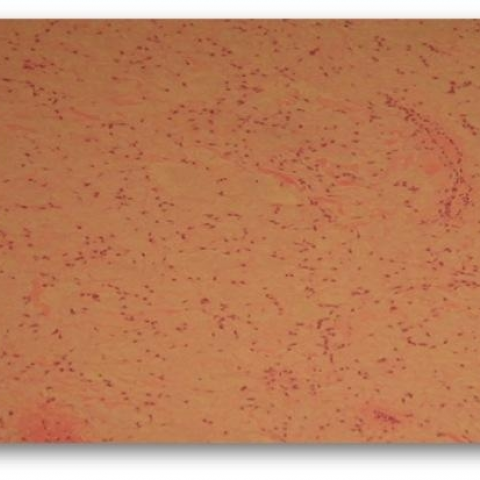 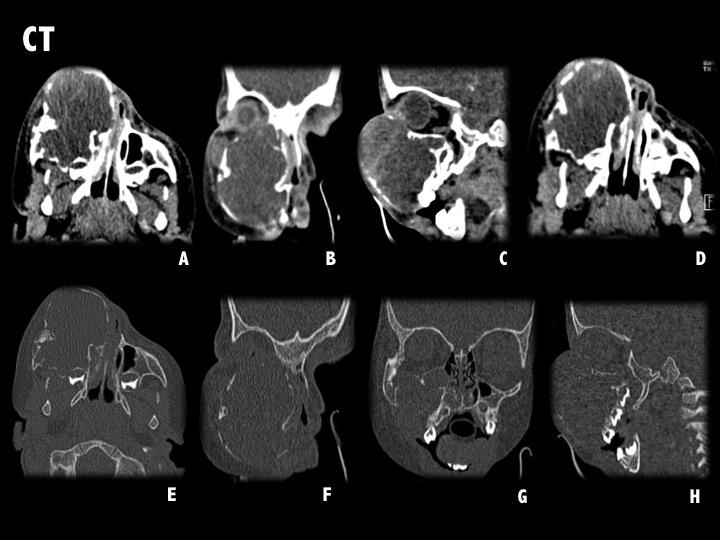 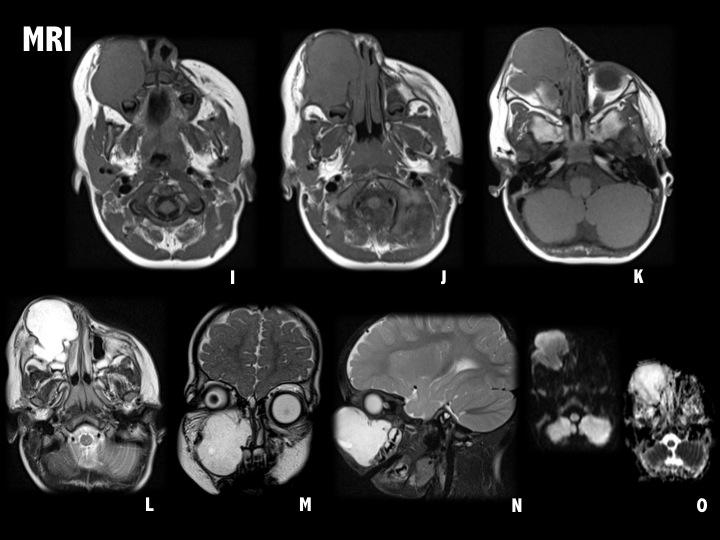 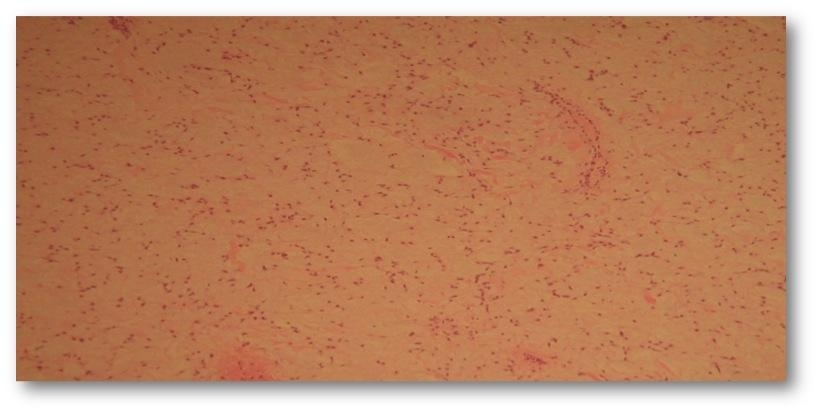