Categories
Area of Interest Neuroradiology brain ; Imaging Technique MR
Procedure Education ; Special Focus Dysplasias ;
Show more Show less
Download as PDF Print Show related cases Notify admin
Clinical History
10-month-old boy with history of developmental delay came to us for MRI brain. The child was born of non-consanguineous marriage after full term normal delivery and cried after birth. The child had attained head holding at 6 months of age. Rest of the motor milestones were not achieved.
Imaging Findings
Multiplanar MRI brain was performed on 3T MRI scanner. The findings included: Bilateral clefts filled with CSF were extending from the subarachnoid space along the convexity medially up to the atria of both lateral ventricles. The clefts were lined with dysplastic thickened gray matter suggestive of pachygyria.
The sylvian fissures extended postero-superiorly into these clefts.
There was also cortical thickening with polymicrogyria along the left inferior frontal gyrus, perisylvian temporal lobe and superior temporal gyrus.
Septum pellucidum was also absent.
Discussion
The 3 major stages of cortical formation are proliferative, migration and organisation. Schizencephaly is a type of cortical malformation occurring due to deranged organisation [1].
Schizencephaly results from injury involving the entire thickness of the developing hemisphere during cortical organization.
The aetiopathogenesis of schizencephaly has not been clearly understood. The causes are heterogeneous and include vascular disruption, hypoxic ischaemic event and/or prenatal infection at the time of neuronal development or dysgenetic cause [2]. Before the third trimester, the vascular watershed zone is located along the ventricular walls. During a vascular insult or an episode of hypotension, there is watershed infarction which also involves the germinal matrix. Gray matter lined clefts with heterotopias and polymicrogyria develop as a result of ischaemia to less severely affected surrounding germinal matrix. The ischaemic theory could also explain association of optic nerve hypoplasia and absent septum pellucidum [3].

The cleft may be small or large, unilateral or bilateral. The CSF containing the cleft extends from the ependymal lining of the ventricle to the piamater on the surface of the brain [4]. The cleft connects the CSF subarachnoid space to the ventricles.
The cleft is lined by grey matter which is thickened and dysplastic (pachygyria) or may be polymicrogyric.
These clefts are most commonly (70 %) located in posterior frontal and parietal regions.

The anomaly may be of the open-lip or closed-lip type.
Closed-lip schizencephaly is characterized by gray matter–lined lips, which are in close contact with each other (type 1). It is seen as a small nipple-like outpouching at the ventricular ependymal surface on MRI.
Open-lip schizencephaly has separated lips and a cleft of CSF extending from the brain surface to the underlying ventricles (type 2). 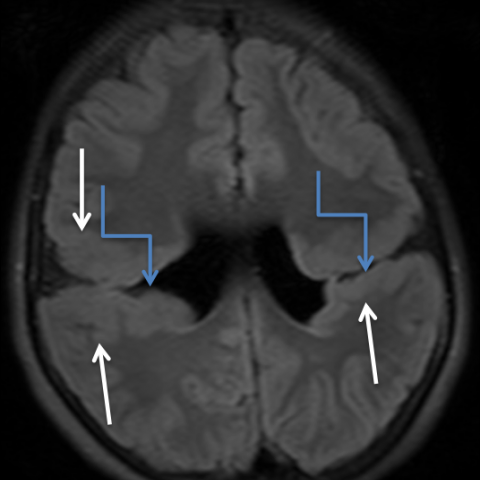 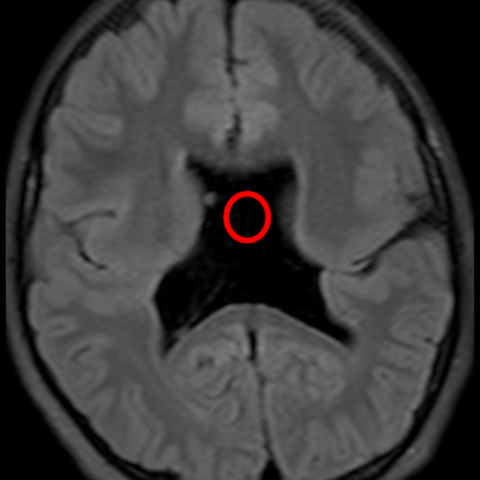 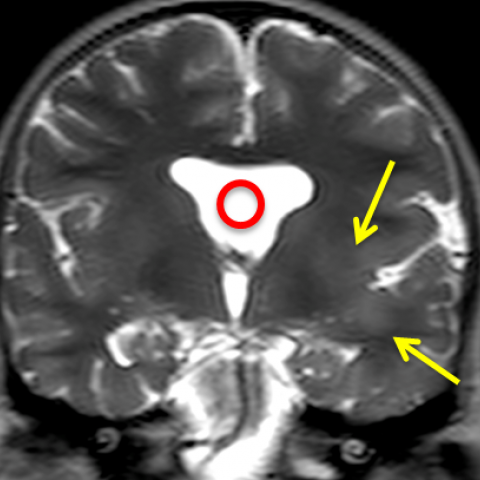 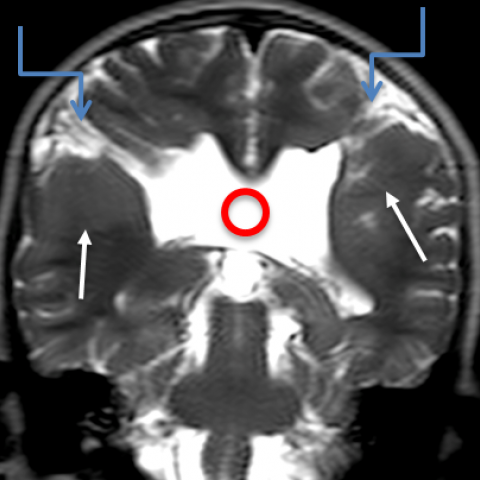 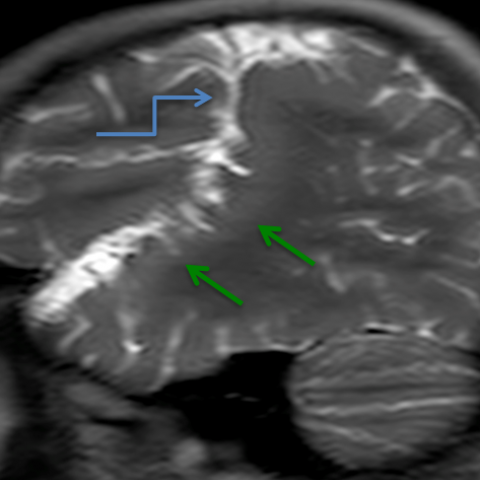 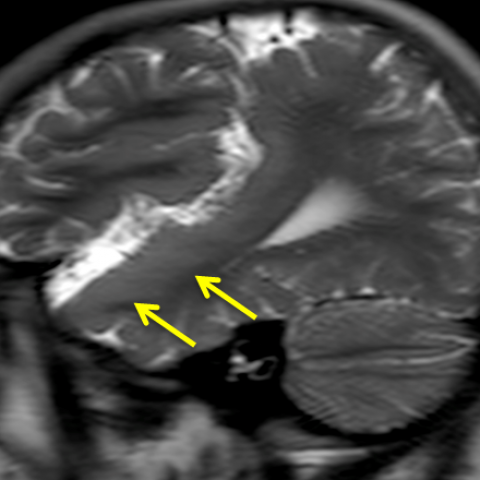 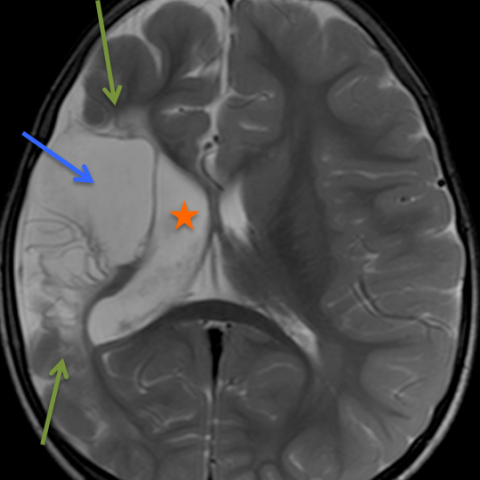 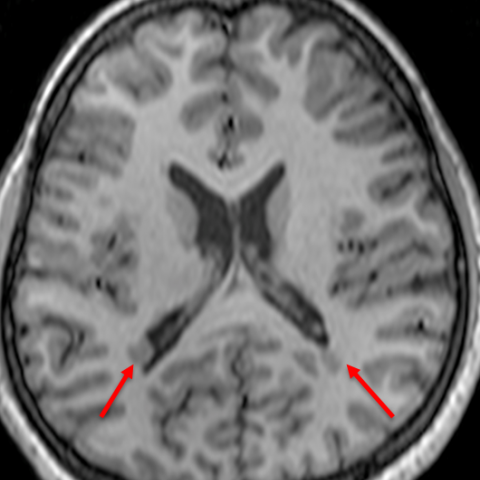 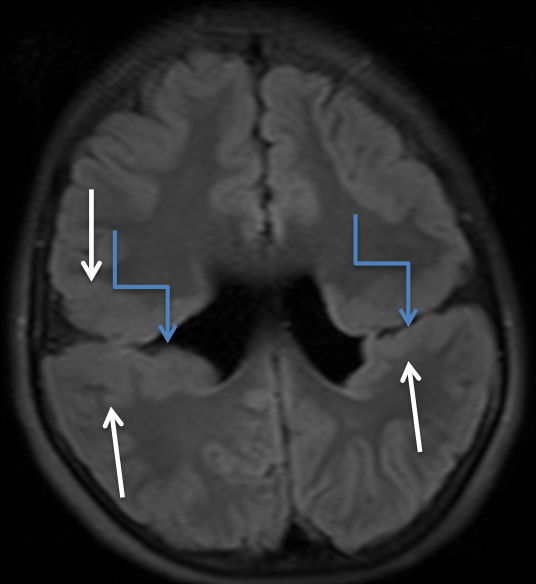 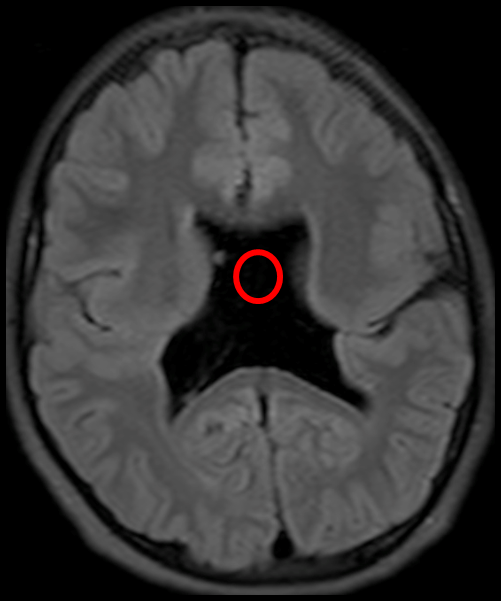 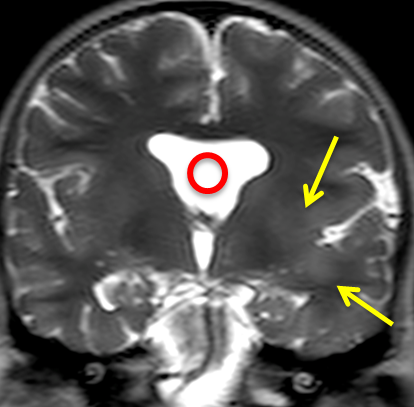 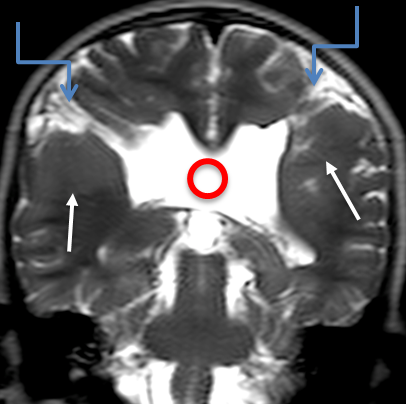 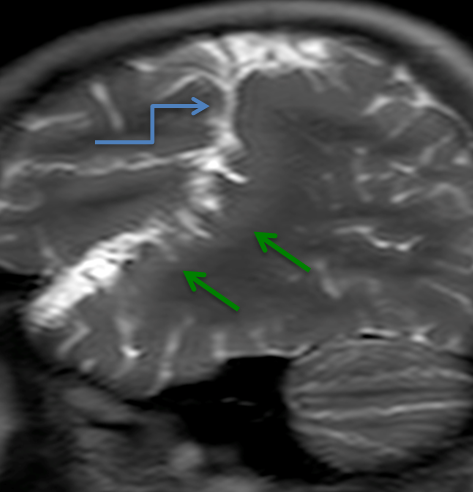 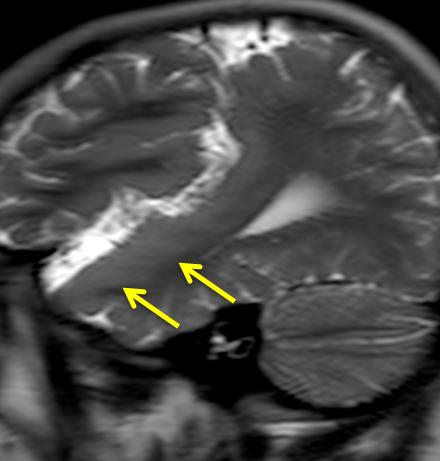 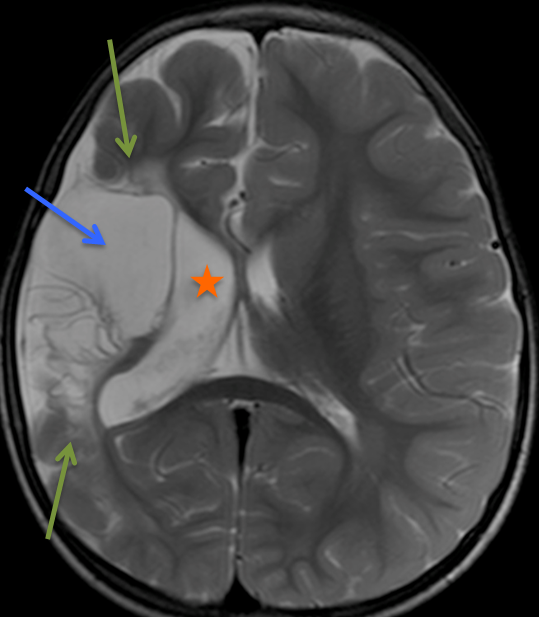 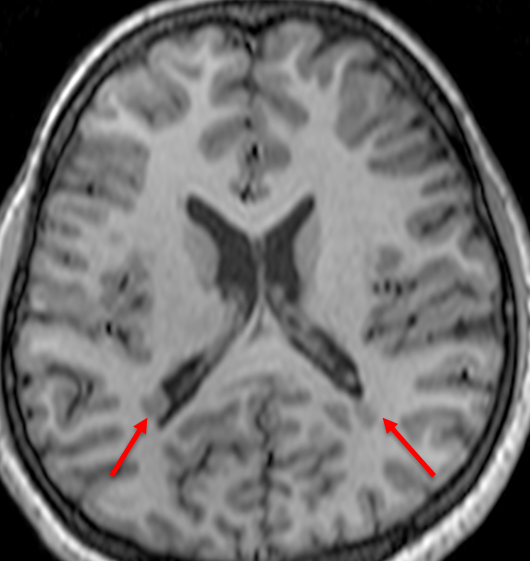