Figure 2. Axial unenhanced CT scan of left forearm demonstrating the well-defined area of ossification related to the radial surface of the ulna. No cortical destruction or definite associated soft tissue mass is identified.

Figure 3. Coronal Proton Density MR left forearm demonstrating the area of ossification as low signal structures along the radial surface of the ulna (arrowheads). Note the central band of the interosseous membrane (arrow). There is no bone marrow or soft tissue oedema and no soft tissue mass.
Discussion
Diagnosis is traumatic Interosseous Membrane Heterotopic Ossification (IMHO).

IMHO is reported in approximately 2% of forearm injuries. This may result in significant limitation to pronation and supination especially if there is complete bony union across the bones [3]. The history of forearm trauma along with clinical examination and radiological findings are important for the diagnosis. Examination usually demonstrates limited pronation-supination movement [3, 4]. Our patient had only 5 degrees of fixed supination on presentation.

Both radiograph and CT examinations are sensitive for detecting the osseous tissue of heterotopic ossification. CT can detect subtle mineralisation earlier than radiographs, which can be seen as early as 10-14 days after the injury. Earlier imaging may demonstrate a soft tissue mass at the site of injury without any mineralisation, which may be confused for other diagnoses. Follow-up imaging will demonstrate maturation of the heterotopic ossification into a peripheral cortex and central fatty marrow [5].
MRI will help assess associated bone marrow signal changes or soft tissue component (like a cartilaginous cap in case of an osteochondroma). Establishing the diagnosis on ultrasound can be challenging but the identification of the characteristic dense post-acoustic shadowing associated with osseous tissue should prompt further assessment with a radiograph.

IMHO, due to its extension close to the bone surface, may mimic a parosteal osteosarcoma. However, this typically appears as a densely mineralised mass that starts at the periosteal surface and then extends to the adjacent soft tissues [6]. 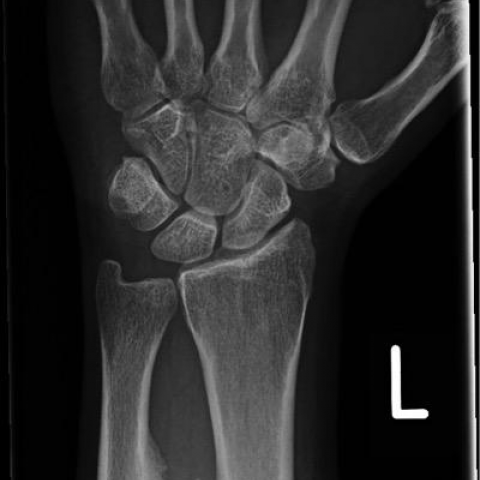 Frontal radiograph of left forearm demonstrating well-defined area of ossification proximally within both radial surface of ulna and ulnar surface of radius.
Figure 2 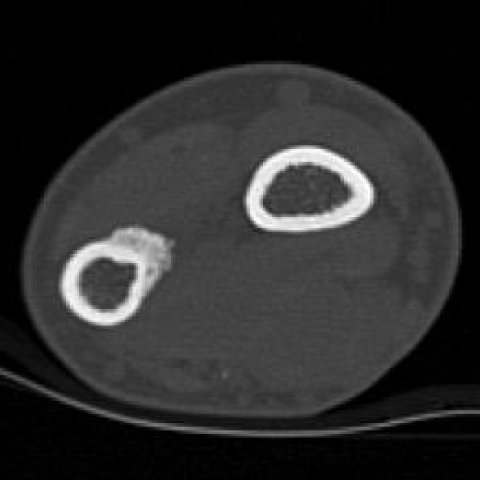 Axial unenhanced CT scan of left forearm demonstrating the well-defined area of ossification related to the radial surface of the ulna. No cortical destruction or definite associated soft tissue mass is identified.
Figure 3 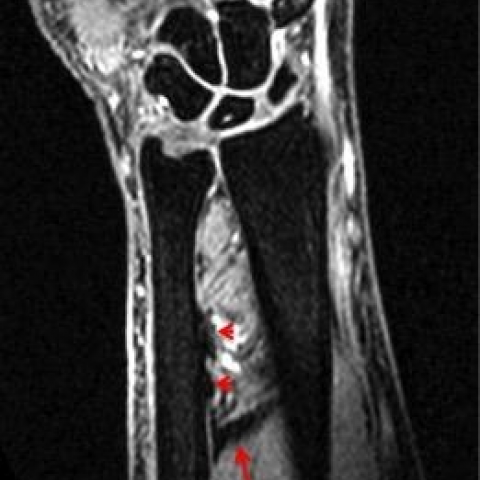 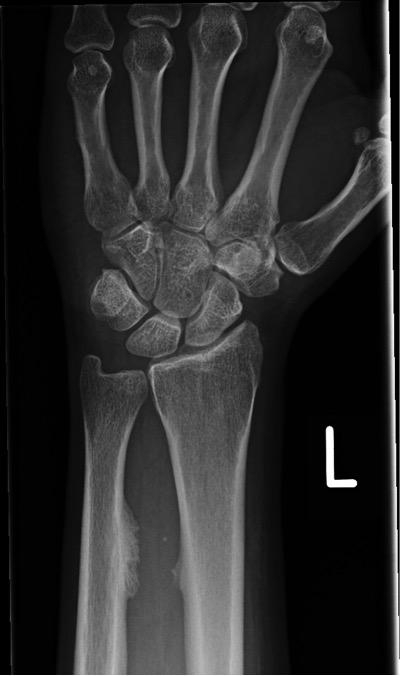 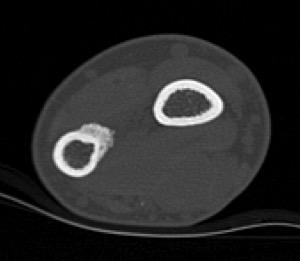 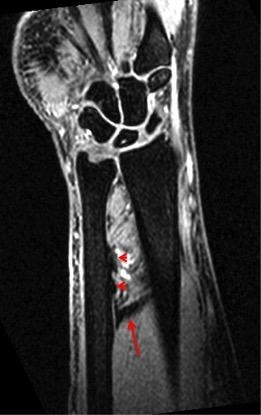