Focal Fibrocystic Changes of the breast as a pseudotumoral lesion

Categories
Area of Interest Breast ; Imaging Technique Mammography
Procedure Computer Applications-Detection, diagnosis ; Special Focus Acute ;
Show more Show less
Download as PDF Print Show related cases Notify admin
Clinical History
A 40-year-old women with no family history of breast cancer presented with a palpable lump in the left breast.
Imaging Findings
Mammogram: Breast Composition Categorie (ACR B).
An ovoid mass with obscured margins (half circumscribed and half (> 25%) hidden by adjacent fibroglandular tissue), occupying the upper-outer cuadrant of the left breast, measuring 9 x 7 cm, with microcalcifications was found. On the CC digital magnification some round microcalcifications can be identified that layer on the OML view suggestive of "milk of calcium". Other pleomorphic microcalcifications were also found.

Core biopsy was performed because we could not confidently exclude carcinoma due to coexisting "milk of calcium" and pleomorphic microcalcifications.

Core biopsy of the lesion: Fibrocystic changes: (adenosis, stromal fibrosis, ductal ectasia, dystrophic microcalcifications)
Discussion
Fibrocystic Changes (FCC) of the breast is a very common condition, affecting over half the women between 20 and 50 years old. It can be seen as a diffuse or focal condition, sometimes mimicking malignancy. Hormonal imbalance of the menstrual cycle is believed to account for the pathogenesis.

FCC is frequently diagnosed before or at menopause. Clinical manifestations include palpable lumps with breast pain or tenderness. Histologically characterized by a combinations of cysts, stromal fibrosis, and epithelial proliferation. FCC may give rise to milk of calcium calcifications and its recognition is important since this characteristic calcification has no known malignant potential [1]. However it may coexist with other types of calcifications, including malignant, making necessary a careful analysis of all calcific particles. In the review of patients with milk of calcium by Linden and Sickles, 8 patients with carcinoma were associated with typical sedimented calcifications, in approximately 200 women [2, 3].

Mammography cannot reliably diagnose FCC due to the wide variation of imaging findings, especially when a mass is associated with coexisting benign milk of calcium and suspicious microcalcifications. On lateral view and occasionally on MLO view, milk of calcium calcifications are seen as linear or curvilinear shapes while on CC view they are seen as slightly indistinct smudges, depending on the amount of milk of calcium present.

Biopsy should be considered if suspicious calcifications are found, even if they are mixed with milk of calcium.

FCC of the breast represent a wide spectrum of imaging findings and histology types, although it is a benign condition it may be misdiagnosed as a malignant condition. Milk of calcium located in the breast is typically a benign entity. However, carcinoma may incidentally arise adjacent to or even within milk of calcium [4].
Differential Diagnosis List
Focal Fibrocystic Changes of the Breast
Ductal Carcinoma
Lobular Carcinoma
Cytosteatonecrosis
Final Diagnosis
Focal Fibrocystic Changes of the Breast
References 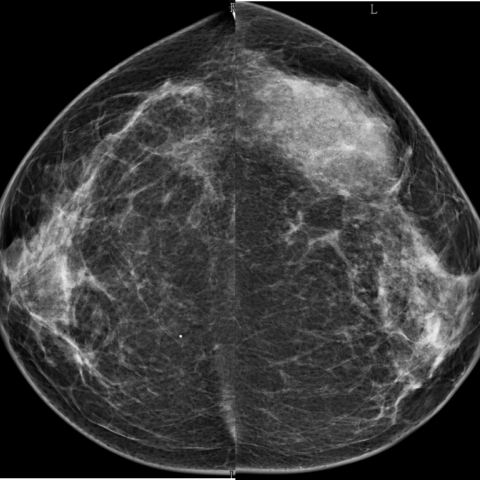 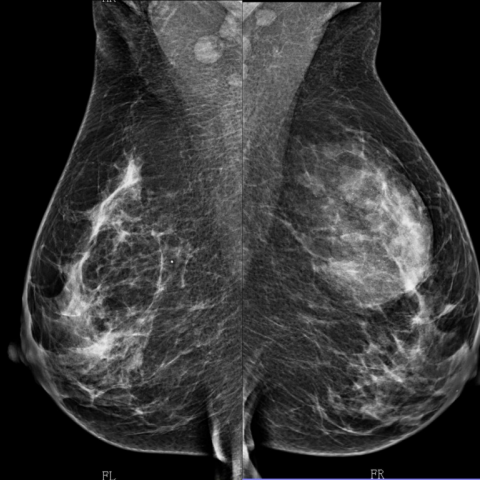 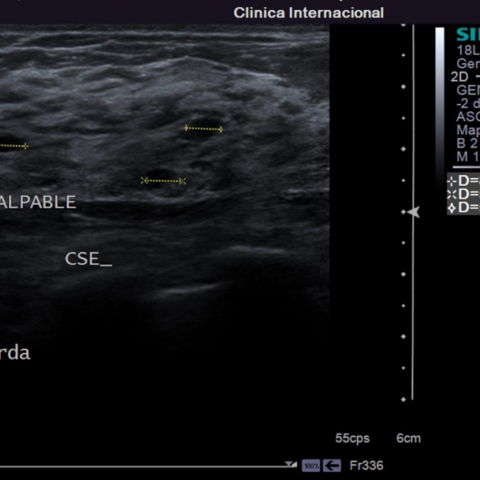 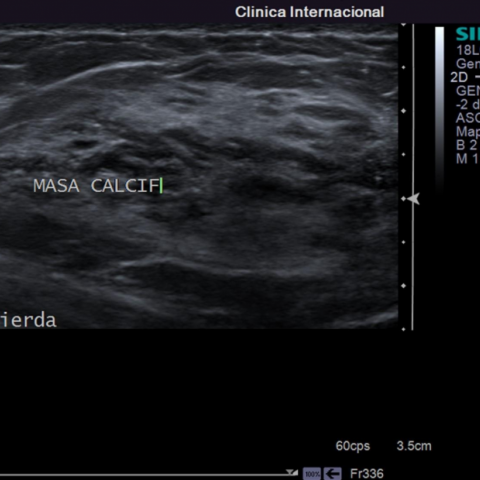 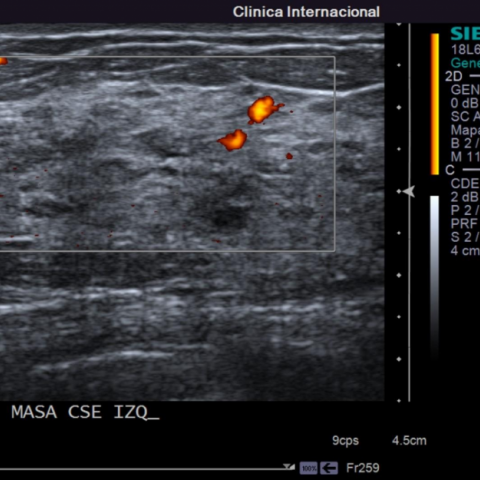 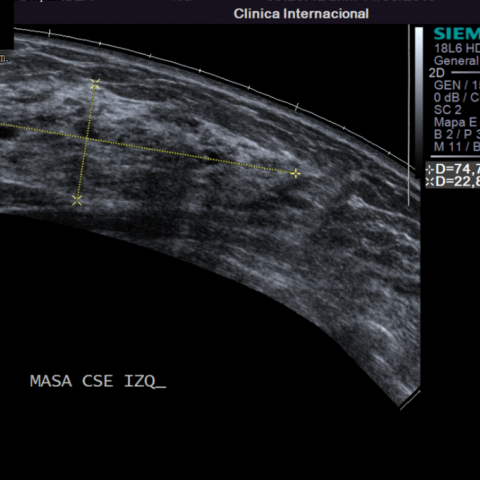 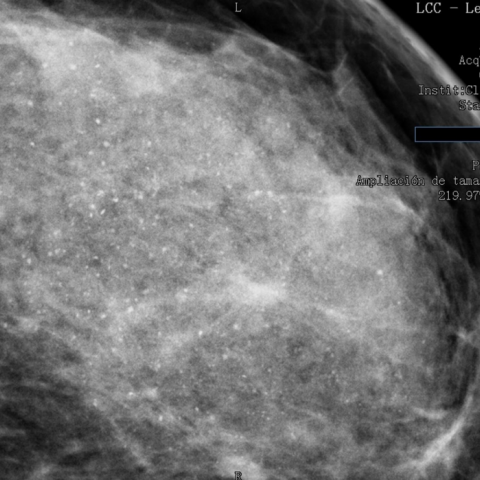 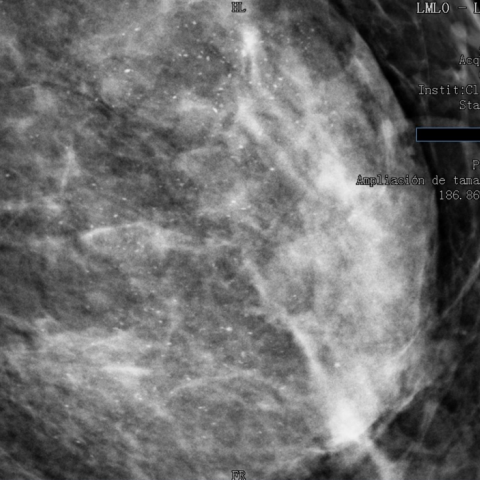 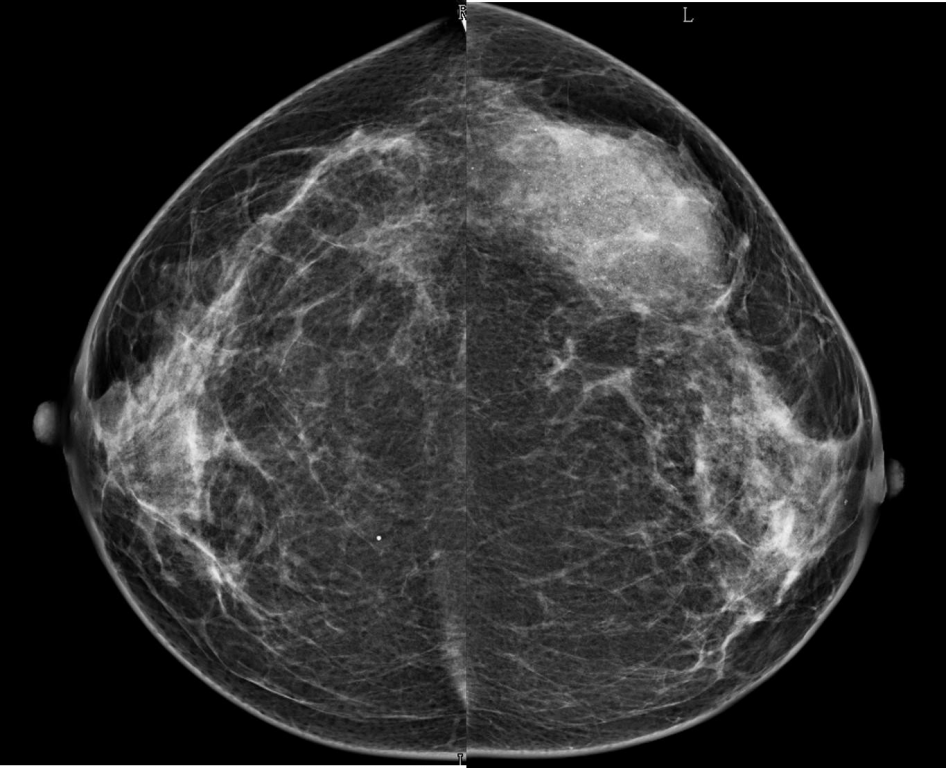 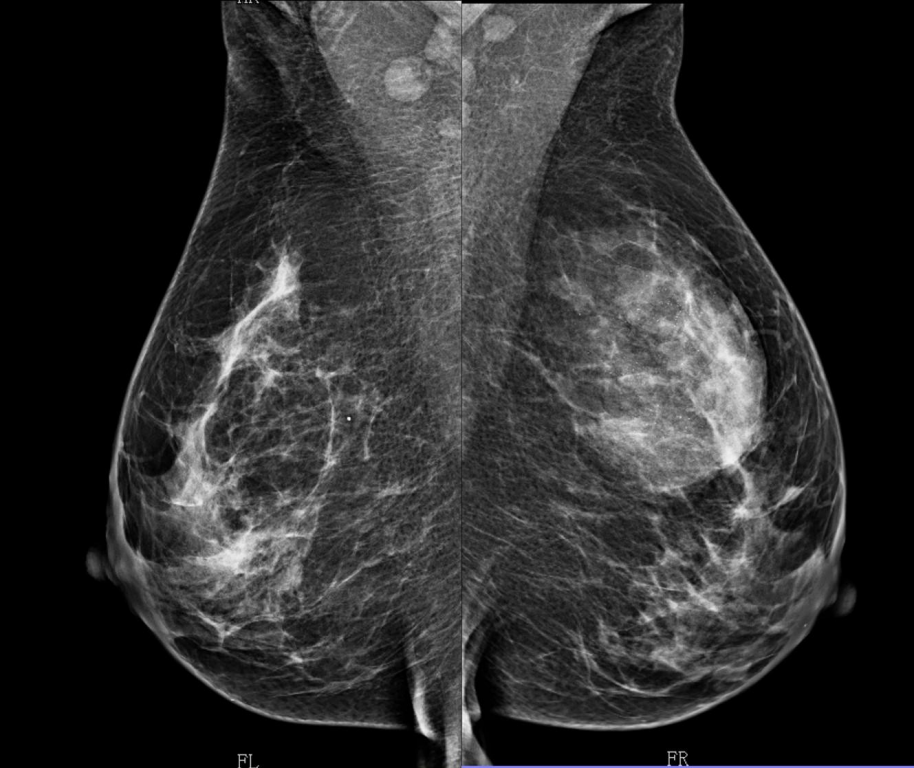 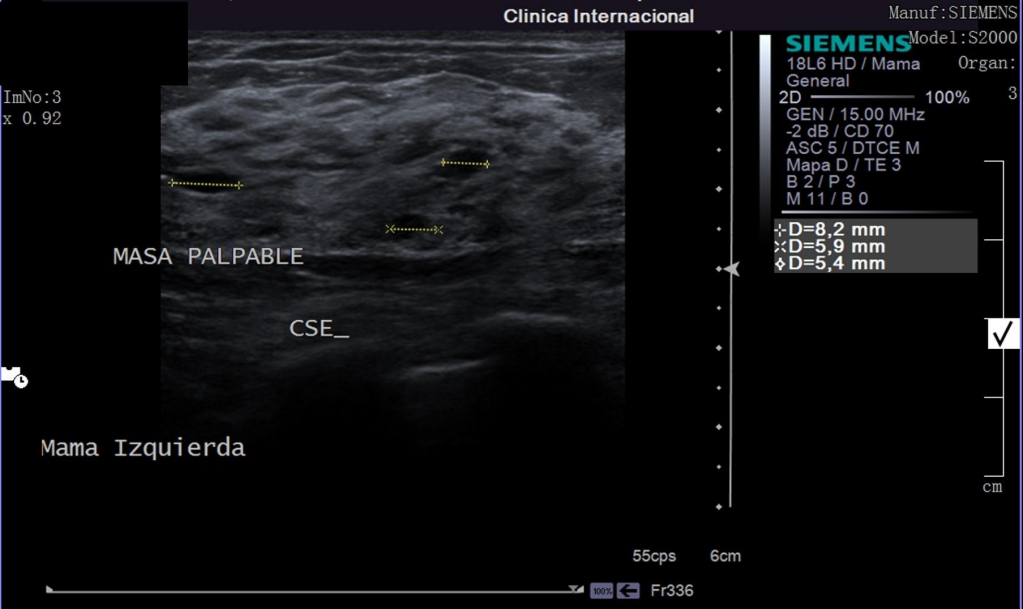 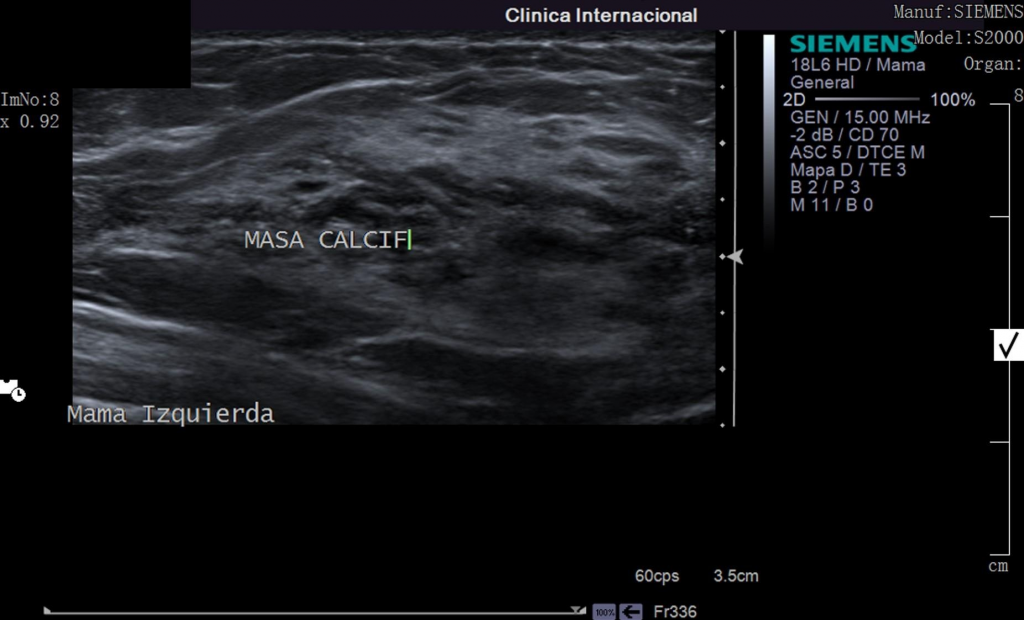 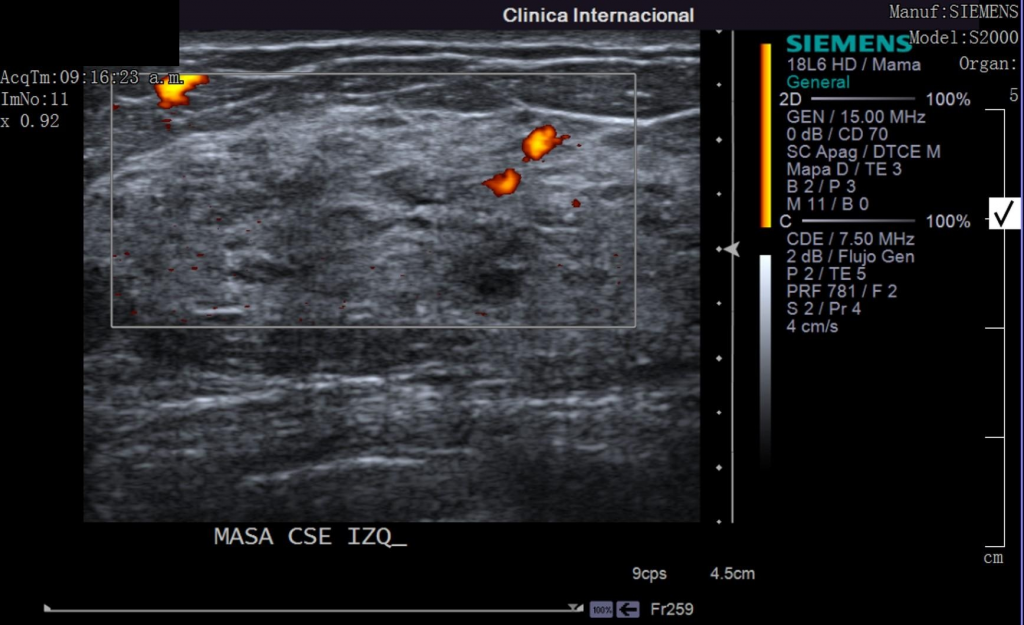 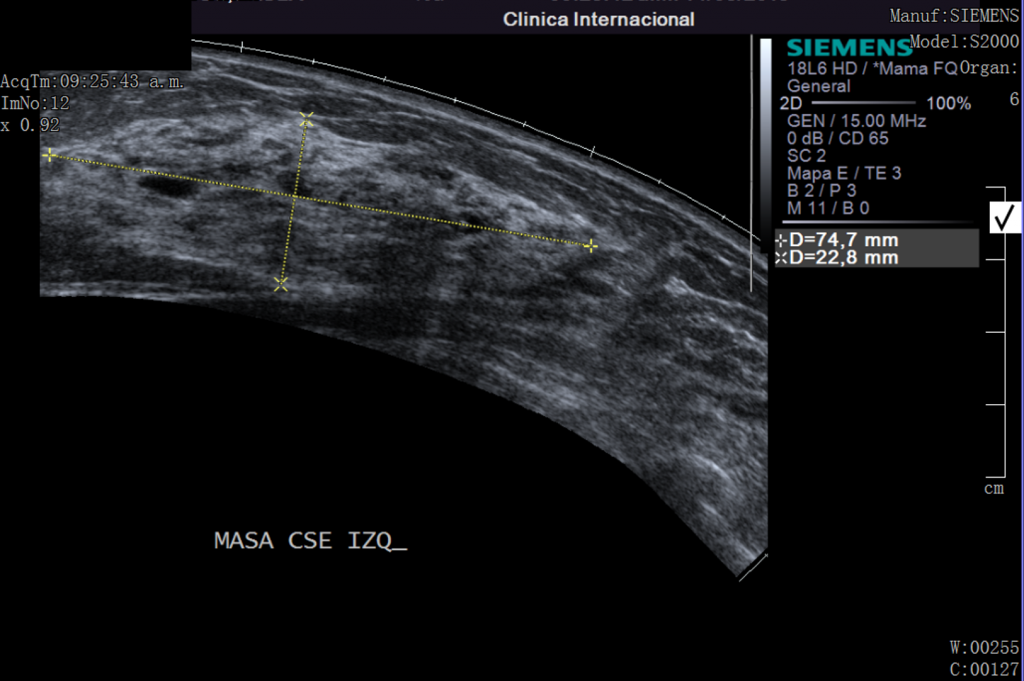 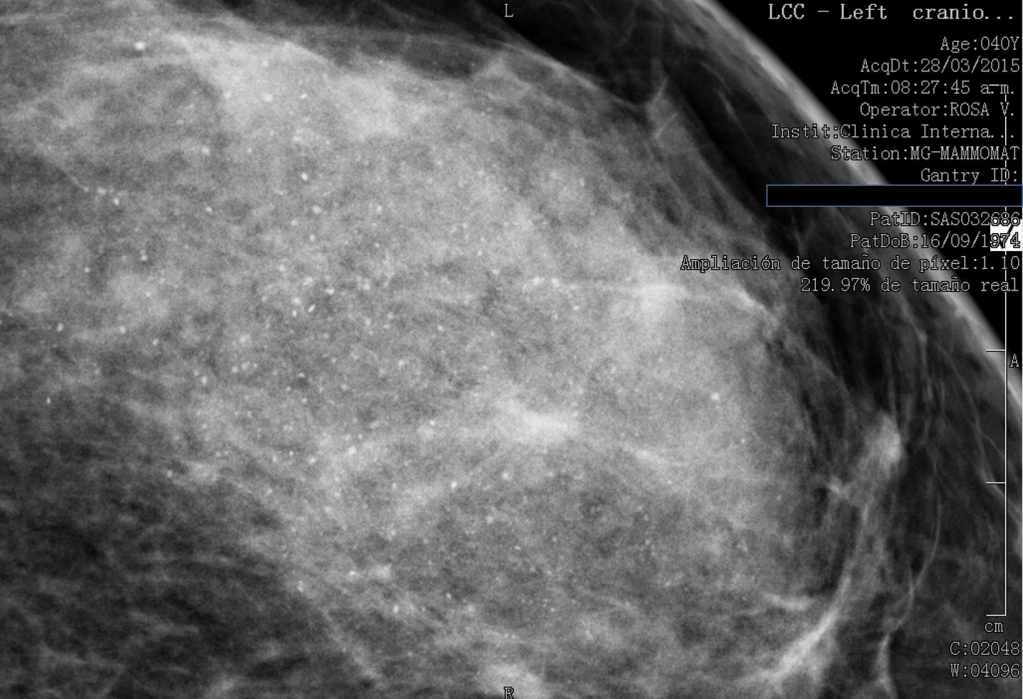 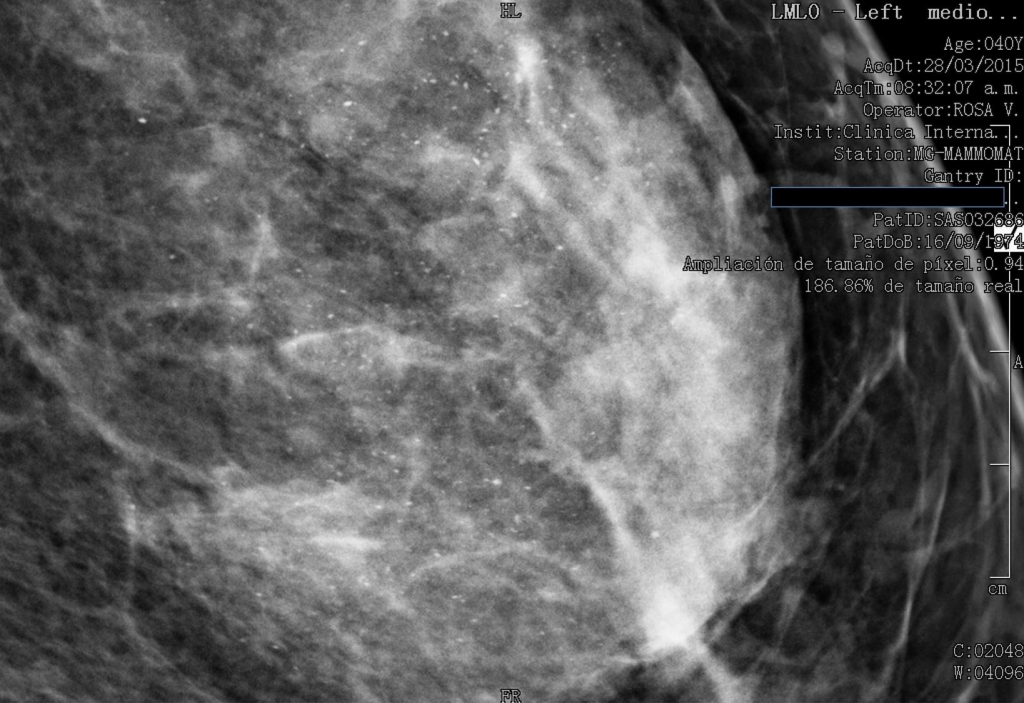