Categories
Area of Interest Paediatric ; Imaging Technique MR
Procedure Diagnostic procedure ; Special Focus Congenital ;
Show more Show less
Download as PDF Print Show related cases Notify admin
Clinical History
We present the case of a 12-month-old infant, whose parents consulted us due to the infant's short neck with decreased mobility of the cervical spine associated with psychomotor retardation.
Imaging Findings
A cerebro-spinal MRI was performed to explore the shortness and fixity of the child’s neck. The MRI showed:
*Fusion of the anterior arc of the first 3 vertebrae with agenesis of their posterior arcs associated with a reduced overall depth of the cervical vertebral bodies, left lateral cervical spine curvature and cervical spinal syringomyelia cavity [Figures 1, 2, 4].
*A butterfly aspect of the third dorsal vertebra without abnormality of the thoracic curve associated with an elevation of the right scapula [Figures 3, 4].
*Basi-occipital meningocoele through a posterior spinal canal dehiscence enlarging the foramen magnum associated with cerebellar vermis hypoplasia and ventricular dilatation, compatible with hydrocephalus [Figures 1, 5, 6].
From these findings we conclude a Klippel-Feil syndrome associated with occipitocervical meningocoele, a vermis hypoplasia, hydrocephalus and Sprengel syndrome.
Discussion
Klippel-Feil syndrome (KFS) is an unusual skeletal malformation, also known as synostosis of the cervical spine. It was reported for the first time in 1912 and its prevalence is 1 in 50 000 [1, 2].
It is due to a lack of normal cervical somite segmentation in the third and eighth weeks of gestation, but the exact aetiology is unknown [2].
Diagnosis is often based on the classical clinical triad generally present at birth: short neck, low hairline and stiffness of the cervical spine [1, 2]. However, 50% of patients do not have this triad, which leads to a late discovery through symptoms of neck pain, decreased range of motion of the neck, and radiculopathy and/or myelopathy [1, 2].
Some frequently associated abnormalities must be investigated: primarily neurological defects (brain and spinal cord), static spinal disorders, the ascent of one or two blades (Sprengel syndrome), as well as visceral malformations (genito-urinary, cardiac, respiratory and hearing) that can influence the functional and vital prognosis [3, 4].
Imaging is based primarily on standard radiographs of the cervical spine which shows the level and modality fusion of the cervical vertebrae [1, 2].
Spine CT is often helpful for 3D reconstructions for a specific balance sheet when surgical treatment is indicated.
Cerebro-spinal MRI gives a detailed study of spinal abnormalities, intraductal and any associated brain abnormalities [5, 6].
Further investigations should be carried out in search of associated visceral anomalies (Lung Rx, abdominal-pelvic ultrasound, echocardiography etc.)
The prognosis of this syndrome is variable.
Treatment is mostly symptomatic, but a healthy lifestyle should be maintained in order to prevent neurological complications due to accidents and injuries. Surgical treatment is indicated in cases of progression of neurological signs [1, 2, 7].
Imaging plays an important role in the diagnosis, the search for associated anomalies, monitoring and research of neurological complications.
Differential Diagnosis List
Klippel-Feil syndrome associated to a Sprengel syndrome and neurological abnormalities
Juvenile rheumatoid arthritis
Discitis
Post-surgical fusion
Final Diagnosis
Klippel-Feil syndrome associated to a Sprengel syndrome and neurological abnormalities
References 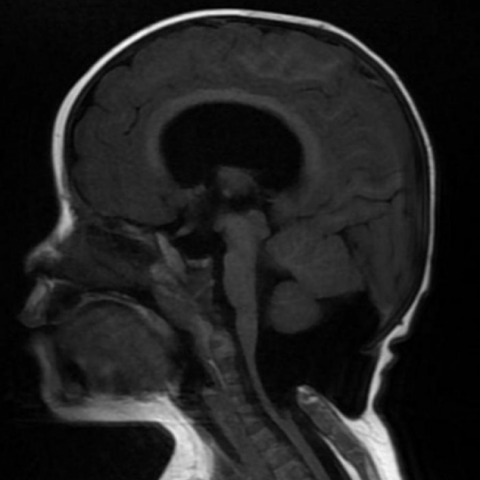 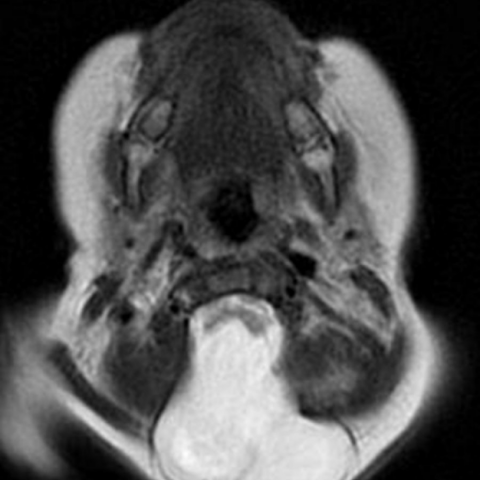 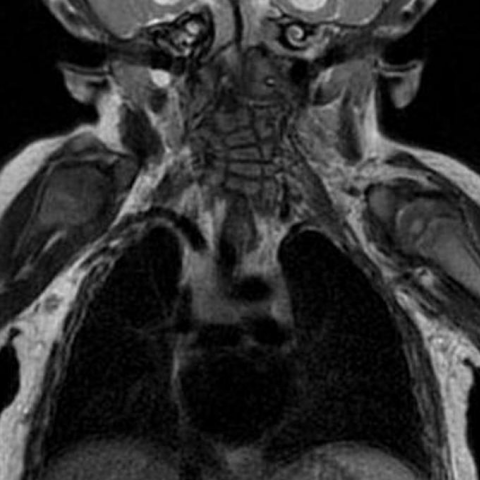 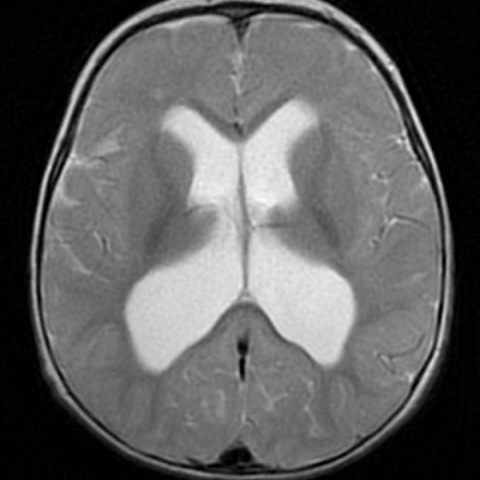 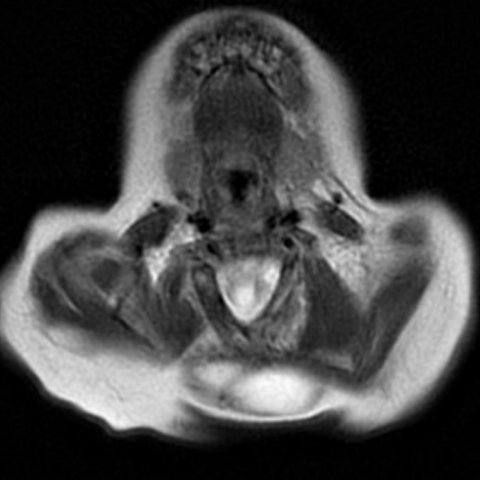 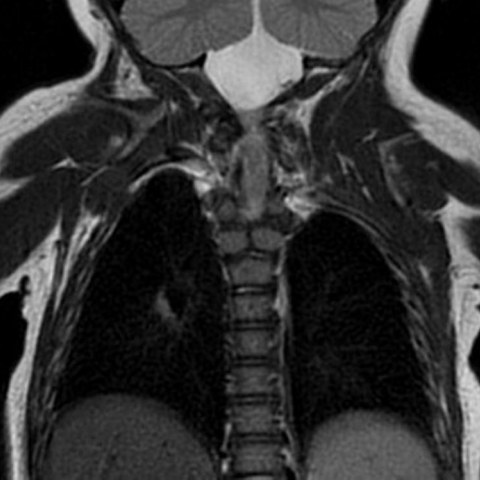 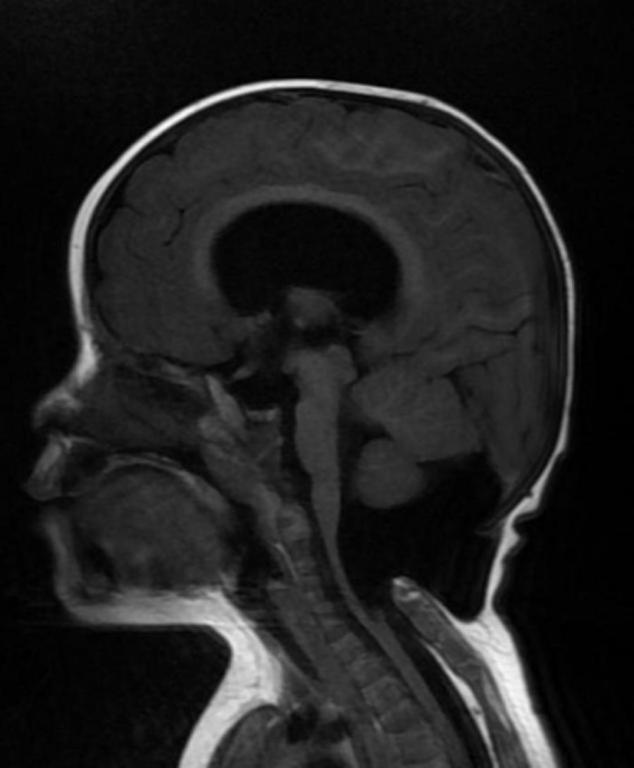 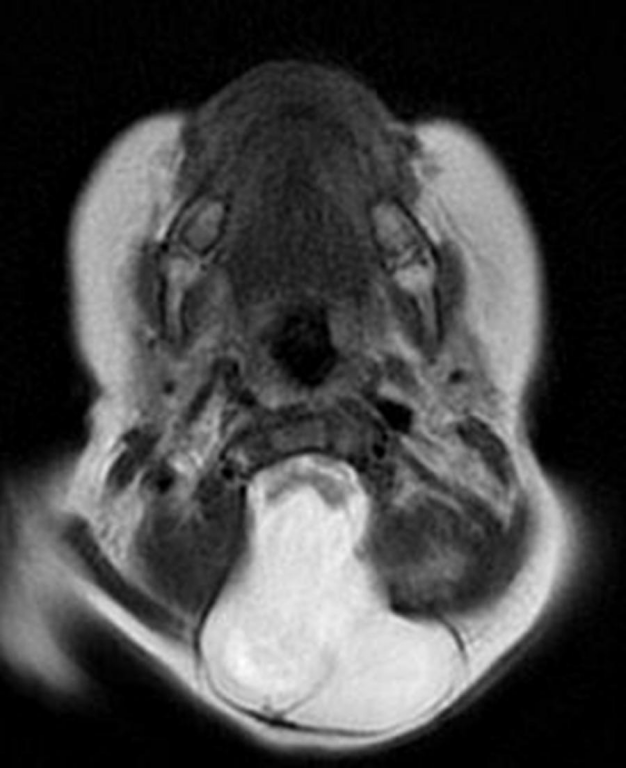 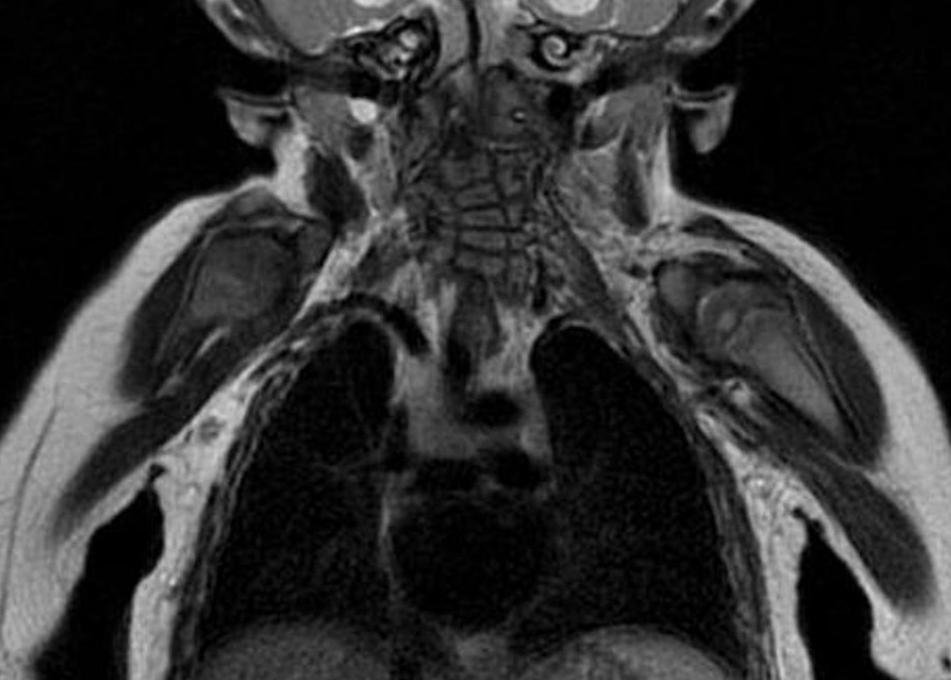 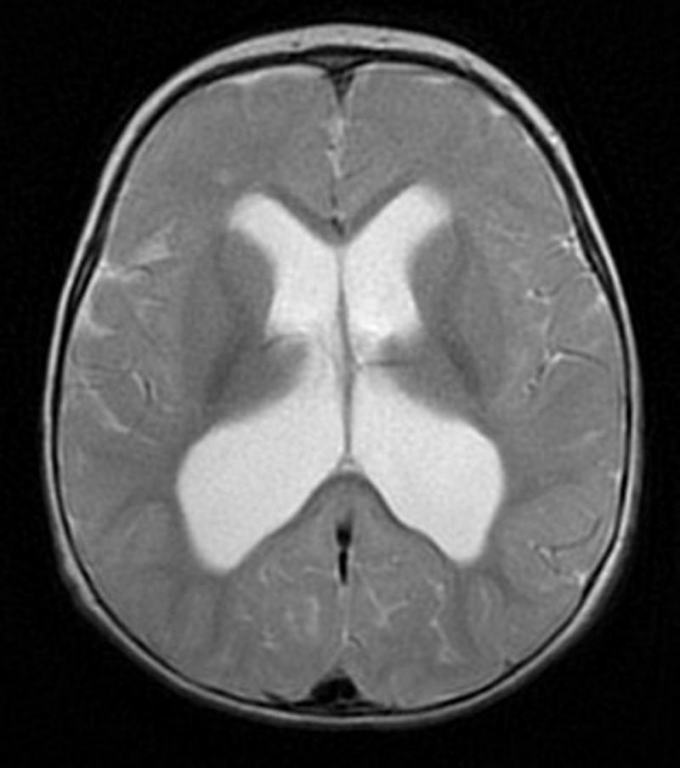 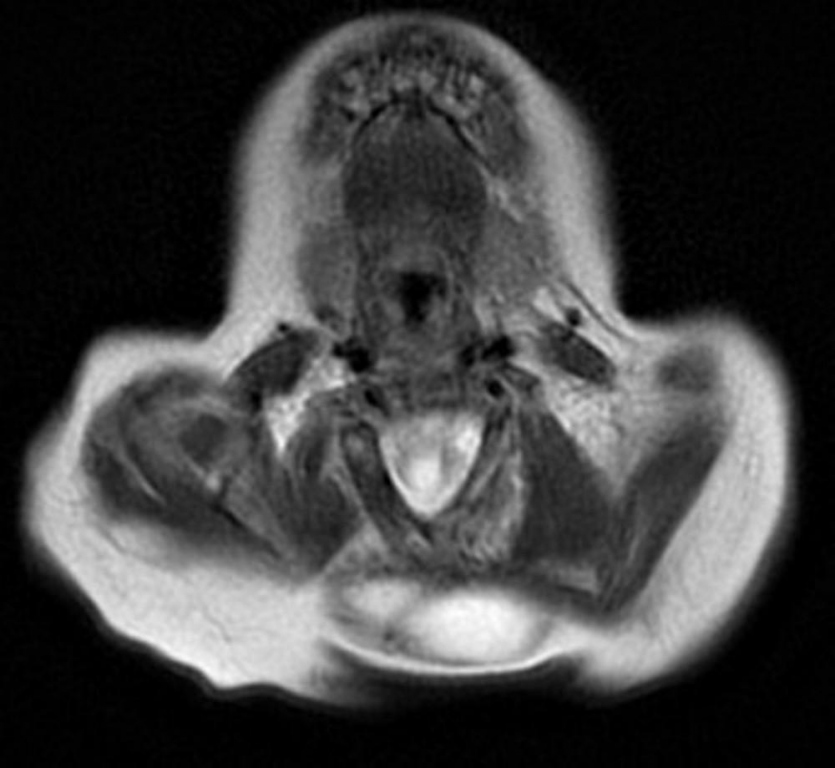 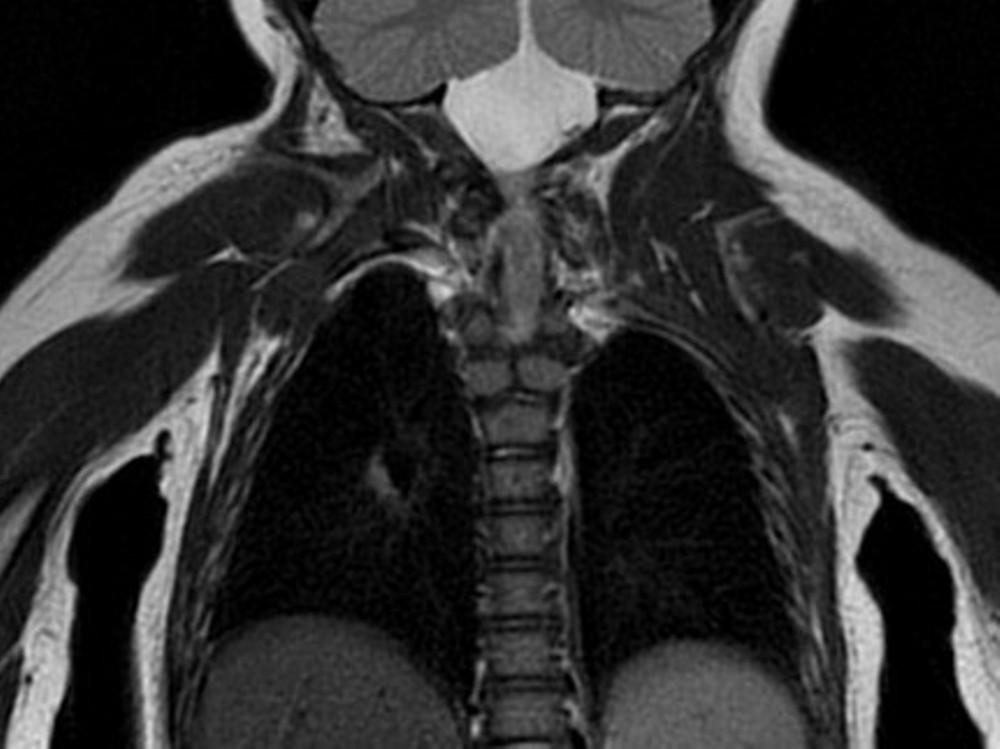