An unusual case of pneumatosis intestinalis due to acute appendicitis.

Mechanical aetiology: intestinal obstruction of any type causes the development of increased hydrostatic pressure within the bowel, resulting in mucosal damage, with air dissecting into the intestinal mucosal/submucosal layer.

The case presented in this article correlates well with the mechanical aetiologies for the development of pneumatosis. Mucosal damage due to appendicitis caused intraluminal air to dissect into the inflamed/injured appendiceal mucosa/submucosa and travel in a retrograde fashion through the small bowel into the stomach wall. This fact, coupled with stomach mucosa injury due to the placement of a nasogastric tube to decompress a distended stomach, caused intraluminal stomach air to dissect into the wall, further contributing to gastric pneumatosis.

In addition to PI, portal vein gas (HPVG) can also be seen in cases of pneumatosis. The factors that predispose to it are mucosal damage, bowel distention and sepsis. The radiographic pattern of HPVG must be differentiated from that seen in the biliary system (pneumobilia). In the former, air is seen at the periphery of the liver (centrifugal blood flow) while in the latter gas travels in a centripetal pattern and is located mostly centrally in the region of the porta hepatis. Biliary air appears predominantly in the left lobe of the liver on CT examination [2].

The most common and serious cause of porto-mesenteric venous gas is bowel ischaemia with a mortality rate of more than 75%. However, more recent articles have suggested that the clinical significance of these findings depends on the individual clinical setting in which they are observed as it may also be the result of non-ischaemic conditions which often have a more favourable prognosis without the need to perform surgery. Both ischaemic and non-ischaemic bowel ischaemia may be associated with the presence of PI [3]. 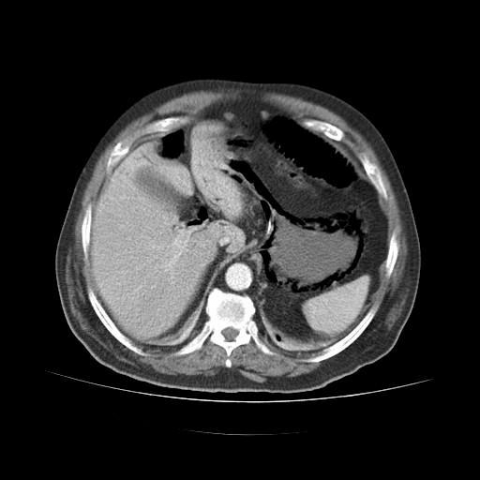 Contrast-enhanced CT demostrates multiple tubular or branched areas of decreased attenuation in the stomach. The nasogastric tube can also be seen.
Figure 2 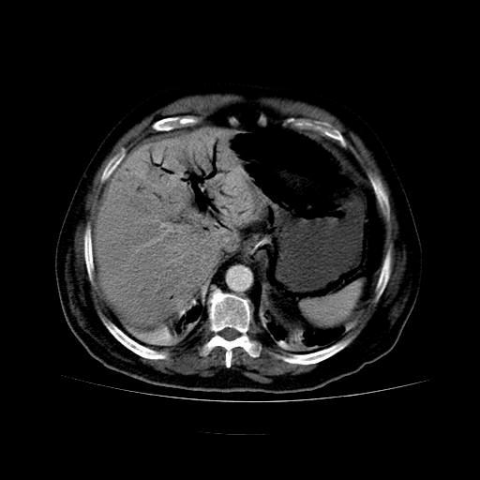 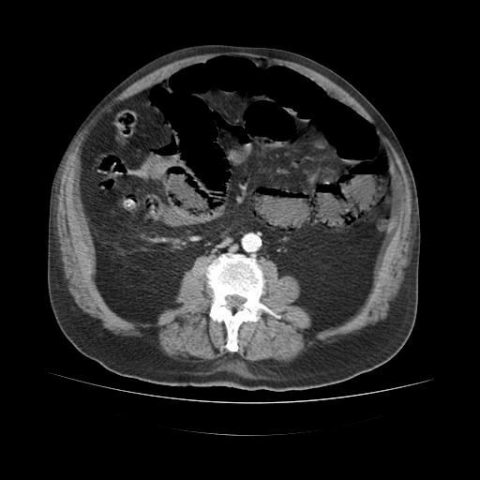 Gas in the small mesenteric veins appears as tubular or branched areas of decreased attenuation in the mesenteric border of the bowel. The appendix contains a small appendicolith. Note minimal periappendiceal fat stranding. 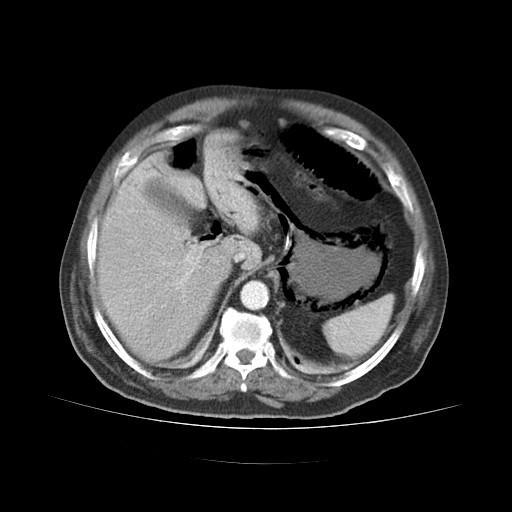 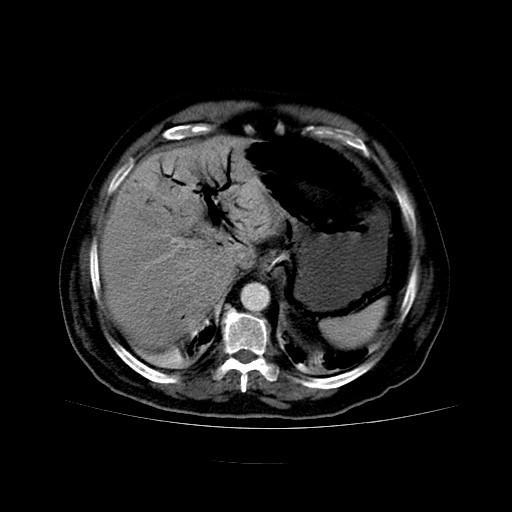 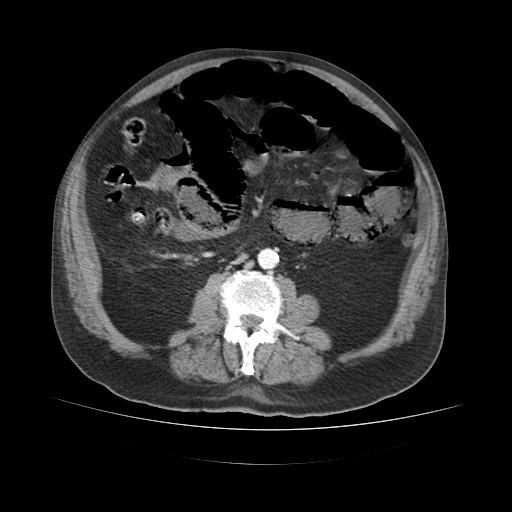