The patient was referred to the regional centre for open lung biopsy via video-assisted thoracic surgery (VATS) to characterise the bilateral lung nodules and possible primary malignancy.

Histology showed diffuse idiopathic pulmonary neuroendocrine hyperplasia (DIPNECH) (Fig. 6, 7).
Discussion
DIPNECH is a diagnosis of exclusion and is increasingly being recognised as a cause for multiple lung nodules, which were histologically confirmed in our case. Chronic cough in a female patient is the usual clinical scenario for DIPNECH [3].

Imaging showing small airway disease and lung nodules, which are present for a long time, should raise the possibility of an alternative diagnosis in a patient with no known malignancy.

Further imaging with octreotide/MIBG imaging is possible but probably not an established practice.

Histology confirmation is the gold standard. In this case pathology showed neuroendocrine cell hyperplasia within small airways and several carcinoid tumourlets present in a bronchiolocentric distribution and fibrosis. This was confirmed by positivity for neuroendocrine immunohistochemical markers (CD56, synaptophysin and chromogranin) and TTF1.

This is an important diagnosis to make as it is a precursor to lung carcinoid tumourlet, but currently there are no established guidelines for follow-up and treatment strategies vary, ranging from medical management with inhalers to lung transplant [4].

Take home message from this case is that in cases where multiple lung nodules are not secondaries from a known primary, a review of all old imaging and histology confirmation with biopsy could change things for the patient for the better.
Differential Diagnosis List
Diffuse idopathic pulmonary neuroendocrine hyperplasia (DIPNECH)
Lung metastases
Hypersensitive pneumonitis
Final Diagnosis
Diffuse idopathic pulmonary neuroendocrine hyperplasia (DIPNECH)
References 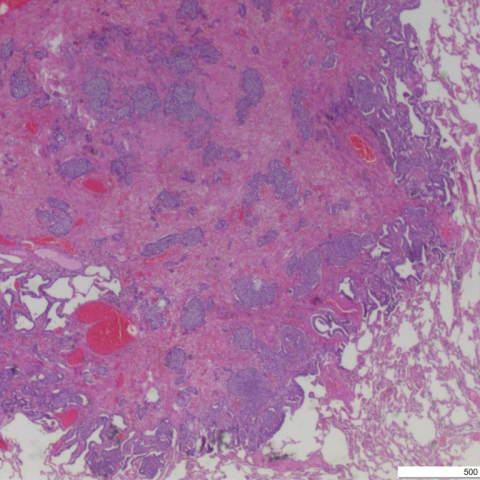 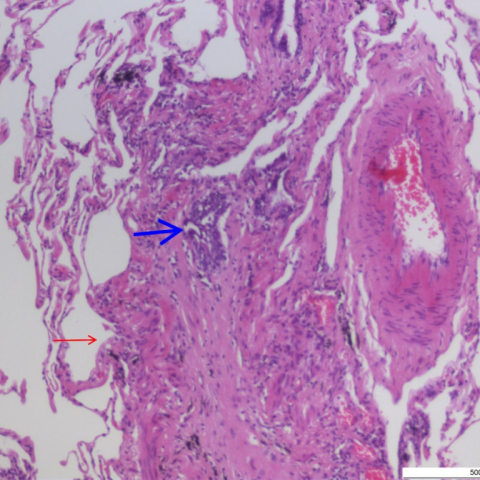 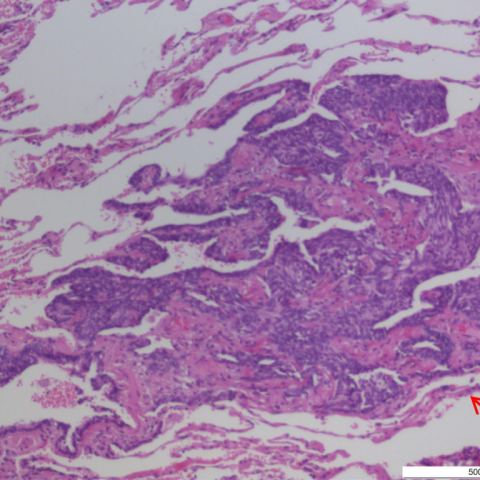 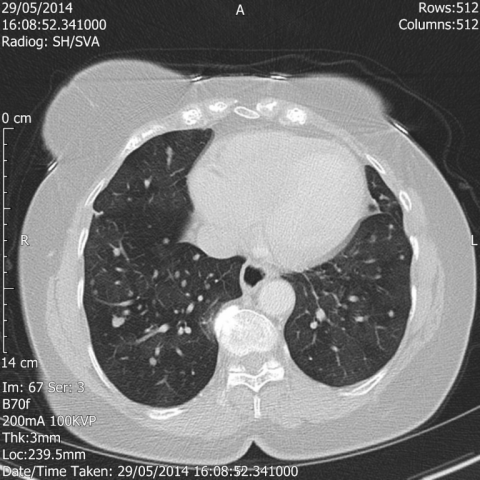 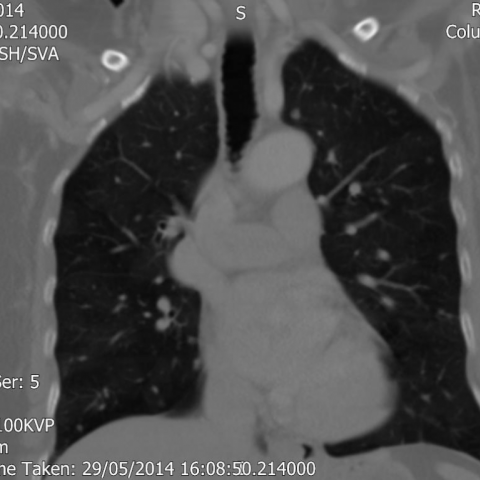 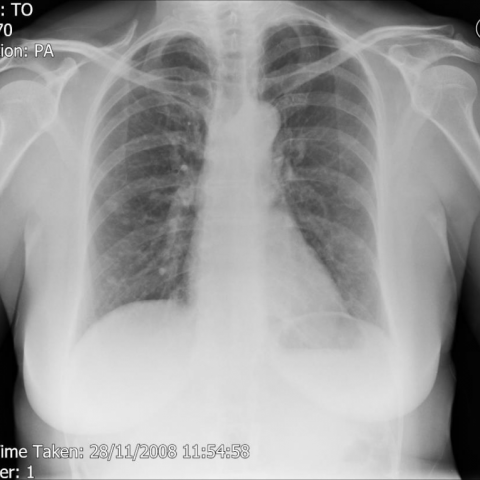 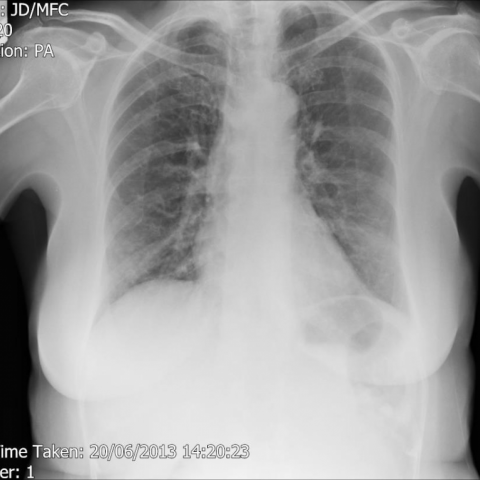 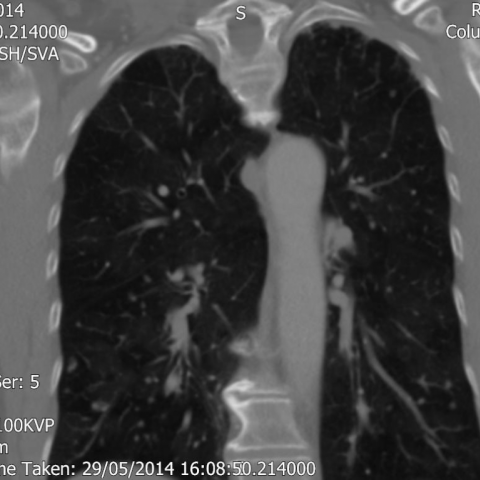 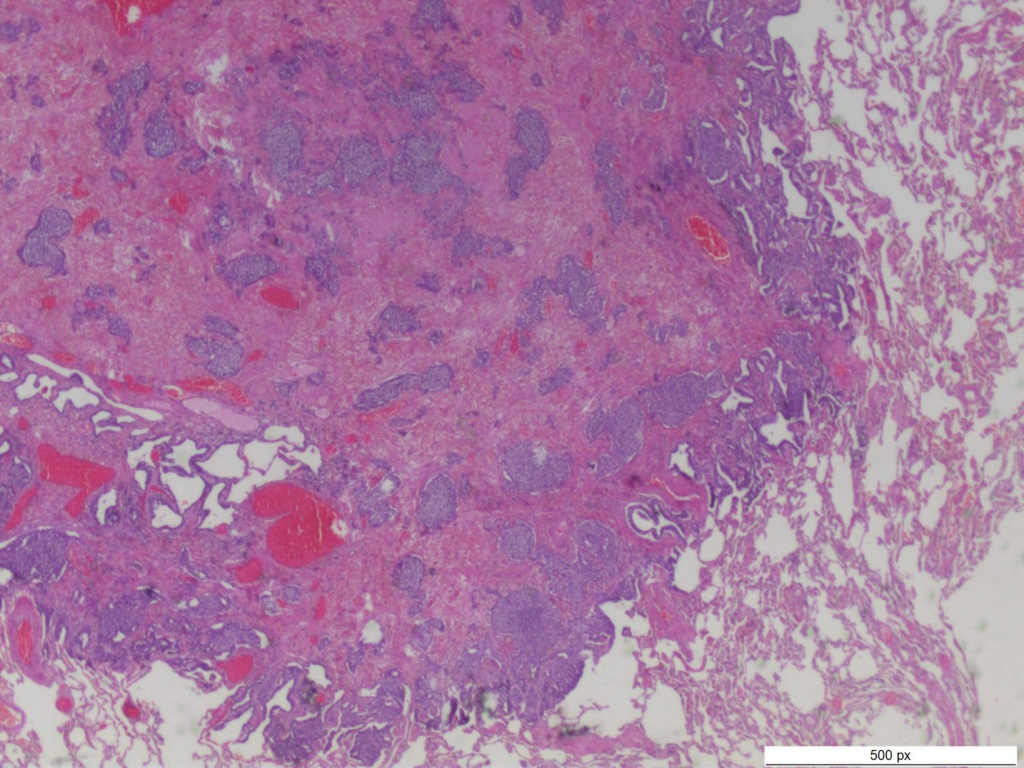 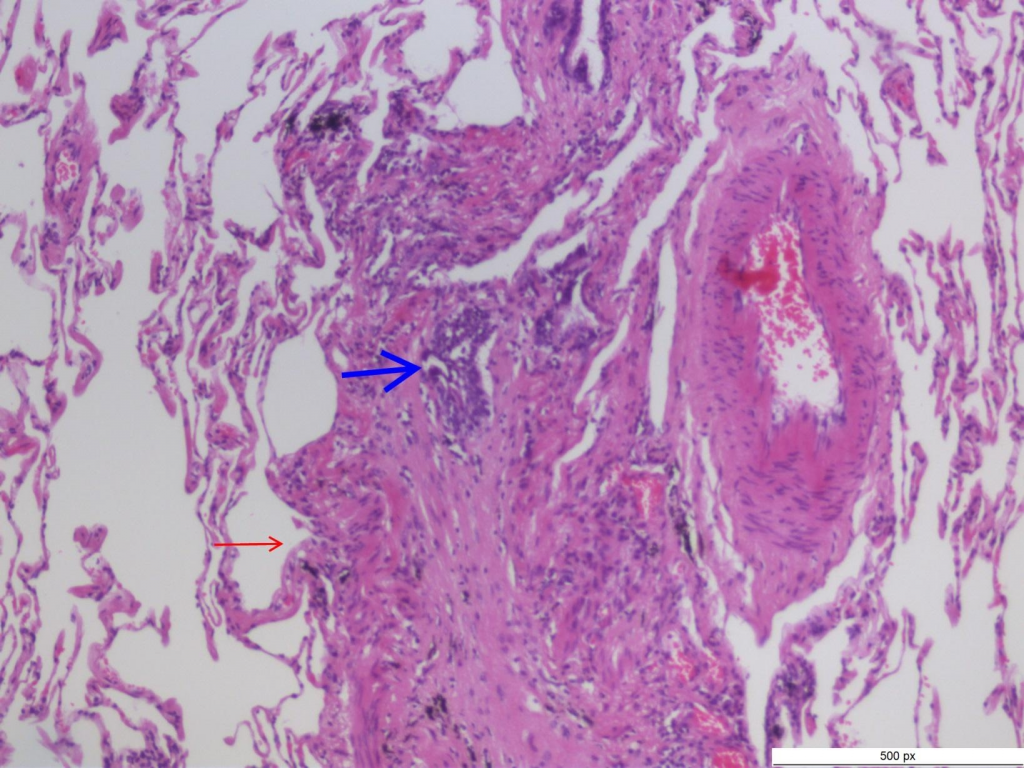 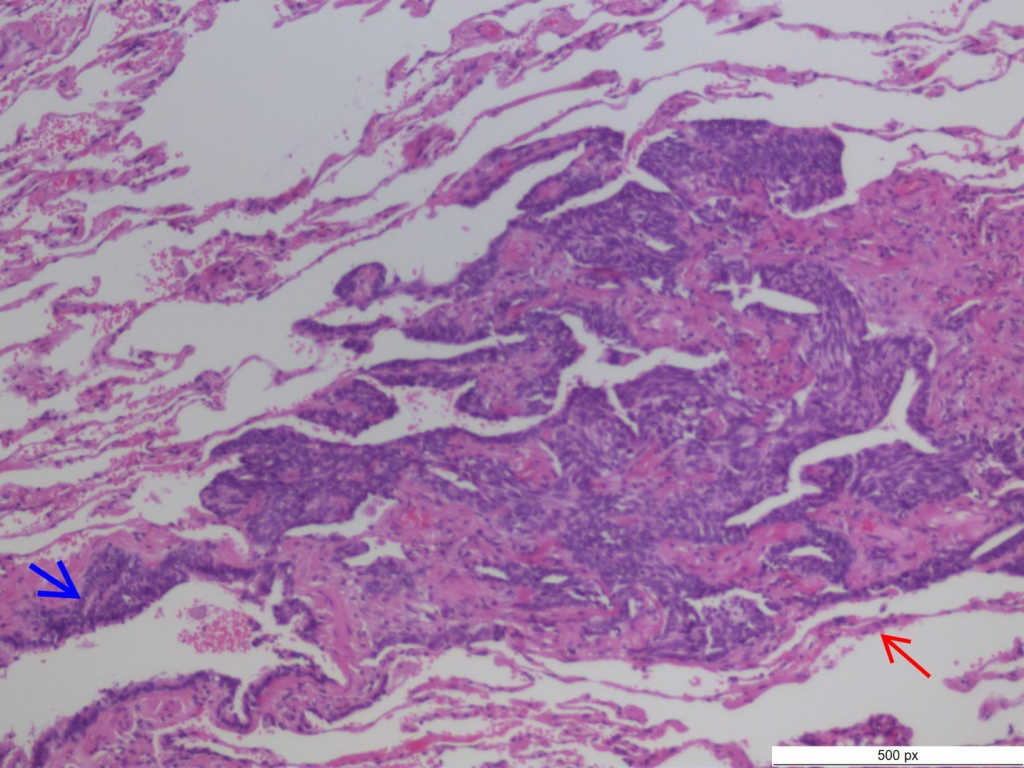 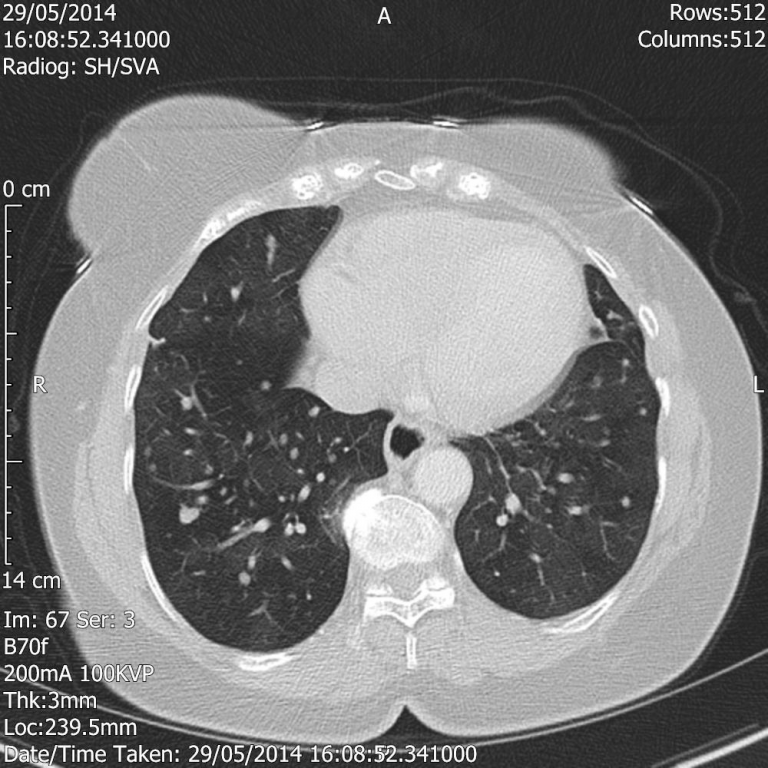 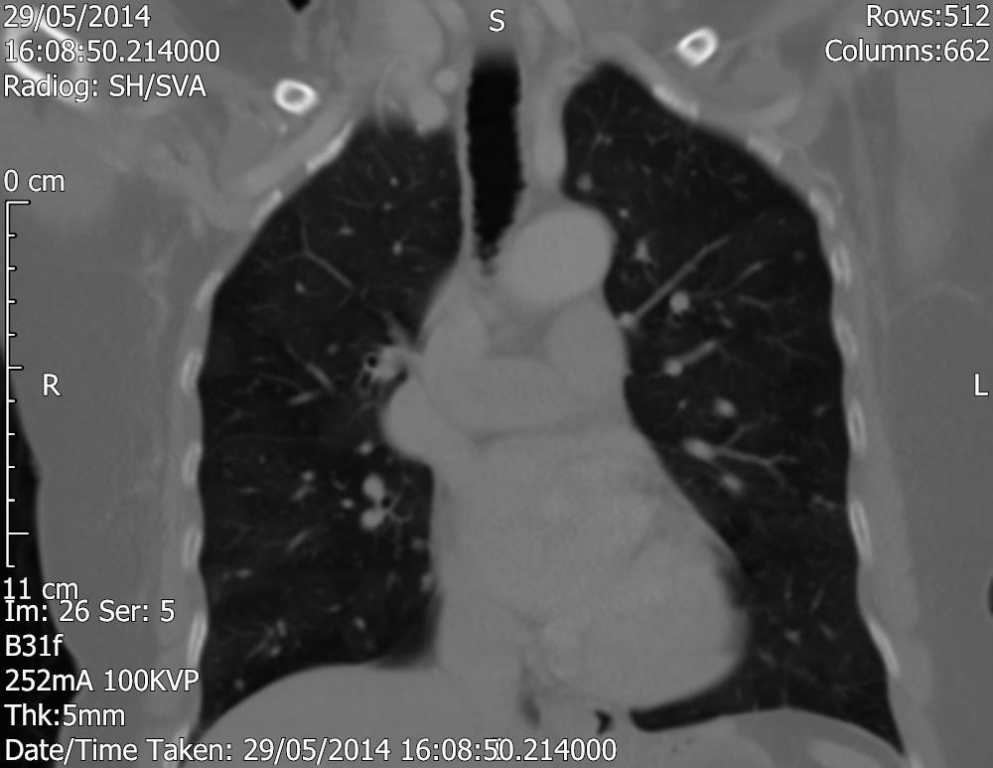 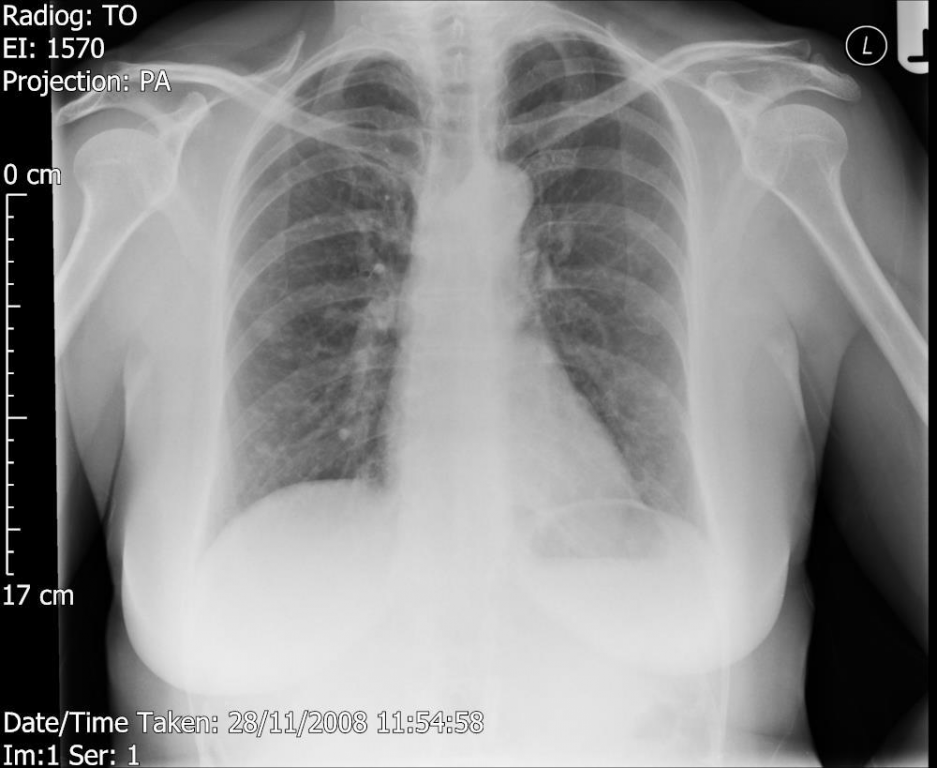 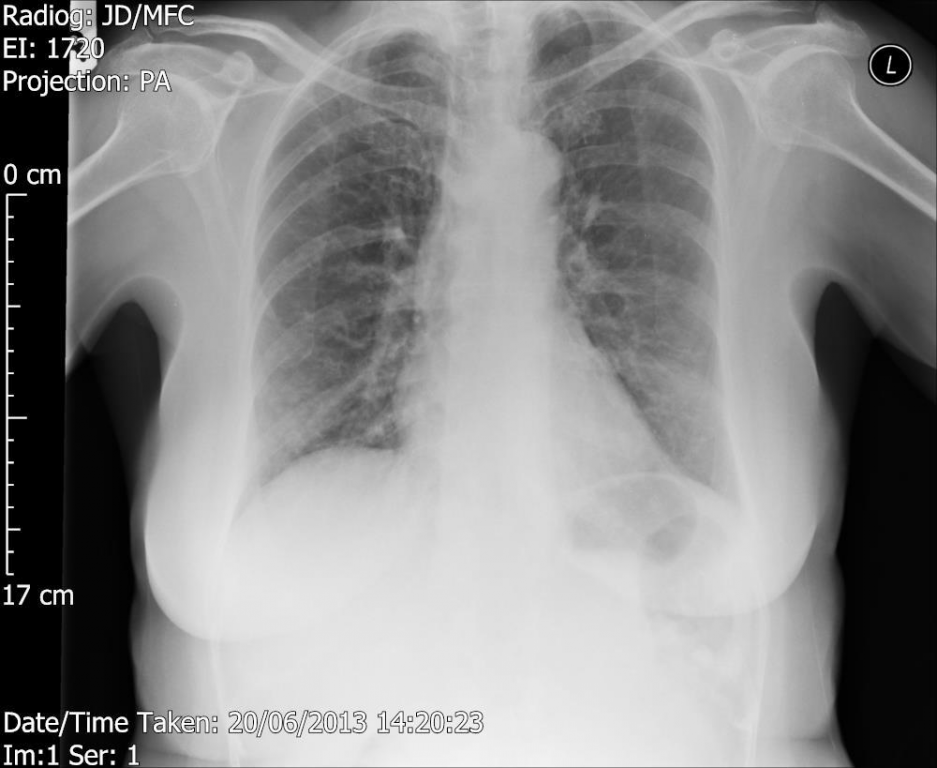 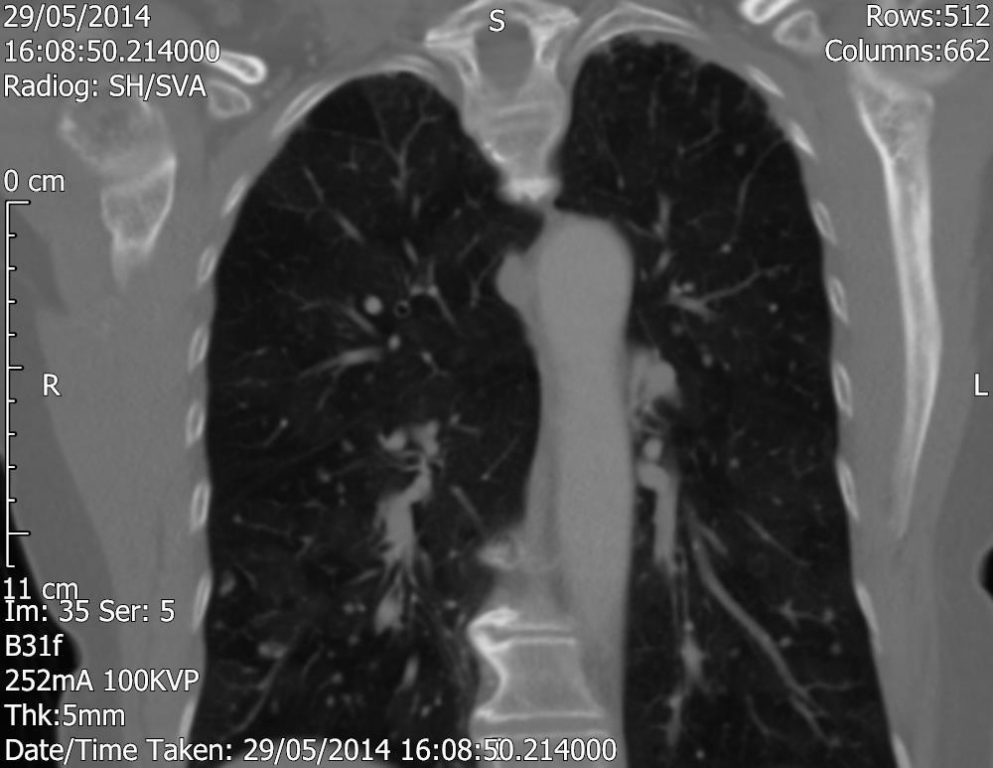