On histopathology, the masses are multiloculated cysts with walls composed of dense fibrous tissue and containing a viscous semifluid suspension of calcium triphosphate or carbonate salts in albumin [2].

The diagnosis of tumoral calcinosis is one of exclusion [3].

On MR imaging two distinct patterns have been observed (a) a diffuse, lower-signal-intensity pattern or (b) a bright, nodular pattern with alternating areas of high signal intensity and signal void [1].

In our case, “bright nodular pattern” was observed which can be explained by high signal intensity of the supernatant fluid on T2 weighted images while the calcium sediment produces a low signal intensity [3]. The isointensity to hypointensity of the septae on T1 and T2 weighted images with blooming on Gradient sequences could be explained by the calcium incrustations along the inner layers [3]. Marked enhancement of the septae and capsule is due to the connective tissue with varying degrees of vascularization and inflammatory reaction [3].

Pseudo-tumoral appearance of enhancing areas, which are hypointense on T1 weighted images and heterogenous signal intensity on T2 weighted images with marked post-contrast enhancement could be due to collapsed cyst walls [3].

In conclusion, tumoral calcinosis is a rare benign entity occurring due to phosphate metabolic dysfunction, resulting in large soft tissue masses with areas of calcification predominantly along the extensor aspects of large joints.

MR imaging is useful to demonstrate the location, extent and relationship of the calcifications with adjacent structures. MR imaging may show unusual signal characters like heterogeneous hyperintensity of the cysts & intensely enhancing pseudo-tumoral areas and septae which can be mistaken for other conditions. 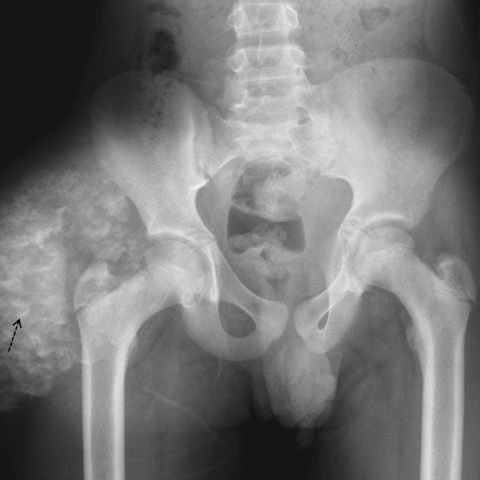 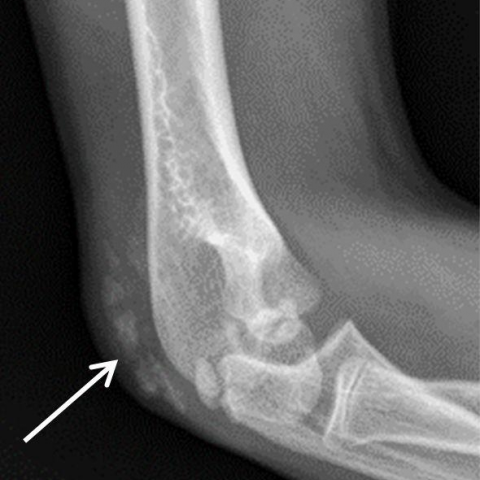 Soft tissue swelling with areas of globular calcification along the extensor aspect of the elbow joint [arrow].
Figure 3 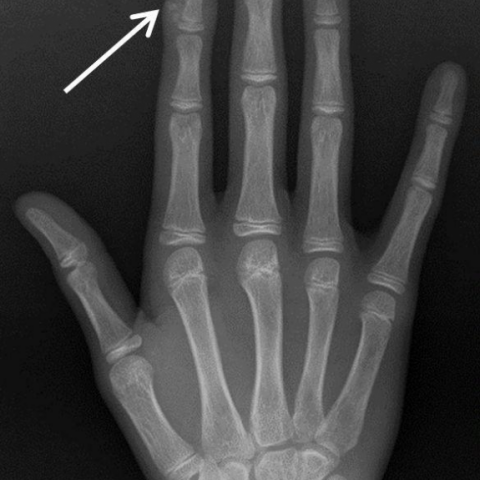 Soft tissue swelling with areas of calcification adjacent to the terminal phalanx of 1st digit on its radial aspect [arrow].
Figure 4 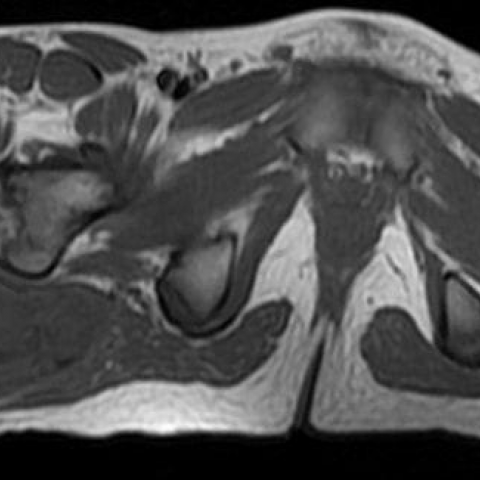 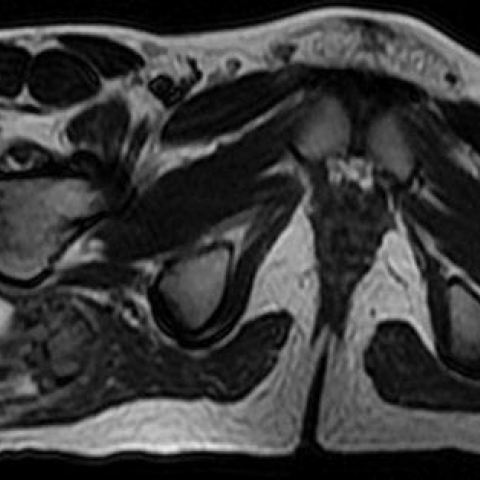 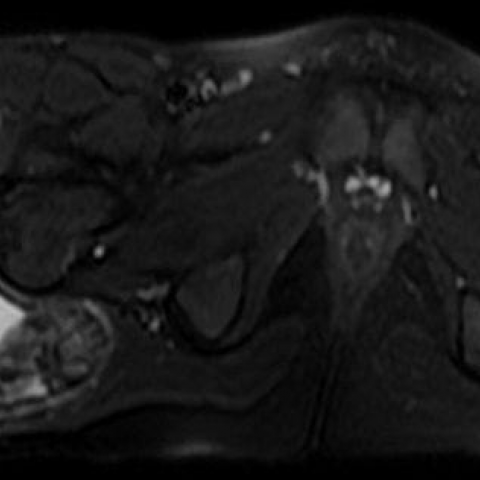 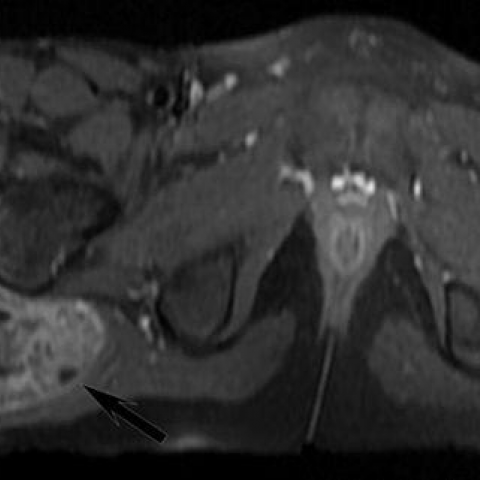 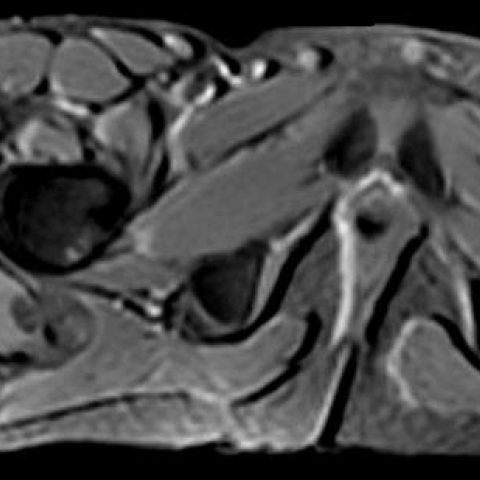 Areas of intense septal blooming [arrow] are seen within the mass. 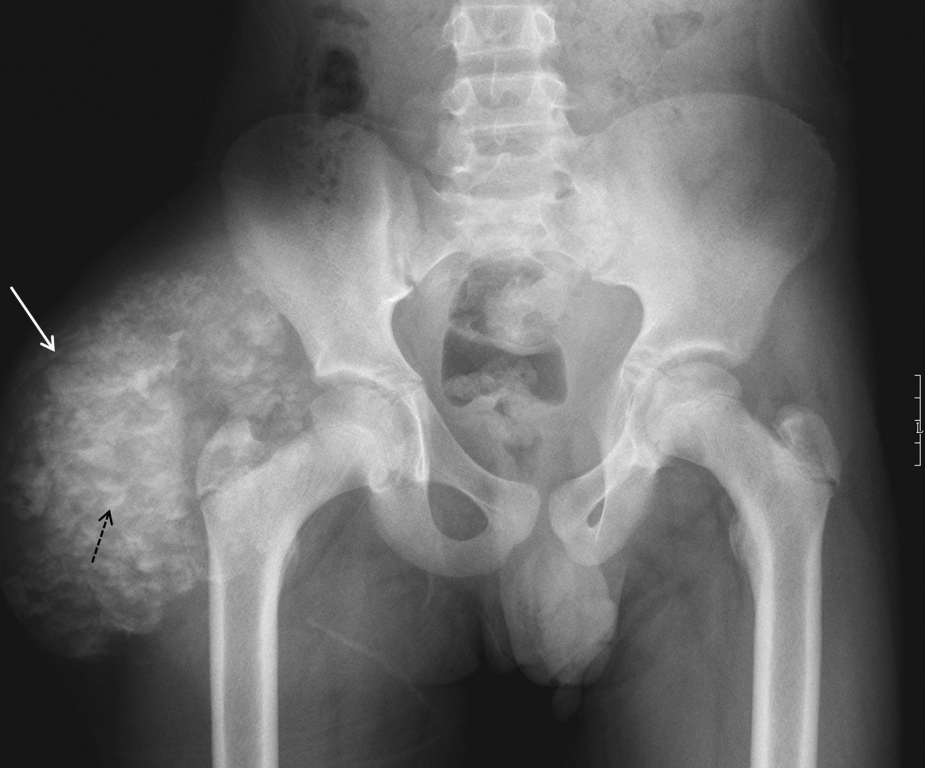 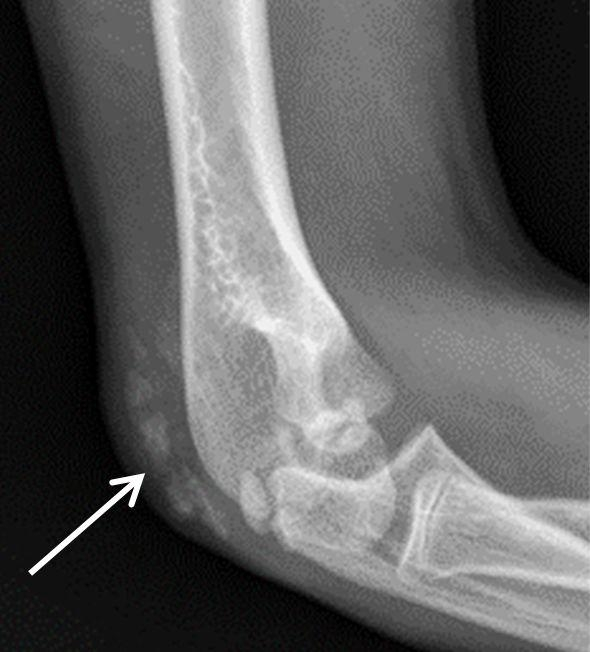 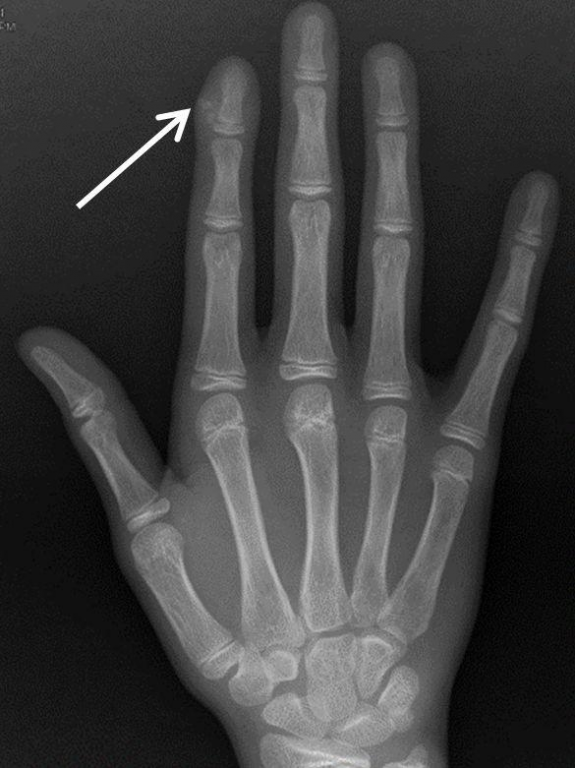