Categories
No Area of Interest ; Imaging Technique MR, MR, MR ;
No Procedure ; No Special Focus ;
Show more Show less
View full case Show related cases Notify admin
Clinical History
A 32-year-old male patient, who was treated for pulmonary tuberculosis 17 years ago, presented with back pain, stiffness, and paraplegia developing within the last several months.
Differential Diagnosis List
Log in to take the quiz and to see the final diagnosis
Tuberculous spondylitis (Pott's disease)
Imaging Findings
A 32-year-old male patient, who was treated for pulmonary tuberculosis 17 years ago, presented with back pain, stiffness, and paraplegia developing within the last several months. An MRI study has been performed on a 1.5 T MR scanner, with SE T1, fat-suppressed SE T1, FSE T2, post-gadolinium SE T1 weighted on three orthogonal planes. MRI study revealed that lumbar vertebrae L4 and L5, and sacral vertebra S1 and adjacent intervertebral discs were involved with a destructive process, associated with left-dominant bilateral anterior paravertebral (psoas) and epidural abscesses.
Discussion
Tuberculous spondylitis (Pott’s disease) is characterized by destruction of vertebral bodies and adjacent intervertebral disks by mycobacterium tuberculosis. The spine is the most frequent site of osseous involvement in tuberculosis, which constitutes about 1 % of patients with tuberculosis and 25-60 % of patients with osseous tuberculosis. Pott’s disease can be seen in any age group, and there is slightly increased predilection for males. The elderly, immuno-compromized patients, drug addicts, and the patients with AIDS are more affected with the disease. Clinically there is an insidious onset of back pain and stiffness, with local tenderness. Pulmonary lesions are not seen at the time of Pott’s disease in about 50 % of the patients. Mortality rate changes in between 26 to 30 %. A high degree of clinical suspicion and familiarity with the various radiologic manifestations of tuberculosis allow early diagnosis and timely initiation of appropriate therapy, thereby reducing patient morbidity. Upper lumbar and lower thoracic spine is the most frequently involved site, often with three or more contiguous vertebrae involved. L1 vertebra corpus is the most common site for Pott’s disease. An anterior predilection is seen in the vertebral body in 82 % of the cases. The disease process begins in the anterior part of the vertebral body, adjacent to either the superior or inferior end-plates. The infection spreads to involve the adjacent disk spaces by extension beneath the anterior or posterior longitudinal ligament, or by penetration of the subchondral bone plate. Involvement of the disk manifests as collapse of the intervertebral disk space. Demineralization of the end plates occurs with resorption and loss of dense margins. With progression of disease, there is development of progressive vertebral collapse with anterior wedging, leading to the characteristic angular kyphotic deformity and gibbus formation. Extension of tuberculosis from the vertebra and disk to adjoining ligaments and soft tissues is seen frequently and usually occurs anterolaterally. Subligamentous extension of a tuberculous abscess can be seen as erosive scalloping of the anterolateral surface of the vertebral bodies (called gouge defect) even distant from the primary site of involvement. Paravertebral abscesses form early and are easily seen in the thoracic region as posterior mediastinal masses. Paravertebral psoas abscess in the lumbar spine can produce significant paraspinal soft tissue opacity. The psoas abscess may even extend into the groin. Psoas abscesses may reveal amorphous or tear-drop shaped calcifications in late stages of the disease. Both computed tomography and magnetic resonance imaging are helpful in demonstrating above mentioned changes and diagnosing tuberculous spondylitis. The most important differential diagnosis is pyogenic spondylitis. Other entities that may mimic tuberculous spondylitis include vertebral body metastases, sarcoidosis, primary vertebral neoplasm (lymphoma, multiple myeloma, chordoma), and rare spinal infections such as brucellosis, fungal disease, and echinococcosis. Pyogenic spondylitis is characterized by rapid destruction, multiple abscess cavities, little new bone formation, however thickening or calcification of abscess rim and posterior element involvement are not associated. Multiple vertebral involvement which is characteristic for Pott’s disease is not observed in the case of pyogenic spondylitis. Metastases are characterized by multiple noncontiguous lesions, little soft tissue involvement, but disk destruction is not observed. Complications of Pott’s disease are angular kyphosis (called gibbus deformity), scoliosis, ankylosis, osteonecrosis, paralysis (due to spinal cord compression from epidural abscess, granulation tissue, bone fragments, or arachnoiditis). Antituberculous medical treatment and surgical interventions are the therapeutic options, depending on the stage of the disease.
References 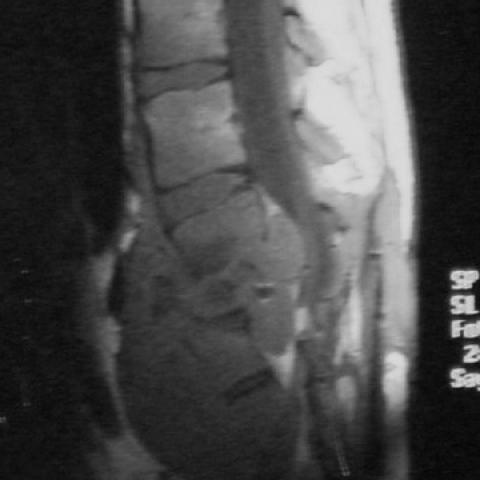 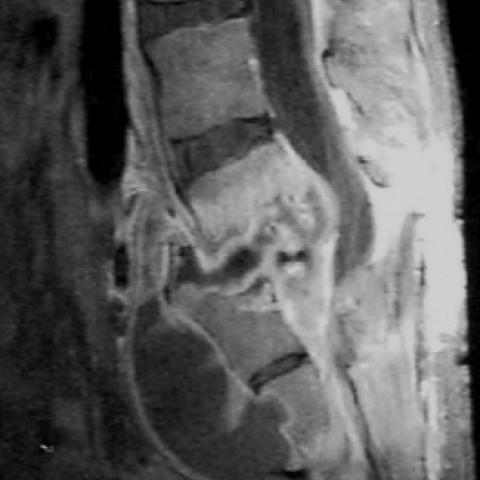 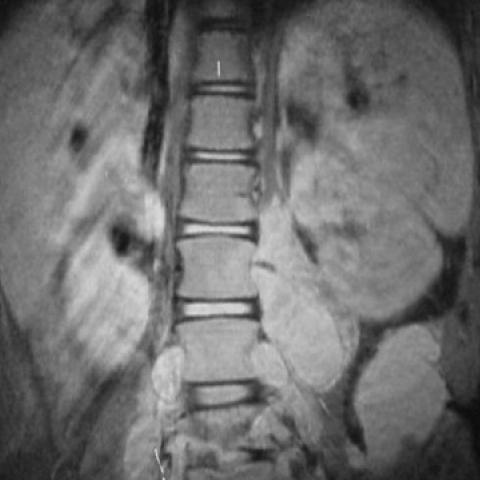 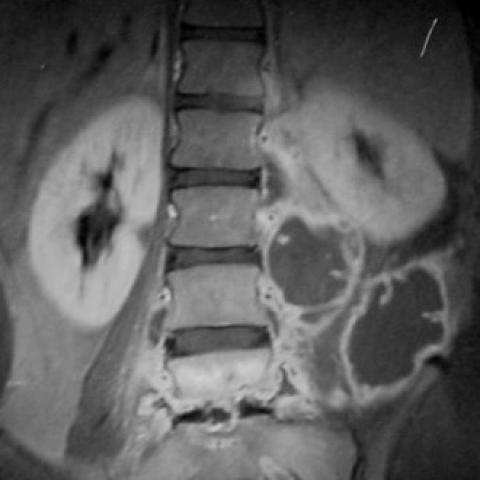 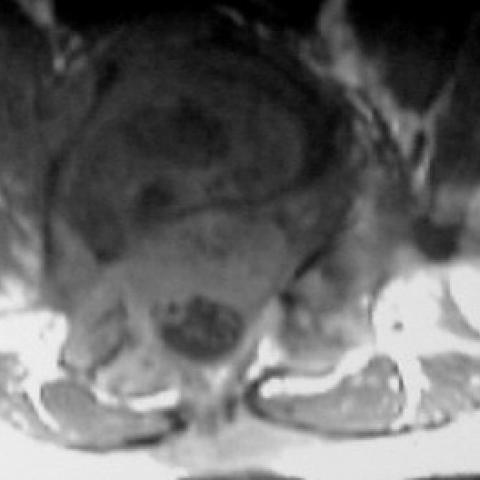 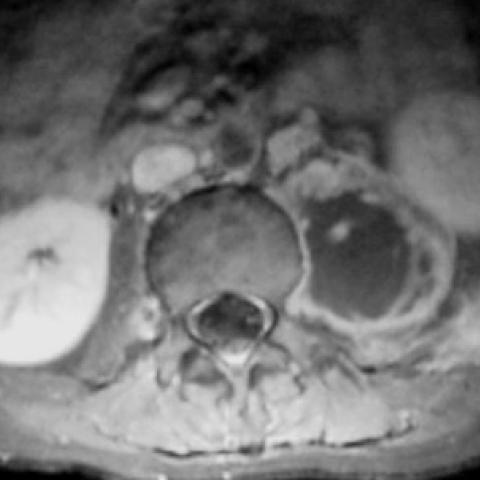 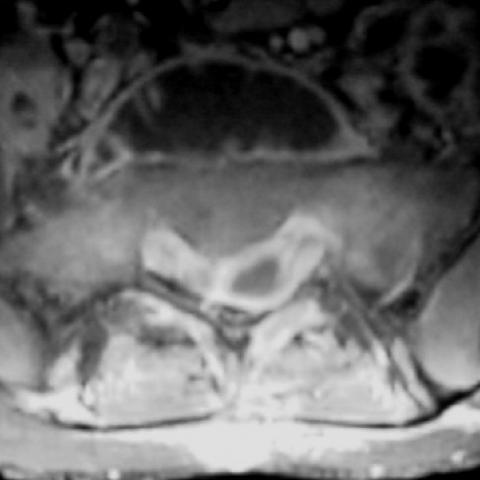 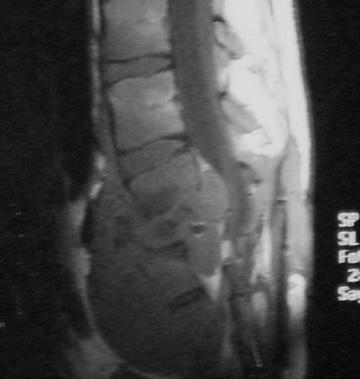 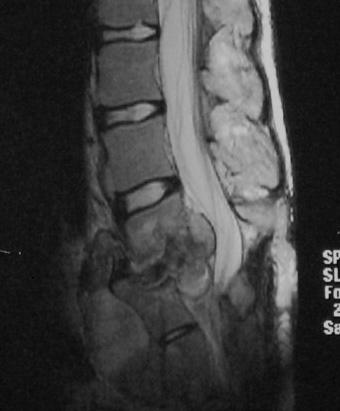 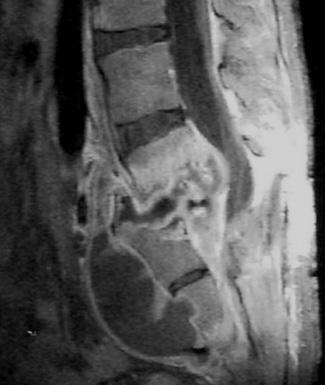 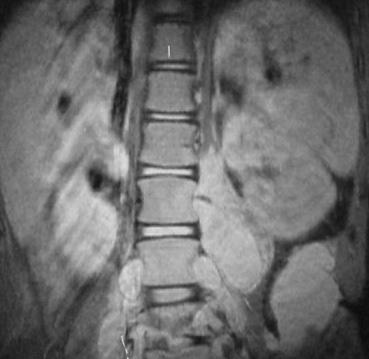 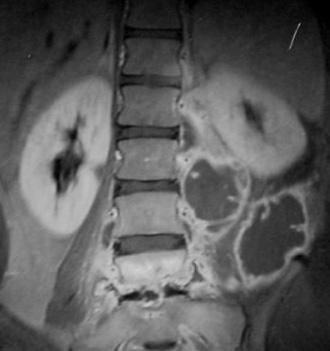 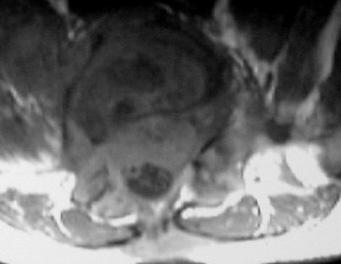 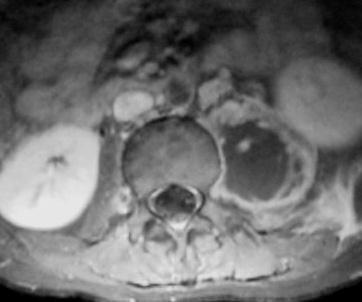 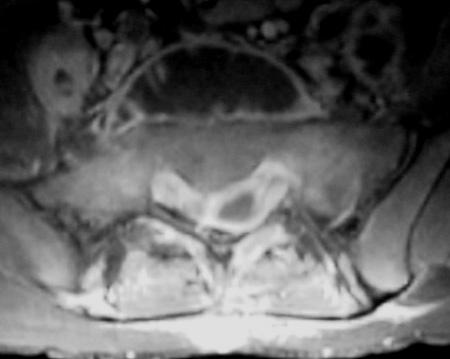