Categories
Area of Interest Breast ; Imaging Technique Mammography, Ultrasound
Procedure Computer Applications-Detection, diagnosis, Imaging sequences, Diagnostic procedure ; Special Focus Genetic defects, Neoplasia ;
Show more Show less
Download as PDF Print Show related cases Notify admin
Clinical History
This 57-year-old woman came for routine mammographic screening. She was asymptomatic and was not on any medications. There was no family history for breast cancer.
Imaging Findings
The first round of screening mammograms showed dense glandular background breast tissue. Craniocaudal (CC) views show well-defined rounded densities predominantly in the right breast. Mediolateral oblique (MLO) views showed well-defined densities which extended beyond the breast tissue and were more obvious on the right.
The overall mammographic grading was M3 on the right and M2 on the left.
Review of screening mammographer notes showed "skin lesions".
Patient was recalled for further evaluation and clinical examination confirmed skin lesions.
Breast ultrasound was normal on both sides; in particular, there were no cysts or fibroadenomas (as the differential for well defined lesions on mammograms). Ultrasound also showed heterogenous echo-texture, variable sized subcutaneous lesions without hypervascularity.
The imaging and clinical findings were consistent with neurofibromas. No further imaging/tissue diagnosis was deemed necessary.
Discussion
First the patient was invited for mammogram in the course of a breast screening programme. The patient was asymptomatic. There was no family history of breast cancer.

The clinical suspicion of neurofibromatosis NF1 was confirmed.
NF1 is a neurocutaneous syndrome; there are two main types of peripheral nerve sheath tumours, neurofibroma and schwannoma, and a malignant form, malignant peripheral nerve sheath tumour. MRI is rarely performed for diagnostic reasons and findings depend largely on the characteristics of the tumour. Neurofibromas show low to intermediate signal intensity on T1 weighted images and heterogeneous signal intensity on T2 weighted images. The hyperintense regions on T2 weighted images correspond to areas of cystic degeneration or myxoid matrix, whereas the hypointense regions represent collagen and fibrous tissue. Hypointense areas on T2 weighted images may enhance following gadolinium administration [5]

NF1 gene is a tumour suppressor gene and those with the mutation are at a fourfold increased risk of cancer compared with the general population due to down regulation of the oncogene ras. In 40-49 yrs age group, breast cancer risk in the UK population is 1.5 times, those with a 3–8% risk are considered to be at moderately increased risk and deemed suitable for breast cancer screening from 40 years of age [6].

As both NF1 and BRCA1 are on human chromosome 17q, both could share a common gene location, the risk would be multifold in a patient with simultaneous occurrence of both mutations. Radiation exposure can sometimes trigger malignant transformation in otherwise benign tumours in NF1 patients; younger patients should be offered early screening with MR till their risk is reduced to normal population level at around 50 years of age. Although our patient was no longer in the high risk group, she was referred for genetic counselling in line with best practice recommendations [2].

Since this group (NF1) of patients usually have the confirmed diagnosis well before reaching the recommended screening age of 40 yrs, it is a case of raising the awareness of increased risk amongst clinicians who could suggest early breast screening for NF1 patients when reviewing them for other reasons.
Differential Diagnosis List
Neurofibromatosis NF1
Breast cysts
Fibroadenomas
Final Diagnosis
Neurofibromatosis NF1
References

[3] (2007) Women with neurofibromatosis 1 are at a moderately increased risk of developing breast cancer and should be considered for early screening. (PMID: 17369502)

[6] (2007) Women with neurofibromatosis 1 are at a moderately increased risk of developing breast cancer and should be considered for early screening. (PMID: 17369502) 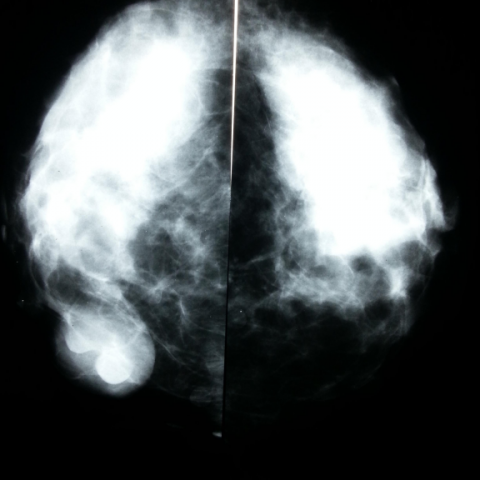 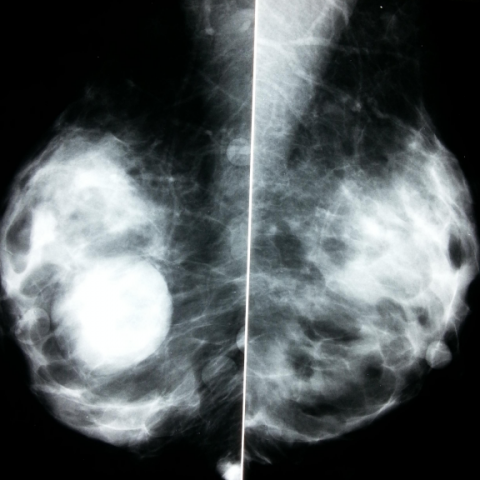 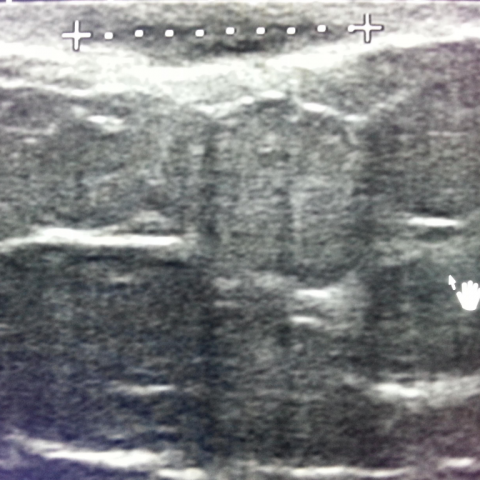 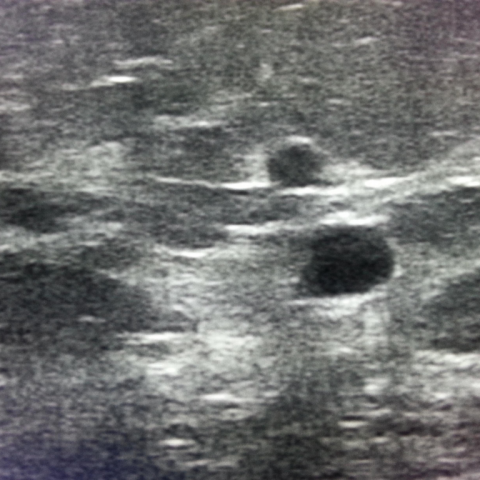 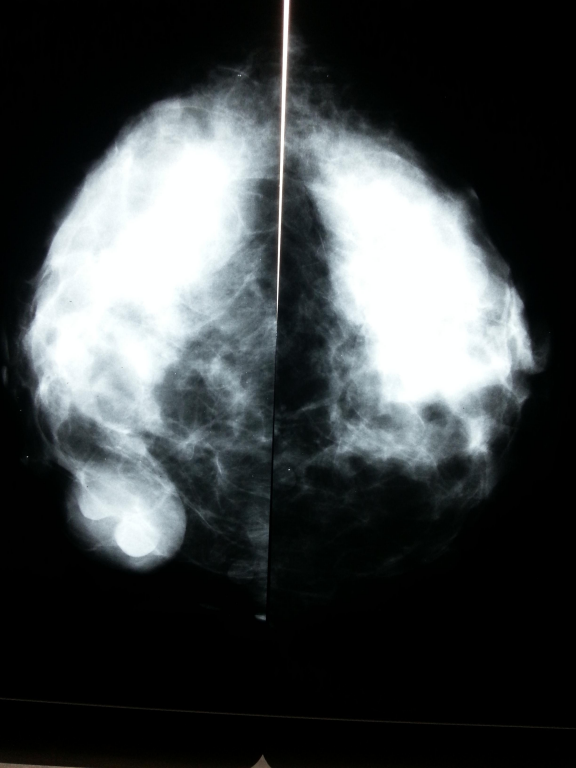 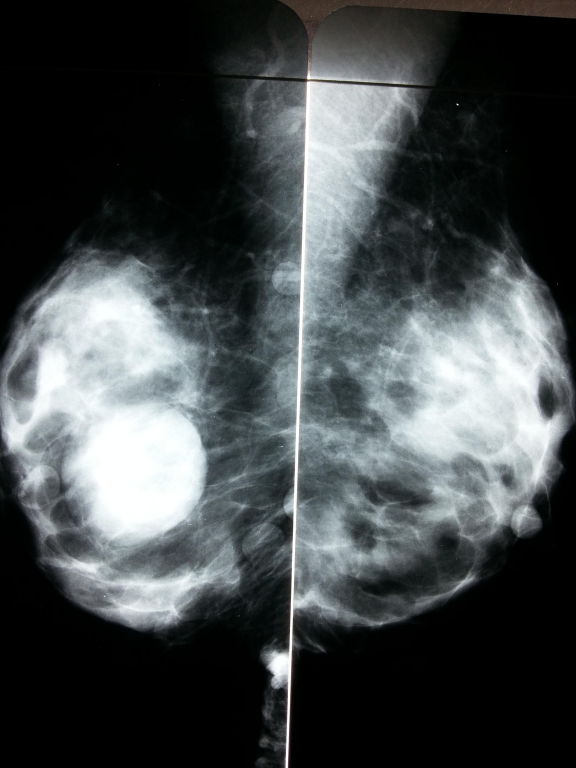 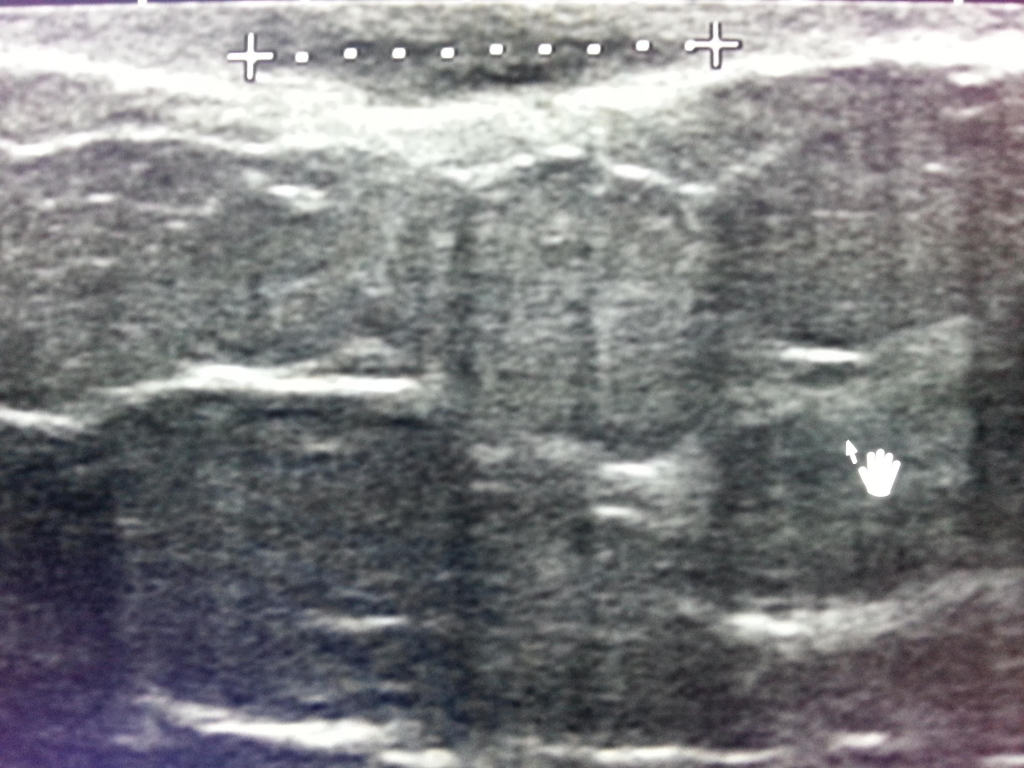 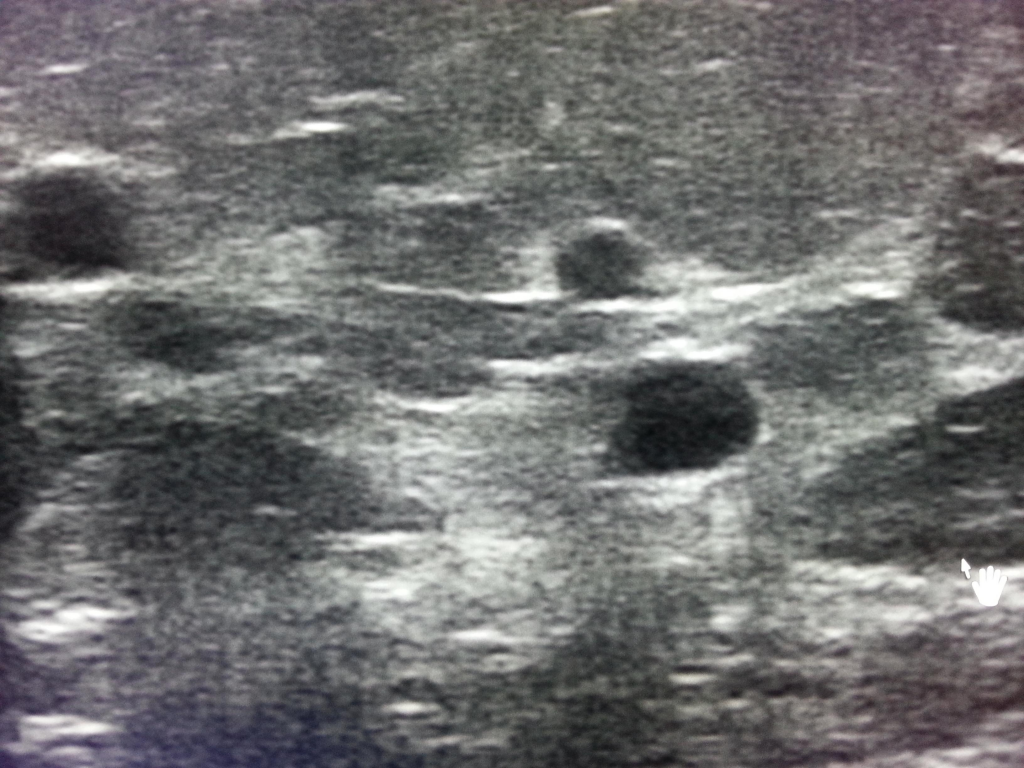 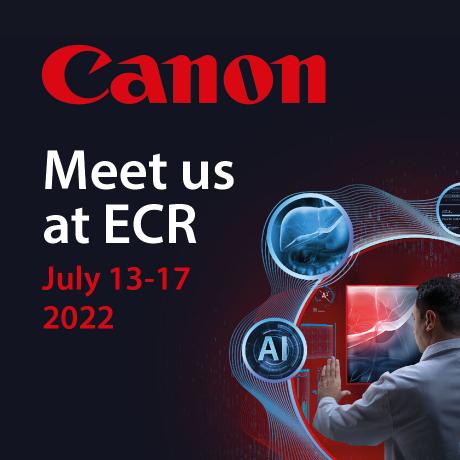