Categories
Area of Interest Abdomen, Arteries / Aorta, Spleen ; Imaging Technique CT-Angiography, PACS, Ultrasound ;
Procedure Diagnostic procedure, Surgery ; Special Focus Dissection ;
Show more Show less
View full case Show related cases Notify admin
Clinical History
A 37-year-old patient without any significant medical history presented to our emergency department with epigastric pain and heaviness two days after having received a minor impact to his left hypochondriac region. He was haemodynamically stable. The usual laboratory tests were unremarkable.
Differential Diagnosis List
Log in to take the quiz and to see the final diagnosis
Isolated coeliac dissection after blunt trauma
Coeliac extension of aortic dissection
Coeliac artery thrombosis
Imaging Findings
Abdominal sonography demonstrated a double lumen sign of the splenic artery and intraluminal echogenic material in the coeliac artery which was dilated. No lesion of the visceral organs was noted, and there was no free fluid.
Computed tomography angiography (CTA) showed an intimal flap within the coeliac artery with extension into the splenic artery as well as the common hepatic artery. Hyperdense thrombus was present in the false lumen of the splenic artery. There was a 17 mm dilation of the coeliac artery of the dissecting aneurysm type. Further irregularities were found at the hepatic artery bifurcation and in the proximal right hepatic artery. Stenosis was noted at the origin of the coeliac artery, related to the dissection as well as an arcuate ligament. There was no proximal extension of the dissection to the abdominal aorta and no evidence of hepatic or splenic infarction.
Discussion
Isolated coeliac artery dissection after blunt trauma is a rare condition, the least frequent of all abdominal vascular injuries. Typically, it results from penetrating trauma. The majority of the cases in the literature is associated with severe visceral or vascular injuries [1]. Risk factors include atherosclerosis, trauma, fibromuscular dysplasia, connective tissue disorders, and previous abdominal surgery that may weaken the vessel wall [2, 3]. In addition, any mechanism increasing the intraluminal flow rate, such as stenosis or occlusion of another abdominal artery may predispose to artery dissection [3]. In some patients and particularly during expiration, there is compression of the coeliac artery by the median arcuate ligament. It has been suggested that a rapid increase of blood flow during expiration predisposes to weakness of the vessel wall, promoting aneurismal formation [4] which then may pose an increased risk of dissection.

In coeliac dissection patients may present with epigastric bruit, intestinal angina, weight loss and postprandial pain, associated with nausea, vomiting, or diarrhoea. Symptoms of liver failure may be present such as jaundice, elevated transaminases, and hypocoagulation. Initial CT may be negative for dissection and should be repeated if clinical suspicion of dissection is high, in order to avoid the severe consequences of liver failure secondary to thrombosis and infarction [1, 2].

Sonography is considered the initial modality of choice for patients with abdominal pain, but visceral arteries may be difficult to assess. CTA findings include an intimal flap, false lumen thrombosis, infiltration of surrounding fat, aneurysm of the coeliac trunk and its branches. Splenic infarctions may be present [5]. The specificity and sensitivity of CTA are up to 95% making it the gold standard. Conventional angiography may be useful in doubtful cases but is not systematically used because of its invasiveness [1].

Treatment of coeliac dissection includes haemodynamic surveillance, pain control, and anticoagulation [1, 2]. Endovascular stent placement should be discussed in cases of hepatic or splenic infarction. In general, liver failure and signs of acute bleeding are associated with poor prognosis [2]. Our patient developed splenic infarcts on follow-up CTA as well as worsening liver function tests. Stent placement was not possible because of the presence of an arcuate ligament necessitating an aorto-hepatic bypass. 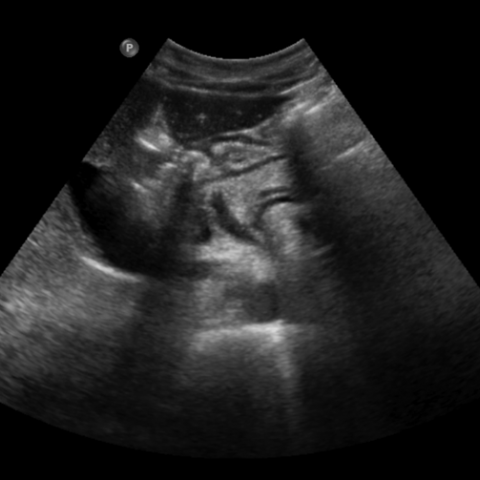 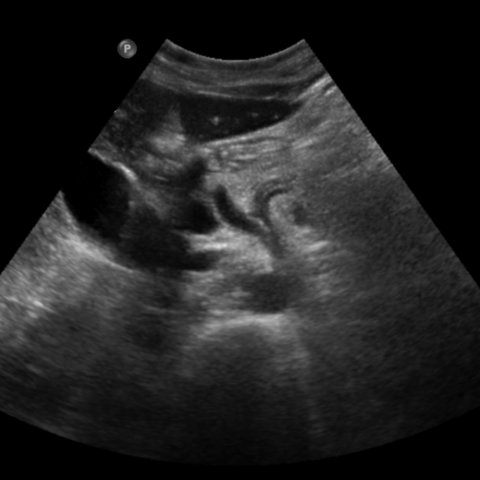 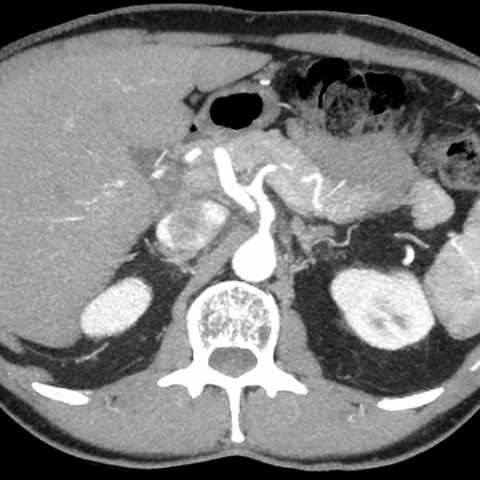 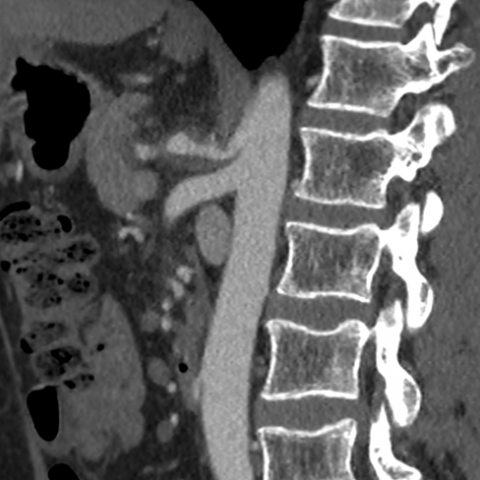 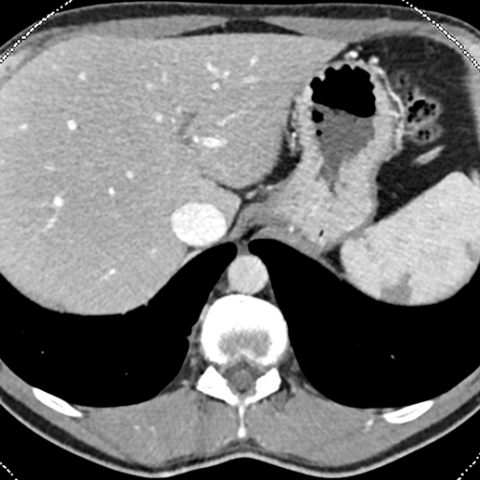 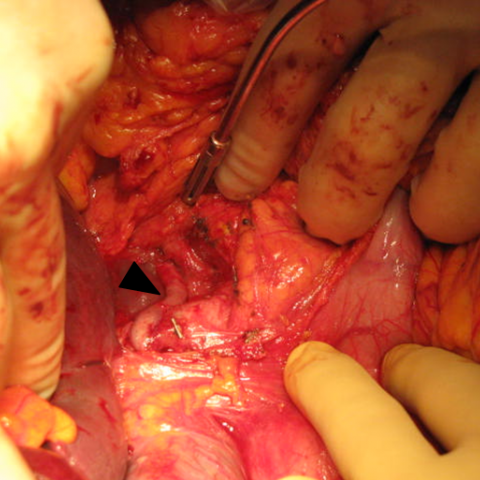 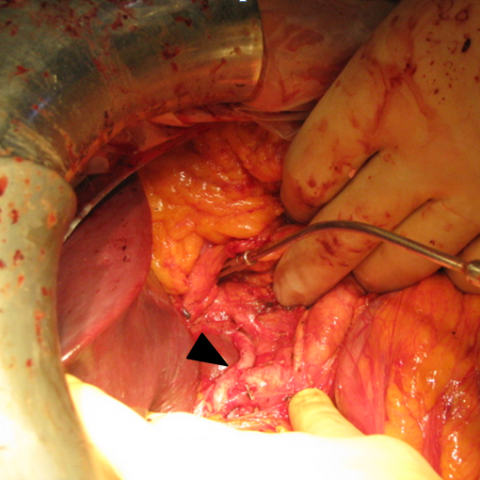 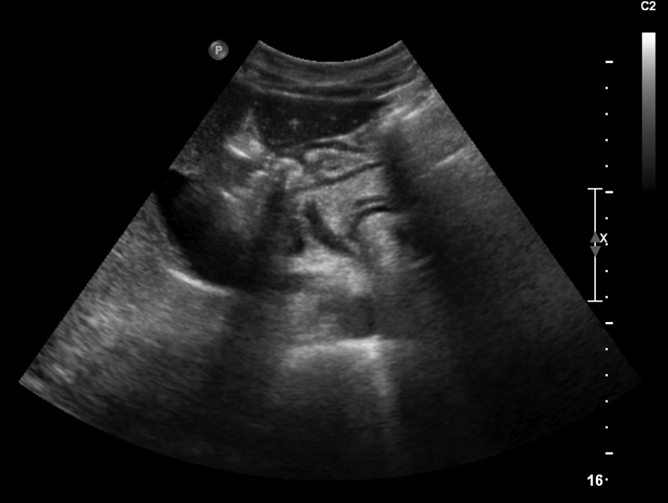 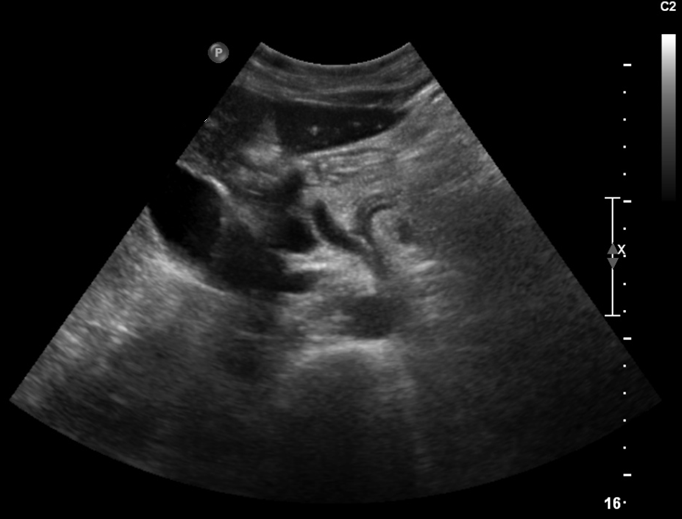 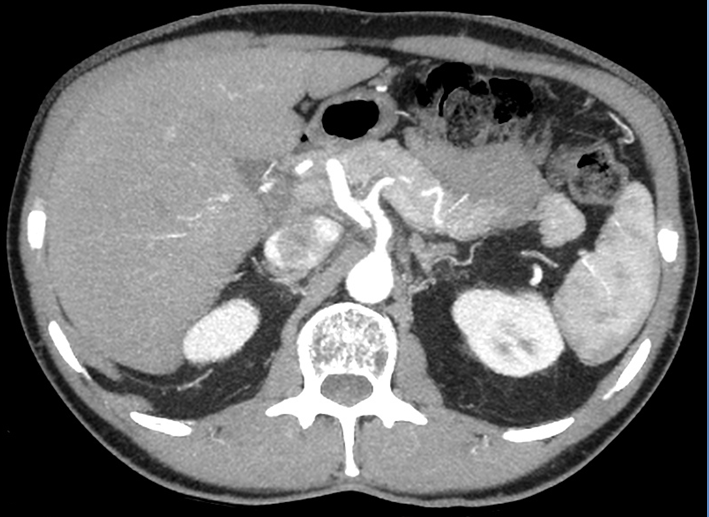 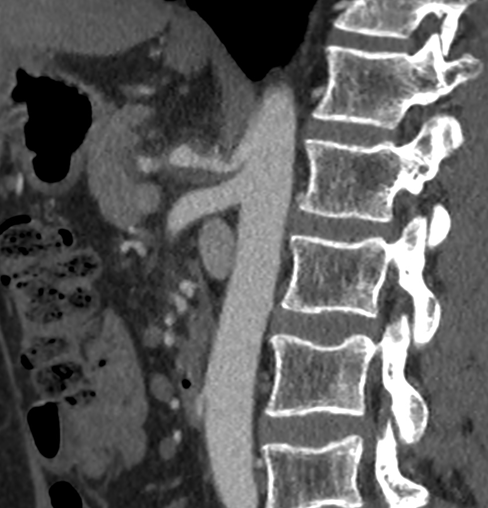 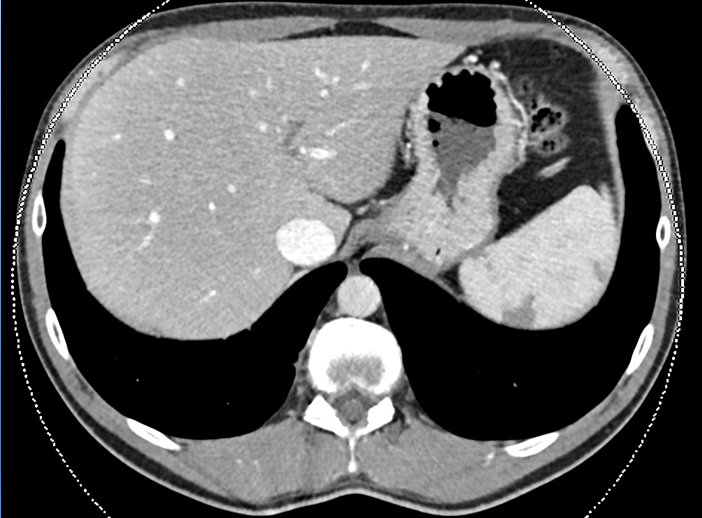 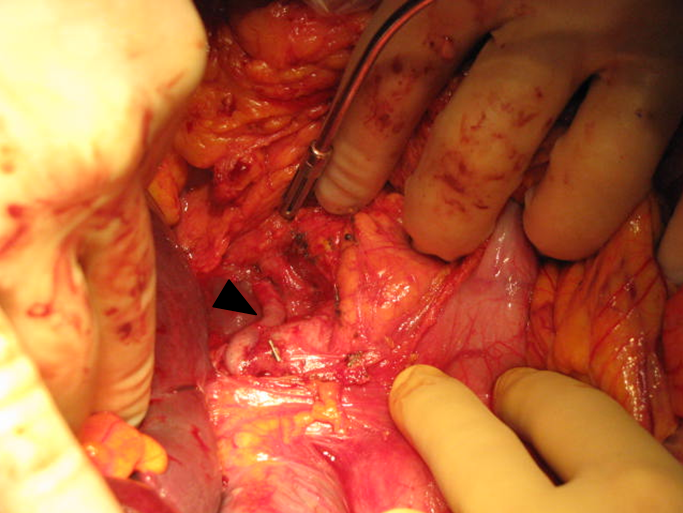 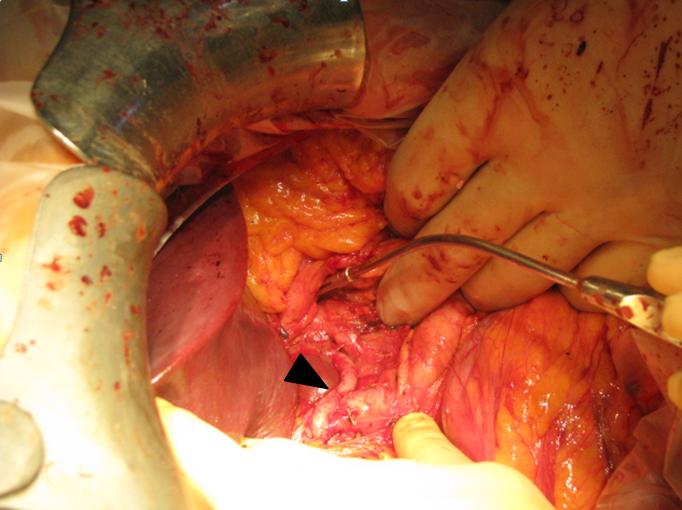