MDCT imaging of the thorax (Figs. 2, 3 and 4) with administration of iodinated contrast medium was performed.
Discussion
Behçet disease (BD) is a rare multisystemic, chronic inflammatory disorder with an unknown aetiology. It is suggested that there may be a genetic predisposition (human leukocyte antigen [HLA], HLA-B51) and that certain microorganisms may play a role. It is most frequently seen in the third decade of life and is more common in men. BD is most frequently seen in Mediterranean, Middle East, and Far East countries [1]. Recurrent oral and genital ulcers and uveitis are the clinical triad of the disease.

BD can involve blood vessels of all sizes. Venous involvement is more frequent than arterial involvement, and accounts for over 85% of vascular involvement [2]. Arterial involvement is rare and accounts for less than 15% of vascular involvement. Arterial manifestations of the disease involve aneurysm formation (65%) and occlusions (35%) [1]. The most common cause of pulmonary artery aneurysm is BD [3]. Aneurysms can be seen in the main pulmonary arteries or their branches and are a characteristic CT finding. Patients with pulmonary aneurysms are known to have a poor prognosis [3].

BD appears to target certain organs and tissues: the eyes, mouth, skin, lungs, joints, brain and gastrointestinal tract. Ulceration similar to recurrent aphthous stomatitis occurs in all patients diagnosed with BD. Oral ulceration is the initial clinical feature of up to 86.5% of patients with BD. Genital ulcers initially manifest as papules or pustules that later ulcerate. Ocular manifestations include uveitis, bilateral swelling of the optic nerve, retinal vasculitis, and bilateral lamellar macular hole. Ocular disease in 43% to 65% of patients [4]. Neurological complications involve the central nervous system (CNS). CNS disease is a serious complication of BD and may manifest as pseudotumour cerebri, brain-stem involvement, neuropsychiatric symptoms, and meningo-encephalitis [5].

In patients with BD, aneurysms of the thoracic aorta, pulmonary arteries or mediastinal veins can be seen as hilar or mediastinal enlargements on plain chest radiographs. Pulmonary parenchymal involvement may appear as nonspecific focal opacities on plain radiographs. MDCT with contrast enhancement is method of choice in workup of BD and can demonstrate vascular, mediastinal, pulmonary parenchymal and pleural findings suggestive of the disease very effectively. 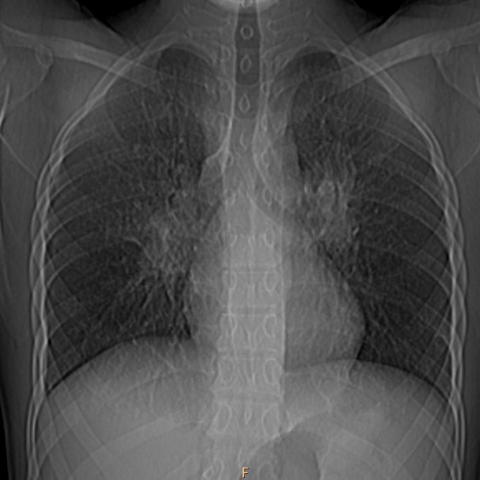 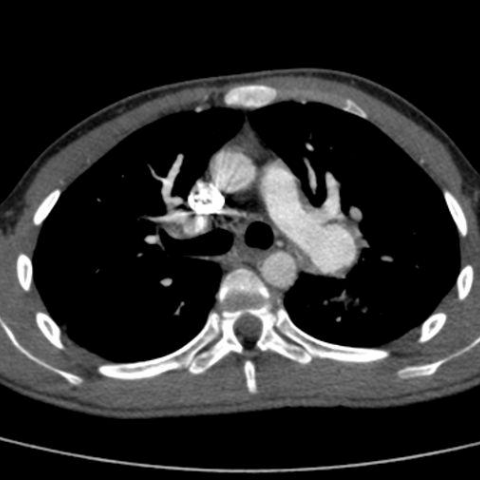 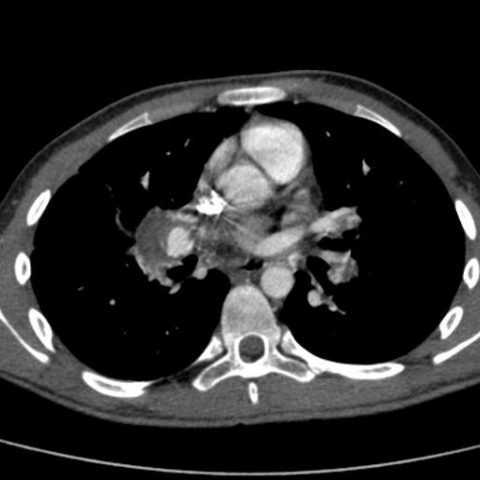 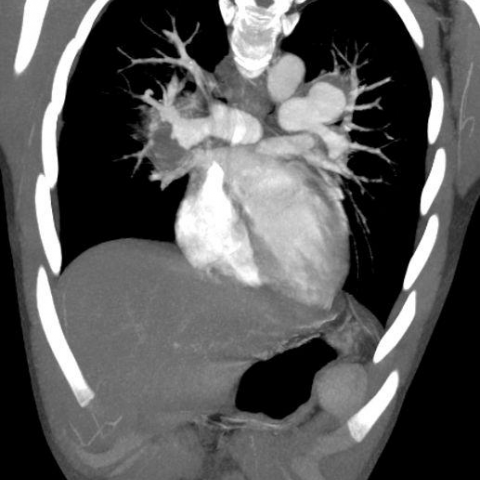 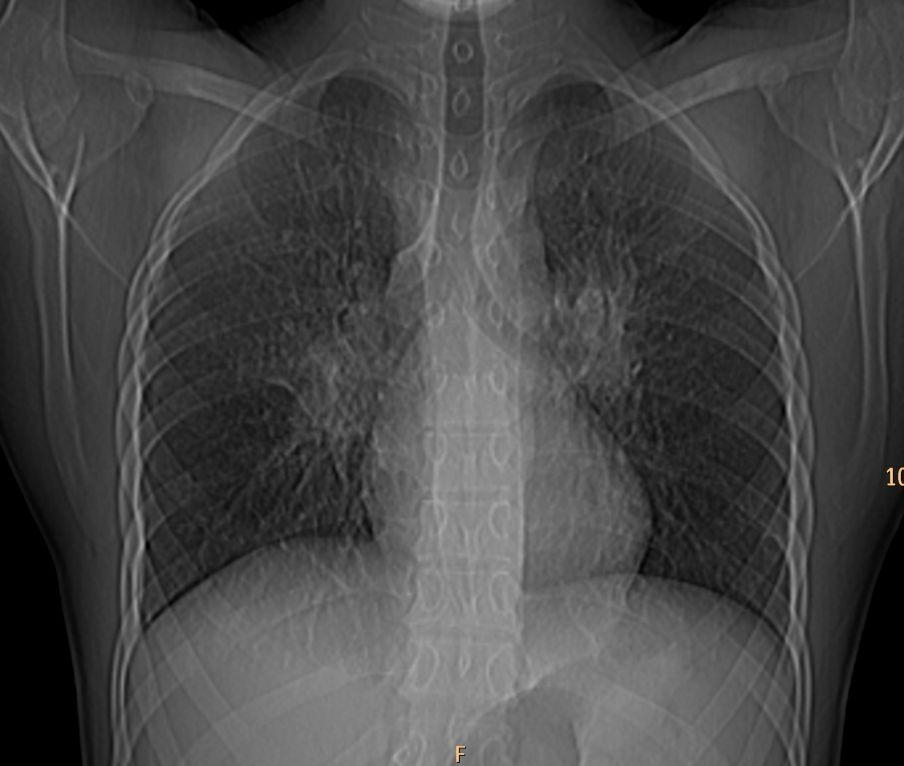 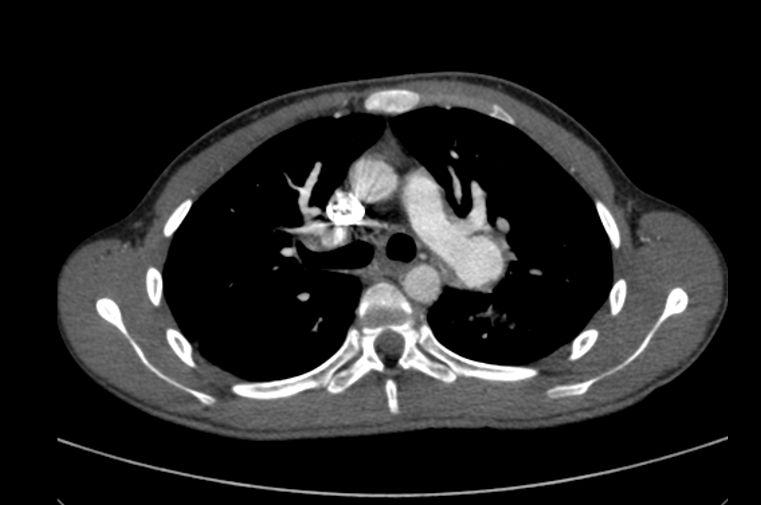 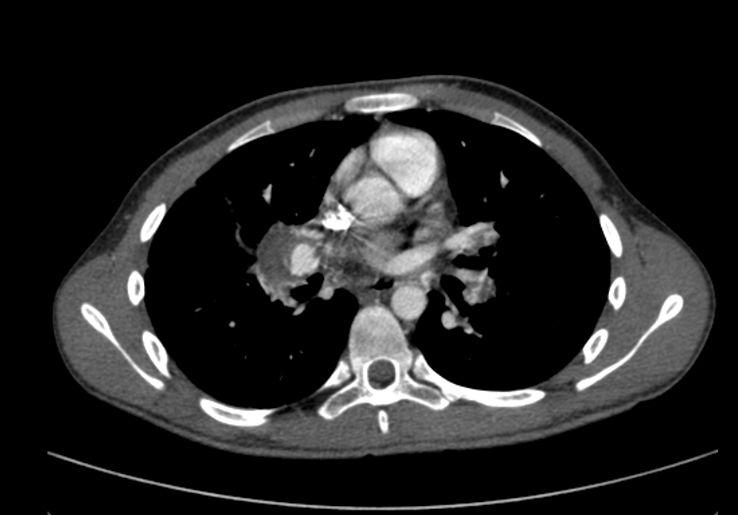 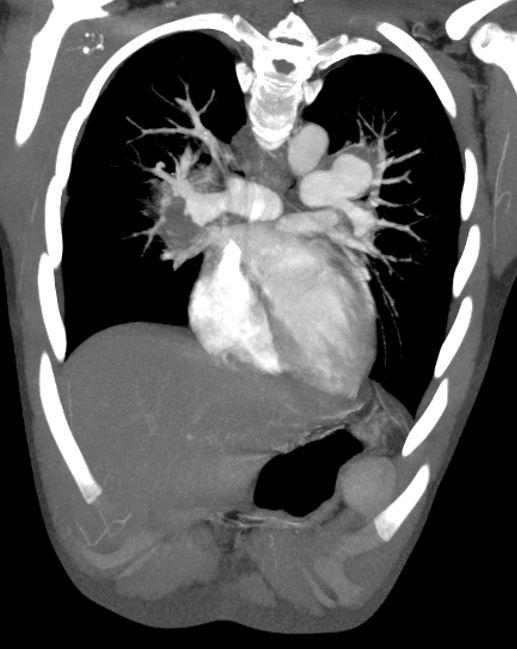