Categories
Area of Interest Pelvis ; Imaging Technique MR ;
Procedure Diagnostic procedure ; Special Focus Diverticula ;
Show more Show less
View full case Show related cases Notify admin
Clinical History
A 46-year-old woman complained of pain and swelling on the anterior vaginal wall. Gynaecological examination revealed an ill-defined zone of induration in the lower third of the anterior vaginal wall, with drainage of pus through the urethral meatus after compression.
Differential Diagnosis List
Log in to take the quiz and to see the final diagnosis
Urethral diverticulum.
Gartner duct cyst
Infected cyst of Skene
Endometriosis of the vaginal vault
Imaging Findings
A pelvic MR examination was performed, revealing a cystic multiloculated T2-hyperintense lesion surrounding the midurethra, containing several internal septations, a fluid-debris level and assuming a “saddlebag” appearance (Figs. 1-3). A small connection was seen between the cystic lesion and the urethral lumen (Fig. 1c).
The diagnosis of a urethral diverticulum was made and the patient underwent surgery with remission of symptoms and a good outcome.
Discussion
Urethral diverticula are protrusions of the urethra into the periurethral fascia, and are estimated to occur in 1-6% of women, although the true prevalence of this disorder is likely underestimated due to misdiagnosis. Although usually diagnosed between the third and fifth decade of life, they can affect all age groups [1].

Female urethral diverticulum is a frequenty overlooked condition associated with an array of nonspecific genitourinary symptoms; the classic clinical presentation has been described as a triad: dysuria, dyspareunia and postvoid dribbling. Other manifestations include urinary frequency and urgency, recurrent urinary tract infection, pelvic pain, incontinence, urine retention and haematuria. Findings at physical examination are also diverse and often do not contribute for a prompt diagnosis, with the most frequent being a tender cystic lesion located in the anterior vaginal wall [2].

The vast majority of urethral diverticula result from acquired causes, with the most widely accepted theory involving rupture of a chronically obstructed and infected paraurethral gland into the urethral lumen. Other acquired causes (e.g., obstetric trauma, urethral or vaginal instrumentation) are less common [3].

The most frequent location for urethral diverticula is the middle third of the urethra, involving the posterolateral wall at the level of the pubic symphysis, where the paraurethral glands and ducts predominate. The urethral diverticular cavity can be well seen as single or multiple, unilocular or multilocular, have a narrow or wide neck and demonstrate various degrees of circumferential extension, going from a simple round unilocular lesion to a U-shaped or circumferential diverticulum extending completely around the urethra and often having a “saddlebag” appearance [4, 5].

The diagnosis of female urethral diverticulum has traditionally been based on findings from conventional methods such as contrast material-enhanced radiography (voiding cystourethrography, double-balloon urethrography) or fiberoptic urethroscopy. Because of its superb resolution, increased signal-to-noise ratio, and multiplanar capability, MR imaging has become the imaging modality of choice for diagnosis and preoperative planning in female patients with urethral and periurethral disease, consistently overcoming the intrinsic limitations of the previous imaging methods [3].
Important additional advantages of MR imaging for preoperative planning of urethral diverticulum include its capacity to demonstrate the location and configuration with radial and circumferential extent, as well as to provide vital information concerning size, number, possible sac contents, mass effect, and position of the neck, resection of which is critical in preventing recurrence [3-5].
References 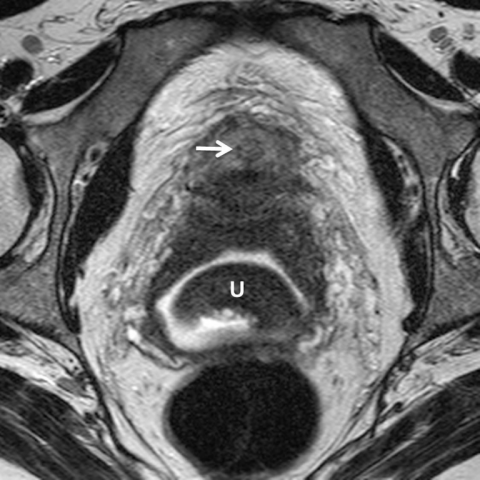 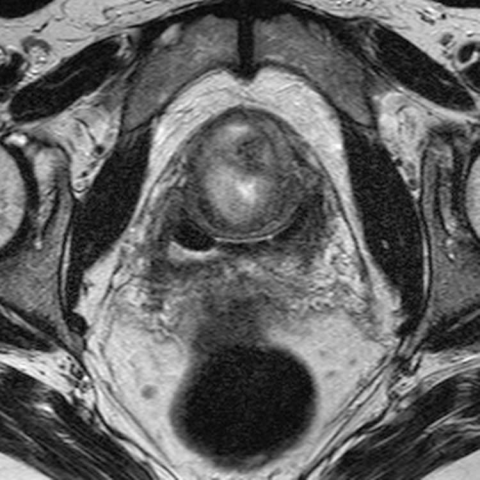 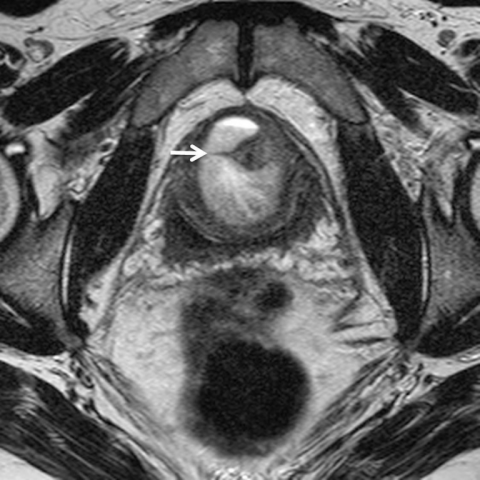 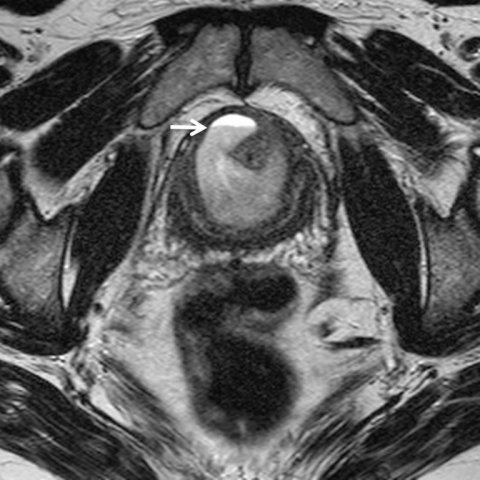 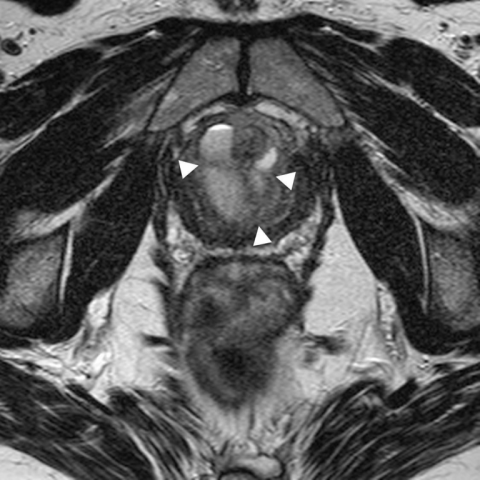 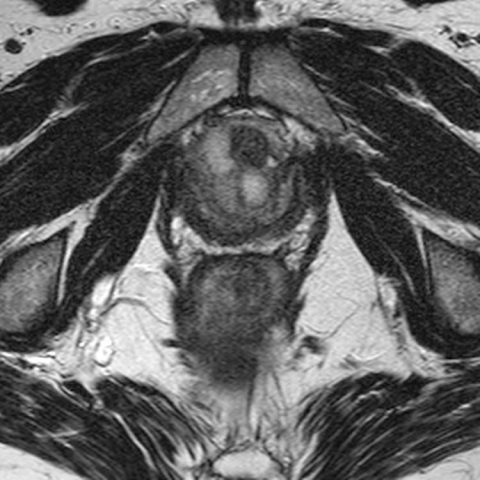 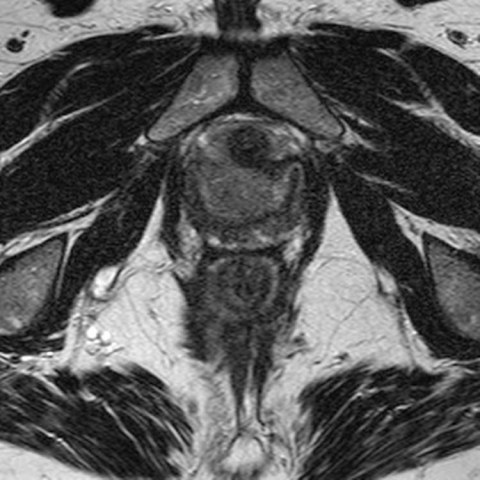 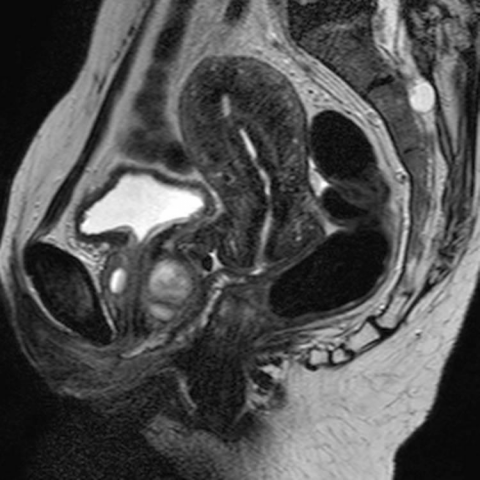 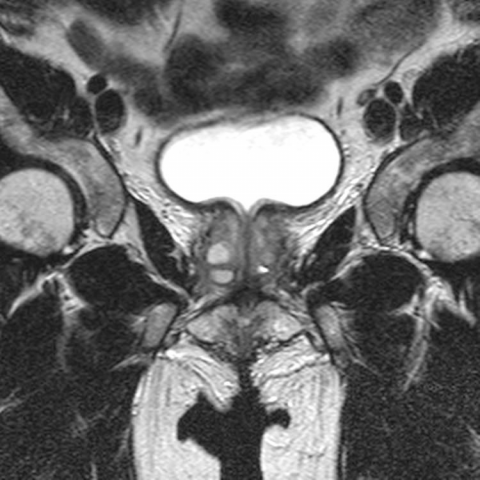 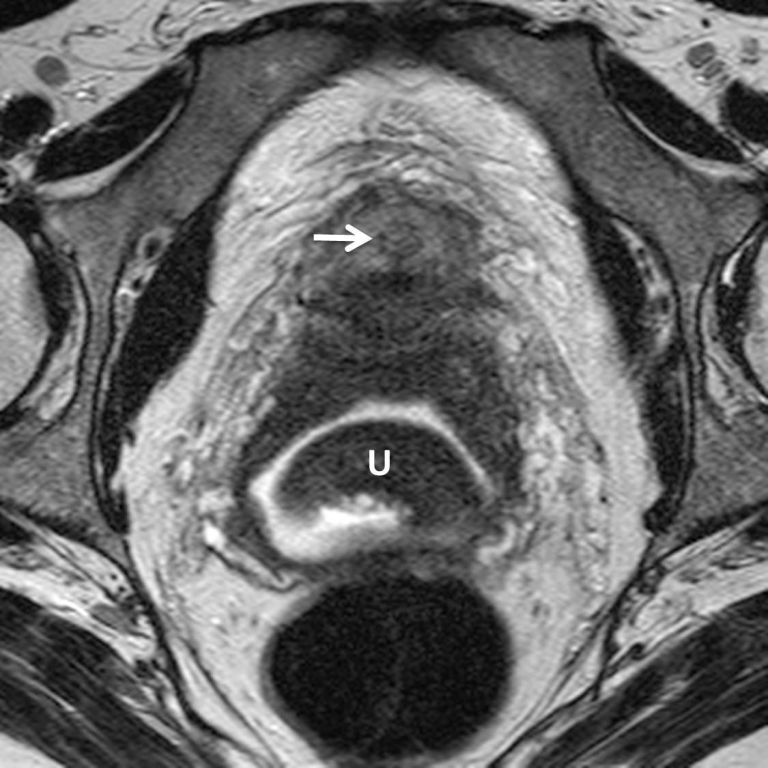 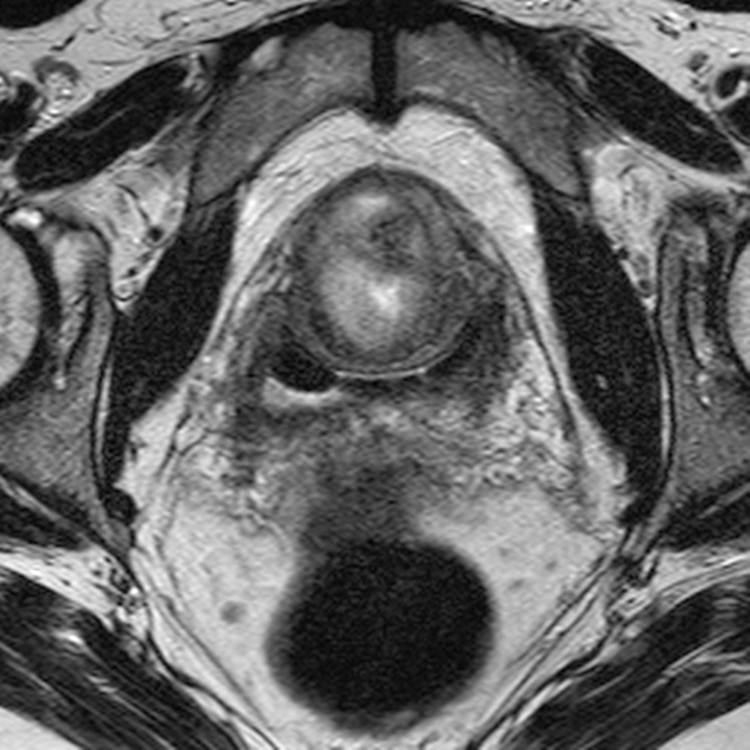 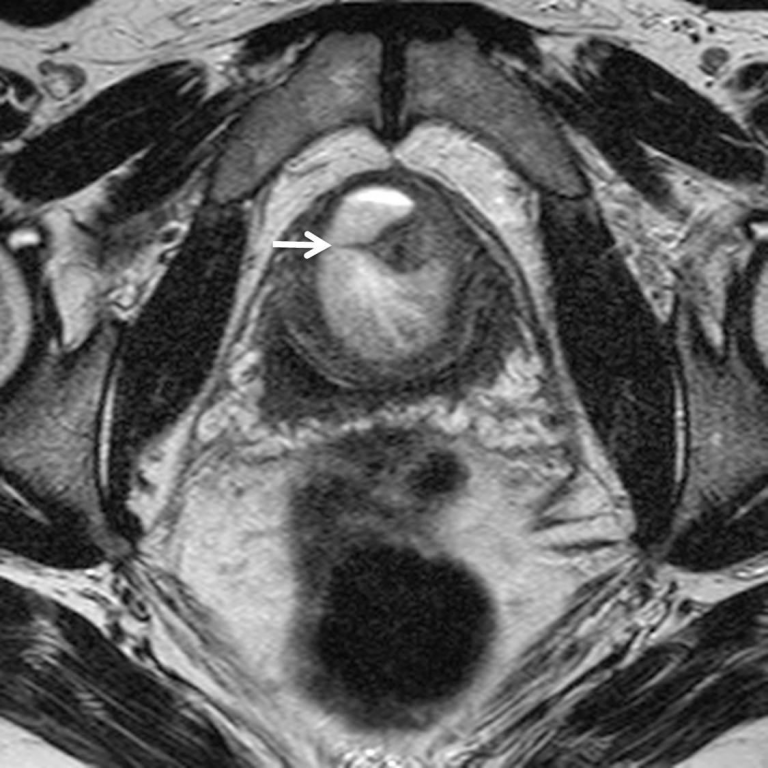 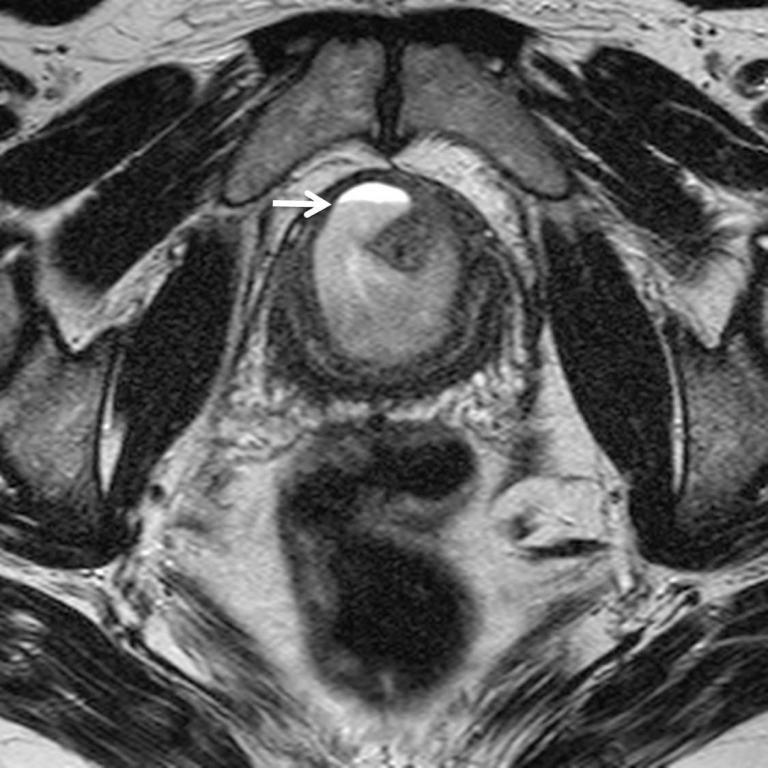 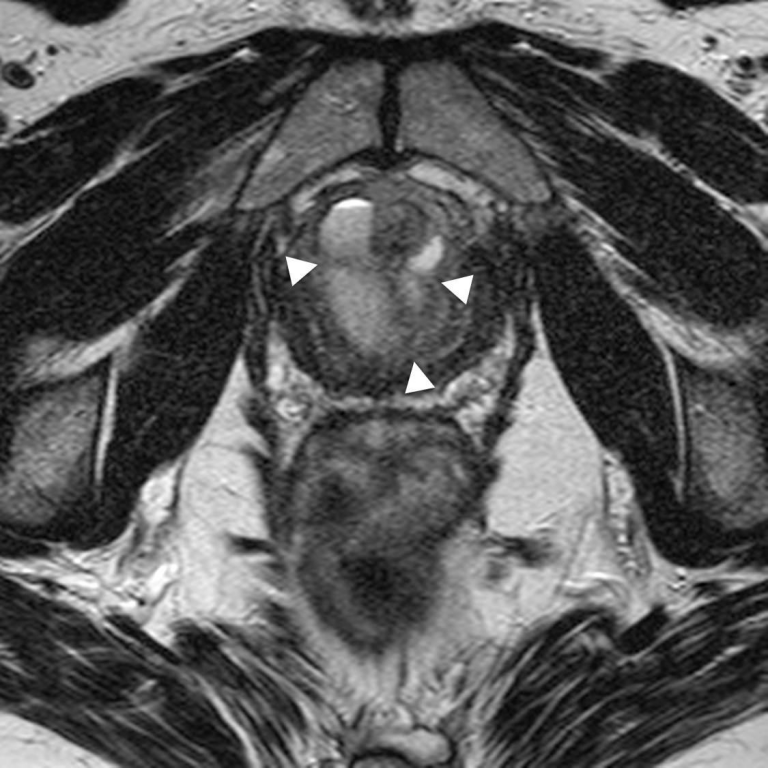 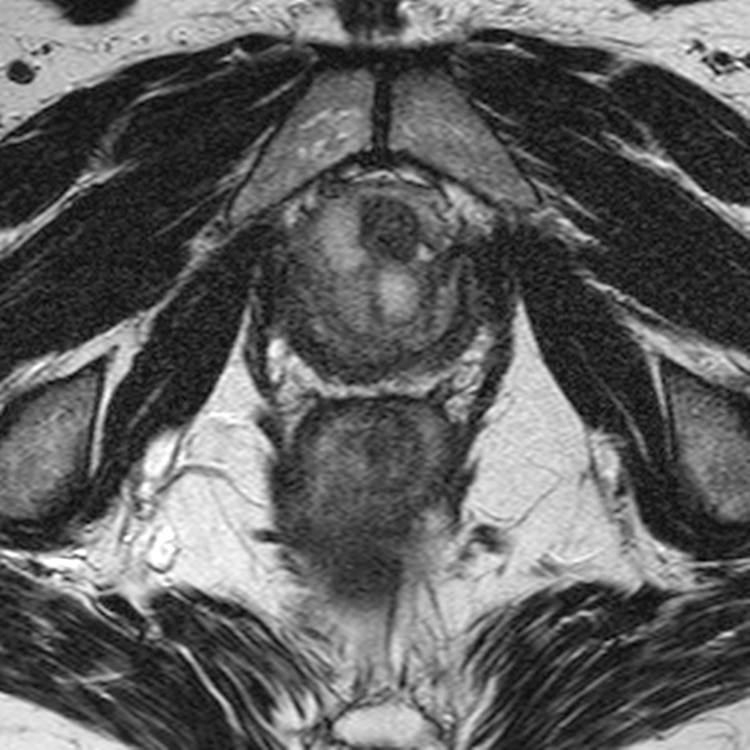 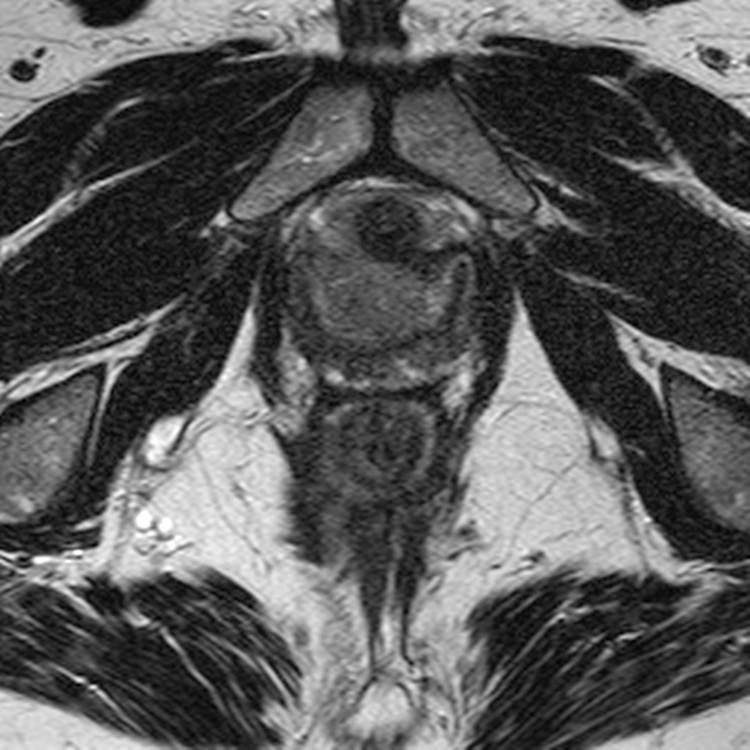 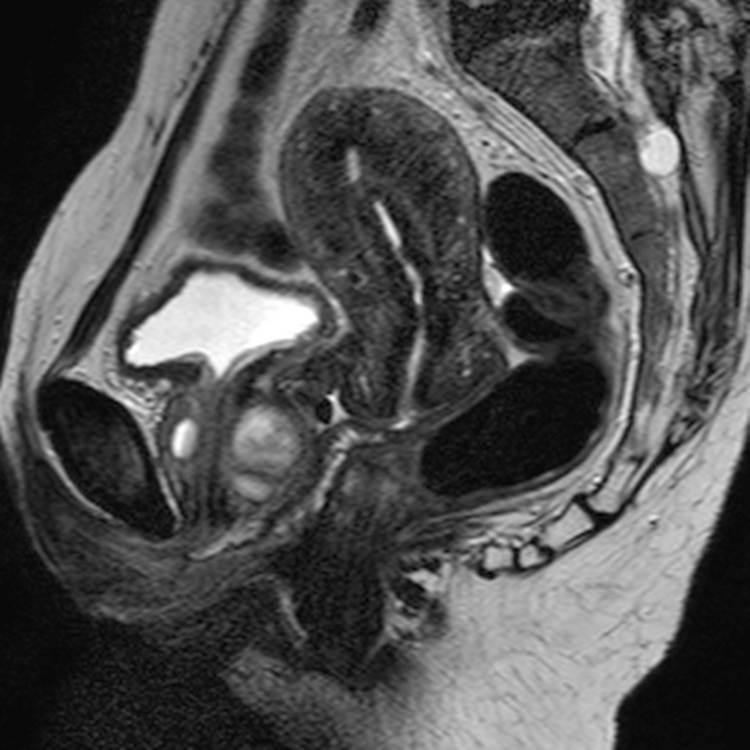 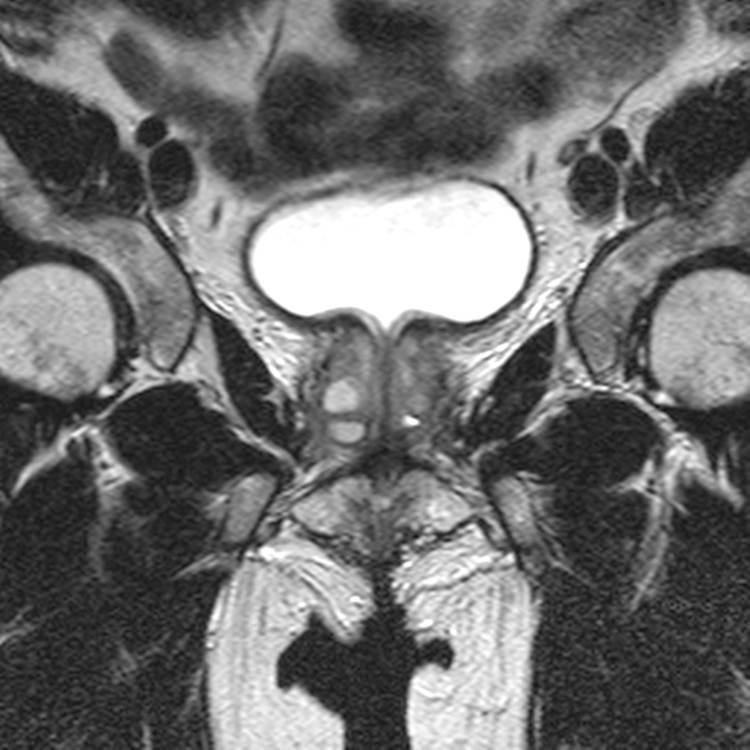